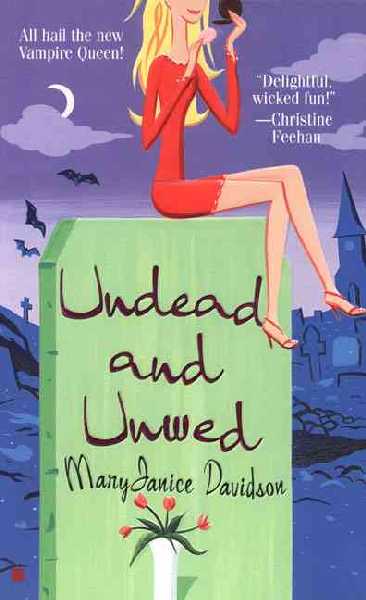 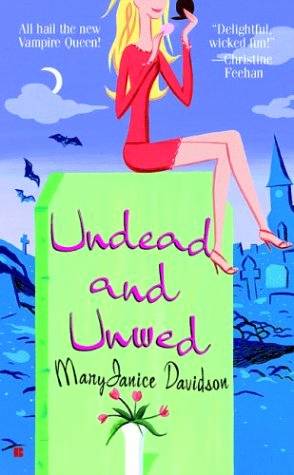 An Ellora’s Cave, Inc. electronic publication in association with author:

This book/e-book may not be reproduced in whole or in part by email forwarding, copying, fax, or any other mode of communication without author and publisher permission.

an old friend and newly discovered jewel in one package.

The day I died started out bad and got worse in a hurry.

I hit my snooze alarm a few too many times and was late for work. And didn't have time for breakfast. Okay, that's a lie, I gobbled a pair of chocolate Pop Tarts while waiting for the bus. My mom would have approved (who do you think got me hooked on the darned things?), but a nutritionist would have smacked me upside the head with her calorie counter.

At a nine a.m. meeting I found out the recession (the one the President has been denying for two years) had hit me right between the eyes: I had been laid off. Not unexpected, but it hurt, just the same. They had to slash costs, and god forbid any of senior management be shown the door. Nope; the clerks and secretaries had been deemed expendable.

I cleaned out my desk, avoided the way my co-workers were avoiding looking at me (the ones left, that is), and scuttled home.

As I walked through my front door I saw my answering machine light winking at me like a small black dragon. The message was from my stepmonster: "Your father and I won't be able to make it to your party tonight...I just realized we have an earlier commitment. Sorry." Sure you are, jerk. "Have fun without us." No problem. "Maybe you'll meet someone tonight." Translation: Maybe some poor slob will marry you and take you off my hands. My stepmonster had, from day one, related to me in only one way: as a rival for her new husband's affections.

I went into the kitchen to feed my cat, and that's when I noticed she'd run away again. Always looking for adventure, my Giselle (although it's more like I'm her Betsy).

I looked at the clock. My, my. Not even noon.

Happy birthday to me.

As it turned out, we had a freak April snowstorm, and my party was postponed. Just as well...I didn't feel like going out, putting on a happy face, and drinking one too many daiquiris. The Mall of America is a terrific place, but I've got to be in the mood for crowds, overpriced retail merchandise, and six dollar drinks. Tonight I wasn't.

Nick called around eight p.m., and that was my day's sole bright spot. Nick Berry was a detective who worked out of St. Paul. I'd been attacked a couple of months before, and...

Okay, well, "attacked" is putting it mildly. I don't like to talk about it—to
think
about it—but what happened was, a bunch of creeps jumped me as I was leaving Kahn's Mongolian Barbecue (all you can eat for $11.95, including salad, dessert, and free refills). I have no idea what they wanted—they didn't take my purse or try to rape me. Basically, they clawed and bit at me like a bunch of rabid squirrels while I fended them off with the toes of my Manolo Blahniks and screamed for help as loud as I could...so loud I couldn't speak above a whisper for three days. Help didn't come, but the bad guys ran away. Skittered away, actually. While I leaned against my car, concentrating on not passing out, I glanced back and it looked like a few of them were on all fours.

Nick was assigned to the case, and he interviewed me in the hospital while they were disinfecting the bite marks. All fifteen of them. The intern who took care of me smelled like cilantro and kept humming the theme from Harry Potter.

That was last fall. Since then, more and more people—they didn't discriminate between women and men—were being attacked. The last two had turned up dead. So, yeah, I was freaked out by what happened, and I'd sworn off Kahn's until the bad guys were caught, but mostly I was grateful it hadn't been worse.

Anyway, Nick called and we chatted and, long story short, I promised to come in to look through the Big Book O' Bad Guys one more time. And I would. For myself, to feel like I was being pro-active, but mostly to see Nick, who was exactly my height (six feet), dark blonde, swimmer's build, and looked like an escapee from a Mr. Hardbody calendar. I've broken the law, Officer, take me in.

Making Officer Nick my eye candy would be the closest I've gotten to getting laid in...what year was it? Not that I'm a prude. I'm just picky. I treat myself to the nicest, most expensive shoes I can get my hands on, which isn't easy on a secretary's budget. I save up for months to buy the dumb things. And those only have to go on my feet.

Yep, that's me in a nutshell: Elizabeth Taylor (don't start!), single, dead-end job (well, not anymore), lives with her cat. And I'm so dull, the fucking cat runs away about three times a month just to get a little excitement.

And speaking of the cat...I had just heard her telltale
Riaaaooowwwww!
from the street. Super! Giselle hated the snow. She had probably been looking for a little spring lovin' and gotten caught in the storm. Now she was outside waiting for rescue. And when I
did
rescue her, she'd be horribly affronted and wouldn't make eye contact for the rest of the week.

I slipped into my boots and headed into the yard. It was still snowing, but I could see Giselle crouched in the middle of the street like a small blob of shadow. One with amber-colored eyes. I wasted ten seconds calling her—
why
do I call cats?—then clomped through my yard into the street.

Normally this wouldn't be a problem, as I live at the end of the block and it's a quiet street. However, in the snow on icy roads, the driver didn't see me in time. When he did, he did the absolutely worst thing: slammed on his brakes. That pretty much sealed my doom.

Dying doesn't hurt. I know that sounds like a crock, some touchy-feely nonsense meant to make people feel better about biting the big one. But the fact is, your body is so traumatized by what's happening, it shuts down your nerve endings. Not only did dying not hurt, I didn't even feel the cold. And it was only ten degrees that night.

I handled it badly, I admit. When I saw he was going to plow into me, I froze like a deer in the headlights. A big, dumb, blonde deer who had just paid for touch-up highlights. I couldn't move, not even to save my life.

Giselle certainly could; the ungrateful little wretch scampered right the hell out of there. Me, I went flying. The car hit me at forty miles an hour, which was survivable, and knocked me into a tree, which was not.

I heard things break. I heard my own skull shatter—it sounded like someone was chewing ice in my ear. I felt myself bleed. I felt my bladder let go involuntarily for the first time in twenty-six years. In the dark, my blood on the snow looked black.

My next memory was of opening my eyes to pure darkness. When I was a kid I read a short story about a preacher who went to Hell, and when he got there he discovered the dead didn't have eyelids, so they couldn’t close their eyes to block out the horror. Right away I knew I wasn't in Hell, since I couldn't see a thing.

I wriggled experimentally. I was in a small, closed space, which was an intriguing combination of soft and hard. I was lying on something hard, but the sides of my little cage were padded. If this was a hospital room, it was the strangest one ever. And where was everybody? I wriggled some more, then had a brainstorm and sat up. My head banged into something soft/hard, which gave way when I shoved. Then I was sitting up, blinking in the gloom.

At first I thought I was in a large, industrial kitchen.

Then I realized I was sitting in a coffin. Which had been placed on a large, stainless steel table. Which meant this wasn't a kitchen, this was—

I nearly broke something scrambling out. As it was, I moved too quickly and the coffin and I tumbled off the table and onto the floor. I felt the shock in my knees as I hit and didn't care; in a flash I was on my feet and running.

I burst through the doors and found myself in a large, wood-paneled entryway. It was even gloomier in here; there were no windows that I could see, just rows and rows of coat racks. At the far end of the entry was a tall, wild-eyed blonde dressed in an absurd pink suit. She might have been pretty if she wasn't wearing orange blusher and too much blue eye shadow. Her brownish-rose lipstick was all wrong for her face, too. She was so shockingly pale, just about any makeup would have been wrong for her.

She wobbled toward me on cheap shoes—Payless, buy one pair get the second at half price—and I saw her hair was actually quite nice: shoulder-length, with a cute flip at the ends and interesting streaky highlights.

I staggered closer to the mirror, wide-eyed. Yes, it was really me, and yes, I looked this awful. Well, why wouldn't I? I was dead, wasn't I? That silly ass in the Pontiac Aztek had killed me, hadn't he?

I was dead but too dumb to lie down. Dead and walking around inside the funeral home in a cheap suit and fake leather shoes. The funeral must be tomorrow...later today, I amended, looking at the clock. And my jerkweed of a stepmother must have picked out this outfit for me. And...

I slipped one of the shoes off, looked at the inside.
Property of Antonia O'Neil Taylor
.

The bitch meant to bury me wearing her cast-off shoes! This seemed more of an injustice than being driven into a tree while my cat watched.

My cat! Who was going to look after the little monster? Jessica, probably, or maybe my mother...yes, probably my mother.

It occurred to me that I should seek out my grieving friends and family and tell them I had no intentions of being buried. Then sanity returned. I was dead. I'd been zombified or whatever, and needed to finish the job the guy in the Aztek had started. Or maybe this was purgatory, a task set for me, something I had to finish before God opened the gate.

I had the fleeting thought that the doctors in the ER had made a mistake, but shook it off. I remembered, too well, the sound of my skull shattering. If it hadn't killed me, I'd be in an ICU now with more tubes than a chemistry classroom. Not dolled up like a…

…whore wearing cheap castoffs on my…

Gray Back Ghost Bear by T. S. Joyce
The Witch and the Wolf: Part One by Lola Kidd
Whispers by Robin Jones Gunn
A Hunted Man (The Men of Halfway House) by Reese, Jaime
The Virgin Sex Queen by Angela Verdenius
Demons Prefer Blondes by Sidney Ayers
The Alloy of Law: A Mistborn Novel by Sanderson, Brandon
Delay of Game by Catherine Gayle
A Series of Unfortunate Events: The Wide Window by Lemony Snicket
Dragonbards by Murphy, Shirley Rousseau