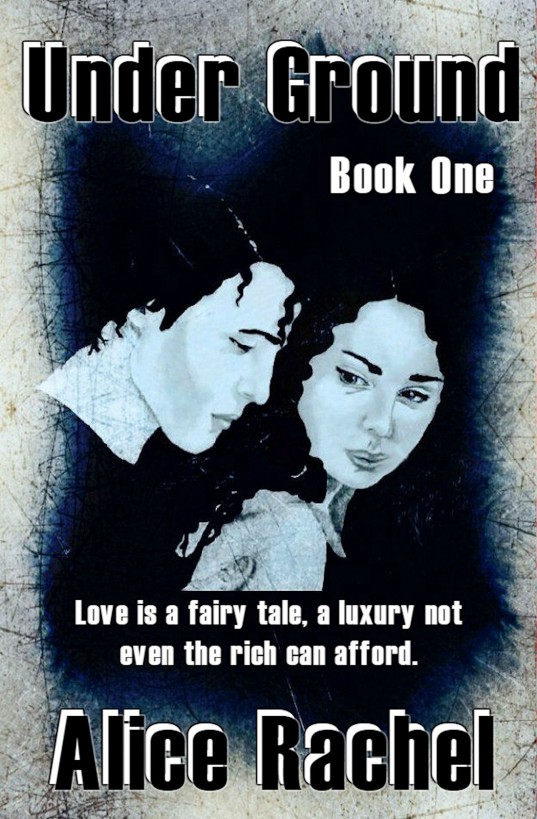 Love is a taboo, a mere
fantasy—

Raised in a society where women have
no rights, seventeen-year-old Thia Clay holds little hope for a
bright future. When her parents sell her into marriage to
elite member William Fox, Thia slowly gives in to despair.
William is nothing but a cruel, selfish young man with no
other interest than to serve his own.

Born illegally and forced to hide
from the authorities his entire life, nineteen-year-old Chi
Richards is an active member of the Underground—a rebellious group
seeking to overthrow the government.

Chi only has one goal—to rescue his
parents from the work camp they were forced into.

Meeting Thia was never part of the
plan, and neither was falling in love with her.

If caught in their forbidden
relationship, Thia and Chi could face a death sentence, and when
devastating secrets surface from Chi's past, Thia has to rely on
her instincts to make a choice that could save her or destroy her
forever. 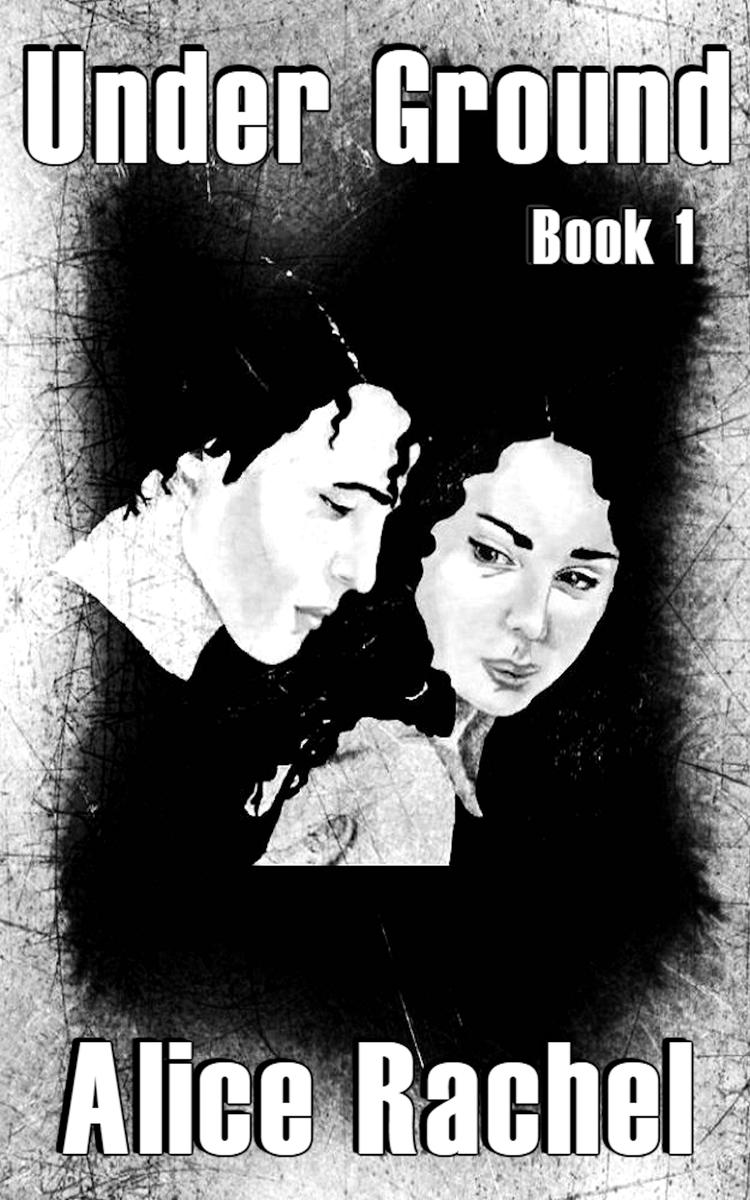 All right reserved. No part of
this book may be reproduced, distributed or transmitted in any way
or by any means, including photocopying, recording, or other
electronic or mechanical methods without written permission by the
author.

This book is a work of fiction.
Names, places, characters, or incidents resembling events, locales,
or persons, living or dead, are coincidental. They originated from
the author's imagination and are used fictitiously.

For you to
enjoy

If we should let them
destroy

"I hope never to see that boy
again.

He had trouble written all over
that impish smile of his.

I don't need this kind of
temptation in my life."

“
During the
meeting,
only speak when spoken to and don’t ask any
questions,” Mother snaps at me coldly.

Why does she have to remind me
to be quiet?
I’m only allowed to talk when someone addresses
me, and questions from me are never welcome. This situation will no
different from any other circumstance in my life. I want to grunt
something back at her, but I swallow the snide remark quickly and
try my best to look obedient.

“Don’t look at William too
insistently. Don’t say anything stupid that could make him or his
family feel uncomfortable.” She keeps going on and on with her
demands. Mother has been instructing me in proper manners for
years; it’s hard to focus on her words.

"Thia, I know the Foxes have
accepted your engagement to William, but remember that nothing is
formalized yet. Your father and I have gone through great lengths
to prepare for this wedding. You have to be on your best behavior
during the entire dinner."

In one week, William's family will
come to our house for our official meeting—a crucial reunion that
will finalize our engagement or break it apart. His parents will
gauge whether I'm still worthy of their son or not. Mother is
anxious, worried I might make a fool of myself.

I rest my head against the
windowpane and try to block out her words as they echo against the
walls of our private compartment. The train is moving at full
speed. My mind keeps drifting while the landscape passes me by like
a blur, going too fast for me to stop or breathe.

There are only a few bullet trains
in New York State, all of them reserved for the upper-class. They
ride through the mountains, between the different towns, and into
the metropolis, Eboracum City, where Mother is taking me to try on
my bridal gown.

"Your father spent a lot of money
on your dowry, Thia. We offered the highest amount we could afford
to make sure the Foxes wouldn't turn you down."

As if that family needs any more
money. I grit my teeth and inhale deeply. I was promised to William
exactly four years ago, on the day I turned thirteen. That's when I
became a piece of merchandise sold in a trade to benefit my
parents. My marriage to William was settled by our two families. I
had no say in it; nobody cares how I feel about the whole
arrangement anyway.

Mother is still talking when a
knock finally disrupts this monotonous torture. The door slides
open and a female server enters our private compartment, pushing a
tray covered with beverages. She inclines her head and keeps her
eyes to the ground in deference to my mother.

"May I serve madam some
complimentary tea or coffee?" she asks, her voice soft and
servile.

"No, thank you," Mother responds
harshly. She hates it when people interrupt her.

Suddenly nervous, the poor woman
nods while holding her hands together in front of her. She looks at
me and waits for my answer. I shake my head and smile to atone for
my mother's rude behavior.

When the server exits, Mother
resumes her monologue. She holds her back straight while sitting
next to me, and her eyes remain fixed on the wall facing us. Not
once does she look at me. I'm invisible, transparent, non-existent.
I might as well not be here at all. She has a unique gift for
ignoring me while pestering me.

"You will be standing until
instructed otherwise," she continues, "so William and his parents
can look at you while I introduce you. It is of the utmost
importance for you to impress them and give your very best, Thia.
Many girls would give everything they have to be matched with a
young man like William. It is an honor for us that his family chose
you."

Mother sends me a quick glance. A
lot remains to be done before the union is complete, and this
upcoming ceremony has put her completely on edge, turning the past
few months into a real nightmare.

"Your father holds high hopes for
this union, Thia. Once you are married to William, your father will
get promoted to a higher paying job. Mr. Fox even mentioned the
possibility of a whole new career. If we are lucky, he will hire
your father to work in his company."

No one has told me what post Mr.
Fox holds in this state, but it must be an excellent position for
my parents to strive so much to impress him. My marriage is sure to
help my family grow their social network and increase their
fortune.

I look outside the window at the
landscape unrolling before my eyes, and my mother's voice fades
into the background. This area is flooded, filled with marshes left
over from the rainstorms that pour over New York State on a regular
basis.

Mother snaps me out of my
contemplation. "Thia, are you listening to me?"

She looks at me sharply. I nod and
lower my eyes.

"You know William has the right to
refuse you at any given time. Don't give him any reason to do so.
You are to obey him and his parents no matter what they may demand
of you. Getting rejected would be a disgrace upon our entire
family. I do not need to remind you what the consequences would be.
This is your only chance. No one else will agree to marry you if
William changes his mind."

"You know the stakes are high
since women outnumber men."

After the oceans rose, claiming
their territory and devouring parts of New York City along with
other areas in the world, the surge led to a civil war that killed
most of our men—husbands, fathers, and brothers falling in a fight
that almost destroyed our country.

When it comes to marriage, the
demand is high and the supply is low, giving men the power to take
and reject women at will.

"Remember this is the only way for
us to rise in status. Rank is everything, Thia. So many women
strive to get an eligible husband. Most young girls can only dream
of marrying such a suitable bachelor as William," Mother reminds
me. "He needs to feel that you are unique, one of a kind. If this
reunion goes as planned, he will ask to meet you for the
pre-nuptial night as well."

"He can cancel the wedding if your
physical union isn't to his taste," she continues. "Give him
whatever he wants and make sure to please him."

Shudders run all over my skin, and
I have to breathe deeply so as not to panic. I hate it when she
talks about the pre-nuptial night. It's something I try not to
think about, ever.

Thankfully, the train slows down
before Mother goes into details, and the city's buildings come into
view—skyscrapers copying the ones that used to fill the streets of
New York City. Mother turns around to look at me. She raises her
eyebrow; she's judging my appearance. She doesn't care about the
emotions and fear crushing my chest. She's more interested in my
untamed hair and the loose strands she's desperately trying to pull
back into my ponytail. She gives me a disapproving look confirming
that my mane isn’t complying.

The train comes to a stop. I stand
up and gesture for Mother to get out first. She waits in line to
exit the car. I follow suit and squeeze my way between her and two
gossiping women.

"I heard the governor will not run
again next year," one of them says. "I wonder who's going to step
up for such a difficult task."

"I know, my dear. Whoever it is, I
hope they will finally lift the restrictions."

"Can you believe they refused to
let us increase our energy consumption last year?"

"Everyone knows the poor are
draining all our resources. It's about time someone did something
about it."

I try hard not to roll my eyes,
and the shallow jabber grows distant as Mother and I finally exit
the train. The sounds in the station overwhelm me instead, a rumble
of noises melting together like a cacophony inside my head. I
follow close behind Mother and make sure not to lose her in the
crowd. She doesn't glance back once. She holds her chin high in
defiance of the world while I find myself staggering through the
pack.

Watercolor by Leigh Talbert Moore
The Sunne in Splendour: A Novel of Richard III by Sharon Kay Penman
What Lies Beneath by Andrea Laurence
The Point of Vanishing by Howard Axelrod
A History of China by Morris Rossabi
The Birth of Bane by Richard Heredia
Conspiracy Theory by Jane Haddam
An Impostor in Town (Colorado Series) by Moncrief, Denise
Invasive Species Part One by Daniel J. Kirk
Surrender to Mr. X by Rosa Mundi