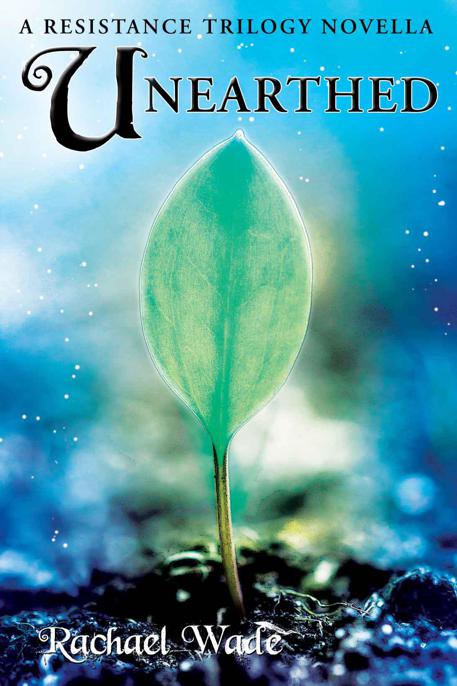 The Tragedy of Knowledge, Book Three

All rights reserved. This is a work of fiction. Names, characters, places and incidents either are products of the author’s imagination or are used fictitiously and any resemblance to actual events or locales or persons, living or dead is entirely coincidental. No part of this book may be used or reproduced in any manner whatsoever without written permission of the author except in the case of brief quotations embodied in critical articles and reviews.

To the Resistance fans. I hope you enjoy this little addition to Gavin and Camille’s story. It’s the end of their journey. Maybe.

“There’s my beautiful girl,” Gavin said, entering the cozy, rustic restaurant. “Now if I can only find my other beautiful girl.” I looked up from my notebook and smiled warmly, my insides shifting into a slow, sensual simmer. One look into his chocolate brown eyes and at that adorable smirk of his, and all focus on my current work in progress was lost.

I set my pencil down, next to the red pen. The red pen had been mighty busy lately. “Hey, handsome. She’s fine. She’s with Greta, helping her and Denise in the castle gardens.”

“
Mmmmmm
,” he hummed, walking behind me to rest his hands on my shoulders. He began to massage them gently, and I released a grateful sigh, content to just sit there in the handmade wooden chair and let him work his magic.

“Don’t get any ideas, Mr. Devereaux. I’m still hard at work on the novel, you know.”

“Work can wait.” His body’s warmth covered my back and neck as he leaned down, and I felt a small tug on my earlobe, his teeth grazing softly, then clamping down. “It’s not every day I have you all to myself.”

He had a point. Since having Ava, our daughter, we hadn’t had much alone time. It wasn’t that we didn’t have friends here in Amaranth to help watch her, but those people weren’t our friends back on Earth—the ones we’d accepted we’d never see again. The ones we could trust with anything, even our very lives. Of course, our Amaranthian friends were kind people, always offering to help us with Ava.

Greta and Denise offered to take her along to the castle gardens while they worked, like they often did. They always loved squeezing her cheeks and sewing clothes for her in their free time, and Ava was thrilled to frolic in the gardens and lend a helping hand whenever they invited her to come along.

But we didn’t trust Ava with just anyone, no matter how kind or thoughtful they were.

Not since the day of her birth, five years ago, and not even now, after we’d spent those five years picking up the pieces and rebuilding the realm’s villages from scratch. Since the Amaranthian war ended and our friends returned to Earth, things had been amazing. Amaranth had been a peaceful realm. What was once a nightmarish existence was now contented and secure, full of promise for the future.

That didn’t mean all of us were so content in our new world, though.

Many of us who were stuck here when Gérard’s reign was destroyed and the vampire spell was broken were enthusiastic about starting over and making the best of the situation. Even some of the former guards, who were once on Gérard and Samira’s side, had turned out to be the realm’s biggest champions, helping to lead us in new, exciting directions. We not only had a new town square in the main village, but the windmill had been completely refurbished and the old walls that once stood with the gates were torn down and replaced with white, picturesque fencing, placed all along the villages’ perimeter. All of this was thanks to some of Amaranth’s former guards. Others, though, were less enthusiastic. Homesick.

Still, I was a mom now, and I couldn’t help but be cautious considering all we’d been through. I wanted Ava within our reach as often as possible.

“I know,” I answered Gavin, careful not to allow those thoughts to linger, “but Greta and Denise could bring her home any minute.”

My shoulders tensed up. “A little.”

“You have nothing to be afraid of,” he assured me. “No one, and no
thing
is ever going to hurt Ava, do you understand me?” I nodded, soaking up the heat from the kiss he planted on my cheek, but that didn’t seem to appease him.

“Hey.” His voice was sterner now. He took the back of my chair and pulled, swiveling me around to face him. “The only thing you have to be worried about at the moment is you and me.” A seductive smile rolled his lips and I took in the intense stare of his smoky brown eyes. There was promise in those eyes. Bracing his hands on the arms of the chair, he leaned forward to bring his face level with mine. “Stand up and take your dress off.”

The assertiveness in his tone had me instantly obeying him. I rose from the chair slowly, watching as he maintained eye contact, resting his weight on the backs of his heels to allow me space to stand. He didn’t allow me much room, though. As soon as I was standing before him, he returned to place his body flush with mine, looking down at me with raw desire. I swallowed.

He was the Big Bad Wolf, I was Red Riding Hood, and he was going to eat me alive.

“Off,” he repeated, flicking one of the shoulder straps.

My pulse quickened and I moved to pull down the straps, reaching for the back zipper next.

“Let me.” He turned me and carefully dragged the zipper down, letting the tips of his fingers slide over my spine. “
Mmmm
, goosebumps. I like.” His hot mouth made contact with my shoulder, then the back of my neck, prompting more goosebumps to spring across my nape. Keeping my back to his front, he peeled the dress down over my torso, stopping to let it hang at my hips. He pushed his nose in my hair, inhaling roughly at my ear. “Remember the windmill?”

“How could I forget?” I breathed, feeling my muscles clench deliciously from head to toe. Ever since the villagers voted to refurbish the windmill, it was on heavy watch, put to use as a main meeting base for selling and trading supplies and holding weekly farmers’ market sales. It was often bustling with activity, especially since Dali and Akim’s old bunker was turned into a storage cellar.

Before I could turn around to kiss him, his fingers knotted in my hair and clamped down, gripping tight. Small sparks of pain shot from my scalp and I cried out, but the pain was drowned in pleasure as he forced me forward with his knee, pushing me into the table’s edge.

“Hands on the table.”

I did as he said, pushing my notebook and pens aside, then spreading my palms on the wood. After writing, cleaning, cooking, taking care of Ava, and helping out around the villages day after day, I was more than happy to let him take control of my body.

He gave my hair another yank, drawing another whimper from my lips.

“Bend over and hold on. I’m not going easy on you, love. You need this.”

The sound of his pants zipper followed and the gentle yet firm pressure of his hand guided my back down. I yielded to the bending position, stationing my hands on the table top.

“Gavin.” I released a gasp, feeling him enter and fill me completely. The force was precise and unapologetic. One of his hands braced my bare hip, the other roaming across my abdomen and then up to my breasts, cupping and kneading them as he began to rock forward. His thumb moved in small circles at my hip, and I knew what he was looking for—my crescent scar.

The one that marked me when I’d become a vampire, only now it was gone.

The scars disappeared when the curse was broken, but he still searched for mine, after all this time, and I still searched for his, rubbing my fingers gently over his forehead whenever I played with his hair. Somehow, there was comfort found there, in looking for those invisible scars. They reminded us of what we’d been through together, and now, reminded us of what we were free from. My skin still tingled whenever he touched me there, and oddly, made me miss the ominous crescent shape.

I responded by pushing harder against him, meeting the rock of his hips.

“You’re a vixen, baby. Come here.” He delivered an answering strike, then pulled out, swiftly turning me around and lifting me up. My legs fell easily around his waist and he moved to sit on the chair, taking me down with him, joining us again as he lowered me onto his lap. The pressure made me moan, and my head rolled to the side as we fell into a riding rhythm.

“So good. Keep moving, just like that, baby.” He leaned in to bite at my neck, and then he was everywhere, his groan possessing him and sending him into a flesh frenzy. Warmth invaded my collarbone, the hollow of my throat, and my earlobes, his scorching mouth dropping kisses all the way down my neck to my breasts. I absorbed each sensation, not missing the way his hands began to guide my waist into a harder, faster rhythm. I bucked my hips, letting him work my pace, gripping hard at his sweaty neck and shoulders.

“
Sssshhhh
,” he mumbled, squeezing his eyes shut and biting down on my lip. “Control it, baby.”

Control it? Was he out of his mind? If there was anything we’d learned since we’d settled down in Amaranth, it was that we were loud in the bedroom—or wherever we found ourselves ripping each other’s clothes off. Our crescent scars might have disappeared since the vampire curse was broken, but our monkey sex—as Audrey used to call it—certainly had not.

“Come on, we’ve been practicing.” He began to laugh but it morphed into a groan. The sound sent spiraling bursts of pleasure shooting up my inner thighs, straight to my core.

“Do I need to shove your face into a pillow?”

“No,” I rose up and sank down onto him with a jolt, pulling a loud shout from his lips. “You need to stop doing
this
to me, if you expect me to keep quiet.”

His jaw clenched and gaze shifted into a playful warning as he glared up at me. “You’re doing this on purpose.”

“What, this?” I rose up again and dropped down, grinding hard, grinning at him as his head fell back with a strained shout.

“Camille,” he hissed, his head snapping back up. I squealed as he leapt up from the chair, carrying me with him. He gripped me, keeping me tight against his hips, and dropped me onto the table top to slam into me. “Fine, you want to give everyone a show?”

I accepted his invitation, propping myself up on the heel of one hand to grab onto his neck with the other. Locking eyes with him, I jerked him forward. “Don’t we always?”

He shook his head and reared forward, eyes drifting from my lips and down to my breasts. “My beautiful girl.”