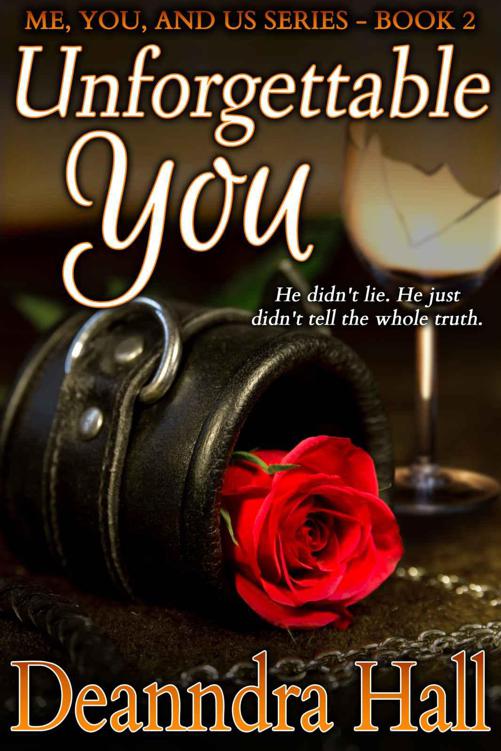 Names of characters, places, and events are the construction of the author, except those locations that are well-known and of general knowledge, and all are used fictitiously. Any resemblance to persons living or dead is coincidental, and great care was taken to design places, locations, or businesses that fit into the regional landscape without actual identification; as such, resemblance to actual places, locations, or businesses is coincidental. Any mention of a branded item, artistic work, or well-known business establishment, is used for authenticity in the work of fiction and was chosen by the author because of personal preference, its high quality, or the authenticity it lends to the work of fiction; the author has received no remuneration, either monetary or in-kind, for use of said product names, artistic work, or business establishments, and mention is not intended as advertising, nor does it constitute an endorsement. The author is solely responsible for content.

Cover design by Novel Graphic Designs, used by permission of the artist

Material in this work of fiction is of a graphic sexual nature and is not intended for audiences under 18 years of age.

Sometimes when things get tough, I hear your voice:

“Don’t you fucking quit, you hear me?”

So thanks for that, and for all your support.

I’m proud to call you friend.

This book’s predecessor,
Adventurous Me
, was a surprise.

This book was not. And I have a lot of people to thank for that. I’ll get to that in a minute.

After
Adventurous Me
came out, I decided that the characters were far too multi-dimensional and interesting to just walk away from them. Steffen, in particular, was someone I wanted to know more about. I have to admit: Every time I picture him, I see Alex Skarsgard. Sorry. That did make it impossible to leave him alone.

And so, here it is, Steffen’s book. The impression you got from him in
Adventurous Me
may not be accurate. Sure, he seems like an ego-driven stud, but that’s not who he is at all. Read on. You’ll love him like I do, and along with heart-rending and sweet, it’s just incredibly funny.

So here you go. Yes, there’s sex. Yes, they spend time at Bliss. Yes, it’s gritty and raw and nasty. And funny. And sexy. And tender. And family-oriented. But don’t give it to your twelve-year-old – BIG mistake. Still, enjoy it. And we’re not finished yet. You’ll get to see into Dave’s soul in the last book in this trilogy, and I promise you, it’ll turn you inside-out just like these two have.

Thanks to Drue, Heidi, and the Construction Crew for their tireless efforts to get my name out there. And thanks to Sir, who said, “Of all your books, I love
Adventurous Me
the best.” I heard you, baby.

Connect with me on my:

Find me blogging at:

Write to me at:

Sometimes death robs us of the life we thought we’d have; sometimes a relationship that just won’t die can be almost as bad. And sometimes the universe aligns to take care of everything. When you’ve spent years alone, regardless the circumstances, getting back out there can be hard. But when you’ve finally opened up to love and it looks like you might lose it all, can love be enough to see you through?

Secrets – they can do more damage than the truth. Secrets have kept two people from realizing their full potential, but even worse, have kept them from forming lasting relationships and finding the love and acceptance they both desperately need. Can they finally let go of those secrets in time to find love – and maybe even to stay alive?

Can a person’s past really be so bad that they can never recover from it? Sometimes it seems that way. One man hides the truth of a horrific loss in his teen years; one woman hides the truth of a broken, scarred life that took a wrong turn in her teens. Can they be honest with each other, or even with themselves, about their feelings? And will they be able to go that distance before one of them is lost forever?

When you think you’re set for life and that life gets yanked out from under you, starting over is hard. One woman who’s starting over finds herself in love with two men who’ve started over too, and she’s forced to choose. Or is she? And when one of them is threatened by their past, everyone has choices to make. Can they make the right ones in time to save a life?

Beginning with the flagship volume,
Karen and Brett at 326 Harper’s Cove
, find out exactly what the neighbors of Harper’s Cove are up to when they go inside and close their doors. According the Gloria, the drunken busy-body of the cove, they’re all up to something perverse, and she’s determined to find out their secrets. As she sneaks, peeks, pokes, and prods, her long-suffering husband, Russell, begs her to leave all of their nice neighbors alone. But could Gloria be right?

The Harper’s Cove series books are fast, fun, nasty little reads priced just right to provide a quick, naughty romp. See if each of the couples of Harper’s Cove shock you just enough to find out what the neighbors at the next address will do!

Even though they’re quiet and stay to themselves, Becca and Greg Henderson seem pretty nice and average. They don’t go out much or have many people over, except for that one couple who are probably relatives. But when that half-sister of Becca’s moves in, it all seems a little fishy; she gets around pretty well for a person recovering from cancer. And where was Becca going all decked out in that weird outfit? The Henderson are tight-lipped, but Gloria hopes she can eventually get to the bottom of things. If she does, she’ll get the biggest surprise of her life.

Those nice people at 228, the Millicans? They’re religious counselors, trying to help lovely couples who are having marital problems. Problem is, they’re not counseling; training, maybe, but not counseling. But no matter what Donna says, Gloria still thinks the truck that delivered large crates to the Millicans’ house in the wee hours of the morning two weeks after they’d moved in was pretty suspicious. Donna says it was exercise equipment that the moving company had lost, but Gloria’s not so sure. Could it be that they’re not as they appear?

Savannah and Martin McIntosh are new to the neighborhood, but that doesn’t stop Gloria from trying her best to find out what they do on the second and fourth Friday nights of the month. Savannah insists they play cards, but Gloria’s pretty sure it’s more than that, considering the men she sees leaving the house in the wee hours of Saturday morning. But when she decides to get a little “up close and personal,” she may get more than she bargained for.

And we’re just getting started!

The Me, You, and Us Series
Adventurous Me (Book 1)

Boring, tiresome, predictable . . . all words Trish Stinson’s soon-to-be ex-husband uses as excuses for why he’s leaving after almost 30 years of marriage. But Trish’s efforts to find adventure and prove him wrong land her in the lap of a man who leads her to an adventure she could’ve never predicted. And when that adventure throws her into a situation with a man who can’t stand her, she’s forced to decide between honor and her life.

Reeling from a relationship that didn’t happen, Steffen Cothran stumbles upon a woman who may be the answer to his prayers, but Sheila Brewster has problems he couldn’t have anticipated. They work hard to forge a relationship, only to have it destroyed by someone from Steffen’s past – the one person he’d forgotten about. As Sheila, hurt and angry, walks out of his life, Steffen eventually gives up on love until that fateful night when curiosity takes him somewhere he never thought he’d be to see something he never dreamed he’d see.

Dave Adams has just what he wants: Bliss, a well-respected BDSM club, all the subs a man could want, and a growing family who loves him. He expects his retirement years to be the best of his life – until he opens the club’s back door and finds something, or someone, he could never have expected to find. He doesn’t want to love Olivia Warren, over three decades his junior, but Dave is a natural protector, and he’s never met anyone who needs protecting more than Olivia. Problem is, when her danger is over, he finds out that the relationship meant more than he ever dreamed.

Journalist Steve Riley sets out to do the seemingly impossible: Find Nick Roberts, author of the bestselling book The Celtic Fan. When his traveling buddies lose interest, Steve continues on to a stolen address and finds someone who couldn’t possibly be Roberts. As time goes by, Steve has to decide if he wants to break the story of a lifetime and break someone’s heart, or give in to the feelings that promise him the love of a lifetime. Set in the beautiful Smoky Mountains of North Carolina, The Celtic Fan is both Steve’s journey and excerpts from the original book written by Roberts about a young, wounded, WWII veteran and the forbidden love he finds.

Independent (Indie) authors are not a new phenomenon, but they are a hard-working one. As Indie authors, we write our books, have trouble finding anyone to beta read them for us, seldom have money to hire an editor, struggle with our cover art, find it nearly impossible to get a reviewer to even glance at our books, and do all of our own publicity, promotion, and marketing. This is not something that we do until we find someone to offer us a contract – this is a conscious decision we’ve made to do for ourselves that which we’d have to do regardless (especially promotion, which publishers rarely do anyway). We do it so big publishing doesn’t take our money and give us nothing in return. We do it because we do not want to give up rights to something on which we’ve worked so hard. And we do it because we want to offer you a convenient, quality product for an excellent price.

-    Buy our books! That makes it possible for us to continue to produce them;

-    If you like them, please go back to the retailer from which you bought them and review them for us. That helps us more than you could know;

-    If you like them, please tell your friends, relatives, nail tech, lawn care guy, anyone you can find, about our books. Recommend them, please;

-    If you’re in a book circle, always contact an Indie author to see if you can get free or discounted books to use in your circle. Many would love to help you out;