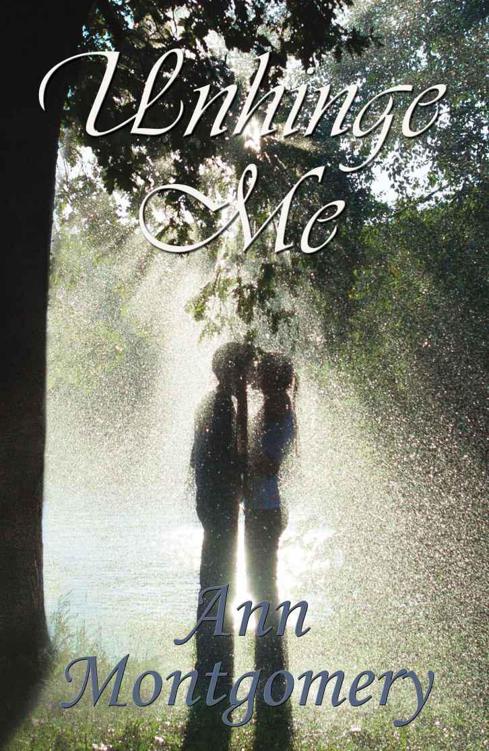 To my husband, because everything I have or will ever have I dedicate to you.

The force of the two bodies slamming into one another threw them both backwards. The man fell into a deep mud puddle while the woman was thrown into a pile of dead leaves.

“What the bloody hell?” Caleb Hunt angrily exclaimed, standing up and scraping the mud from his arms and legs. To add to his agitation, he had to bend down to fish his headphones out of the puddle too. “What the hell is wrong with you?” he asked and turned around to see his assailant. At first he didn’t see anything, but then he looked down. What he saw completely took him aback. Sitting in the leaves, with wide green eyes staring up at him, was the most beautiful woman he had ever seen. She had a small, heart-shaped face with full lips, but it was her eyes that captured him. They looked so young and innocent at first, but when he looked closer he saw a depth to them that showed so much more. She looked like a small, lost doe sitting there with dirt smudged on her face and a few stray leaves in her hair. He was speechless for a moment.

On the ground, Alexandria Spencer wasn’t speaking either. A moment ago, she was jogging though the large campus where she went to school. She had looked down for just one second to change the song on her iPod, and the next thing she knew, she was on the ground and this tall, angry, magnificent looking man was screaming at her. She wanted to respond, to say something intelligible back, but then he looked down at her and his voice changed and it nailed her to the spot.

“I beg your pardon. Are you alright?” he finally said, much calmer and softer. He had the deepest, most sensual voice she had ever heard. A thick British accent rumbled like low thunder and sent shivers down her spine. For a moment, Alex wondered if she had died and gone to heaven. She tried to move to get up, when a pain in her ankle snapped her back into reality. At her intake of breath, Caleb rushed over and reached his hand out to her.

She looked at his long fingers covered in mud and hesitated.

“In case you haven’t noticed, you’re all dirty too.” He smirked at her.

Alex couldn’t figure the man out. First he was screaming at her, and now he was grinning at her with adorable little dimples. She looked over his strong features and found herself staring at his lips. Mentally, she made note that they looked… kissable. She shook the thought away. Annoyed with the effect he had on her, she rolled her eyes and took his hand. She tried to ignore how warm it felt.

Now that she was standing, she could tell that she had twisted her ankle. It wasn’t serious, but she couldn’t put a lot of pressure on it either.
Great,
she thought to herself.

Caleb looked over the woman in front of him. She was slightly shorter than him, with a slender, yet curvy body. Her big doe eyes had gone from wonder to apprehension, and now to annoyance, yet she still hadn’t said one word to him. He was completely captivated.

“Why did you run into me?” she asked, finally finding her voice.

Alex laughed. “Yeah, cause it’s more likely that the
woman
knocked the
man
over. Maybe you should have been watching where you were going,” she shot back.

Caleb shook his head. Maybe he liked her better when she wasn’t talking. He let go of her hand and turned his back to her. He was already having a bad day. He had been having a lot of those lately. It had been a year now since he’d moved to America from London and had started a job as a poetry professor at the large, somewhat unknown college. He was lucky to have found the job on short notice, and was just trying to blend in and forget England, but he wasn’t finding it easy. Mostly because England kept calling to him, literally. He’d just gotten another call from his mother that morning. With the time difference, her afternoon tea was right when he was getting up, and she had taken up the habit of calling him more and more frequently to see how he was. It was hard enough to leave everything behind, but her constant reminders of how much he was missed and needed made it so much worse. His conversations with her always left him exhausted, even before the day really began. And now not even his morning run could go easily.

Alex wobbled when Caleb let go of her, but she tried not to show it. Something about him made her feel dizzy. Even wet and covered in mud, it was obvious he was gorgeous. He had dark, almost black hair that barely reached his dark, clear blue eyes. Under his dirty clothes, she could see he was muscular; not overly so, but the sleek, natural kind of muscular. Alex had never been more attracted to anyone in her life and it freaked her out.

Now that he was turned away from her, Caleb was able to think clearly. He knew she was probably a student, and the last thing he needed was to be attracted to a student. He turned back to excuse himself and leave, but when he did, he saw her sway a little.

“Are you okay?” he asked, looking her up and down.

“Yes,” she lied stubbornly, biting the inside of her lip.

Caleb cocked his head to the side. “Oh, ok then. Well, it was nice to meet you…”

“Alex,” she finished for him.

“I’m Caleb. I apologize for my part in our collision. Have a good one,” he said politely, but didn’t walk away.

Caleb stood there smiling at her. “Bye,” he said, but still didn’t move.

“Why are you still standing there?” she asked.

“Ladies first,” he offered, gesturing with his hands for her to walk by him.

Alex snorted. “Okay, fine,” she gave in. “You hurt my ankle when you ran into me.”

Caleb raised an eyebrow. “Well, I suppose I can help you walk back to the parking lot, even though it’s you who hit me,” he said with a chuckle.

Alex rolled her eyes again. “Whatever you need to tell yourself.”

Whether she liked it or not, she really didn’t have a choice. She would never make it back to civilization without his help. She sighed and nodded. Caleb took her hand to help her hobble down the path.

Since avoiding her was no longer an option, Caleb decided to make the best of it. He kept sneaking looks over at her.

“So, how long have you been here?” he asked.

Dammit.
Caleb internally groaned. She was definitely a student then.

Caleb tried to make conversation as they slowly and painstakingly made their way through the woods. To distract himself from being so close to her, he kept asking her questions, but she didn’t say much. The silence only made him more aware of how close to her he was. He wasn’t used to being so effected by a woman.

“Why do you ask so many questions?” she asked him softly.

“Why do you avoid so many?” he countered.

Alex just laughed. The truth was, his voice was so sexy that she didn’t want to talk, she just wanted to listen. But she wasn’t going to tell him that.

After a little while, they stopped so Alex could rest. Standing so close to Caleb made her skin tingle. She boldly looked up into his eyes. They were lighter now than when she’d first seen them. A friend of hers had blue eyes that changed with his moods. Caleb’s were similar, but infinitely more beautiful.