Read Until the Dawn Online 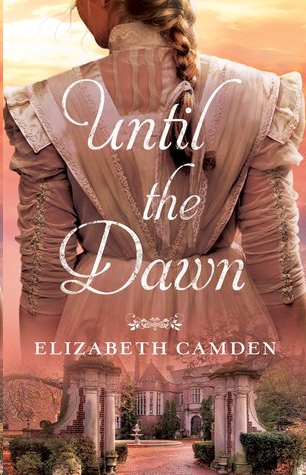 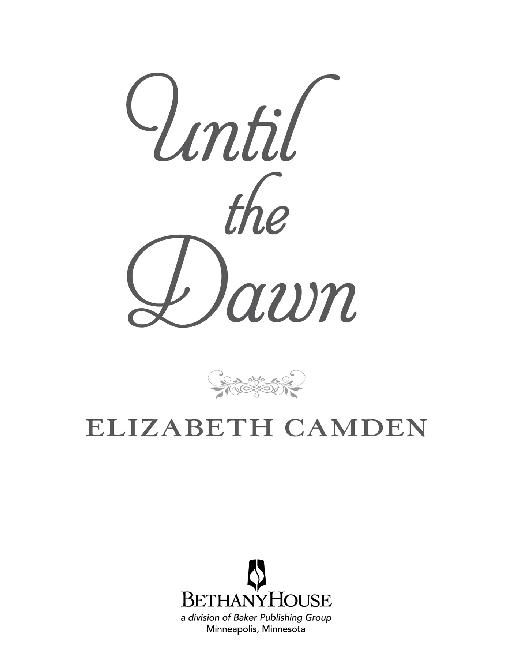 This is a work of fiction. Names, characters, incidents, and dialogues are products of the author’s imagination and are not to be construed as real. Any resemblance to actual events or persons, living or dead, is entirely coincidental.

Blessed are the pure in heart:
for they shall see God.

“T
HAT
’
S
WHERE
THE
BODY
WAS
FOUND
, floating facedown in the river,” an ominous voice intoned. “He was stone-cold dead.”

Sophie sank behind the blackberry brambles to avoid being seen by the people ambling down the old pier toward the shore. She had hoped to take advantage of the river’s low tide to gather oysters but had paused as a tour guide led a group of sightseers closer to the infamous spot in the river. The village needed the income from the tourists, and it would be best not to have the wild splendor of the spot spoiled by the sight of a local girl gathering oysters. She scooted a little higher up the hillside to remain hidden behind the bushes.

Every morning, steamboats left the bustling city of New York, only forty miles downriver but a world away from the primeval splendor of this isolated inlet in the Hudson River Valley. The steamboats always stopped so the tourists could admire the famous vista looming just behind Sophie, where
one of the oldest mansions in America looked like a medieval fortress perched on the edge of the harsh granite cliff. Dating all the way back to 1635, when Dutch settlers arrived in North America, the gloomy sight of the Vandermark mansion had dominated this windswept cliff for centuries. Built of rough-hewn stone with steep gables and rambling wings, it had the grandeur of a Renaissance painting.

“There wasn’t a scratch on him,” the tour guide continued. “Karl Vandermark was in the prime of life, and no one could explain what caused his death. Was it murder? Suicide? The Vandermark curse? Karl Vandermark was one of the richest men in America and beloved by everyone in the village. It’s been sixty years since his body was found on this very spot, but there are still no answers.”

Sophie sighed in resignation. Why was everyone still fascinated by the Vandermark death so long ago? Perhaps it had something to do with the foreboding appearance of the Vandermarks’ mansion, which had been made famous by painters and photographers who couldn’t resist the gothic appeal of the isolated estate on the edge of a cliff. Named Dierenpark after the old Dutch word for paradise, the mansion was a familiar sight to tourists from all over the world.

The steamships usually stayed for only an hour, just long enough to let the visitors stretch their legs and buy a few trinkets from the stands set up near the Vandermark pier. In a few minutes, the sightseers would reboard the ship and be on their way farther north up the river.

It was an unusually large group of sightseers this morning. Most of them clustered around the tour guide at the base of the pier, but there was a group of ominous-looking strangers gathered close to the base of the cliff.

Marten Graaf was the most colorful of all the tour guides who led visitors up the river, and he was in fine form this morn
ing, layering dark excitement into his voice as he told the tale directly to a young boy he pulled aside to point to the infamous spot in the river.

“The dead man’s son found the body,” he said. “Young Nickolaas Vandermark was only fourteen years old when he found his father floating in the river. Legend says the lad never got over it, but others suspect that the boy killed his own father, for he inherited forty million dollars the day his father died. There was no sign of foul play, but what would cause a healthy man to keel over in the prime of life? No one ever dared accuse Nickolaas Vandermark directly to his face, but something very bad was afoot. All the Vandermarks have come to terrible ends, and most of the folks around here think it was the Vandermark curse.”

Even from a distance, Sophie could see the young boy Marten was speaking to flinch and withdraw. Most tourists loved the spooky tales about the old mansion, but this boy seemed unusually apprehensive.

“The house has been empty since Karl Vandermark’s death,” the guide continued. “A lawyer swooped in to take the young lad away, and not one Vandermark has set foot in the house since. They didn’t take a stick of furniture or even a change of clothing for fear the curse would travel with them. Their clothes still hang in the closets; the papers are stacked on the desk as they were when the family fled all those years ago. Everything inside the house is exactly the same, like it’s frozen in time. That house has been sitting empty for sixty years, with only a few servants to keep the place from being plundered for the treasures still inside.”

“Why don’t they sell it?” a sightseer from the back of the group asked.

“Who would buy such a house?” Marten burst out, startling a flock of crows into flight. The crows rode a wind current high
above the cliff, where they wheeled around the mansion, their raucous cries echoing on the wind.

“Anyone who spends too much time in that house is likely to be tainted by the curse, as well,” Marten continued to the spellbound tourists. “The first groundskeeper died when he stumbled over a rake. The next died after his joints took on a disease that twisted his body so he could barely walk. Even now, the housekeeper who tends to the inside of the house has turned into a hunchback. And the girl who brings them food each day? Well, she was the prettiest lass in the whole village, but the curse has tainted her, too.”

Sophie blanched, stunned that Marten would draw her into the spooky tale told to the tourists. Mortification flooded her as she shrank even farther behind the blackberry brambles and prayed Marten wouldn’t spot her. She wouldn’t put it past him to point her out, just like any other attraction on today’s trip up the river.

“Oh yes, even Miss Sophie van Riijn, who spends only a few hours each day in the house, has been afflicted,” Marten continued. “She’s had three fiancés and every one of them came to a bad end. The last one died just a month before the wedding. His lungs seized up so bad he could no longer draw a proper breath of air. Now no man in the village will come within a yard of Miss Sophie for fear of the curse.”

Sophie averted her eyes, wishing she could block her hearing, as well. It was infuriating that Marten was exploiting Albert’s death this way. Her heart still ached for Albert, a kind and gentle man who never put any stock in the curse. They had been planning a life together, and Sophie had such hopes for becoming a wife, a helpmeet, and a mother. Instead, she helped tend Albert during his final painful months.

If he were alive, Albert would tell her not to let the rumors dim her spirit, but to go out and find another man to love. But
it was getting hard. She was twenty-six years old, and her string of broken engagements might be an intriguing tale for the tourists, but it was a deep and unrelenting ache for her.

“Well of course he did!” Marten exclaimed. “He was dying, boy. The curse had gotten ahold of him and there was no hope. The man was a goner.”

Even from a distance Sophie could see the boy’s eyes widen in horror, and she ached with sympathy. This boy appeared to be terrified and, oddly, it seemed he was alone.

Sophie stood. She’d rather stay hidden than risk being pointed out as the tragic victim of three failed engagements, but she wouldn’t let Marten terrorize a child in order to boost his tips. Her skirts brushed through the cattails as she made her way to the sandy shoreline and straight to the boy’s side. The tour guide looked stunned to see her, and a guilty flush stained his cheeks.

A Couple's Guide to Sexual Addiction by Paldrom Collins
A Midsummer Night's Dream by Robert Swindells
The Rose of Singapore by Peter Neville
Fame by Meghan Quinn
The Promise Pact (Promise to Love Book 1) by J. A. Fraser
Curse of the Ancients by Matt de La Pena
An Almost Perfect Murder by Gary C. King
A Vintage Christmas by Harris, Ali
Ask the Oracle by JJ Black
The Perfect Mistress by Betina Krahn