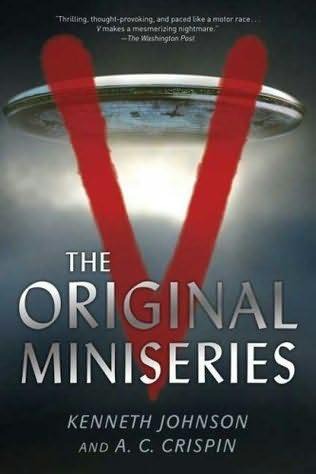 An Affair of State (with David Welch) KENNETH JOHNSON and A. C. CRISPIN

This is a work of fiction. All of the characters, organizations, and events portrayed in this novel are either products of the authors' imaginations or are used fictitiously. V: TIIF. ORIGINAL MINISERIES Copyright © 2008 Warner Bros. Entertainment Inc. WB SHIELD: TM & © Warner Bros. Entertainment Inc. (s08) All rights reserved. Edited by James Frenkel A Tor Book Published by Tom Doherty Associates, LLC 175 Fifth Avenue New York, NY 10010

This book is dedicated to the Whileaway Writers Co-op, that irrepressible, egalitarian Gang of Six I'm fortunate enough to have as friends-movers, shakers, and artists all.

-A. C. C. TO THE HEROISM OF THE RESISTANCE FIGHTERS -past, present, and futurethis work is respectfully dedicated.

-K. I.
ACKNOWLEDGMENTS
I'd like to extend a special acknowledgment to my editor, Harriet P. McDougal, Vice President of Tor Books, for her encouragement, advice, and paw-holding during the writing of this book. Warmest thanks are also due Pixie Lamppu, who really cared, and helped whenever possible.

To my friend and literary companion, editor Jim Frenkel, I extend my sincere appreciation-not just for his shepherding of this novel, but for the personal dedication he brought to V.• The Second Generation. 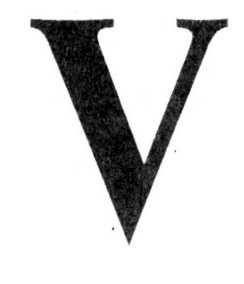 THE GUERRILLA ENCAMPMENT WAS SET UP IN THE REMAINS OF AN old village. The mud and cinderblock huts, the remains of a bombed-out church-even a pottery shop, wares still baking in the summer heat-all seemed to huddle, forlorn, dying, bullet-torn things.

Tony Wah Chong Leonetti wiped at the sweat on his forehead as he parked the ancient jeep beneath a sagging thatched overhang. "Looks the same ... Why do they always look the same?" he mumbled. "Why do what always look the same?" Mike Donovan shifted his camera to his shoulder and panned it quickly around the camp, his alert green eyes searching for the best angles, the most telling shots.

"Guerrilla hideouts. No matter what country-Laos, Cambodia, Vietnam-they all manage to look the same. Guess people on the run are basically alike, never mind their nationality." He rummaged in the backseat, dragged out a bag containing his sound equipment. Mumbling softly to himself, he tested the mike, listened to the playback in his earphones, finally nodding in satisfaction. Donovan, meanwhile, had climbed out of the jeep to meet a dark-haired woman who was approaching, her AK-47 not quite pointing at them.

Her voice was hard, her eyes reddened with dust and exhaustion. "You are Donovan?" she asked in broken English. "Juan told us you would be coming."

Donovan nodded.
"Carlos is not here right now. You must wait."
Donovan looked doubtfully at the dusty camp. "How long?"
"I do not know. Wait." Purposefully she turned on her heel and left.

Donovan looked back at Tony. "Hope he's on his way. I'm starved, and the prospects for chow don't look very promising, do they?"

Tony sighed. "I suppose we could always grab one of those chickens over there." Donovan grinned, looking suddenly much younger. "Wouldn't be the first'time, would it?" "No-" Leonetti turned. "Did I hear an engine?" "You sure did." Donovan began checking the settings on his camera.

A truck, heavily laden with armed guerrillas, trundled bumpily into camp. Groans from the wounded mixed with shouts of greeting broke the hot silence as other fighters emerged from the broken buildings and ran toward the vehicle. Donovan and Leonetti followed, stepping aside as men and women carrying stretchers passed them.

"Looks like they weren't so lucky, wherever they've been," Tony observed, listening to the babble of rapid Spanish and the moans of the injured. Some of the forms handed down from the truck didn't stir.

Donovan trained his camera on a bloody face, feeling, not for the first time, like a ghoul-living off the suffering and death of others-then thought, as he always did, that suffering and death served no useful purpose at all if nobody knew of them. His job was to see that people knew what was happening.

One man was shouting orders above the din. Tony glanced over. "Carlos?" Mike Donovan nodded. "Must be." Raising his voice, he called, "Excuse me, are you Carlos? Juan said you would talk to us about the attack last night. How bad was it? How about your losses?"

The man swung down from the truck. He looked to be in his mid-thirties, and he might have been handsome if not for the sweat and blood streaking his face. He brushed irritably at a wound by. his left eye, causing fresh red to well and drip. At Donovan's hail, he turned, glared at them. "Of course we suffered losses, man. You don't go up against a force like theirs without expecting losses!" Angrily he turned, striding past the truck. The sleepy camp was now a welter of activity, as men and women struggled to load gear into trucks and jeeps.

Leonetti moved his microphone in a circle, picking up the sounds of the camp-the running feet, the squawk of frightened chickens, the heavy thumps as the fighters loaded the trucks. He glanced over at Donovan. "Looks like they're moving out, Mike. Think we should take the hint?"

Donovan, intent on a shot, nodded abstractedly, then focused on the leader. He was shouting: "iSaquen primero los camiones de municiones!" Tony shook his head. "What'd he say?" Donovan started after Carlos. "'Get the ammunition trucks out first."' "Oh, shit," Tony mumbled. "They must be expecting trouble."

Donovan was already out of earshot. Catching up to the guerrilla commander, he shouted, "How many losses?"

. The man's mouth twisted into an ugly line. "Seven men and women killed. A dozen wounded." Looking back at his fighters, he shouted, "Jesus-imuebe el jeep! i Lo i esta tapando todo! "

Donovan looked over at the offending vehicle to make sure Carlos wasn't referring to the old wreck he and Tony had finagled, was reassured that it was another. He took a close shot of the man's face as he directed the evacuation. "You're wounded too."

As if realizing for the first time that he was on camera, that what he said would be relayed to millions of television viewers, Carlos looked directly into the lens, his words biting: "These wounds are nothing compared to the wounds they've inflicted on my country." One of the medics approached, tried to dab at his eye, but Carlos brushed him aside to continue. "But we're gonna fight them. Till we win, man. You got that? Fight till El Salvador is free! Nothin's going to stop us! You got that? "

A sudden shriek tore the air behind them. Donovan and the guerrilla leader whirled to see an army helicopter roaring toward them, nearly skimming the tops of the trees surrounding the camp. Machine guns spattered bullets like deadly raindrops as the gunship began a strafing run straight down the dusty middle of the camp. Several people went down with the first blasts, and their screams battled the thunderous roar of the chopper, the staccato bursts of the guns.

Without realizing how he'd gotten there, Donovan found himself belly-down behind a broken wall, camera still perched on his shoulder. He began following the path of the attack chopper, panning the camera carefully as the helicopter turned and came back for another run. He was dimly aware of a blur beside him-a blur that resolved itself into Tony, sweating and covered with dust, but still gamely clutching his sound gear.

He could barely hear his partner's voice over the chaos. "This don't look so good, Mike."

Donovan couldn't believe the shot he was getting of the gunship, guns blazing, as it roared back through the village. His voice grated from the dust he'd swallowed, but his tone was jubilant. "You kidding, man? It's great!"

Across the camp a truck exploded as the gas tank was hitand at almost the same moment the woman who had first spoken to them doubled up with a shriek. Several people ran to help her; others began firing back at the enemy. Bullets kicked up dirt only feet away, and Tony Leonetti grabbed Donovan's arm. "Come on-the hell with the great shots!"

They ran, weaving and dodging, hampered by their gear. Yet it was so much a part of them that neither newsman thought of abandoning the equipment. They dodged behind another wall, closer to a building, huddled against a new assault from the chopper.

Tony flinched as a bullet whanged past him. "Donovanyou're gonna get me killed this time, I swear to God!"