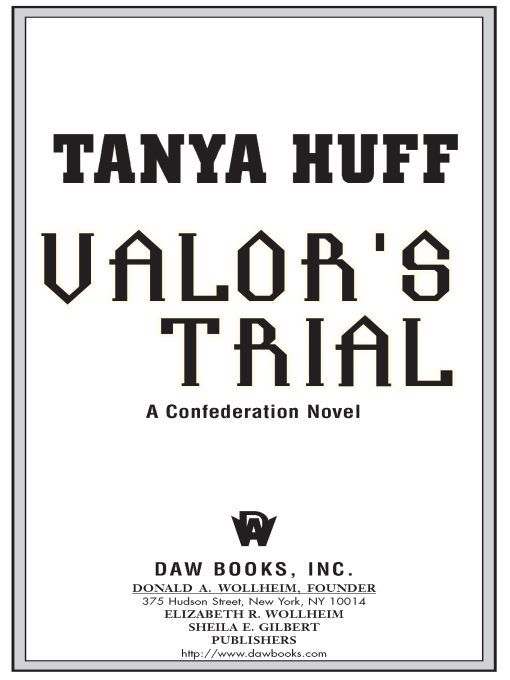 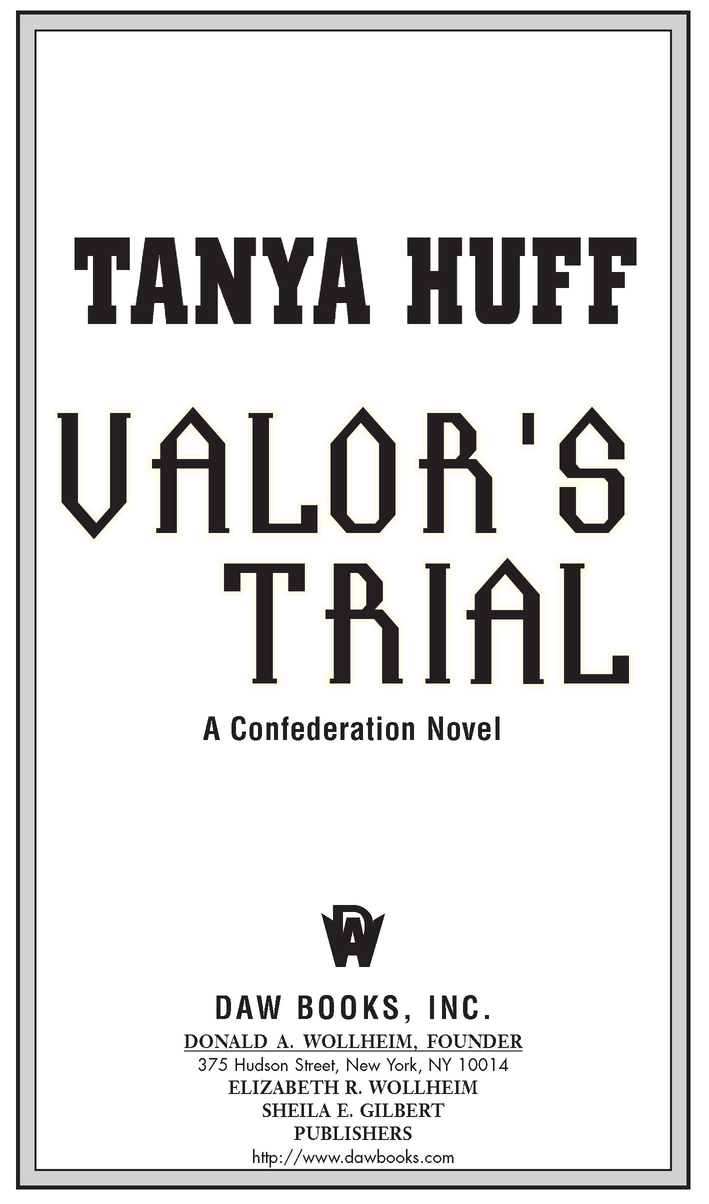 Copyright Â© 2008 by Tanya Huff.
All Rights Reserved.
DAW Book Collectors No. 1442.
DAW Books are distributed by Penguin Group (USA) Inc.
All characters and events in this book are fictitious.
Any resemblance to persons living or dead is coincidental.
The scanning, uploading and distribution of this book via the Internet or any other means without the permission of the publisher is illegal, and punishable by law. Please purchase only authorized electronic editions, and do not participate in or encourage the electronic piracy of copyrighted materials. Your support of the author's rights is appreciated.
Nearly all the designs and trade names in this book are registered trademarks. All that are still in commercial use are protected by United States and international trademark law.

The Trial (The Tree House) by Shay Lynam
Canyon: A Post Apocalyptic/Dystopian Adventure (The Traveler Book 2) by Abrahams, Tom
Bee by Anatole France
Second Chances by Brown, Leigh, Corliss, Victoria
The French Lieutenant's Woman by John Fowles
Fun with Brady and Angelica (Kit Tolliver #10 (The Kit Tolliver Stories) by Block, Lawrence
Among the Chaos: Book 2 of the Soldiers of Chaos MC Series by A.A. Askevold
The Book of Transformations by Newton, Mark Charan
Don't Shoot! I'm Just the Avon Lady! by Jaworski, Birdie
The Firebrand Legacy by T.K. Kiser