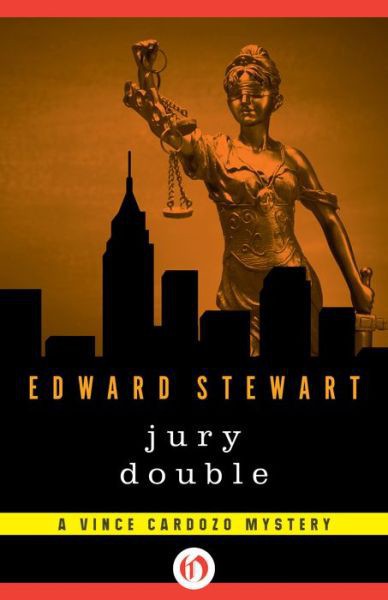 because once in thirty-two years isn’t enough

“W
E’RE INTO COUNTDOWN, BOYS
and girls.” Walter Egan, a red-faced man with curly brown hair and an oddly sweet voice, slapped three white plastic belts down onto the kitchen table. Scottie Egan, the greatest five-year-old who ever tumbled out of a crab-apple tree and laughed at his skinned shins, made a face. “Why are they so lumpy?”

Walter patted the boy’s copper-blond head. “Because they won’t work without the lumps.”

“It has to be tight, honey, or it won’t stay up.” Maria picked up the middle-size belt. “Look the other way, guys.”

Walter faced the wall. His heart gave a jump when he saw that the hands on the kitchen clock were tiptoeing around to 8:30.

Maria unzipped her skirt and fastened the belt around her waist. Scottie jammed two fingers into his mouth and let out an ear-fracturing wolf whistle.

Maria turned around with that I’m-going-to-be-mad-at-somebody face, and Scottie put on his nobody-here-but-us-mice look, eyes all sky-blue innocence, staring up at the ceiling.

“And Daddy gets the biggest.” Walter opened his shirt and slipped the third belt around his stomach. “Anything showing?”

Maria examined him. Boss shirt, Calvin Klein necktie, hair slicked down from the shower—he looked good, he smelled good. “You look great, hon. What about me?” She held her hands out in a fashion-model pose and slowly twirled. She had a body to stop time and not even a floppy cardigan could hide it.

Maria smiled, but the smile died when she saw the kitchen clock. “Oh, my. Twenty-seven to nine. Shake the lead out, fellas, or we’re going to be late!”

Scottie took a leap over the kitchen chair, startling the dog, and the kitchen was full of running and laughing and barking. Any other day Walter would have told Scottie to cut it out, but today was special; ordinary rules didn’t apply. He felt his hip pocket for the small white plastic box that had come with the belts in the Fellowship carton. He snapped the box open to check that the four AA batteries were aligned correctly, positive to negative. Everything looked copacetic. “We’re all set, boys and girls.”

Maria checked details. Window curtains were closed. Formica tabletop was wiped clean. Dishwasher was clackety-clacking. After she was gone, she didn’t want anyone saying she’d been a poor housekeeper.

Walter saw tears beginning. “Come on, hon.” He gave her a cheer-up squeeze and steered her toward the back door. Scottie and Robespierre ran ahead, shrieking and yapping.

Wham
. The screen door banged open. Walter Egan stuck his head out into the morning. The day had a brand-new smell. Sunlight rocked the trees and the houses like the oompah of a brass band.

The Egan family piled into the Ford pickup.

“Shoot.” Scottie tipped Robespierre over the window and the dog landed light on his front paws and scampered across the lawn.

Walter drove down to the center of town, savoring the rush-hour traffic and the tangerine haze that hung over the streets like a sweet pout of Mother Nature. Scottie kept tugging under his shirt.

“Don’t pull at it,” Walter warned. “It won’t work right if you keep fiddling with it.”

“Now, just sit straight,” Maria said, “and think about something that
doesn’t
itch.”

Walter kissed his wife and son good-bye. He could feel Maria wanting to cling. She looked into his eyes, but he let her see only calmness behind his sunglasses.

“Are you sure?” she whispered.

He nodded. “See you in seven minutes.”

He tousled Scottie’s hair and patted Maria’s butt. Those seven minutes were going to be an eternity.

Today, instead of pulling away, Walter sat with the motor idling and watched his wife and son go into the building, Scottie tugging his mom forward, Maria with her diagonally slung little purse bouncing on her hip. You’d never have guessed they were each wearing seven pounds of explosives. They joined the scurrying stream of government employees that crowded through the door.

The metal detectors didn’t even notice them. That was the beauty of plastic explosives.

In the fourth-floor day care center for employees’ children, a tidal wave of kids was leaping and galloping and shrieking. Maria Egan checked to make sure nothing was showing under Scottie’s shirt. “Now, don’t touch it,” she reminded him.

The teacher came to greet them. “Good morning, Maria—and my oh my, aren’t we wearing a handsome shirt today, Scottie. What’s the big occasion?”

The teacher’s smile was sly as a jack-o’-lantern. “Well well well.”

“Now, Scottie,” Maria chided, “don’t tell stories.” She stopped and brushed the hair out of his eyes and kissed him. “I could murder you! Behave yourself. I love you, honey.”

Maria Egan didn’t look back. Her eyes were tearing and the hallway became a carousel blur as she hurried to the elevator and pressed 12. The Medicaid office was buzzing with prework chatter. She wasn’t in the mood. Not today.

She put on an all-purpose smile and sat down at her console and fired up the computer. She tried to forget the press of the plastic belt around her middle.
There’s still time. I could pick up that phone and dial 911 and call the whole thing off.

Oh, Lord
, she prayed,
please don’t let my little boy suffer, give the suffering to me!

A coworker looked over from the neighboring console. “You’re going like a house afire, Maria.”

“Relax a minute and tell me how your evening went.”

“Real nice—Walter and I took Scottie to the Fellowship meeting.”

“You sure love those meetings.”

“Corey Lyle was there and he personally received Scottie into the Fellowship.”

“You folks certainly seem to worship that man.”

“Corey Lyle is a saint.”

“I hear the government’s investigating him. Tax fraud.”

“The government burned Joan of Arc.”

“The government pays your salary, toots. By the way, I love your cardigan. Is it Penney?”

“What?” Maria tapped a wrong key and had to back up and delete. “Oh, thanks. It’s Sears.”

Down in the pickup truck, Walter Egan stared at the second hand of his watch as it crawled around toward twelve. On one knee he had placed a Polaroid of Maria and Scottie; on the other knee, the little white plastic box.

He tried to remember what Corey Lyle had said at the Fellowship meeting last night.
Fear is the enemy of perception. When you embark on the last and greatest adventure of your life
—
keep your senses open!

His senses were open, and terror was sluicing through them.

Dear Lord
, he prayed,
I’m a scared-shitless sinner and I’m never going to get through this without your help.

At that moment a red-breasted cardinal sailed down from a tree and lighted on the pickup hood. Walter’s jaw dropped. He realized that little bird was a sign from the Almighty.

I hope you mean it, Lord, because I’m taking that for a go-ahead.

He raised the Polaroid to his lips and kissed it. He moved the switch on the little white box ninety degrees clockwise, closing the circuit with a faint click.

The second hand of his watch touched twelve.

At 9:07
A.M.,
simultaneous explosions with the combined force of nine hundred tons of TNT ripped through the Medicaid office, the day care center, and the garage of the White Plains Post Office Building. Eighty-nine government employees and children were killed and over two hundred were injured. It was the worst peace-time disaster in the United States in eighty-five years.

L
IEUTENANT VINCENT CARDOZO STOOD
in the doorway of the Park Avenue bedroom, seeing the crime scene with his own eyes before technicians and photographers could stomp all over it.

The dead woman lay on the canopied bed beneath a comforter, her head propped on two pillows. Her skin was yellow. Her gray hair fanned out on the lace-fringed pillowcase. She’d never shown the gray publicly. A third pillow, curiously hollowed, had been placed beside her left arm.

Cardozo stepped across the doorsill into a whispering light that had the texture of fine rain. One foot fell with a click on polished oak parquet. The next fell silently on a deep-blue Persian rug. Slipping his hands into a pair of thin plastic gloves, he stepped around a bentwood rocker with a knitted afghan neatly hung over its back. He stopped three feet from the bed.

The woman’s eyes were shut. Her lips were parted, the line of the mouth relaxed, almost smiling. A speck of orange clung to the lower lip.

A half-filled tumbler sat on the nightstand. Cardozo bent and sniffed. Orange-colored, but not orange juice. Carrot. Pungent, sweet, just a shade short of repulsive.

The telephone had been knocked from the tabletop. The receiver lay on the floor, and periodically it gurgled like a strangling duck. Cardozo did not pick it up.

He scanned the room. The walls were painted soft violet, hung with richly framed landscapes and flowers and sunsets. The moss-velvet curtains were drawn, except for a window overlooking a dark courtyard. Even for four thousand dollars a month maintenance, even if you were a former Secretary of the United States Treasury, you couldn’t buy sun in a Manhattan courtyard.