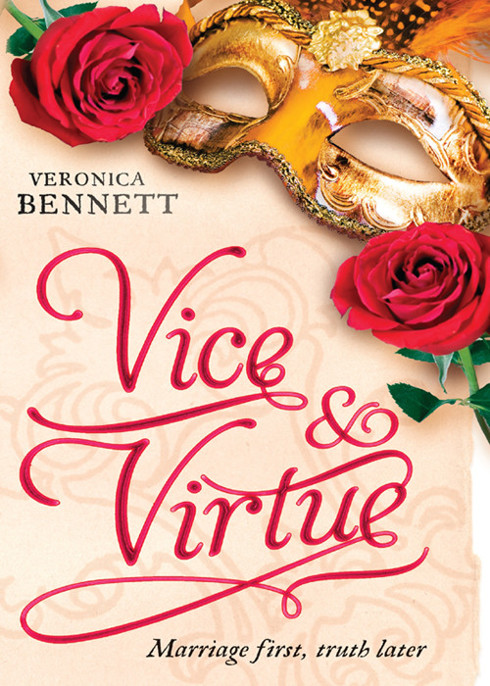 London 1700: The World of Vice and Virtue

A Garter on His Hat

A Skeleton in Her Dress

The Power to Work Magic

A Sovereign in Her Palm

London 1700: The World of
Vice and Virtue

I
n 1700 the people of England were recovering from one of the most unsettled periods in their history. The Civil War of the 1640s had resulted in the beheading of King Charles I and an eleven-year period of republican rule, first under Oliver Cromwell and, later, his son Richard. The monarchy had been restored when Charles II ascended the throne in 1660, but in 1688 his Catholic successor, James II, had been deposed by anti-Catholic activists in the “Glorious Revolution”, and the throne taken by the Protestant William of Orange and his wife, King James’s daughter, Mary.

When this story opens, King William was a widower, Queen Mary having died in 1694. There was still great hostility between Catholics and Protestants and society was racked by corruption and distrust. No one, however wealthy or influential, was safe in a world where intrigue was a way of life. And nowhere was this more evident than in London. By far the largest city in England, it was so crowded and unregulated that anyone, should they so desire, could slip away, disappear down a back street and become someone else.

T
he man was watching her.

She turned away, but when she looked back he was still looking at her. She was sure she had never seen him before, though she and her mother and sisters came often to stroll and watch the people in St James’s Park, surrounded by crowds doing the same thing. Who was to say how long he had been standing there, watching?

“Aurora, are you listening?”

“No.” Aurora did not look at her mother, but kept her eyes on the man. “I am wondering what interest that man can possibly have in me.”

“Where?” Mrs Eversedge followed Aurora’s gaze. “Point him out.”

“She cannot do that without letting him see we are speaking of him,” observed Flora.

“What does that matter?” Mrs Eversedge took Aurora’s arm. “Now tell me, which is he?”

As discreetly as possible, Aurora indicated the gentleman, who stood with another gentleman beside the park gate. Both men were well dressed, one taller than the other, each wearing a sword, a wig and a three-cornered hat.

“The tall one or the short one?” asked Eleanora.

“Oh! The other looks much better-favoured.”

“Well,
he
is not the one who was staring at me.” Aurora was beginning to weary of this. She wished to get out of the man’s sight and go home.

“Are you sure he was not looking at
me
?” said Flora.

“Which one? The tall one or the short one?” asked Eleanora again.

“Oh, be quiet, girls!” Mrs Eversedge was as disappointed as her daughters that Aurora had aroused the interest of the less handsome gentleman. “It is time we turned, anyway. The sun is going.”

It had been the kind of spring afternoon that transformed the park into a scene glittering not only with natural beauty, but with silks, jewels, swords, buckles and the polished harnesses of horses. Now the receding sunlight threw long shadows across the lawns, making Aurora and her sisters look taller than they really were. Perhaps, she thought as they turned homeward, the shorter man’s shadow was doing the same for him.

She did not listen to Flora and Eleanora’s chatter. The late afternoon contained much to enjoy. A breeze brushed her cheeks, bringing the mingled scents of blossom trees and grass clippings. Beyond the park gates, these gave way to the familiar street odours of horse dung, gutter slops, chimney smoke.

What dreams did it hold for her? Marriage to a rich man? It was unlikely. Girls like the Eversedge sisters, whose only contact with genteel society came during these promenades in St James’s Park, had nothing but their beauty to recommend them to suitors.

She sighed inwardly. When she was young, younger even than thirteen-year-old Eleanora, she
had
dreamed of standing beside a handsome man at the altar of St Margaret’s Church, where her own parents had been married. But that was before Father had caught a cold, which turned to a putrid throat, which turned to a fever. Within four days of his first sneeze they had laid him in the ground. Within three days of
that
, they had been turned out of their house by the landlord, to whom Father had been in debt for six months’ rent, and obliged to take lodgings in Billingsgate, near the fish market.

On their first day there, they had gathered despondently round the dinner table. “Well, girls,” Mrs Eversedge had said briskly as she served the food – yes, fish – “I must provide for you now, by doing what I do best.”

“Which is what?” ten-year-old Flora had asked.

“Who made that pinafore you have on?” demanded her mother. “And smocked the front, and embroidered the hem?”

“But you cannot be a seamstress!” Flora had protested. “What would Father—”

“Not a
seamstress
,” said Mrs Eversedge, setting down the last dish in her own place. “I shall advertise myself as a mantua-maker, which is altogether a different thing.”

Aurora was anxious at first. True, wealthy ladies would always need new gowns, and mantua-making was a respectable profession for a widow. But Mrs Eversedge had no shop, no professional reputation and very few connections. Business was slow, and she was obliged to sew shirts and nightclothes as well as the elaborate petticoats, cloaks, bodices and over-gowns ordered by her customers. She got up early and stayed up late, going about her work with a zeal twelve-year-old Aurora marvelled at every day. She got thinner – they all did – but as time went by, their mother’s skill and energy brought her more and more commissions.

Five years had passed since then. The Eversedges now lived in a house rented from a respectable landlord in Dacre Street, near Westminster Abbey. Each girl had been tutored in her letters and numbers, and taught to sew and keep house. Their mother had many loyal customers for her gowns, and she also sold material, ribbons, silks and thread from her shop on the ground floor. Proudly, she told friends that from her display of
feminine
wares (Aurora, Flora and Eleanora themselves), any man of substance would be pleased to choose a wife.

“Shall we go to the park tomorrow?”

Flora was waiting at the shop door, her weight on one foot while she tapped the other on the step, her round face full of expectation.

“Why not?” said Aurora. She liked the park; if the man was not there, no matter.

“What shall you wear?” asked Eleanora.

“Shush, girls.” Mrs Eversedge was searching her pocket for her keys. “It does not signify what Aurora wears. His friend was much better-looking, anyway.”

The better-looking friend, Aurora knew, was part of Flora’s determination to revisit the park. Though only fifteen, Flora considered herself prettier than either of her sisters and was determined to get to the altar before Aurora, who was two years older. For Aurora’s part, she thought Flora’s face too wide, and secretly suspected that Eleanora would turn out to be the superior beauty.

“I shall sponge and press my blue gown,” she told her sister. “And you, Flora dear, may dress my hair.”

But there was no need for them to go back to the park. Before Aurora had finished dressing the next morning, she heard excited yelping on the stairs, and her mother threw open the bedroom door, thrust a piece of folded paper into Aurora’s hand and stood back in satisfaction.

“There!” she cried. “He has brought you that note! And he is waiting downstairs!”

Aurora was so astonished that she dropped both the paper and the petticoat she had been about to put on. She bent down, took the note from the rumpled material and broke the seal.

I beg your indulgence of such an unseemly form of address, but I do not know your name. I know you only as the lady I chanced to see some weeks ago in St James’s Park, walking with a feminine party I would guess to consist of your mother and sisters. Since then I have returned to the park daily in the hope of seeing you again. Have you noticed my interest in you, I wonder? If so, please forgive me, but I was entranced
.

In vain I have asked if any of my acquaintance knows you; I have tried by various means to secure your name and the whereabouts of your house. But I am afraid that by yesterday afternoon my patience was exhausted, and I resorted to low tactics. My friend and I followed you (discreetly, I believe; you did not see us) and noted which house you and your family entered. This morning I have returned, bearing this note
.

I will be waiting, by your mother’s good grace, for a reply. If you wish to dismiss me, please add your wishes to this note and return it to me by your housemaid’s hand. If you would condescend – and I desire this most passionately – to meet me, I am at your service
.

Aurora looked up to find herself surrounded by three expectant faces.

“What does he say?” asked Eleanora.

“Does he mention his friend?” asked Flora.

“Actually, he does.” Aurora handed her the letter. “And he mentions you, too, though not in the context you might hope. Here, take it. I do not know what to do with it. It is a powder keg.”

“What do you mean, a powder keg?” asked Eleanora. “You do say some odd things sometimes, Aurora.”

Aurora stepped into her petticoat and drew it around her waist. “I mean that this piece of paper contains something that might burn my fingers. If I agree to meet this gentleman, who can tell where it will lead?”

Flora was snorting in disbelief as she read. “Gentleman! I would wager that he is
not
a gentleman, and wishes merely to—”

“Flora! He
is
a gentleman, and a wealthy one, by the look of him,” insisted her mother. “I want no foolishness from any of you girls.”

“Do you think he wishes to
marry
Aurora?” asked Eleanora.

“Of course not,” snapped Flora.

“But supposing he does?” persisted her sister.

“Then she must decide upon her answer.” Mrs Eversedge looked at Aurora calmly. “And she had better be quick about it, in case he should change his mind. Hester, show the gentleman into the parlour.”

Ten minutes later, Aurora followed her mother downstairs to the parlour door. She concentrated on counting the frills on the back of Mrs Eversedge’s second-best cap, trying to control the shaking of her legs beneath her skirt and the shortness of her breath beneath her blue silk bodice.

Her mother paused with her hand on the doorknob. “Remember, child…”

“Decide quickly,” recited Aurora. “In case he should change his mind.”

Edward Francis was standing by the window. The light of the April morning fell on his slight figure, illuminating the hollows of his face beneath his wig. Aurora and her mother curtseyed low as he turned. “We are honoured, Mr Francis,” said Mrs Eversedge. “I am Catherine Eversedge. May I present my daughter, Miss Aurora Eversedge?”

The gentleman executed an awkward bow. The thought passed through Aurora’s head that he was embarrassed. Or perhaps, now that he had inspected her more closely, he was regretting his impulsiveness.

“The honour is all mine.” His voice was quiet and cultured. A little effeminate, Aurora decided. And she did not like his green suit, nor his green hat. Green was an unlucky colour.