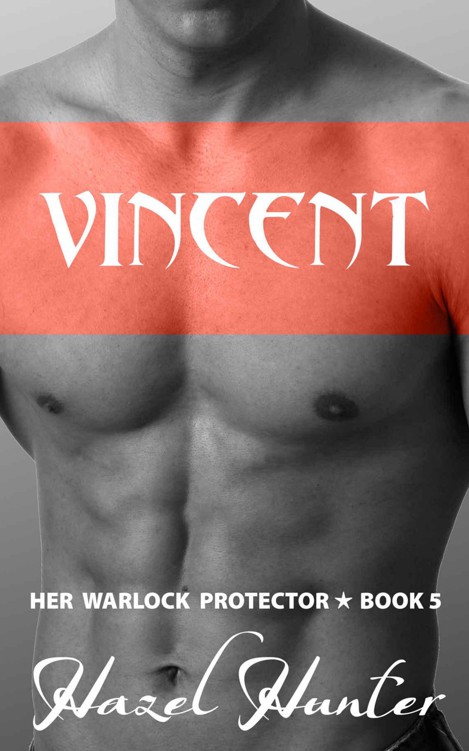 Note from the Author

It’s not that Amanda Kirkus doesn’t want to be a witch. It’s just that she sucks at it. Despite the classes, and spells, and practicing, there doesn’t seem to be anything that she can really do. Though she’d resigned herself to keeping her day job as a hairdresser, everything changes when someone from her past reenters her life.

Vincent Harcourt can hardly believe that the beautiful woman he’s been monitoring was the girl he’d once known in high school. Though he’s an immortal warlock now, all Amanda can see is that his black hair has gone completely white. Still struggling to get past the incident that gave him the silvery hair, Vincent is determined to nurture Amanda’s untapped power.

But when his nemesis arrives seeking to conclude unfinished business, Vincent must confront a past that he had thought to leave behind. As he and Amanda fall hopelessly in love, she becomes a pawn in a game bigger than any of them could have conceived.

Vincent Harcourt flicked his wrist, changing the photograph on his phone screen from that of a border collie to a headshot from the Blown Beauty Salon website. The name “Amanda Kirkus” ran in white block letters on a black background underneath the photograph of the stunning blonde with an up-turned nose and radiant smile.

It was day three of sitting surveillance on the beautiful Amanda Kirkus, who, inexplicably, went from work to home each night without stopping. There was something deeply suspicious about a town where a woman who looked like that went home alone every night. Suspicions aside, all signs pointed toward this being a waste of Magus Corps time and money, even if he had managed to catch-up on his leisure reading. His classic video game scores had never been higher.

The lights flicked off inside the salon and Vincent sat up to pull his seatbelt on, readying himself for the adrenaline portion of his surveillance day. Exiting the salon first was Aimee Wong, thirty-eight, California native living in Galveston for ten years, co-owner of Blown and of no interest to Vincent whatsoever. He started the Charger and turned the heat up full blast to drive the frozen salt air from the car. Next out, Amanda Kirkus, a possible untrained witch, thirty-one, co-owner of Blown and the reason Vincent was stuck in Galveston, Texas—in February. It was an odd homecoming in a way, though he hadn’t been back to Texas in years, and he’d never been to Galveston.

The cold wind off the Gulf swept Amanda’s long hair away from her flawless face as she unlocked her pristine, cherry red, Austin Mini Cooper and hopped in. Vincent saw the headlights of the car blaze on and leaned forward, putting the Charger in drive, right foot on the gas, left foot on the brake.

Amanda Kirkus fired her Mini Cooper out of the parking lot, bouncing over the curb and into traffic, tires squealing as she made the hard right turn.

Vincent slammed on the gas, tearing out from behind the dumpster. There was just enough traffic to bring the Charger to a sliding stop three cars behind Amanda at the first stoplight, the evening’s drag race momentarily delayed by an ill-timed light. He revved the Charger’s engine, prepared for her next move. He sat in the right hand turn lane, ready for her right onto Seawall Boulevard and the race back to her house.

Horn blaring, Amanda shot across three lanes of traffic cutting off two cars and narrowly missing a bicyclist in the crosswalk to make a hard left at Seawall Boulevard, heading east, away from her house.

The Charger was a powerful car but could not maneuver as well as the Mini, leaving Vincent trapped in the far right lane between a VW and a Chevy coupe. He fought his way over to the left turn lane, bullying the Charger left on Seawall Boulevard as the Mini’s brake lights flared in the rear view mirror. He pulled a screeching U-turn, hammered on the gas and put the Charger’s engine to work. He followed her through town, slowing to a crawl as they entered the historic district.

Amanda slid the Mini to a stop in a parking space outside a sunshine yellow, elevated, creole cottage, the bumper of the Mini a paper’s thickness from the white privacy fence which surrounded the property.

Vincent circled around, pulling through the alley rather than taking the longer trip around the block, before parking three spaces down and to the left of Amanda’s Mini. He turned off the engine and brought his phone to life.

“The Tree of Knowledge” was painted in two foot high script across the twelve foot high, faux-colonial sign staked in the front yard of the cottage. The phrase “Classes Available” had been added by a less adept hand in smaller print as a second line. A pleasant enough looking home, if you liked your home enclosed by an eight foot high privacy fence.

A quick internet search let Vincent know this was the place, the moment he had waited for. The Tree of Knowledge’s course offering for the evening: Learning Tarot, with the special bonus of “Open to The Public.” Three days of home-to-work-to-home trips, and he finally had an opportunity to observe her in public without attracting undo attention.

Nothing brought an end to a Corps investigation quite like a stalking charge.

He watched a few more people drift through the gate and into the house. He was a little overdressed in his standard uniform of black wool suit and black cotton dress shirt, but nothing that would stand out. He exited the Charger and headed for the cottage.

Inside, hardwood floors creaked in the near silent combination living and classroom. Students turned to look over their shoulders at him, but Amanda, in the front of the class, was too occupied with the arrangement of her cards, notebook and pens to look his way. He took a seat at the back of the room in a metal folding chair, elbows propped on the wood-grain laminate surface of the cafeteria table and looked around the room to take in his fellow students. Most were of the bored, normal variety, housewives and lonely hearts who were here in the search of something to make them unique in a world filled with beige walls and Berber carpets.

The instructor breezed into the room through a doorway at the front left of the classroom tables in a cloud of patchouli and sandalwood, her loose dress and scarf flowing behind her.

Vincent ducked, careful to keep his face hidden from the instructor, one Paulina Fordham, coven leader and kind of an ex, sort of, if you counted that thing in Marrakech.

Amanda looked up from her the notebook when Paulina entered. Pens out, notebook open, Tarot cards face up on the table in front of her. She was ready. The cards were rich with symbolism, but the pictographs on the overhead flickered by fast as Amanda tried to catch everything. She pushed her pen across the notebook page, filling out her pre-drawn table with as much information as she could. The Nine of Pentacles flashed on and off the overhead screen in less than a minute.

The normals would get just enough out of the class to come back to the next session and the Wiccans could log their continuing education credits with Magus Corps without breaking a sweat. All at twenty-five dollars per session, per person, with two sessions a week.

The class ended as it had begun as Paulina drifted back through the doorway at the front of the room, taking the patchouli and sandalwood with her.

Amanda stood, shoved her notebook and loose cards into her leather courier bag and followed the rest of the class back out through the front door into the enclosed courtyard.

Vincent stood as she walked past, catching her eye.

She threw him a cheeky smile.

Well, I'll be damned.
He returned her smile.
This may be easier than I thought.

THE CHAIR OPPOSITE the table from her screeched as it was pulled across the cement pavers of the cottage’s courtyard. Amanda sat under the heat lamp, warm in its glow as Vincent Harcourt took a seat in the pulled-out chair. His sharp features lay under a head of short clipped, silver hair Amanda remembered as black. It wasn’t gray with age, but something more. She could not have recreated that shine, even with the help of the best hair products in the world. She wanted to touch it, run her finger through the strands to see if it felt as electric as it looked. The boy she had known had grown into a man with that perfect airbrushed quality you only see in soap operas and porn. She grinned from ear-to-ear.

“Do you really not remember?” she said. “Gorman Catholic School, Tyler, Texas."

"Anne Shaw. We were in the same graduating class."

He stared down at her.

The Anne Shaw he had attended High School with had been twenty-five pounds heavier, a brunette and, most importantly, named "Anne Shaw" not "Amanda Kirkus."

flashed across his face, then a grin.

“You look fantastic,” he said. She couldn’t help but laugh. "I mean, you always looked great, but now…”

Until she’d heard him say it, she hadn’t realized how much she’d wanted to hear it.

"Thanks,” she said, grinning. “And the name is Amanda now."

She let him off the hook. "No offense taken. It's nice to know you were interested in me and not the girl you sort of knew in high school."

His smile was absolutely gorgeous. "So how are you?" he asked.

AS AMANDA FILLED him in on the intervening years, Vincent found himself entranced. How the gorgeous woman sitting with him could have been that girl in high school he still could not fathom.

"Oh, I didn't change my name,” she was saying. “Well, that's not entirely true. Anne is my middle name and used by everyone in Tyler. First day of college the professor called attendance and said, 'Amanda.' Turns out, I’m a 'Amanda' not an 'Anne.'

I became a Kirkus when I got married."

It felt like a piece of his life had just been stolen from him.

I really should have read the goddamn file.

"Divorced. Two years. And you?"

She is going to think I am a lunatic if I don’t stop grinning.

Paulina rapped her knuckles on the table top. Both Amanda and Vincent looked up to see the courtyard emptying as the last of the students drifted toward the gate.

“How is it going?” Paulina asked.