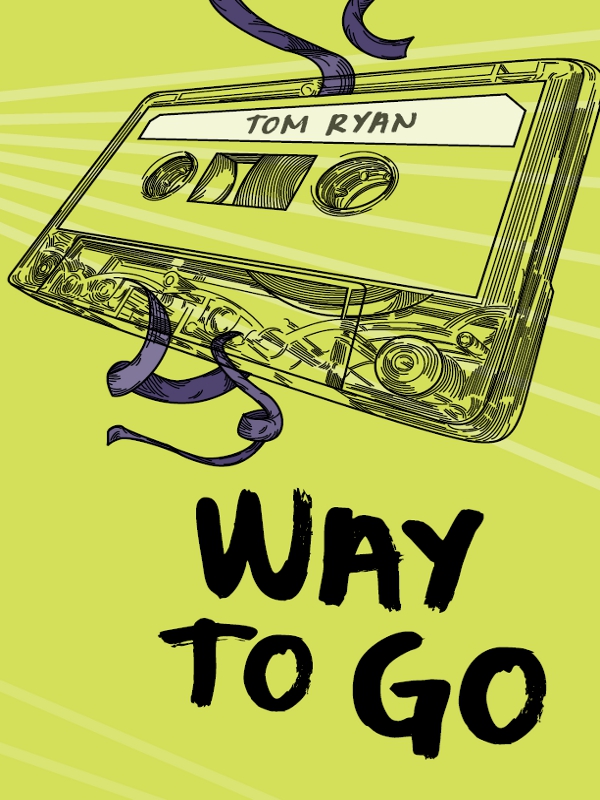 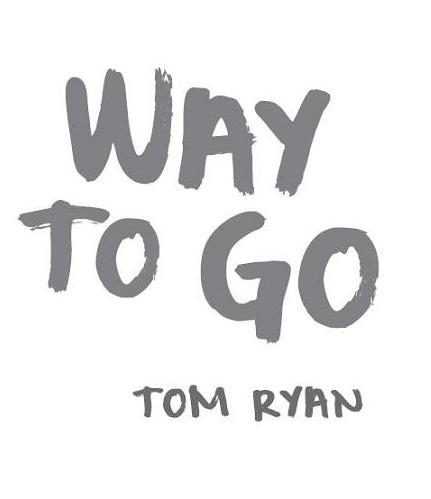 Summary
: Danny is pretty sure he's gay,
but he spends his summer trying to prove otherwise.

Orca Book Publishers is dedicated to preserving the environment and has printed
this book on paper certified by the Forest Stewardship Council
Â®
.

For Andrew.
Things got better when I met you.

Kierce had a rule for every situation, and he never missed a chance to toss them at me and Jay like free candy. There were hundreds of them, but three were carved in stone.

Rule One: Keep a healthy mind in a healthy body.
Kierce worked out every morning, and he tried to read at least one book a month. I could sort of understand the reading thing, but the thought of all that exercise made me sick to my stomach.

Rule Two: If you want to get rich, you've got to do well
in school. Study as hard as you party.
I was a good student, but I didn't see how that was going to help me get rich. I could tell you the years each of the provinces had joined Confederation, or the difference between mitosis and meiosis, but I wasn't actually
good
at anything. As for partying, well, let's just say that I wasn't the kind of guy who was known for holding his liquor.

Rule Three: Never, ever miss a chance to get laid.
Kierce called this one the Golden Rule, and he spent a lot of time trying to follow it, with mixed results. I had a pretty good reason to ignore the Golden Rule completely, but I wasn't about to tell that to Kierce, or anyone else for that matter.

If I'd had rules of my own, they would have been more along the lines of,
Don't rock the boat
, or,
Keep your cards
close to your chest.
My Golden Rule would have probably been,
When in doubt, get scared and clam up
. As for Jay, he wasn't really a “rules” kind of guy. Unless
No worries
counts as a rule.

Jay and I had been best friends since before we could talk. There's a picture of us side by side in our strollers, our moms standing behind us wearing hippie dresses, wooden beads and big sunglasses. Jay is beaming at the camera, and I look terrified. Typical.

The year we were twelve, he and I were sitting on his front steps when a moving van pulled in next door. Within five minutes, Kierce had strolled over and introduced himself to us as “the best thing to happen to Deep Cove since sliced bread.” It wasn't long before my dad was calling us the three amigos.

By the time I was seventeen, I had a lot of practice at keeping secrets.

ON THE LAST
morning of exams, I sat in the school gym waiting for my grade eleven English final, the last thing standing between me and the summer of '94. I looked over at Kierce, who was turned sideways, balanced on the back two legs of his chair and flirting with Charlaine MacIntosh, who was doing her best to ignore him. Not that Kierce was the kind of guy to let that bother him. “Rule Seventy-three, Dan. If at first you don't get laid, try somebody else.”

Three seats ahead of Kierce, at the front of the gym, Jay was tapping out a beat on his desk with a pencil. He looked pretty cheerful for a guy who hadn't handed in half of his assignments all semester. I doubted he'd even bothered to crack a book to study.

Finally the exam was passed out. I skimmed the questions and knew right away I wouldn't have any problems. I glanced at Jay. He was still smiling, but I could tell by the way he was squinting at the exam and slowly shaking his head that he was screwed. No big surprise, but it was still bad news. If Jay flunked English, he'd have to repeat the year, which meant he wouldn't graduate with us.

There was nothing I could do about it, so I turned back to the exam and got to work. After only half an hour, Jay got up from his desk and passed his exam to the teacher on duty.

After the exam, I met up with Kierce at our lockers.

“Pretty good. I think I might have nailed the tough stuff, but who knows. Jay didn't stick around for too long.”

“Well, what are ya gonna do? Do you think he's at the Spot?”

“There's only one way to find out.”

TO GET TO THE SPOT,
you had to follow the abandoned train tracks for about a mile or so out of town, until you came to an old railway trestle that spanned a river gorge. If you scrambled down a slope that dropped from one corner of the bridge toward the river, and then hoisted yourself up onto a large cement anchor block underneath, you'd find yourself in a little room, hidden under the edge of the bridge with a clear view down through the trees and the brush to the river below. This was the Spot.

In the Spot, you felt as if you were both floating above the world and hidden beneath it. It was pretty comfortableâfor a concrete slabâand ever since Jay and I had discovered it, a couple of years before Kierce came on the scene, it had been our regular hangout. Lately we'd been going to the Spot less frequently, but Jay still spent a lot of time there, even when Kierce and I weren't around. There were five kids in his family, and the Spot was the only place he could get some peace and quiet.

Sure enough, he was there, sitting cross-legged in the middle of the bridge, smoking. Kierce picked up a pebble and whipped it within inches of the cigarette.

Jay made a face of mock horror. “Hey! What's your problem?” he yelled.

“Rule Twenty-four: Smoking's for idiots! So, you finished that exam pretty early. Are you some kind of Shakespeare expert all of a sudden?”

Jay didn't answer. He just flicked his cigarette over the edge, stood up and threw his backpack over his shoulder.

Kierce and I followed Jay under the bridge and up into the Spot. Once we were settled, he immediately lit up another smoke. Kierce pulled back and pretended to gag. “Jesus, Jay, you're gonna give us all cancer.”

In answer, Jay edged a bit farther away and held the cigarette as far from us as possible. “All right, boys, I've got good news and I've got bad news,” he said.

He laughed. “Yep, I totally shit the bed on that exam. Guess I'll be sticking around this place for another year. Who knows, maybe I won't even bother finishing. Maybe I'll just head out west and make some real money.”

Kierce rolled his eyes. “Don't be an idiot, man. Suck it up and finish high school, otherwise you're just asking for a miserable life.”

“Maybe there's some way you can take extra credits,” I said, “I don't know, summer school or something.”

Jay looked at me as if I was insane. “Fuck summer school. I'm not gonna piss the summer away in a classroom, reading
Lord of the Flies
all over again.”

“As if you read it the first time,” said Kierce.

“Whatever. Some people just aren't cut out for school. Life's about more than books and tests.”

“Yeah, it's about getting a hot girlfriend and buying expensive shit,” said Kierce. “Good luck doing either without a high school diploma.”

“We'll see,” said Jay, his big smile plastered across his face as if he didn't have a care in the world.

Jay didn't seem to worry about his future at all, which amazed me. Sometimes I wished I could be that laid-back. I had good marks, but no more of a plan than he did. I certainly wasn't as motivated as Kierce, who wanted to be a lawyer. According to him, lawyers made piles of money and spent their free time cruising around on yachts with hot chicks.

“What's the good news?” I asked Jay. “You said you had bad news and good news.”

“Are you kidding me?” he asked. He flicked his cigarette butt and watched it ricochet off a steel girder. “The good news is, school's out, losers! It's time to par-tay heart-tay.”

“Speaking of summer, D-Man,” Kierce said to me, “you gonna make it your mission to get laid before September, or what?”

Screw Cupid by Arianna Hart
Cut Off by Robertson, Edward W.
Flight of Fancy: Cora's Daughters by Mercedes Keyes
Sprout Mask Replica by Robert Rankin
The Renegades (The Superiors) by Hillbrand, Lena
Theirs Not To Reason Why: A Soldier's Duty by Johnson, Jean
Eric 754 by Donna McDonald
His to Command #2: The Capture by Carew, Opal
Bad Luck by Anthony Bruno
Unleash Me, Vol. 1 (Unleash Me, Annihilate Me Series) by Ross, Christina