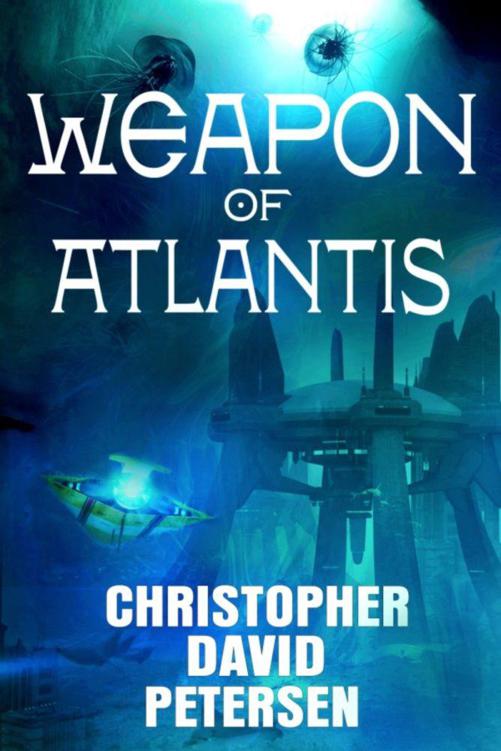 Lord Zagreus stood at the bridge of his
flagship command spacecraft and monitored the three-dimensional holographic image of his fleet. Numbering two thousand in total, the legions of spacecraft ranged in size from two-place close-range fighters, to thirty-place pulse-energy destroyers, as well as several large-troop transports.

Staring down at the circular console, he watched a
s his fleet approached the city of Geleon on the planet Arae from four directions. He smiled in confidence as the coordinated plan of attack so far, progressed without opposition.

Slowing from light speeds to a stop, each of the four corps of spacecraft hovered at their designated rendezvous points just outside Arae’s outer atmosphere. Seconds later, Lord Zagreus gave the command:

“All craft: commence operations,” he announce with great authority. “Direct your fire at the outer ring of Geleon. Drive them to the center.

From across the fleet, a single reply was heard: “Yes, my Lord.”

At the northern edge of the city, Zeus sat quietly in his lab and studied the latest results of his genetic analysis. After more than three years of intense research, he felt he was on the brink of discovery. If he could somehow find success in his work, he knew it would change the course of the Endorian-Araean war.

The previous three years were marked by repeated setbacks as Endorian spies infiltrated Araean society.
With each new discovery of Zeus’ secret labs, Endorian forces launched attacks and destroyed them. Narrowly escaping each time, new locations were selected and his research continued.

Poseidon stood over his brother’s shoulder and watched the data scroll by the holographic computer screen.
His grim face told the story.

“The enzyme levels are low. I was certain the
new proteins would’ve initiated at least a small measure of cell growth,” he said to Zeus.

“Growth signal
s from the apoptotic cells must still be receiving some form of interference. If we could isolate them and rerun the analysis, we might have a better chance of pinpointing the breaks,” he responded.

“What is it?” Zeus asked, puzzled by his brother’s expression.

“There’
re no more cultures left. That was the last sample,” he responded.

“How could this be?
I thought we had enough for several more tests,” he asked incredulously.

“Most were destroyed in the last attack. We’re growing some new cultures now, but it could be weeks before they’re ready.
We need isolation.”

Zeus shook his head
in disapproval. “Madness!” he blurted in anger. “How are we expected to produce results with all these distractions? I fear Arae will lose this war well before we ever find the secret to cell regeneration.”

As the two thought about
his words, a bright light illuminated on the ceiling and began to flash. Both men froze momentarily as they stared at the light in disbelief. Seconds later, they sprang into action.

“
Transfer all of today’s data to the pod, then set the charges to the lab,” Zeus ordered, his tone now fearful. “I’ll contact command.”

Minutes later, the two rushed to the rear of the facility and entered a narrow doorway leading into the two-seat emergency escape pod. Once seated, the round vehicle measuring six feet in diameter, instantly darted away. Traveling in a tunnel just below the surface, the pod moved swiftly along a set of magnetic rails. Strapped in, both men clung to handgrips as the pod cornered and descended along its path.

Sitting directly across from each other, both men wondered if this ride
once again, would be their last.

High above Geleon, Lord Zagreus monitored the progress of the battle from his flagship. After only minutes, his legions of aircraft completely surrounded the city and began laying down pulses of detonating light that streaked across the sky. As the beams of light contacted its target, the intense energy penetrated the material, causing it to heat and explode. All around the city, a ring of fire burned brightly.

“Scan the outer
perimeter,” he ordered.

What seemed an eternity was in reality, mere seconds. Suddenly, a shout blared over the intercom.

“Sir, I have a fast moving target, heading east,” called the voice anxiously. “Should we pursue?”

“Of course,” Lord Zagreus responded in exasperated tone. “It could be them. I want four units tracking that target,
now
!” shouted forcefully.

Lord Zagreus watched anxiously as four of his small fighter
s broke from formation and began to chase down the unidentified target. He wrung his hands and hunched over the computer top, watching for the lead spacecraft to report its sighting.

Growing impatient, Lord Zagreus shouted, “Well? Have you made contact yet?”

“This is ridiculous. You’re right on top of it,” he shouted back.

There was a moment of silence, then:  “Sir, we’re getting a more distinct reading. The target is descending below the surface.”

A second later, four spacecraft shot bursts of light at the ground. Instantly, the soil overheated and exploded, creating a gaping hole.

“You missed,” Lord Zagreus shouted frantically.  “They’re getting away.
Keep firing!” he bellowed.
Another four rounds struck the hole, widening it further. As the airborne particles began to clear, it became obvious they had missed their mark.

“
Keep firing,” he ordered once more, growing angry. “It’s got to be them. They must not escape.”

Zeus and Poseidon stared at each other in the near darkness. Aside from a dim overhead light to illuminate their features, both could barely see the other’s face. Even in the low light, their eyes registered one distinctive emotion: fear.

As the four spacecraft focused their efforts, the ground shook and
erupted, violently rocking the pod as it traveled along its rail. Although the two were secured in their seats, the impact of the explosions lifted them abruptly and pressed them tightly against their restraints.

“They
’re close,” Poseidon shouted in fear.

“I know. There’s nothing we can do. Try to
remain calm,” Zeus shouted back sympathetically.

A second later, four large blasts penetrated deep into the ground, sending debris violently downward through the rail shaft toward the pod. As it caught up to the descending escape craft, sand and rocks engulfed the out
er structure, nearly breaking its clear outer shell.

Poseidon and Zeus clung tighter to their hand grips, but the force was too great. It wrenched their hands free and
they both thrust violently against their restraints.

“They know where we are!” Poseidon shouted in panicked tone.

“Just hang on. A few more feet and we’ll be too deep for contact,” Zeus encouraged over the rumble of explosions.

Another thunder
ous blast rocked the ground around them. Inside the pod, the two felt their tiny vehicle momentarily break free of its magnetic grip, slam into the tunnel’s casing, then draw back onto its rails. In the dim light, both stared in horror at the fractured glass-like structure that protected them.

More explosions rocked the tunnel, collapsing the structure behind them. Sand and stone hurled through the air. Pos
eidon closed his eyes tightly and he ducked his head from the debris’ impact on the pod. Turning back, terror filled his senses as the entire surface of their vehicle was now covered in cracks. Zeus could see desperation in his brother’s eyes. He felt powerless to help him.

Seconds later, a powerful rumble became a deafening roar as their
darkened world shook more violently. With the coordinated firing from the Endorian fighter-craft, their concentrated strikes knocked out all power to the magnetic rails, rendering them useless. Instantly, the ill-fated pod tumbled undirected into the walls of the tunnels, shattering its exterior, showering the two with broken glass and rubble.

Protected by a
ribbon of metal that supported the now broken glass, the flimsy roll bar began to collapse as the pod plunged deeper down the crumbling shaft. Rolling over and over, debris pelted their bodies and they grunted in pain.

Suddenl
y, all stopped. Upside down, they hung in total darkness. Zeus switched on a powerful light attached to his electronic wristband. He stared in horror at the sight of his unconscious brother.

“Poseidon!” he shouted frantically. “Poseidon, are you alive?”

Zeus quickly pushed a button on his restraints. Instantly, he dropped to the ground, upside down. He righted himself and reached up for Poseidon. He laid his hands on his chest. A wave of relief swept over him as he felt his brother breathing.

Another thunderous roar shook the ground around them. More rubble coated them, creating a cloud of dust and
sediment in the air and momentarily dimming Zeus’ light. Instinctively, he rushed forward and clung to his brother’s body, protecting it from harm.

With a momentary break in the
action, he reached up and unsnapped Poseidon’s restraints. Instantly, Poseidon’s full weight collapsed on top of him. He righted his brother’s body, then pulled him from the nearly destroyed pod.

As another strike jarred the world around him, Zeus covered
Poseidon’s body with his own and absorbed the impact of the projectiles that pummeled him. He grunted in pain, then hauled the lifeless body over his shoulder in one strenuous effort. He stumbled as the ground shook, caught his balance, then hurried down deeper into the tunnel.

The four fighters hovered in their position and fired at the gaping hole in the ground that exposed the steel magnetic rails and the hardened casing of the now destroyed tunnel. Watching their ground-penetrating radar for movement of the pod, they realized they had accomplished their mission as any trace of the vehicle now disappeared from their computer screens.

“Hold your fire,” the commander of the four spacecraft shouted over the intercom.

He studied his screen with intensity. A smile curled the corners of his mouth.

Bulldozed by Catt Ford
Holly Madison (Sins of the Father, 2) by Khan, Jen
The Passionate Attention of an Interesting Man by Mordden, Ethan
The Courage To Love (Love On The North Shore) by Tetreault, Christina
Project by Gary Paulsen
The Bell by Iris Murdoch
Leave a Trail by Susan Fanetti
Rogue: A Stepbrother Forbidden Romance by Brother, Stephanie
Chet & Floyd vs. The Apocalypse: Volume 1 by Hunter, Justin
Conner's Wolf by Jory Strong