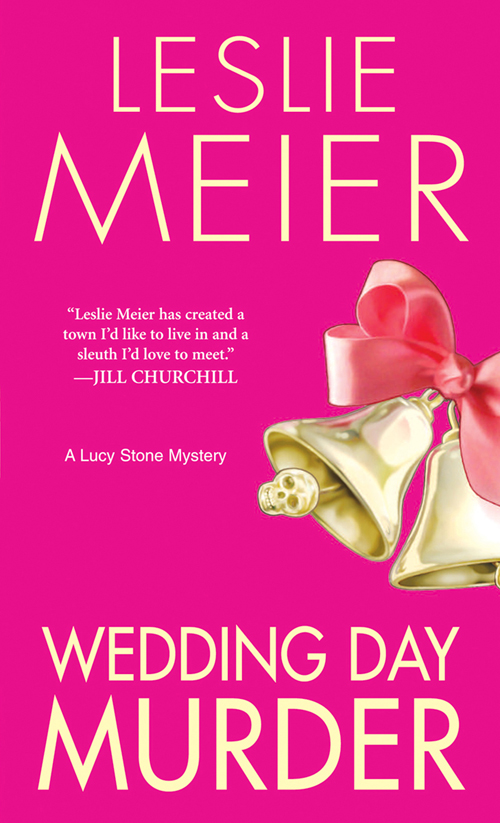 DEARLY DEPARTED
The sky was filled with exploding fireworks, and the party moved to the upper deck, crowding around the railing facing the harbor. Sue woke and, guessing that her greenish pallor was not the reflection of the fireworks, Lucy helped her up and led her downstairs.
“Don' fee-el goo',” said Sue.
“Look at the fireworks,” urged Lucy, hoping to distract her.
Sue clutched the railing and leaned over.
Here we go,
thought Lucy. But she was wrong; Sue was pointing to the water.
“Whaash that?”
Lucy looked down and saw something white. “A reflection?”
“No.” Sue leaned over farther, and Lucy grabbed the back of her dress.
“Whoa, there. You're going to fall in.”
“Thas wha' happened. Somebody fell in.”
Lucy looked again. Sue was right. Whatever was floating there did resemble a human shape.
“It's probably garbage or something,” said Lucy, looking up as a giant rocket exploded overhead, filling the sky with light.
“Not garbage.” Sue tugged her sleeve. “Look.”
Lucy looked and saw the white form now had arms and legs and a head, all floating a few inches below the surface of the water. Another wave came and the body rolled over. Even in the dim light, Lucy was sure it was Ron. . . .
Books by Leslie Meier
MISTLETOE MURDER
Â
TIPPY TOE MURDER
Â
TRICK OR TREAT MURDER
Â
BACK TO SCHOOL MURDER
Â
VALENTINE MURDER
Â
CHRISTMAS COOKIE MURDER
Â
TURKEY DAY MURDER
Â
WEDDING DAY MURDER
Â
BIRTHDAY PARTY MURDER
Â
FATHER'S DAY MURDER
Â
STAR SPANGLED MURDER
Â
NEW YEAR'S EVE MURDER
Â
BAKE SALE MURDER
Â
CANDY CANE MURDER
Â
ST. PATRICK'S DAY MURDER
Â
MOTHER'S DAY MURDER
Â
Â
Â
Published by Kensington Publishing Corporation
A Lucy Stone Mystery
WEDDING DAY MURDER
LESLIE MEIER

All copyrighted material within is Attributor Protected.
Table of Contents
DEARLY DEPARTED
Books by Leslie Meier
Title Page
Chapter One
Chapter Two
Chapter Three
Chapter Four
Chapter Five
Chapter Six
Chapter Seven
Chapter Eight
Chapter Nine
Chapter Ten
Chapter Eleven
Chapter Twelve
Chapter Thirteen
Chapter Fourteen
Chapter Fifteen
Chapter Sixteen
Chapter Seventeen
Chapter Eighteen
Chapter Nineteen
Chapter Twenty
Chapter Twenty-one
Chapter Twenty-two
Chapter Twenty-three
Teaser chapter
Teaser chapter
Teaser chapter
Copyright Page
Chapter One
S
tanding in her kitchen in Tinker's Cove, Maine, where she was cooking up a big pot of clam chowder base she planned to freeze for easy summer suppers, Lucy Stone knew she was in the final countdown. The hands on the old Regulator clock read a quarter past three; in moments the school bus would arrive for the last time until next September. It was Monday, June 17âthe last day of school.
Watching the second hand jump forward, Lucy felt her freedom ticking away. Oh, she'd had a better run than usual this year. Thanks to several heavy snowstorms, the school calendar had been extended to make up the lost days. But now, the 180 days mandated by the Tinker's Cove school board and agreed to by the teacher's union had finally been completed.
The grind of gears as the big yellow school bus started the climb up Red Top Road told Lucy her time had run out. This must be what it feels like to be a condemned prisoner who hears her last appeal has been denied, she thought. She went over to the screen door and listened. It was like this every year; she could hear the children's excited screams as the bus drew closer. Then the brakes squealed and the doors flapped open.

Scrumptious by Amanda Usen
The Voyage of Promise by Kay Marshall Strom
Let It Snow (The Hope Falls Series) by Shawn, Melanie
Vampires in the Lemon Grove by Karen Russell
Officer Spence Makes No Sense by Dan Gutman
Mission of Gravity by Hal Clement
The Twisted Root by Anne Perry
Tailspin by Elizabeth Goddard
Twice as Hot by Gena Showalter
Too Soon for Flowers by Margaret Miles