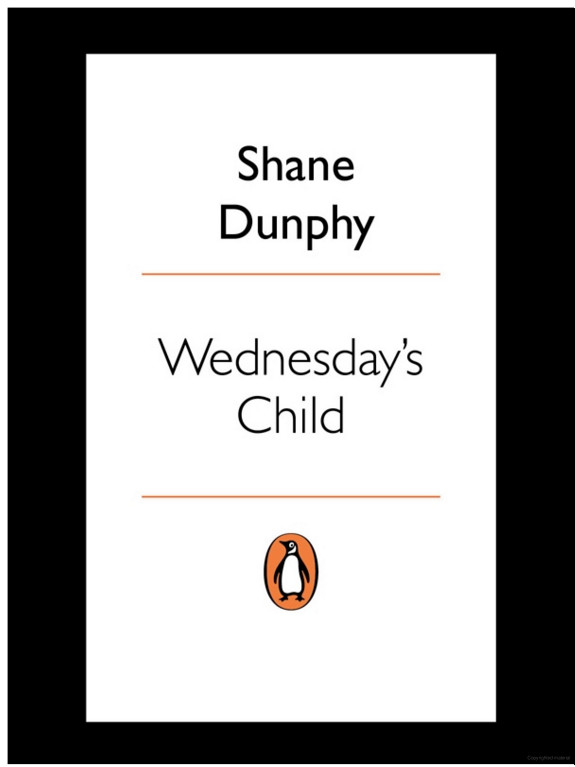 Shane Dunphy worked in child protection in south-east Ireland for fifteen years. He now tutors on childcare courses in Waterford City. He lives in Wexford with his wife and two children.
Wednesday’s Child
is his first book.

This book began life as a series of case studies for a doctoral thesis, and only very gradually, through the prompting and encouragement of others, became the story that you have before you today. It is a record of my experiences with three special families. It is not told as entertainment, but to show that in a society that is often insular and unwilling to look upon harsh realities, courageous struggles are going on daily, often unacknowledged, fought by those who dwell on the peripheries of our world.

I have been involved in social-care for more than fifteen years, and this book involves experiences taken from right across that time-span. For ease of reading, I have compressed the narrative into a single time-line. You will read the story of one year in the life of a child-protection worker, based in an office somewhere in Ireland, during a period in which what we now call the Health Executives were called the Health Boards. In reality these cases did not happen concurrently and could have occurred at any time across that fifteen-year period. To protect the identities of the children, adults and professionals involved all geographic details, family specifics, names and sometimes
gender have been altered. All experiences did, however, happen.

In
Wednesday’s Child
I discuss a number of other professionals I worked with. These are mostly composite characters, amalgamations of workers I have known and had the pleasure to work alongside. I have learned from everyone I have shared an office with, and I have tried to demonstrate that here.

I have reproduced procedure as well as I can recall it. If you notice any errors, they are all my own. Different regions operate different methods, and if the book reflects that, so be it.

I went down to the town with my work boots on.

Man said: ‘We got some work right here,

For those that got a mind, my son.’

Well I worked until my hands was raw

And my back was aching, stiff and sore.

And, son, it just gets worse from here!’

The day had started off badly. Thinking about it, I should have seen the signs, but back then I was dangerously optimistic. It is a character flaw that I have since corrected. I had arrived at the offices of the Child Protection Department at 10.30 a.m., and had immediately been taken to see Joe Strand, a social worker. Joe was a tall, fat man from Cork. It was my first day working on the team, so I didn’t know Joe at all, but I could see that he was running a fever and was very ill. His breath rattled in and out of his well-padded chest and he was bathed in a sheen of sweat. He told me that a call had come in several minutes earlier to say that there was a disturbance out at the Kelly house in Doonan. He thought we should go out immediately, and asked me would I mind driving – he wasn’t sure he was able.

I had been assigned my caseload only an hour before that and therefore had had no time to acclimatise myself to the various children and families I was representing. The file on the Kellys was vast, and I couldn’t even remember the names of the four children in the family. I did know that they had the capacity to be extremely challenging and that a disturbance could only mean that we were heading
into a potentially violent situation. As we walked to the car, Joe told me that the gardaí would be meeting us at the house, but that they wanted us to go in first to try and evaluate the situation. They had indicated that Mrs Kelly was in the house, along with at least two of the older kids, one of whom had an infant. The nature of the disturbance was still uncertain.

We drove through the town. It was a sunny morning, and early shoppers were going about their business. I tried to gather my thoughts. My caseload was made up of twelve cases, which ranged from multi-agency families like the Kellys to children in residential care who were at risk of their placements breaking down, to a couple of children in foster care who were proving to be problematic to their foster parents, and finally to the running of a group for children who were exhibiting challenging behaviour in school.

As I drove past the Church of the Sacred Heart on the main street, a mother and her small son, a curly-headed toddler, were standing at the curb waiting to cross. I was chatting inanely to Joe. To be honest, I was beginning to worry about him. He seemed to be drifting in and out of consciousness, and did not seem to be really aware at times of what was going on. I attempted to keep my tone light, but I was also trying to keep him with me. As we were about to drive past the gate of the church, the toddler slipped his hand out of his mother’s and shot out into the line of traffic.

It’s strange how things seem to slow down when a crisis occurs. I recollect seeing the child’s face break into a wide, innocent grin. I remember him jumping in a loping, clumsy manner off the curb of the footpath, and almost losing balance as he hit the tarmac of the road. I saw the mother bringing her now empty hand to her mouth as she started to scream at the escaping child – interestingly, she didn’t run after him. The child’s frame crossed as if in slow motion in front of my car. I roared a profanity and hit the brakes as hard as I could.

I have very mixed views on religion. You don’t remain in my line of work without coming to think that there’s something out there, although you start to believe that it’s not always altogether good. However, on this sunny morning, as I headed for an appointment with leering, capering insanity, somebody was watching out for me. The bonnet of my car stopped within centimetres of the toddler who, oblivious to the danger, continued to run awkwardly across the street. The mother was still standing on the footpath, watching the small figure of her child disappear into the crowd of pedestrians on the opposite side of the road.

‘Would you ever watch out for your child?’

Joe had rolled down his window and was shouting at the shocked woman. Somehow, he had returned to consciousness for a few brief moments and had caught the near death of the adventurous toddler. His dulcet southern tones seemed to shake her out of her
lethargy, and she suddenly broke into a run, crossing in front of us. I watched her go, and then returned pressure to the accelerator and moved forward.

‘Jesus, that was a fuckin’ close one,’ I said, wiping the sweat from my brow.

‘Lucky you weren’t going a few miles an hour faster.’ Joe was leaning his head against the head-rest and closing his eyes. Within moments he was gone again.

Doonan is a small village. It looks like something you would expect to see in
The Quiet Man
, surrounded by green fields, with white-washed thatched cottages here and there and pubs with names like the Horse and Hound. It is, however, a bad place. We would never visit there without letting the people back at the office know where we were, and we would never go alone. Two minimum.

The estate where the Kellys lived was up a short hill, past a small local shop. It had a horseshoe shape and was made up of fifteen houses, built in the late 1980s by the local County Council. Every single family in these houses had a social worker assigned to them. Some, like the Kellys, had more than one. It was almost a badge of honour.

I parked the car outside number eight, the Kelly homestead. I parked it pointing toward the exit of the estate, in case we needed to make a fast escape. Before we got out of the car, I rang the gardaí on my mobile phone, to tell them we had arrived and that
we would call them if we needed backup. This was normal practice for a visit involving two agencies. They were parked two hundred yards up the road, they informed us, and were ready. I looked at Joe. He was completely unconscious, his head lying at a peculiar angle, his mouth wide open, a rivulet of saliva trickling down his chin. His breath smelt of illness, and sweat ran down his face in large droplets. I wondered for the hundredth time why he had come into work that morning. I nudged him in the chest with a finger.