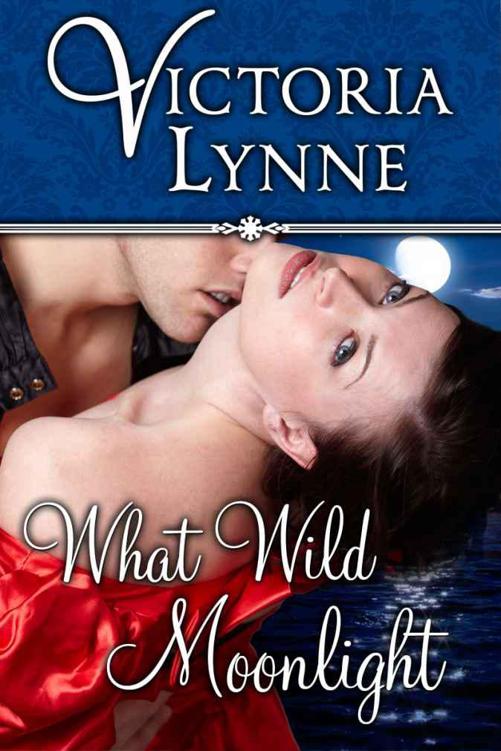 This novel is a work of fiction. Names, characters, places, and incidents either are the product of the author's imagination or are used fictitiously. Any resemblance to actual persons, living or dead, events, or locales is entirely coincidental.

All rights reserved. No part of this book may be reproduced or transmitted in any form or by any means, electronic or mechanical, including photocopying, recording, or by any information storage and retrieval system, without the written permission of the Publisher, except where permitted by law.

eBook edition by
eBooks by Barb
for
booknook.biz

“Ms. Lynne weaves her magic to bring the reader a bit of poignancy along with a sexually charges romance in this very satisfying historical romantic suspense. Find a place for this one on your special shelf.”
—Romantic Times

“
With This Kiss
is a delightful read. Full of strong imagery, slow burning passion, and lots of quick-witted dialogue, Morgan and Julia are an odd match which grows into a seamless, perfect fit. Ms. Lynne is a fabulous storyteller!” —
Rendezvous

“From the mesmerizing beginning to the surprising climax,
What Wild Moonlight
is a wild ride of an adventure romance, destined to keep you reading all night. Simmering with sexual tension and the perfect amount of suspense, Victoria Lynne secures a place on readers’ bookshelves” –
Romantic Times

“Ms. Lynne combines adventure, suspense, and romance in a tale that will delight any reader.” –
Rendezvous

“Readers need to provide themselves adequate time when they begin
What Wild Moonlight
in order to avoid sleep deprivation, because this is a one-sitting tale. The action-packed storyline is suspense at it’s most intense. The characters are charming, and placing this Victorian couple in the new aristocratic playpen of Monaco adds freshness to the novel.” –
Harriet Clausner

"Extremely well-written, fast-paced and funny,
Chasing Rainbows
is a pot of gold from this talented, up-and-coming author. One for your keeper shelf."
—Romantic Times

"A feisty yet vulnerable heroine who's had her share of pain and a sexy hero who pretends to have a hard heart come together in this warmly tender love story filled with perils and excitement."
—Rendezvous

“This book is a pure delight!”
—Rendezvous

Katya Sofia Rosskaya Alexander didn’t specify which story, for there was only one:
her
story. She knew it word for word, yet that didn’t diminish the pleasure of hearing it. She snuggled beneath the thick blankets that covered her bed and released a contented sigh. Moonlight streamed in through the window of their small, private compartment as the train’s wheels rolled rhythmically beneath her, nearly lulling her to sleep. With all the stubborn determination a six-year-old could summon, she fought the drowsiness. Not yet. Not until she heard her story.

Her mother gave her a soft, indulgent smile and sat on the edge of her bed. After extracting a promise that Katya would go to sleep as soon as the story was finished, she began.

“Once, a long, long time ago, a beautiful young girl lived in a castle overlooking the sea. The young girl’s name was Sacha Rosskaya and her father was a rich and powerful count, one of the richest and most powerful men in the land. There was great joy in the castle, for on that day Sacha’s father betrothed her to Marco DuValenti, the son of another great family. The clans had warred for decades, but it appeared at last that the feuding was over.

“All the preparations were readied for the wedding feast. The banns had been published weeks before. The walls were decorated with tapestries, fresh rushes covered the floor, and sweet spices burned in the cauldrons above the fire. Wine flowed freely and the tables were laden with rich and exotic fare. Scores of guests filled the hall. Troubadours strolled about, entertaining the assembly with singing, dancing, and tumbling. It was a time of great merriment and festivity, but there was one person who was not smiling that day.”

“Sacha’s grandmother,” Katya burst out, unable to stop herself

“Yes. Sacha’s grandmother. For she was a gypsy—”

“Just like us,” her mother agreed. Then she continued in her soft, bedtime voice, “But Sacha’s grandmother had special powers, for the old woman was the castle seer. She could read the future by the shape of a cloud, tell how many children a woman would bear by studying her palm, and predict whether a crop would thrive or fail by examining the stones in the ground.

“Many in the castle thought the ancient gypsy called on evil and brought it to descend on those who displeased her. But in truth, she simply read the omens that drifted through the sky, looking for signs of dark foreboding or coming joy. Those very signs were telling her that there would be a score of deaths that day, and many more to follow. A portent of evil hung in the air, as thick and menacing as the castle walls themselves.”

“But it was too late to call off the wedding, wasn’t it?”

“It was,” her mother sadly acknowledged. “The bride and groom had fallen in love and swore nothing could tear them apart. With a blare of trumpets Count Rosskaya entered the great hall with his daughter Sacha. The young bride wore her best clothing —a pale linen chemise, a silk tunic trimmed with dark fur, a velvet surcoat, and a deep blue mantle shot through with purple thread, meant to bring out the wondrous lavender color of her eyes.”

Her mother hesitated for a moment with a troubled frown. Slowly she continued, “Marco DuValenti was a tall, darkly handsome man, but his heart was unknowable. The DuValenti were an ambitious, hot-blooded, unscrupulous family, swift to revenge and furious in battle. They were no match for the Rosskaya, regardless of the wealth to be gained when their lands were joined.

“The two families met in the center of the hall as an emissary of the king moved to join them. The count and his daughter made their marks on the king’s official ledger and passed the book to the groom. Marco DuValenti signed his name, and then pressed his signet ring into the hot wax beneath it. An image of a Maltese falcon rose to life within the wax.

“The last of the formalities completed, the king’s emissary called forth a second man. The scribe stepped forward carrying a pewter tray draped in rich gold velvet. The emissary lifted his arm for silence, then announced to the gathered assembly, ‘A token of esteem from His Majesty, given on the joyous occasion of this marriage. May the union be long and fruitful.’ He turned to the pewter tray and removed the velvet cloth with a flourish. A gasp of muffled awe echoed through the crowd as the contents of the tray were displayed. Resting before them was a glistening, pale blue diamond the size of a man’s fist.”

Knowing what was coming next, Katya felt a shudder run down her spine. “The Stone of Destiny,” she whispered.

Her mother nodded gravely. “The Stone of Destiny. Sacha’s grandmother had finally found the source of the premonition that had haunted her all morning. But she was too late to stop it now.

“Later that evening, at the wedding feast, a fight broke out when the DuValenti warriors surged forward for a closer look at the glistening jewel. They were met by the Rosskaya knights, who gathered protectively around the Stone, claiming it as their own. The wary trust that had existed between the clans shattered. Muffled shouts of anger led to angry threats and bouts shoving. Tables were overturned, the food trampled, the musicians silenced. From within the huddled, seething mass of bodies there came the quicksilver flash of a sword raised in anger. The sword sliced through the air and lashed down with swift, deadly menace. A woman’s piercing cry echoed through the hall.

“The knights staggered back, their mouths agape with horror. As the crush of bodies slowly parted, the tragedy concealed within their midst was revealed. Marco DuValenti knelt on a thick bed of rushes, his young bride gathered in his arms. His hands moved frantically over Sacha’s side, attempting to stem the flow of blood that poured from her wound, but his effort was in vain. The radiant spark that once filled the young girl’s magnificent eyes had dimmed forever. She was dead.

“The stunned silence that swept over the assembly was broken by Count Rosskaya’s roar of anguished rage. Violence exploded in the great hall as cries of vengeance filled the air. The wrath of the Rosskaya was unleashed on the DuValenti. Soon the blood of both clans stained the rushes. The DuValenti, badly outnumbered but stronger warriors, fought their way down to the harbor and retreated onto the ships that awaited them.

“The ancient gypsy watched as the DuValenti ships slid out to sea. Then she scanned the keep, assessing the disaster that had descended upon them. Her beloved granddaughter was dead and the Stone of Destiny had been stolen during the melee. She had been powerless to stop any of it. Her heart heavy and her bones aching with age, she abandoned the vaulted hall and slowly made her way up the dark, winding steps to the Saint’s Tower.

“She stood alone as morning faded to afternoon, and then to twilight. Hungry for portents of what was to come, the old woman focused intently on the wind, reading the signs. The omens were not good. The battle between the Rosskaya and the DuValenti had just begun. There would be more deaths for generations to come. As the breeze blew stronger, the prophecies it carried grew clearer. In the distant future another lavender-eyed Rosskaya woman would stand beside a DuValenti man. Once again the Stone of Destiny would lurk between them, casting an evil shadow over their union.”

In the silence that ensued, Katya asked in a small voice, “And then what?”

The troubled frown returned to her mother’s face. She studied Katya for a long moment in silence, then she gently brushed a wayward ebony curl from her face. “I can tell you no more, Katya Sofia. We shall have to trust in fate to decide the rest.”