Read Where the Shadows Lie Online

Where the Shadows Lie 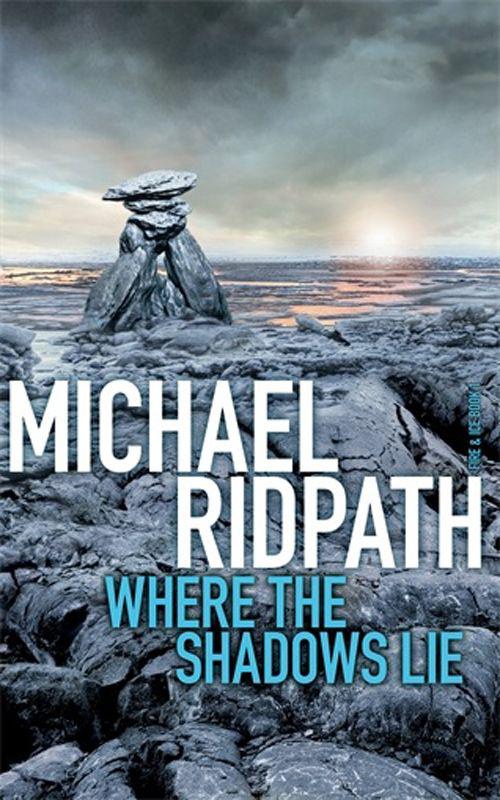 First published in the UK in 2010 by Corvus, an imprint of Grove Atlantic Ltd.

The moral right of Michael Ridpath to be identified as the author of this work has been asserted in accordance with the Copyright, Designs and Patents act of 1988.

This is a work of fiction. All characters, organizations, and events portrayed in this novel are either products of the author’s imagination or are used fictitiously.

An imprint of Grove Atlantic Ltd

for Barbara, as always 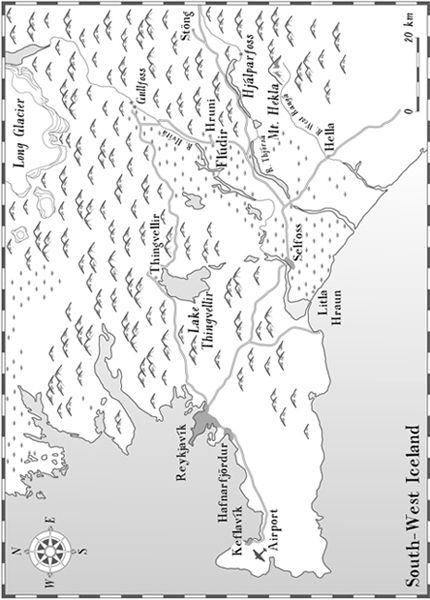 P
ROFESSOR AGNAR HARALDSSON
folded the letter and slipped it back into its small yellowing envelope.

He glanced again at the address inscribed in an upright, ornamental hand: Högni Ísildarson, Laugavegur 64, Reykjavík, Iceland. The stamp bore the profile of a beardless British king, an Edward or a George, Agnar wasn’t certain which.

His heart thumped, the envelope performing a tiny dance in his shaking hand. The letter had arrived that morning enclosed within a larger envelope bearing a modern Icelandic stamp and a Reykjavík postmark.

It was all that Agnar could have hoped for. It was more than that; it was perfect.

As a professor of Icelandic at the University of Iceland, Agnar had been privileged to handle some of the oldest manuscripts of his country’s sagas, copied out by monks with infinite care on to sheaves of calf skins using black bearberry juice for ink, and feathers from the left wings of swans for pens. Those magnificent documents were Iceland’s heritage, Iceland’s soul. But none of them would cause as great a stir in the outside world as this single sheet of paper.

And none of them was his discovery.

He looked up from his desk over the serene lake in front of him. It glittered a rare deep blue in the April sunshine. Ten minutes before it had glinted steel grey, and in a few more minutes it would do so again as dark clouds from the west chased after those
disappearing over the snow-topped mountains across the lake to the east.

A perfect location for a summer house. The cabin had been built by Agnar’s father, a former politician who was now in an oldpeople’s home. Although summer was still some time away, Agnar had escaped there for the weekend to work with no distractions. His wife had just given birth to their second child, and Agnar had a tight deadline to get through a pile of translation.

He turned to see the breathtakingly beautiful figure of Andrea, ballet dancer and third-year literature student, naked as she glided across the bare wooden floor towards him, her blonde hair a tangled mess.

‘I’m sorry, darling, I can’t,’ he said nodding towards the mess of papers in front of him.

‘Are you sure?’ She bent down to kiss him, and ran her fingers under his shirt and through the hair on his chest, her mane tickling his nose. She broke away. ‘Are you really sure?’

He smiled and removed his spectacles.

Well, perhaps he would allow himself one distraction.

S
ERGEANT DETECTIVE MAGNUS
Jonson trudged along the residential street in Roxbury towards his car. He had a load of typing to do back at the station before he could go home. He was tired, so tired: he hadn’t slept properly for a week. Which was perhaps why the smell had hit him so badly.

It was a familiar smell: raw beef a week past its sell-by date tinged with a metallic edge. He had experienced it many times in his years with the Boston Police Department’s Homicide Unit.

She had been dead thirty-six hours, stabbed by her boyfriend after an argument and left to decompose in her apartment. They were out looking for him now, and Magnus was confident he would be found. But to be certain of a conviction they needed to make sure they got the paperwork one hundred per cent accurate. A bunch of people to be interviewed; a bunch of forms to be filled out. The department had suffered a scandal a few years back with a series of slip-ups in the chain of evidence, documents misfiled, court exhibits lost. Since then defence lawyers had jumped on any mistakes.

Magnus was good at the paperwork, which was one of the reasons he had recently been promoted to sergeant. Perhaps Colby was right, perhaps he should go to law school.

For the twelve months they had been living together she had gradually turned up the pressure: why didn’t he quit the department and go to law school, why didn’t they get married? And then,
six days ago, when they were walking arm in arm back from their favourite Italian restaurant in the North End, a Jeep had driven past with its rear window wound down. Magnus had thrown Colby to the sidewalk just as a rapid succession of shots rang out from a semi-automatic rifle. Maybe the shooters thought they had hit their target, maybe there were too many people around, but the Jeep had driven off without finishing the job.

That was why she had kicked him out of her apartment. That was why he had spent sleepless nights in the guest room of his brother’s house in Medford. That was why the smell had gotten to him: for the first time in a long time the smell of death had become personal.

It could have been him splayed out on the floor of that apartment. Or Colby.

It was the hottest day of the year so far, which had, of course, made the smell worse, and Magnus was sweating in his suit jacket. He felt a touch on his elbow.

It was a guy of about fifty, Latin, bald, short and overweight, unshaven. He was wearing a large blue shirt which hung out over jeans.

‘I think I saw something. The night the girl was stabbed.’ The man’s voice was gruff, urgent.

Magnus was tempted to tell the guy to beat it. They had a witness who had seen the boyfriend come, another who had seen him leave six hours later, three who had heard a loud argument, one who had heard a scream. But you could never have enough witnesses. Another statement to type up when he got back to the station.

Magnus sighed as he reached for his notebook. There were still several hours to go before he could go home and take the run and shower he needed to get the smell out of his system. If he wasn’t too exhausted for a run by then.

The man looked nervously up and down the street. ‘Not here, I don’t want nobody to see us talking.’

Magnus was about to protest – the victim’s boyfriend was a cook at the Boston Medical Center, hardly someone to be scared of – but then he shrugged and followed the man as he hurried down a small side street, between a dilapidated grey clapboard house and a small red-brick apartment building. Little more than an alley, with some kind of construction site with a high wire fence at the end. A heavily tattooed kid with a yellow T-shirt stood at the street corner. He smoked a cigarette, his back to Magnus.

As they entered the alleyway, the bald guy seemed to speed up. Magnus lengthened his stride. He was about to yell to the guy to slow down, when he stopped himself.

Magnus had been asleep. Now he was awake.

Among the forest of tattoos on the kid’s arms, Magnus had noticed a small dot above one elbow, and a pattern of five dots above the other. One five, fifteen, the tattoo of the Cobra-15 gang. They didn’t operate in Roxbury. This kid was way outside of his territory, by at least three miles, maybe four. But the Cobra-15 were customers of Soto’s operation, local distribution agents. The guys in the Jeep in the North End had been working for Soto, Magnus was sure.

Magnus’s instinct was to straighten up and turn, but he forced himself not to break his stride and alert the kid. Think. Think fast.

He could hear footsteps behind him. Gun or knife? The sound of a gun would be risky this close to the crime scene – there were still one or two cops milling around. But the kid knew Magnus was armed and no one brings a knife to a gunfight. Which meant gun. Which meant the kid was probably pulling it out of the waistband of his pants right then.

Magnus dived to the left, grabbed a garbage can and threw it to the ground. As he hit the ground he rolled once, reached for his gun and pointed it towards the kid, who was raising his own weapon. Magnus’s finger curled around the trigger, and then his training kicked in. He hesitated. The rule was clear: don’t fire if there is a chance of hitting a civilian.