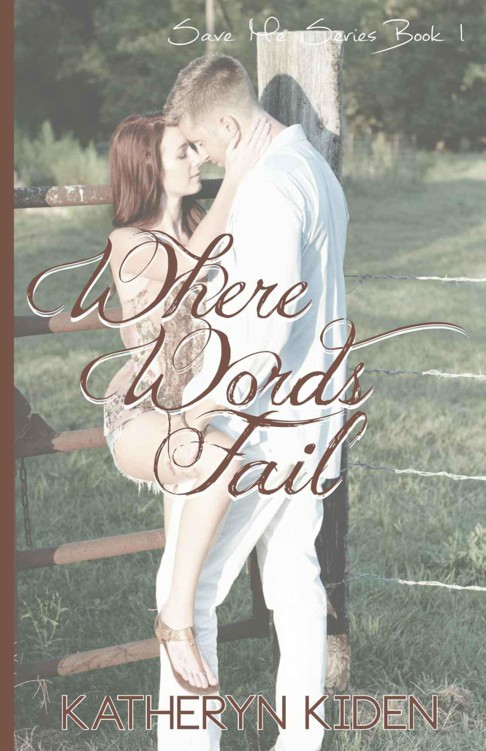 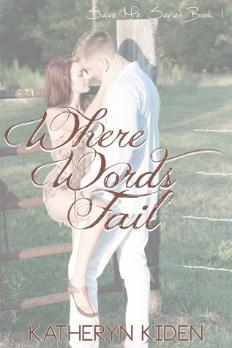 All rights reserved. No part of this publication may be reproduced, distributed, or transmitted in any form or by any means, including photocopying, recording, or other electronic or mechanical methods, without the prior written permission of the publisher, except in the case of brief quotations embodied in critical articles or reviews.

Names, characters, businesses, organizations, places, events, and incidents are either of the author’s imagination or used in a fictitious manner. Any resemblance to actual persons, living, dead, or actual events is purely coincidental.

This book is licensed for your personal enjoyment only. This book may not be resold or given away to other people. If you would like to share this book with another person, please purchase an additional copy for each person you share it with. If you are reading this book and did not purchase it, or it was not purchased for your use only, then you should return it to the seller and purchase your own copy.

Because when it feels like I have nothing left to lose, I remember you.

Motherfuckers. Just because I’m a freshman doesn’t mean anything. I don’t usually let myself get walked all over, but I just can’t seem to help it. I’m a freshman. Fresh fucking meat and I have to behave myself. It doesn’t help my case that I’m probably the smallest person here, or that I have bright red hair and glasses. Nope that just makes it easier to stomp on me.

The only person I know at this school is my twin brother Alex. But even he doesn’t know how to handle how they treat me. He’s the lucky one out of the two of us. Somehow he got the height and ended up a blonde instead of a goddamn ginger. As a freshman, he already stood five feet nine, and the doctors don’t expect him to stop growing anytime soon. Me... They say I probably won’t make it over five four.

I’ve had my fair share of issues in the past six years. Transferring from school to school because I can’t stay out of trouble and my grandpa seems to think this school will do me good. It’s a fresh start as a freshman, and no one knows who we are. He said something last week before school started about keeping myself in line and not doing the things that got me kicked out of the schools before. Namely, the Catholic school I just managed to get myself thrown out of.

Apparently, they don’t like it when you swear like a sailor and start fights. Oh, and they didn’t like that I fought them on their beliefs. Honestly, who sends someone to a religious school who doesn't believe in God?

Because I don’t. Fuck that and fuck him. If he’s anywhere near real and could hear me, I’d tell him to go fuck himself and then punch him in the face.

I’ve gotten so tired over the past six years of hearing ‘everything happens for a reason’. ‘If it wasn’t in God’s plan, it wouldn’t have happened’. ‘God knows what he’s doing, and you just have to believe that’.

The only thing I believe is that my parents are dead. They died when Alex and I were eight. If it’s God’s will to take parents away from kids when they are that young, then yes... I truly do believe he can go to hell. Why would I believe in some powerful force that took away two of the most important people in my life? Leaving me with just Alex and Grandpa, who, let’s be honest, isn't going to be around much longer.

I’m trying really hard to behave in this school, but so far it’s been hard. It’s only been a week, and people have already figured everything out about me. At least, they think they have. What they know so far is that I’m a short ginger freak who lost her parents. Kids are fucking cruel and apparently I’m white trash. Instead of being nice about the loss of someone’s parents, they use it as ammunition against them.

I’ve yet to swear at a teacher, and I haven’t once thrown a punch… Yet. However, the girl in front of me in bio is totally asking for it. If she looks down her perfectly straight nose at me again I'm going to make sure she needs a plastic surgeon to fix that pretty little face of hers.

I toss my bio book back in my locker and stretch to grab my history shit. Yes, stretch. Who gives the short girl the top locker...? These idiots. When I finally grab ahold of it and pull it out, the asshole with the locker right next to me decides to smash the door into my head. The padlock latch smashing me in the temple. My books drop to the floor, and all my papers go streaming across the busy hall and get trampled on while I’m trying to get the dots out of my sight.

“Shit, WTG, you might want to watch where you stand. I can’t be responsible for what happens to you when I can’t really see you unless I’m on my knees. But while you’re down there...” He reached for his zipper while making some more crude remarks about not even having to get on my knees. Honestly, if I weren’t on strict rules to behave, I’d make sure he didn’t have use of that appendage for a while.

I’m pretty sure his name is Collin or Mank, maybe that’s his full name? Collin Mank. A pompous name for a pompous asshole. At least, that’s what I heard the bitchy blonde cheerleaders call him. The glint in his eye makes me want to gag because I think if we weren’t in a crowded hallway, he’d drop his pants and try to make a move. That look in his eyes makes my skin crawl.

I dropped to the ground and began cleaning up my papers. Most of them were covered in footprints or ripped. Now I was going to have to redo almost everything I dropped.

The tears were threatening to break free. Crying wasn’t something I did anymore, especially not over some stupid jock making fun of me. I rubbed the spot where the locker caught me in the head and noticed that it was wet. Blood. Crap, I got hit hard enough to make me bleed, and I couldn’t even fight back. I could still hear him laughing with his friends while I continued to pick up my stuff.

“You ok?” I just nodded. I didn’t think I could trust my voice because I thought I was going to cry. That was until my eyes trailed up from the large hands that were helping to pick up my stuff. Up the thick muscular arms and broad chest to a set of deep sapphire blue eyes and shaved blonde hair. I wasn’t speechless because the assholes making fun of me made me want to cry. I was speechless because I was afraid if I opened my mouth, I would drool.

“You sure you’re alright? You’re bleeding...”

“Dude, why are you helping the freshman? It’s her fault she’s down there.”

“Hey Mank! If I wanted any lip from you I’d rattle my zipper.”

“Too far, Mank.” His deep voice wrapped around me as he stood up for me. His voice rising as he started getting angry. Untangling himself, he stood and made his way towards Collin.

“I was just joking man.”

“You made her fucking bleed. Don’t just fucking shrug it off asshole!” I heard the unknown, deep voice state angrily. Collin then said something that was too low for me to hear from where I was and the guy who was helping me balled his fists by his sides. “If I see you even look at her wrong again, I’ll make sure to make the rest of my year here a nightmare for you.”

Uh, this guy’s standing up for me and he’s not my brother. Thank God for that because if he were, the things running through my head would be so wrong.

I don’t know what possessed me to stand up for this girl against the quarterback of the football team, but my body knew I needed to. She looked so alone on the floor. She was trying to pick up the papers he caused her to drop when he bashed her in the head with the locker door.

Collin Mank is a man whore. At first, I thought maybe it was an accident, and he was just trying to help her up, until I saw him reach for his zipper. That made me step in. Shit like that just doesn’t fly with me. Drugs and bullying are two things I don’t deal well with.

I’ve spent the past few years in this school trying to fly under the radar. Trying to keep myself out of trouble, keep my name from being known. I just wanted to get in, get through and get out. Graduate and leave this little shit town. All those thoughts drained from my head the second I scooted to the floor next to her.

Her red hair caught my attention first but then when I asked her if she was alright, she looked at me. Those emerald green eyes held me captive. They pulled so strong that I swore she could see into my soul. She would see that I was a bad person and that no one would want anything to do with me because I was broken.

Then I noticed that she was bleeding, and instantly I wanted to kill Collin. He made her fucking bleed. It made my blood boil, and I wanted to beat the shit out of him. Do to him what he had done to her. I stood up quickly, ready to go after Collin.

I then watched as everyone, including Collin, finally made their way to their next class, and I turned back around. She was still on the ground on her knees. Reaching my hand down, I waited for her to take it. When she finally slipped her small hand into mine, it was like my body was set on fire. Every nerve was buzzing. I pulled her up gently.

I slowly reached up to her head, and I carefully pushed her hair away to find where it was bleeding. “Come on, let’s go get that cleaned up.”

“I’ve got it. It’s alright, really. Thanks for your help though.” She stared at the floor and tried to pull away from me, but I wasn’t having any of that. I don’t usually step in, but something about this girl wouldn’t let me walk away.

“I’m not letting you go until I know you’re going to be ok.”

“Fine,” she huffed. Her lips were pushed together in a line so tight I knew she was trying to hold in some other comments. Pulling her behind me I made a beeline for the men’s bathroom. She halted, wide eyed at the door. “I can’t go in there.”

Now and in the Hour of Our Death by Patrick Taylor
Freddie Ramos Springs into Action by Jacqueline Jules
Wine of the Gods 03: The Black Goats by Pam Uphoff
Remedial Magic by Jenna Black
The View From Who I Was by Heather Sappenfield
Say Something by Jennifer Brown
Emergence: Return of Magic book 1 by Rosier, D. R.
Beyond the Storm by E.V. Thompson
New Olympus Saga (Book 1): Armageddon Girl by Carella, C.J.
Framed by Nancy Springer