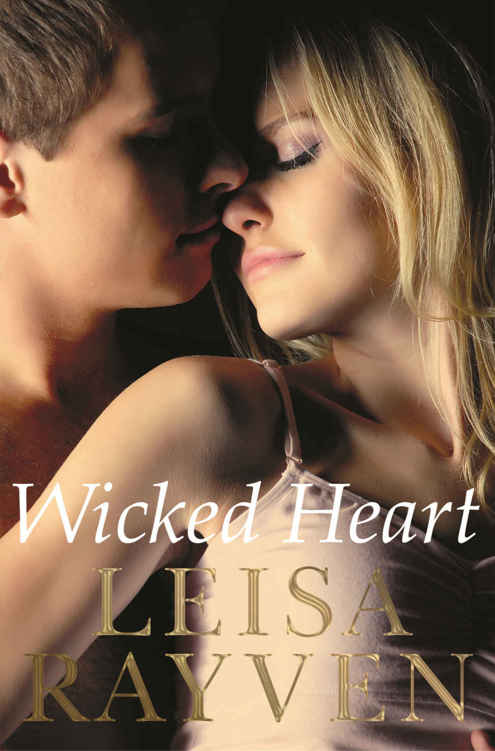 This book is for all those who have been kicked in the face by love and gotten back up again. May your fragile hearts be warmed by the sun and soothed by gentle breezes,
and may you one day hide behind a strategically placed tree which allows you to ninja-tackle love and junkpunch it right in the nads.

ONE: FOOL ME ONCE

SIX: THE CONSEQUENCE OF WANTING

ONE
FOOL ME ONCE

Tingles up my spine. Blood hot and fast beneath my skin.

Why is this still happening to me after all these years?

I’m not a girl who swoons easily. I’m really not. If I were to describe myself I’d say I was passionate but logical, fiery but methodical, spontaneous but organized. All of
these traits might seem like contradictions, but they make me a damn good stage manager, and I’m not too humble to say that at the age of twenty-five, I’m one of the most respected show
runners on Broadway. Producers know they can depend on me to stay calm in a crisis. I run my shows with military precision, and I demand strict professionalism from everyone, especially myself.

My rules for a stress-free work environment are nonnegotiable: Treat everyone with respect, be firm but fair, and do not
ever
get romantically involved with someone in the show
I’m running. For most of my career, I’ve had no problem following my own rules, but there is one thing that can derail my equilibrium in one fell swoop.

Well, not so much one
thing
as one
person
.

As I sit in the private cinema with my production team and watch the shirtless man on the screen take down an overwhelming number of enemies, I’m embarrassed by how hot my skin feels. How
my breathing is shallow, and my thighs are pressed together. How I drink in every angle of his face and body. How I thrill to the flex of every perfect muscle.

But even more than that, I’m embarrassed how the passion of his performance makes me fantasize about doing passionate things to him. Not just sexual things, but they’re certainly
high on the list.

To put it simply, he makes me swoon like it’s his damn job.

He’s the only man who’s ever affected me like this, and it’s safe to say I hold it against him. It’s inconvenient and rude.

He runs toward the gorgeous redhead on the screen and pulls her into a passionate embrace. The redhead is Angel Bell—recent cover model for
People
’s “Most Beautiful
Women in the Known Universe” and basic all-round Goddess. Perfect body. Perfect boobs. Perfect face. She’s playing a seraph princess. Liam is her scorching-hot demon slave.
They’ve just about destroyed the world trying to be together, and now Liam’s kissing her like he’ll die if he doesn’t.

Goddamn, that man can kiss.

I cross my legs and sigh. This is insane.

I’m not against being aroused in general, but being aroused by this particular man is a recipe for disaster. The last time I let myself have these feelings for him, it didn’t end
well.

I feel a hand on my arm and turn to see one of Broadway’s most respected directors, Marco Fiori, leaning over. His eyes are bright with excitement, and it’s clear I’m not the
only one who’s noticed Liam’s . . . assets.

“Quite the specimen, isn’t he?” Marco whispers.

The only trouble is, we can’t like it, because Liam’s an actor, and we don’t date actors. Also, in a few weeks, I’ll be his stage manager. Also, he’s engaged to his
gorgeous costar.

Oh, and perhaps the most important reason is, once upon a time, we had a short but passionate-as-hell relationship and I’ve never recovered.

Somehow, I’ve managed to lock away the heartache he caused, possibly because I blame myself as much as I blame him. But the desire? That’s still roaming free, storming through my
composure like a bull in a china shop.

This is going to be an interesting project. It will be a miracle if my professionalism and I make it out alive.

Half an hour later, after a thunderous climax in which Liam saves the world, then has panty-melting sex with his leading lady, the movie ends.

When the lights come up, we all head into the nearby conference room. Our production team is small and consists of our producer, Ava Weinstein; our director, Marco; the designer and the
production manager; and finally, my assistant stage manager and best friend, Joshua Kane.

“You okay?” Josh asks as we take our seats at the table. “You’re flushed.”

Josh shrugs. “It was pretty damn hot when Angel was topless in the bathhouse, but other than that, I was freezing my balls off. I think the A/C was set to ‘Arctic Blizzard.’
”

I pick up the folder in front of me and fan myself. Despite Josh’s chilly nuts, my blush is set at “Surface of the Sun.”

Josh smiles to himself.

“Nothing. Just finding it funny that after all of these years, one glimpse of Liam Quinn can still turn you as red as my credit card balance.”

“I notice that wasn’t a denial.”

“Double shut up. And if you breathe a word of this to Marco, I’ll rip off your icy balls and use them as earrings.”

“Or that every sexual fantasy you’ve had in the past six years has revolved around Liam?”

I glare at him.

He holds up his hands. “Fine. My lips are zipped. But if you latch on to him in rehearsals and hump his thigh, I expect to be absolved of all responsibility.”

“If I get close enough to him to do any humping, you will have failed as my platonic life partner. Just remember that.”

“God, woman,” he says with a frustrated sigh. “Keeping you in line really is a full-time job.”

Even when my anxiety levels are higher than James Franco’s, I love that Josh can still make me smile. This is why he’s been my bestie since our sophomore year in high school.
Predictably, we met in drama club. He was one of the few straight boys there, and even though we both loved theater, we weren’t great at the onstage stuff. After our less-than-stellar acting
“debuts,” in which we played what no doubt came across as the world’s most awkward lovers, we decided to tread the less glorious path of backstage crew. It turns out my talent for
organization and general bossiness is a plus in theater, and it wasn’t long before I became the school’s youngest-ever stage manager.

For some reason, Josh was content to play Robin to my backstage Batman, and we’ve been a dynamic duo ever since. People are always confused that we’re friends and not lovers, but
that’s just the way it is with us. Besties ’til the end.

“Okay, team,” Marco says when we’re all seated. “That was the final movie in the
Rageheart
series, starring Liam Quinn and Angel Bell, our soon-to-be leading
couple for my fabulous reimagining of Shakespeare’s
Taming of the Shrew
”

I love Marco’s concept to update Shakespeare’s classic comedy. His work is clever and current, and I’ve been a fan since I worked on his most recent Broadway hit. The play just
happened to also star my brother, Ethan, and his gorgeous now-fiancée, Cassie Taylor. After we’d been open for a few months, Marco poached me to run this project. Of course, at the
time I had no idea it would star the “Lord of My Underpants,” Liam Quinn. If I’d had that little nugget of information, I would have run in the other direction. Working with a man
who lights up my libido like the Vegas strip isn’t my idea of a good time.

“Now,” Marco says, “unless you’ve been living under a rock for the past few years, you’ll know that Liam and Angel are Hollywood’s current golden couple. They
dated for a couple of years, then got engaged, and judging from their regular public displays of affection, they’re revoltingly in love.”

I remember the day I found out they were dating. I’d never felt so stupid in my entire life. Or so heartbroken. I thought we had something special, but those photos were proof that even
men as spectacular as Liam Quinn can be fickle bastards.

Marco points to the folders in front of us. “Those dossiers will familiarize you with our stars. They contain their official résumés, as well as quirky facts, likes, and
dislikes.”

As if I need any of that. I’ve been cyber-stalking Liam for years. Not my proudest achievement.

“At the back of the dossier,” Marco says, “is a copy of Liam’s and Angel’s production riders.” A production rider is a list of things companies are requested
to provide to keep stars happy. The can range from the simple to the ridiculous.

“Please keep in mind that these aren’t regular theater actors,” Marco continues. “They’re movie stars, so they’re used to having all of their outrageous
demands met. Let’s try not to disappoint.”

It would seem Miss Bell’s happiness depends on her dressing room being completely white—white carpet, furniture, drapes, and flowers. Her food and beverage requirements are straight
out of the little-known best seller
—Gourmet Crap That Will Send You Broke
.

I flick over to Liam’s rider. It lists only four things

I smile. I remember his fondness for cookies and milk. He used to taste delicious after eating them. Cookies and cream is still my favorite flavor.

Josh frowns. “Are we really providing everything in Angel’s rider? I wouldn’t even know where to look for a ‘Columbia Daylily.’ ”

Marco laughs. “Of course not. With our budget, we can barely afford bottled water, let alone a private chef or personal trainer.”

Our producer, Ava, clears her throat. “I’m currently in negotiations with Anthony Kent, Liam and Angel’s agent, and intend on vetoing the more ridiculous demands. Anthony needs
to manage his clients’ expectations about the difference between working in theater and film. Movie stars have no idea about how humble theater budgets are. I fear Angel and Liam are in for a
rude awakening.”

“Liam’s done theater before,” I say before thinking.

Marco narrows his eyes. “Wasn’t that the same production you and your brother were involved with? It was your first professional show, yes? You were only nineteen.”

At least, I thought I did. The man I knew was different from the short-tempered bad boy who now shows up in the gossip rags every few weeks.

“Will he give us any trouble?” Marco asks.

I shrug. “He was very professional as our Romeo, but that was before he became Mr. Big-Shot Hollywood Icon. Now, he has a history of aggression toward paparazzi. I haven’t heard
about him being difficult in a professional capacity, but it wouldn’t surprise me.”

Marco nods. “Agreed. In contrast, his fiancée seems so sweet in interviews it makes my teeth ache. I think we should all be prepared to tread carefully and massage some difficult
attitudes.”

For the rest of the meeting, I keep only one ear on the conversation as I think back to the Liam of Christmases past. He used to be passionate, attentive, and hot as hell, and he awakened a part
of my sexuality I never knew existed. I should have realized it was too good to last. There isn’t a man on earth as perfect as he was pretending to be.

Even after all of this time, I hate how he played me. And I still wonder why he did it. To prove he could? To make sure I had both feet firmly on the rug before he pulled it out from under
me?