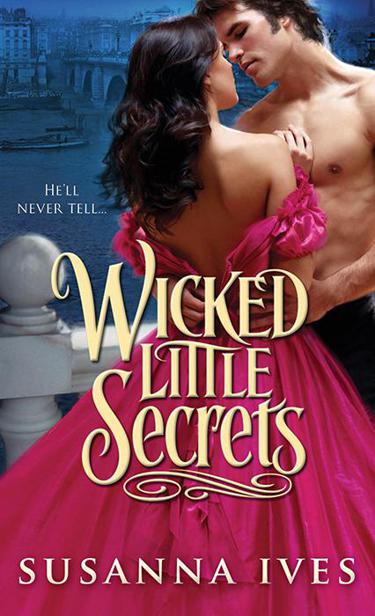 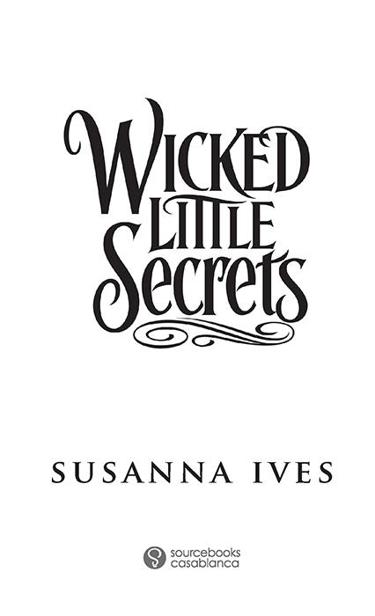 Vivienne Taylor repressed a mischievous smile as she gazed at the female members of the Wesley Congregational. The way the ladies sat in three neat rows, with their earnest faces poking out from their morning caps, resembled a gardening bed of black and white lacy flowers. They gathered for the weekly Bible lessons held in the parlor of Gertrude Bertis’s home on Wickerly Square.

Aunt Gertrude banged her cane on the floor, signaling the beginning of the lessons and scaring Garth, her pug dog, who had been snoozing at her feet. “Sisters, today we shall have a special reading in celebration.” Her mouth hiked slightly around the edges… the closest she came to smiling. For though she had a plump, flushed face—the kind made for grins and laughter—she kept her mouth and brow in tense, severe lines, making her appear decades older than her forty-one years. She wore her hair in a snug bun, but a few rebellious strands of silver and brown escaped and curled about her face. Her corset was laced tight, constraining her expansive, round form into rigid feminine contours. Yet when she gazed at her niece, a tender glow melted all the hardness in her eyes.

“My little Vivvie is engaged.” Aunt Gertrude reached over and patted the top of Vivienne’s hand. A wave of warmth flowed through Vivienne’s body.

Vivienne had done something right, even if for the first time in her life, as her sisters Hannah and Fiona had claimed. Just when her family was a few pounds from debtor’s prison, Vivienne managed to catch John Vandergrift, the son of the manager for South Birmingham Railroad. With a flourish of his pen, the elder Mr. Vandergrift could fill her father’s machinery factory with orders.

“Vivvie has come up from Birmingham to be near her fiancé,” her aunt continued. “I met him just yesterday, such a fine, considerate young man. I know Mr. Bertis would have approved.” She turned her head and gazed up at the portrait of the honorable Judge Jeremiah Bertis, posed in his court robes and wavy wig. He held his jutting, Romanesque nose high, as his heavy-lidded, dark eyes looked disapprovingly on everything below him.

“Mr. Vandergrift is wonderful, isn’t he?” Vivienne gushed. “I have to continually pinch myself. I can’t believe that he proposed.”

“Well, it’s little wonder,” said Mrs. Lacey in her honey-sweet voice. She resembled an elf with her small stature, frizzy white hair, and bright smile. “You’re ravishing with those green eyes and black curls. And your breasts are so ample. You know how gentlemen just love breasts.”

“Breasts!” Aunt Gertrude cried. “Mrs. Lacey, pray restrain yourself!” She squeezed the bulbous head of her cane as she fumbled about the medicine bottles on the side table, finding a blue square one that Vivienne recognized to be
Dr. Philpot’s Wonderful Nerve Tonic for Ailing and Suffering Ladies. Soothing Menses, Hysteria, and Other Female Complaints
. She popped the cork, took a discreet swig, and then sniffed, dabbing the edge of her mouth. “A lady’s virtue is far more desirous than her physical beauty. There is many a lady suffering in the flames of hell for her vanity.” She let her words fall as heavily as the sentences her husband handed down to the poor women brought before the London courts. “Now, for your own benefit and Vivienne’s, you shall read from Proverbs, Chapter 31, verses 10–31.”

“I just need to get my spectacles.” Mrs. Lacey reached for her reticule, still smiling despite the warning of her soul’s incineration in hell. She rooted through her personal effects, handing her neighbor various embroidered linens, perfume bottles, and a dried, crumpled flower to hold. “Isn’t that the prettiest little chrysanthemum? I hope that gentleman didn’t mind when I plucked it from his coat. Ah, here are my spectacles. Now, what was I supposed to read?”

“Proverbs, Chapter 31, verse 10. Proverbs is after Psalms.” Vivienne rose, took the lady’s Bible, turned it upright, and flipped to the correct page. “It was written by King Solomon. He was forever writing proverbs and songs, you know. He had over five hundred wives.”

“Good heavens,” Mrs. Lacey exclaimed, taking the Bible. “How many times a day do you think he—”

Aunt Gertrude cleared her throat. “The verse, if you will.”

Mrs. Lacey held the Bible to the tip of her nose and squinted behind her spectacles. “‘Who can find a virtuous woman? For her price is far above boobies.’”

“It does not say ‘boobies’!” her aunt barked. “‘Her price is far above rubies.’ Rubies!”

Thirty minutes later, Mrs. Lacey had progressed exactly six verses. Garth, now asleep again, made little snorts at his owner’s feet. Vivienne tried not to fidget. She forced herself to sit up straight even though her back ached from the hard chair. Could the future wife of John Vandergrift excuse herself to the privy and escape? Would that be the action of a Biblically virtuous wife? As Vivienne contemplated the moral dilemma, she noticed, through the window, the wild, untamed gray hair and spry body of her aunt’s neighbor, the Earl of Baswiche. He stood in her aunt’s tiny box garden, wearing only a beige banyan that reached to the calves of his bare legs. His eyes sparkled with a devious light.

“Pardon me,” Vivienne interrupted, “but Lord Baswiche is in the garden.”

“What?” Her aunt whipped her head around to the window.

The earl’s mouth cracked into a wide grin. “Hello, ladies!”

He spread his arms and his banyan opened. Between his slightly bowed legs, his male parts dangled like meat strung in a butcher’s window.

Vivienne put her hand to her mouth to hide her giggles.

“Get out of my garden, you dirty sinner!” Aunt Gertrude shot up, almost stumbling over Garth, as she yanked the curtains over the window. “Miss Banks!” she shouted for the housekeeper. “Go next door and tell that wicked Lord Dashiell that his grandfather is in my garden again.”

“My poor nerves.” Her aunt beat her palm against her bosom. “I feel an attack coming on.” She grabbed
Dr. Philpot’s
and gulped down the contents. “Where is Banks? Banks!” she cried, violently shaking the bottle, trying to get out one last drop.

“She is down in the kitchen getting the cakes ready,” Vivienne said. “I’ll tell Lord Dashiell.” She started for the door.

Aunt Gertrude’s eyes widened. “Don’t you dare go to that house of ill repute next door—a shameful Babylon. What would your father think of me for allowing you to be corrupted? Now let us sit down.” She eased back in her chair, and her nostrils flared with her rapid breath. She gripped her cane, running her fingers up and down the shaft. “Mrs. Lacey, read the next verse,” she said in a controlled calm. “You were saying, ‘She girdeth her loins with strength.’”

“I’ll just tell his butler,” Vivienne assured her. “I won’t be a minute. How could I possibly get corrupted in that short a time?” She scooted off before she could be stopped. She hadn’t seen Lord Dashiell since he left for Rome over a year ago and, who knew, he might be heading to Russia the next day. Typically, he stayed in London long enough to land into a scandal and then he was off again.

Outside, she scanned Wickerly Square, adjusting her eyes to the light. Built a few decades after the Great Fire, the houses were not nearly as fashionable as those in Cavendish and Grosvenor Square to the west. Dull stacks of gray stone with dark windows edged the square—the homes of middling families. Dashiell’s domicile stood at the corner and towered over its neighbors, giving the square a lopsided appearance, as if his were the manor house and all the other homes mere tenant outbuildings. In the center of the square, protected by a block iron fence, was a grass-covered park. In each corner grew spreading oak trees with low branches, perfect for a young girl to climb.

One afternoon, a little over ten years before, she had been daydreaming in the tree growing nearest Lord Dashiell’s home when she first spied on the famed scoundrel. She had been sent outside after inventing a fantastic game she called “Keep Out of the Ocean,” which required shoving all the parlor furniture together and pretending it was a cluster of islands in the South Seas. Then she leaped from chair to table to harpsichord without falling into the ocean and being devoured by hungry sharks while singing at the top of her lungs. Her uncle had thundered out of his library, his face creased with rage. “Bad seed!” he boomed. He never called her by her name or
my
little
Vivvie
like her aunt, just
bad
seed
. “Why are you intent on destroying my home? Do you know what happens to little girls who don’t respect other people’s property?”

“You put them in the gaol?” she ventured.

“Precisely,” he answered. “And wipe that insolence from your face when you speak to me. Mark my words, you are rotten in the soul and will come to ruin.”

So she had been sent to the square with a copy of
Institutes
of
the
Laws
of
England
to learn the legal process by which wicked little girls came to ruin. She had scampered up the tree and set the book on a high branch in hopes a bird might drop on it. There, hidden in the thick foliage, she felt safe. With the exception of Aunt Gertrude, every adult in her life just scolded her. Now that his wife had died, her father was forever losing his patience with Vivienne, who was as excitable as her sisters were calm. Every few months, she drove the poor man to such distractions that he would claim that he couldn’t do anything else with her and would send her to Uncle Jeremiah’s so she could “learn how to behave herself.”