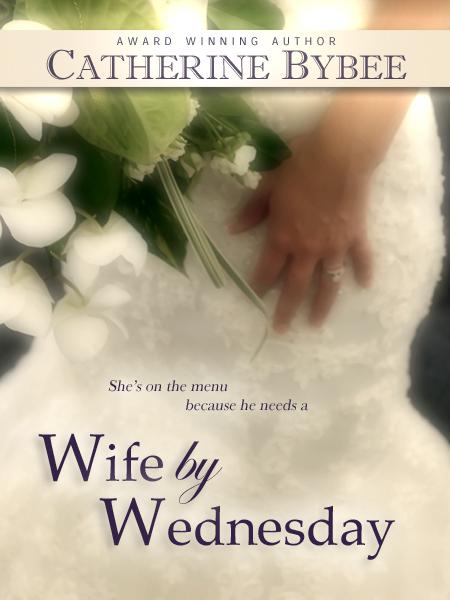 “Kissing me is wrong?”

He chuckled. “Which is it?”

“Ugh. What if I choke? What if I don’t look convincing?” What if she screwed up and gave the camera exactly what they wanted and Blake lost his inheritance?

Blake removed one hand from the steering wheel and placed it over her cold ones. “Samantha?”

She shook her head. “I’m not used to men taking charge in my life.”

She wanted to trust him. But her hands shook as they pulled into her driveway. He removed the key from the ignition and shifted in his seat. “Let’s just go inside and start packing.”

“Are you going to kiss me the minute we’re inside?” God, she had to know… so she could prepare herself.

Blake leaned forward and removed his sunglasses. “Come here,” he whispered, staring at her lips.

She inched forward, thinking he wanted to whisper something important.

Instead, he leaned over the seat and placed his lips softly on hers. The heat was instant and sizzled all the way to her toes. Her eyes fluttered shut as she eased into his kiss. Then he moved away. “Kissing will be the easy part,” he said over her opened lips. “Pulling back will prove much harder.”

“BINDING VOWS whisked me into an adventure that I was sorry to see end.”

5
Tombstone
Review for BINDING VOWS “... was such an amazing book...possibly the best I have read so far this year. ...so much fun...”

5 Stars, “SILENT VOWS is a fascinating timetravel tale of ancient Druids and modern heroes that pulls the reader in from the very first page.”

“As in the first two stories, the plot comes together with danger, suspense, romance, and the author's own blend of humor.”

BEFORE THE MOON RISES

“Richard and Kate's story was so intoxicating. I was so deliriously drunk on their instantaneous chemistry.”

~Romance in the Backseat

All rights reserved. No part of this book may be used or reproduced in any manner whatsoever without written permission of the author except in the case of brief quotations embodied in critical articles or reviews.

This one is for my Dad who has read every word I’ve ever written and still looks me in the eye.

Thank you for your never-ending support.

I have to take a moment and send a big publishing hug to Crystal Posey… AKA the goddess of all things website and book covers. I know you were apprehensive about the whole book cover gig, but man did you come through with this one. Thank you is such a paltry phrase for my appreciation of all you do.

As always, a big thanks to my critique partner Sandra Stixrude, AKA Angel Martinez, without your editorial eye publishing this book wouldn’t have been possible.

One more shout out to my facebook friends and fans that helped me come up with the title for this book. God I love social media.

“I need a wife, Carter, and I needed her yesterday.” Riding in the back of the town car en route to a Starbucks, of all places, Blake Harrison glanced at his watch for the tenth time that hour.

Carter’s startled laugh rode on Blake’s last nerve. “Then pick one of the masses and walk the aisle.”

His best friend’s offhand advice might have held merit, if Blake could trust the women in his life. Sadly, he couldn’t. “And risk losing everything? You know me better than that. I don’t need emotion clogging up something as important as a marriage agreement.” An agreement was exactly what he needed. A contract. A business deal that would benefit both parties for the course of one year. Then they could go their separate ways and never lay eyes on each other again.

“Some of the women you show up with would be happy to sign a prenuptial agreement.”

He’d already thought of that. But he’d worked hard for his emotionless bastard reputation and didn’t need to mess it up by pretending he was in love in order to have a woman walk up the courtroom steps with him. “I need someone who’s on board with my plan. Someone I’m not remotely attracted to.”

“You sure this dating service is the right way to go?”

“How romantic.” Carter’s sarcasm came across like a shout.

“I’m not the only one in my position, apparently.”

Carter laughed and then choked on his own breath. “Really,” he sputtered. “I don’t know any other men with your title and your wealth calling a stranger to set them up.”

“This guy comes highly recommended, a businessman helping men like me in similar situations.”

“Never heard of him.”

Traffic clogged the intersection two blocks from where his appointment with said businessman was taking place. The seconds clicked past the time of his scheduled appointment. Damn, he hated being late.

“I hope you know what you’re doing.”

“Business is what I do, Carter.”

His friend huffed in disapproval. “I know. It’s relationships you suck at.”

“Screw you.” But Blake knew his friend was right.

Blake’s driver swerved in traffic to make a light. Ruthless, just like his boss wanted him. “See you tonight for drinks.”

Blake hung up the phone, slipped it into the pocket of his dress coat, and sat back in his seat. So he was late. Men in his position could walk in half past the designated hour and still have people climbing over themselves to make it look like it was their fault. A lot rode on the outcome of this meeting. Finding a wife before the week was out in order to keep his ancestral home to go with his title, not to mention the remainder of his father’s fortune, hinged on Sam Elliot.

He hoped to hell that his personal assistant’s contact knew what he was talking about. Otherwise, Blake might be forced to broach the subject of marriage to Jacqueline, or maybe Vanessa. Jacqueline loved her independence more than his money. The fact that she kept a lover other than him pushed her out of the running for wife. That left Vanessa. Beautiful, blonde, and already riding the wave of soon-to-be ex because of her hints about being exclusive. He didn’t like the thought of leading her on. He was a bastard, but never cruel. Some women would disagree, and the tabloids had branded him as pompous and cunning. If the papers sniffed around what he was doing, they’d write it up as a joke. He’d like to avoid the added scandal. Reality however was a rightful bitch, and he knew his fake marriage would need to look real in order to keep his father’s lawyers satisfied.

Neil pulled the long black car up to the curb and quickly opened Blake’s door in front of the green and white painted coffee house. With briefcase in hand, Blake ignored the turned heads as he strode into the storefront. The rich smell of freshly ground beans filled his nose as he scanned the tables searching for the man he pictured as Sam Elliot. Blake assumed he’d find a man wearing a business suit and carrying a portfolio with possible wifely prospects inside.

The first glance didn’t deliver, so he removed his sunglasses and started over. A young couple with dueling laptops sipped their lattes across from each other at one small table. At another, a man in crew shorts and a t-shirt argued with someone on his phone. At the counter ordering, was a couple pushing a stroller. Stepping farther in, Blake noticed the small frame of the back of a woman with a mass of curly auburn hair. Her toe tapped anxiously, or maybe she was listening to music through a set of ear buds. Eyes still skimming the small crowd, Blake found a lone man occupying a plush chair. He wore a casual pair of pants and looked to be in his late forties. Instead of a briefcase, the man held a book. Blake narrowed his eyes and caught the other man’s attention. Instead of a flicker of understanding, the man’s dark gaze fell back to his book.

Damn, maybe Mr. Elliot was caught in the same traffic.

Late never boded well for prospective clients, no matter what business they were in.

If Blake had other choices, he’d turn and leave.

Walking past the lone redhead, Blake stepped around the stroller and ordered a plain coffee, then resigned himself to sit for a few minutes and wait. He placed his briefcase on an empty table and turned to get his coffee when the teenage kid behind the counter called his name.

The hard weight of someone’s stare rolled down his spine. His eyes scanned around the room to see who watched. Instantly, his gaze fell on a set of emerald green eyes that narrowed as they took him in. The petite woman sitting alone wasn’t listening to music, or reading a magazine. She was staring directly at him.

Her striking gaze returned to a small notebook computer before bouncing back his way. Recognition flittered over her. He’d seen the expression before whenever someone placed his name with his image. Here in
California
, the frequency of that awareness didn’t happen as often as it did at home, but Blake recognized it nonetheless.

The woman seemed harmless enough. That was until she opened her mouth and spoke directly to him. “You’re late.”

Two words. It took two words in a voice so low it dripped like sin and put phone sex operators to shame to render Blake speechless.

“You are Mr. Harrison, right?”

The question was simple, but Blake couldn’t quite comprehend it. He answered on auto-pilot, completely derailed by the woman in front of him. She stood and only met the top of his shoulder. “I am.”

“Sam Elliot,” she introduced herself and stuck out her hand for him to shake.

The Angel of Death (The Soul Summoner Book 3) by Elicia Hyder
Dragon Me to Your Lair: A dragon shifter story (Dragons of Emberside Book 1) by Thalia Frost
Killing Castro by Lawrence Block
The Girl In The Clockwork Collar by Cross, Kady
Curse of Tempest Gate by Nutt, Karen Michelle
One Night in His Custody by Fowler, Teri
Green Rider by Kristen Britain
Exit Stage Left by Nall, Gail
Men of No Property by Dorothy Salisbury Davis
Dave: Junior Year (Three Daves #2) by Nicki Elson