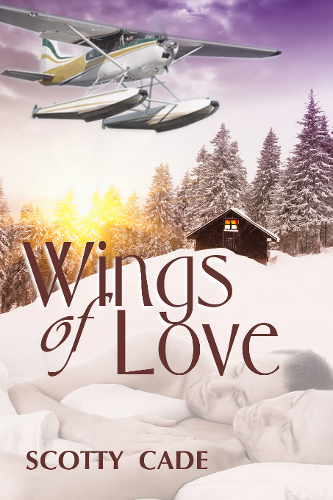 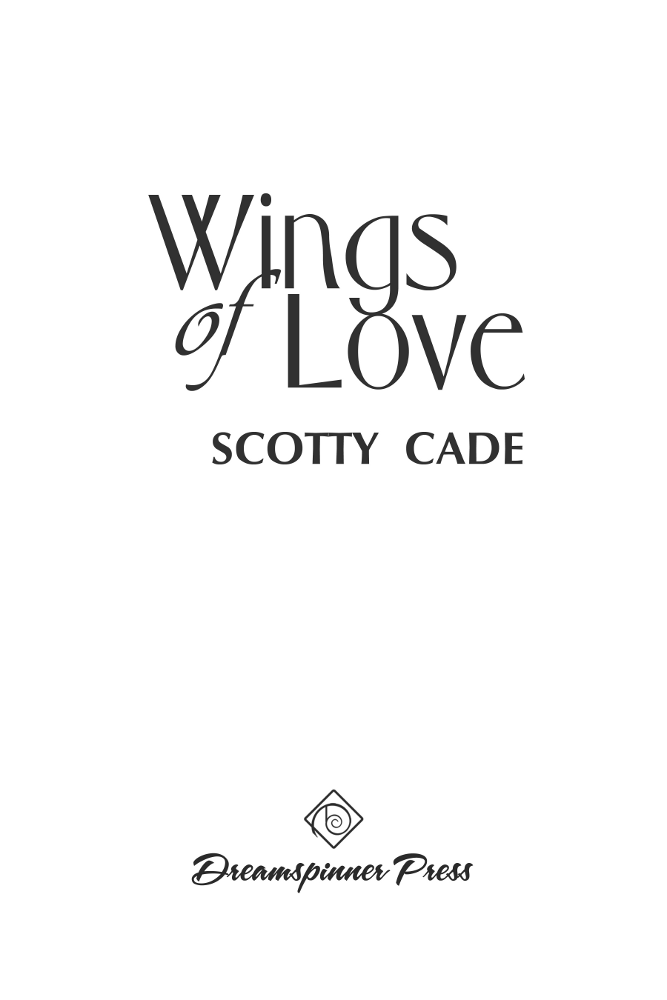 To Kell, my ever-supportive partner of fourteen years. Finding you was my biggest dream come true, but thank you for giving me the time and freedom to chase my other dreams. I love you.

To Joe and Brenda Celeste, whose continued encouragement and support still blows me away. Brenda, you are such a great story developer, and your insight and ability to see right to a character’s heart is incredible. Joe, being my heterosexual sounding board during our long cocktail-induced talks on the stern of our boat means more than you can ever know. I love you both.

R
ENOWNED
oncologist Dr. Bradford Mitchell sat hopelessly in the cold, sterile Seattle hospital room, clinging to the hand of the man he loved more than anything in this world, more than life itself. The man he couldn’t save—no matter how hard he tried—from the terrible cancer eating away at his body. As Jeffery Owen, his partner and lover of fifteen years, lay unconscious and seemingly peaceful, Brad watched him draw in and exhale short, steady breaths and listened to the constant
blip-beep blip-beep blip-beep
of the heart monitor, the only sign that Jeff was still alive.

He tried to remember happier times when their lives didn’t involve daily doctor’s appointments, harsh rounds of chemotherapy, and the many other experimental treatments he’d selfishly forced Jeff to endure. He tried to remember back to when Jeff was a healthy and strikingly handsome young architect with a client list envied by every other architect in his firm. A time when his own thriving practice—now sold—his research, and Jeff were all he needed in this world. They were happy and had the rest of their lives to look forward to.

Then that dreadful day came, with the news of Stage IV colon cancer. Their entire world was turned upside down in one day. After two years of fighting and enduring one experimental treatment after another, Jeff made the decision to stop everything. Brad had tried unsuccessfully to convince Jeff to keep fighting, but Jeff had had enough. Brad knew that the side effects of the treatments were probably worse than the effects of the cancer, at least early on, but he just thought that if they kept trying, something was bound to work. In the end, however, it was Jeff’s life and his decision, and like it or not, Brad had to accept it.

Everyone at the hospital knew Dr. Mitch and gave them as much privacy as Jeff’s medical needs would allow, which had been a blessing over the last couple of months. Before Jeff slipped into the coma, they’d had long hours just to be together and enjoy the time Jeff had left. Although Brad did his best to hide his breaking heart and grief, he knew Jeff was brutally aware of what he was going through. Jeff had once told him that if their positions were reversed, he couldn’t imagine how he would cope. Jeff had done the best he could to prepare and calm Brad, and to assure him that he was at peace with his decision. Jeff had also made him promise to go on with his life, to eventually accept the love and happiness that would surely come his way if he was open to it. He reluctantly promised, as he could never deny Jeff any request no matter how big or small, but he knew the promise was as empty as his heart. He couldn’t go on; he couldn’t imagine a life without Jeff, nor could he fathom falling in love again.

As Brad sat in the same uncomfortable hospital chair in which he’d sat for the last two and a half months, he didn’t feel anything but the empty world around him. Hand in hand and with his head on Jeff’s lap and his ear listening to as much as feeling his breaths, he noticed that Jeff’s breathing was becoming more and more unsteady and knew that his time on this earth was running out.

Suddenly, as if Jeff were forcing memories of happier times into Brad’s defeated body, events of their fifteen years together started to flash before his eyes. The smile on Jeff’s face when they together moved into their first home, which he had designed. How every Christmas morning Jeff made them wear goofy flannel pajamas and sit cross-legged around their Christmas tree, opening gifts. How funny Jeff looked at their Halloween party two years ago when he was in a wheelchair and insisted they dress up as Blanche and Baby Jane Hudson from
What Ever Happened to Baby Jane?
How hot he looked in his scuba gear on their last diving trip to Bermuda. How happy and relaxed he was when they were on their yearly trip to Alaska. They’d had such a full, wonderful life, until…. They both thought they had a lifetime together, but fate had other plans. So here they were, Jeff unconsciously fighting for every breath and Brad not knowing which breath would be the last.
God,
how did it all come down to this and how will I ever survive?

Sensing that the end was near, Brad removed his shoes, climbed into the bed, slid his arm under Jeff’s neck, and held him close. For the first time since the diagnosis, his tears fell freely. Then the rise and fall of Jeff’s chest stopped, and the heart machine indicated a long, flat beep. He closed his eyes, took a deep breath, and calmly reached over and turned off the heart machine. Stone-cold
silence.

With Jeff still in his arms, he gently kissed him on the lips and whispered, “So long, my love. Rest well.” He got out of the bed, picked up his shoes, and backed away from Jeff’s bed, never taking his eyes off his lover. When he reached the door, he stood there for what felt like hours; finally he turned and opened the door to what was left of his life.

The next few days were a blur. Friends consoled him, surrounded him, and tried to feed him, but he was just going through the motions. The memorial service and burial were exactly as Jeff wanted, simple and sweet; their friends saw to that. But as he thought back, he couldn’t remember a single detail or anything he’d said or anything that had been said to him. All he remembered was seeing a coffin holding the other half of his empty existence.

When the services were over and he’d forced his friends to go home, he was finally alone in the house he and Jeff had lived and loved in. He looked around and immediately knew he couldn’t stay in this house any longer, at least not right now. Everywhere he turned, something reminded him of his love and his loss.

Brad spent the next three hours packing his clothes and placed four suitcases at the front door. He wanted to take something to remember Jeff, but what? He took one last look around and decided to take the picture of him and Jeff on one of their many vacations to Hiline Lake in the Alaskan mountains. They both loved the wilderness and especially this spot; they often referred to Hiline Lake as “their spot.” They looked so happy then, and that’s all he wanted to remember. He put his suitcases on the front porch, called a cab, and closed and locked the front door. He didn’t know if he would ever be back, but he knew where he was going.

B
RAD
arrived at the Seattle airport with no ticket, nor even a schedule of flights to Anchorage. He paid the cab driver, hailed a porter to carry his suitcases, and stood in line at the Alaska Air ticket counter. He bought a ticket on the next flight to Anchorage, where he would charter a floatplane to take him the extra sixty-five miles to Hiline Lake. He had two hours to kill and decided to call a couple of his close friends and let them know where he was going and not to worry, but he didn’t know when he would be back. He didn’t think he would ever be back, but he wasn’t up for lectures about how everything would get better. It wouldn’t get better, and he had to find a way to accept and live with that.

His flight to Anchorage was melancholy and uneventful. As they circled to land, he remembered the last time he and Jeff had landed in Anchorage and how happy they were to be on their way to the Alaskan wilderness again. That brought a smile to his face. Upon landing, he hailed a cab to take him to the Lake Hood Seaplane Base, where most of the mountain flights originated. When he arrived, as if on autopilot he walked over to the Trail Ridge Air kiosk, where he spotted a familiar face sitting behind a desk.

Mac looked up in surprise, not expecting to see Brad. McGovern Cleary, Mac to his friends, was the owner and pilot of the one-plane operation that Brad and Jeff had hired on their many trips to Hiline Lake.

The two men embraced, and Mac said, “Well, hey there, stranger. It’s been a long time. It’s so good to see you, Brad.” He looked over Brad’s shoulder and asked, “Where’s Jeff?”