Winter of the Wolf Moon 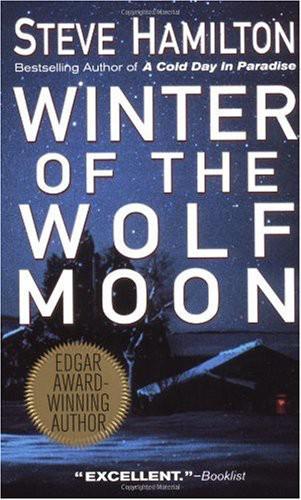 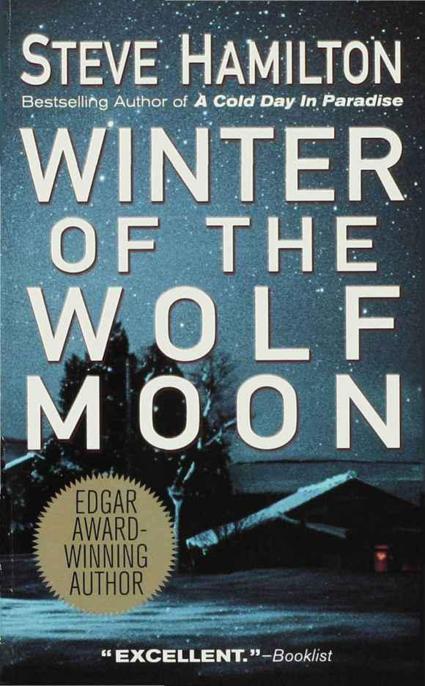 “[Hamilton’s] protagonist is likable as well as durable, his raffish cast sharply observed and entertaining. Moreover, he knows how to pace a story, something of a lost art in recent crime fiction.”

“There’s almost as much action in the book as there is snow—and there’s heaps of white flakes. But Hamilton’s first-person narrative has a lyric cadence and thoughtful tone that nicely counterpoints all the rough-and-tumble stuff.”

“In his second novel, Steve Hamilton continues the high standards he set in his Edgar-winning debut,
A Cold Day in Paradise.
WINTER OF THE WOLF MOON is an entertaining tale buoyed by solid plotting, wry humor and brisk pacing … Characters are so well shaped they hit the scene breathing. Alex embodies the traits of a good private eye—a loner, stubborn and haunted by his past … No matter what the season outside, WINTER OF THE WOLF MOON has the depth of winter between its pages, and its exciting story will keep you warm.”

A COLD DAY IN PARADISE

“Ingenious … Hamilton unreels the mystery with a mounting tension many an old pro might envy.”

“[A] well-plotted and tightly written thriller.”

“A good combination of crafty and colorful characters, an offbeat locale in Michigan’s Upper Peninsula, and really crisp, clear writing … There are several plots, all woven together very well. Alex is a very likable character, as are other townspeople, and the writing moves very swiftly, making this an easy and enjoyable book to read.”

“P.I. Alex McKnight’s ‘mean streets’ are the deep pine woods and the small lakeside towns of Michigan’s Upper Peninsula, and here the past comes to find him, chilling as the November wind. A must for PI and suspense fans.”

“His story is so fundamentally sound and stylistically rounded that Hamilton ought to be teaching whatever writing course he may have taken toward producing this novel.”

—Jeremiah Healy, author of
The Stalking of Sheilah Quinn
and
The Only Good Lawyer

A Cold Day in Paradise

Winter of the Wolf Moon

Blood is the Sky

All rights reserved. No part of this book may be used or reproduced in any manner whatsoever without written permission except in the case of brief quotations embodied in critical articles or reviews. For information address St. Martin’s Press, 175 Fifth Avenue, New York, NY 10010.

For so graciously sharing her time and her knowledge of the Ojibwa life, I owe a great debt of gratitude to Donna Pine from the Garden River First Nation.

Thanks also to Frank Hayes and Bill Keller, Liz Staples and Taylor Brugman, the real-life agents “Champagne” and “Urbanic,” Bob Kozak and everyone at IBM, Bob Randisi and the Private Eye Writers of America, Ruth Cavin, Marika Rohn and everyone at St. Martin’s Press, Jane Chelius, Larry Queipo, former chief of police, town of Kingston, New York, and Dr. Glenn Hamilton from the department of emergency medicine, Wright State University.

And finally, to my wife Julia, who makes everything possible, and to Nickie, who gets to be a big brother soon….

Two minutes. That’s how long it took me to realize I had made a big mistake.

The blue team was good. They were big. They were fast. They knew how to play hockey. From the moment the puck was dropped to the ice, they controlled the game. They moved the puck back and forth between them like a pinball, across the blue line, into the corner, back to the point. Once they were in the zone they settled down, took their time with it, waited for the best opportunity. They were like five wolves circling their prey. When the shot came it was nothing more than a dark blur. The center slid across the front of the goal mouth, untouched, taking the puck and with one smooth motion turning it home with a sudden flick of the wrist. It hit the back of the net before the goalie even knew it was coming. Right between his legs. Or as they say on television, right through the five hole.

It was going to be a long night for the goalie on the red team. Which I wouldn’t have minded so much if that goalie hadn’t been a certain forty-eight-year-old idiot who let himself get talked into it.

“It’s a thirty-and-over league,” Vinnie had said. “Every Thursday night. No checking, no slapshots.
They call it ‘slow puck.’ You know, like ‘slow pitch’ softball? ‘Slow puck’ hockey, you get it?”

“It’s a lot of fun, Alex. You’ll love it.” Vinnie was my Indian friend. Vinnie LeBlanc, an Ojibwa, a member of the Bay Mills tribe, with a little bit of French Canadian in him, a little bit of Italian, and a little bit of God knows what else, like most of the Indians around here. You couldn’t see much Indian blood in him, just a hint of it in the face, around the eyes and cheekbones. He didn’t have that Indian air about him, that slow and careful way of speaking. And unlike some of the Indians I’ve met, especially the tribes in Canada, he looked you right in the eye when he spoke to you.

Vinnie was an Ojibwa and proud of it. But he didn’t live on the reservation anymore. He never drank. Not one drop, ever. He could put on a suit and pass for a downstate businessman. Or he could track a deer through the woods like he knew the inside of that animal’s mind.

He had found me at the Glasgow Inn, sitting by the fireplace. I should have known something was up when he bought me a beer.

“I don’t think so, Vinnie. I haven’t been on skates in thirty years.”

“What happened to your regular goalie?”

“Ah, he has to give it a rest for a couple weeks,” Vinnie said. “He sort of took one in the neck.”

“I thought you said it was slow puck!”

“It was a fluke thing, Alex. It caught him right under the mask.”

“It’s the same thing. You wear pads. You wear a mask. You just catch a puck instead of a baseball.”

“Alex, the Red Sky Raiders need you. You can’t let us down.”

I almost spit out my beer. “Red Sky Raiders? Are you kidding me?”

Red Sky was Vinnie’s Ojibwa name. During hunting season, he did a lot of guide work, taking down-staters into the woods. He liked to use his nickname then, playing up the. Indian thing. After all, he once told me, who are you going to hire to be your guide, a guy named Red Sky or a guy named Vinnie?

“Alex, Alex.” He shook his head and looked into the fire.

Here it comes, I thought.

“It’s just a fun little hockey league. Something to look forward to on a Thursday night. You know, instead of sitting around looking at the snow and going fucking insane.”

“I thought you Indians were at peace with the seasons.”

He gave me a look. “I got eight guys on my team. They’re going to be very disappointed. We’ll have to
forfeit the game. All because a former professional athlete is afraid to put on some pads and play goal for us. You gonna just sit here on your butt all winter? Don’t you ever get the urge to do anything, Alex? To actually use your body again?”

“You’re breaking my heart, Vinnie. You really are.”

“You can use Bradley’s stuff. It’s all new. Mask, blocker, glove, skates. What size do you wear?”

Unleashed by Abby Gordon
The Shadow by Neil M. Gunn
The Hours Before Dawn by Celia Fremlin
Snowbound in Montana by C. J. Carmichael
To Kiss You Again by Brandie Buckwine
A Zen For Murder (Mooseamuck Island Cozy Mystery Series Book 1) by Leighann Dobbs
Tackled by Love by Rachael Duncan
Brooklyn Zoo by Darcy Lockman
Born of Fire (The Cloud Warrior Saga Book 8) by D.K. Holmberg
The Bikini Car Wash by Pamela Morsi