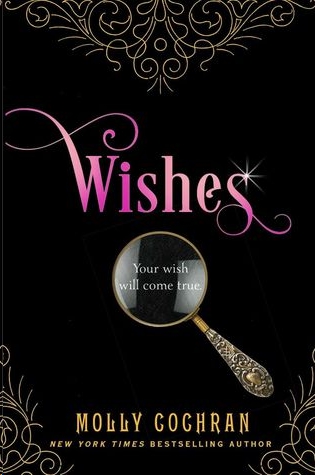 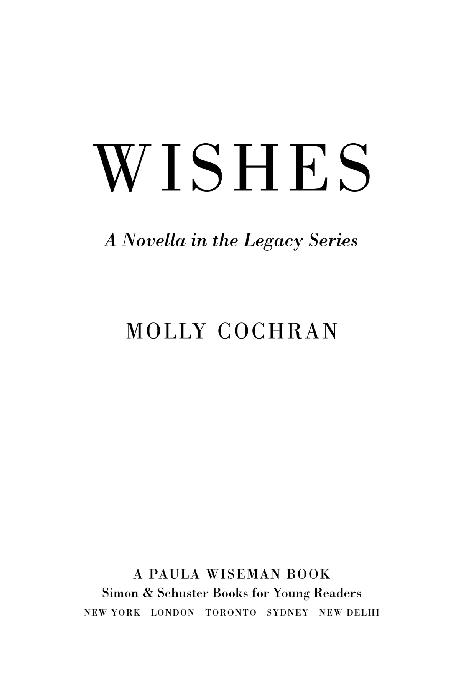 To all the girls who talk too much, ask too many questions, offend too many people, and try more things than they can possibly master; who falter frequently, fail often, cry secretly, and spend too much time feeling like fools . . . I dedicate this novella to you, the world’s real Katies, with this advice: Keep it up! You’re doing everything right!

“Walpurgisnacht,”
Mr. Kruger said, rocking back on his heels. “It is an ancient tradition going back to pagan times, and still practiced in many northern countries.”

Our social studies teacher droned on about customs in Sweden, Norway, and Finland. I think. Kruger’s voice was so soft, it was like those recordings of rain or surf that are designed to make you fall asleep. I bit the inside of my cheek to stay awake, but my pencil still dropped out of my hand.

“However, in Germany, the ties to
Walpurgisnacht
are most strong. Occurring on the last day of April, just before another pagan holiday—”

“Beltane,” I said, wiping the drool off my chin. I hadn’t meant to speak aloud, but Suzy Dusset looked over at me and rolled her eyes as if to point out that I was a show-off nerd.

“Exactly, Katy,” Mr. Kruger said, greatly encouraged by my participation. “How many of you have heard of Beltane?”

Nobody raised a hand. The cowen students, like Suzy, really didn’t know. They couldn’t be expected to understand anything about the ways of magic, because they were ordinary people who believed that Ainsworth was an ordinary boarding school. But half the class weren’t cowen. They were witches, whose families had celebrated Beltane and all the other witch holidays for hundreds of years. They kept quiet because . . . well, because that’s the way witches are. Secretive. Even though Ainsworth School was founded by a witch for witches, we weren’t allowed to talk about our world to cowen.

So no one admitted to knowing about Beltane, even though it was just around the corner, and all the witches in town had been planning for it for weeks.

“Beltane,” Mr. Kruger said with a sigh, again disappointed that no one in the class appeared to know anything, “was an important holiday in Middle Europe prior to the eighteenth century. From what we know of ancient folklore, it was a love feast, when couples joined hands and leaped over a bonfire as a sort of engagement ceremony.”

Well, that was a typical thing for a cowen like Kruger to think, but still incorrect. The fire-jumping ceremony at Beltane was more than an engagement. It was a
handfasting
, meaning you promised to be faithful to someone for a year and a day. I looked over at Peter Shaw. We were handfasted last year. That was one of the best days of my life. When we held hands and jumped over the bonfire, it was like telling the whole world that we loved each other.

I tried to catch his eye—I guess I was hoping we would share that romantic memory just by looking at each other—but Peter was working his phone under his desk. Texting his uncle, no doubt. Peter was practically a slave to his uncle Jeremiah, who was making Peter work for him nearly full-time while still going to school. Peter also worked after school at Hattie’s restaurant with me. He had very few openings in his schedule anymore for things like hanging out with his friends.

I turned back to Mr. Kruger, thoroughly depressed.

“But
Walpurgisnacht
is a night for revels,” he droned on in a voice that was anything but reveling. “It is said that on this night, goblins and ghouls come out to play, determined to spoil the festivities of Beltane for those unfortunate enough to encounter them.” He wiggled his eyebrows, perhaps to show that he was a fun guy, despite all appearances. “It is also the one night of the year when fairies are said to appear.”

One of the cowen boys fluttered his elbows like a chicken. “Hey, Sailor, looking for a fairy?” he lisped.

No one laughed. Mr. Kruger pointed to the door. The cowen boy left in disgrace.

“In the folkloric tradition, fairies were quite powerful,” Mr. Kruger said. “People believed that if any fairies were found, they were obliged to give up a treasure to whoever found them.”

“How . . . how do—did—you find them?” Bryce de Crewe blurted. He was a witch, and I could tell he was already interested.

“According to the sources I’ve found, fairies are supposed to give off a faint blue light,” Mr. Kruger answered. “But since they live in remote areas such as grasslands or deep woods, that light is rarely seen by humans.” He smiled. “But of course that’s just superstitious nonsense, like the old wives’ tale that if one learns a fairy’s name, one will hold power over the fairy forevermore.”

Mr. Kruger cleared his throat. “I don’t actually know the duration of servitude for an ordinary fairy,” he said. “But in the case of the Fairy
Queen
. . .” He laughed. “I’m joking,” he said.

“Is there a Fairy Queen?” I asked.

He smiled indulgently and shook his head. “Alas, only in Shakespeare and Spenser,” he said. “As far as I know.”

“You said that this Walpur—pur—this fairy night—happens on the last day of April.”

“Indeed,” Mr. Kruger agreed. “Have I inspired you to go fairy hunting?”

But the witches were wide-awake, the air among us crackling.

Peter, however, was still texting.

Naturally, Peter wasn’t interested in going fairy hunting with us.

“Treasure!” echoed Cheswick and Verity in unison. They did everything together. So when Cheswick pounded on the table, so did Verity. The waitress at Pizza World gave us all the stink eye.

“You’re all being ridiculous,” Peter said. “Has anyone actually
found
this so-called treasure? Or a fairy, either, for that matter?”

“If they did, they wouldn’t talk about it, would they?” Bryce said reasonably.

“Think of it as a snipe hunt,” Verity suggested.

Cheswick elbowed her. “Snipe hunts are fake,” he whispered, although we could all hear him.

“Exactly,” Peter said. “And so is this Walpurgwhatever.”

I felt a wave of anger toward him. “Hey, how old are you, anyway?” I said, aware that I was nearly shouting. “Because you act like you’re forty. All you ever think about is work and being sensible and not making mistakes and never doing anything stupid!”

Peter looked over at me impatiently. I guessed he was itching to text Uncle Jeremiah again. “As opposed to some people, who spend every day doing stupid things,” he answered calmly.

That hurt. I felt my lip trembling, so I stood up and turned my face away. “Let’s go,” I said. I threw down my share of the bill and stumbled toward the exit.

We met at sundown in the Meadow. It was already beginning to fill with fog, as it did on every witch holiday. The Meadow was a magical place—literally—protected by a spell cast in the 1600s to keep our kind safe from the Puritan witch-hunters. In those days, the fog was permanent and made the Meadow actually invisible to anyone outside it. Now the thick magical mist only appears when something involving the whole witch community is going on, and that only occurs four times a year, at the cross-quarter (i.e., major) holidays.

Beltane is one of these. The others are Imbolc, or Candlemas, which celebrates the coming of spring and new life; Lammas at midsummer, when everyone feasts and gives thanks to the earth for Her bounty; and Samhain, the end of the year, when we invite the dead to join us as we get ready for the dark days of winter.

Samhain is our most important holiday, but Beltane is the most fun. I hoped that Peter would loosen up by then so that we could dance in the Meadow tomorrow, and maybe be handfasted again, since our year-and-a-day was almost up.

“Pokey pokey,” Becca said, prodding me between my shoulder blades with her finger.

I glanced behind me, hoping against hope to see Peter, but of course in the holiday fog, it was nearly impossible to see anything. On fog days, there is even a
docent
, an old guy named Haversall, who leads people around the Meadow if they’ve lost their way. Cowen can’t even come in. They literally can’t, even if they want to, although they never really want to. That’s part of the spell.

“Who are you looking for?” Becca giggled. “As if I didn’t know. Not that you’d be able to see him in this fog, anyway.”

I grunted, not wanting to reveal my insecurity about Peter.

“You don’t need him,” Becca said, hooking her arm through mine and dancing a little
Wizard of Oz
shuffle.

“Oh, I know,” I agreed, hoping I sounded cheerful and enthusiastic. “He’ll be sorry when we don’t share the treasure with him.”

A dog barked, so close the sound made me jump. “Dingo?” I asked. That was a silly question. Only one dog ever came into the Meadow on fog nights.

“Ayuh,” Mr. Haversall said. He was wearing a hard hat with a miner’s light on it. Otherwise, we wouldn’t have seen him at all. As he walked closer, I saw that Dingo was wearing a collar with moving multicolored lights. “I’m afraid you’ll not find any treasure here,” he said in his Down-Easter drawl.

Killer: A Bad Boy Romance by Heather West
In Need of a Duke (The Heart of a Duke Book 1) by Christi Caldwell
Marionette by T. B. Markinson
The Live-Forever Machine by Kenneth Oppel
Good Murder by Robert Gott
Under the Wire: Bad Boys Undercover by HelenKay Dimon
Damaged Hearts by Angel Wolfe
Quantum Break by Cam Rogers
The Lost Destroyer (Lost Starship Series Book 3) by Vaughn Heppner
Justinian by Ross Laidlaw