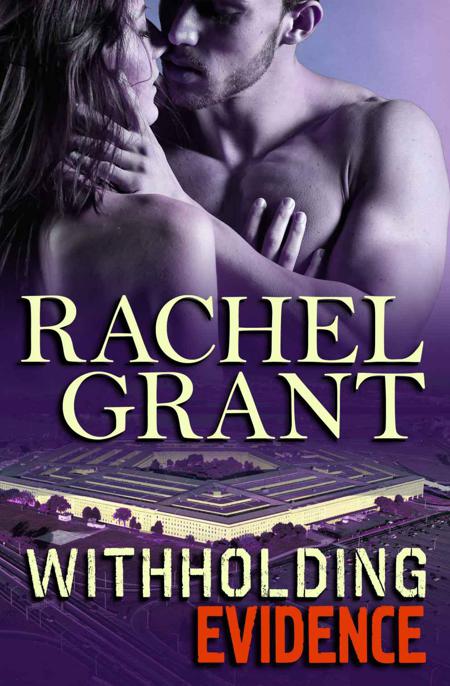 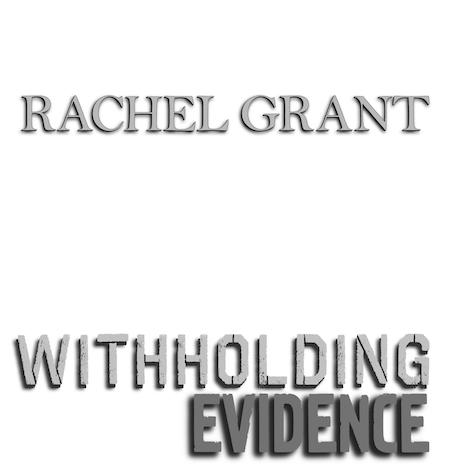 This book is a work of fiction. References to real people, events, establishments, organizations, or locations are intended only to provide a sense of authenticity, and are used fictitiously. All other characters, and all incidents and dialogue, are drawn from the author’s imagination and are not to be construed as real.

No part of this book may be reproduced, scanned or distributed in any printed or electronic form without permission. Please do not participate in encouraging piracy of copyrighted materials in violation with the author’s rights. Purchase only authorized editions.

For showing me unconditional big-sister love for as long as I can remember.

T
RINA
S
ORENSEN STIFFENED
her spine and rang the town house doorbell. She couldn’t hear a chime, so after a moment of hesitation, she followed up with a knock. Seconds ticked by without any sound of movement on the other side. She rang the bell again, and then repeated the knock for good measure. The front door was on the ground floor, next to the garage. Glancing upward, she checked out the windows of the two upper floors. No lights on, but at nine in the morning on a hot August day in Falls Church, that didn’t tell her anything. If the man she hoped to meet was home, he’d have to descend at least one flight of stairs, possibly two.

She was about to ring the bell again when the door whipped open, startling her. She stepped back, then remembered she needed to project poise and straightened to meet her target’s gaze.

Keith Hatcher was even more handsome in person than in his official navy photo, but she couldn’t let that fluster her. It just meant he’d been blessed with good genes, a rather superficial measure of a person, really.

She took a deep breath and held out her hand. “Mr. Hatcher, Trina Sorensen, historian with Naval History and Heritage Command. I’d like to ask you a few questions about Somalia.” She cringed as she said the last part. Too perky. Too eager. That was
not
how to approach a former navy SEAL when asking about a mission.

Sporting tousled dark hair that suggested he may have just gotten out of bed, and wearing low-rise jeans and nothing else, the man leaned an impressive bare bicep against the doorframe and raised a quizzical thick eyebrow. “Trina? Cute name.” He smiled. “It fits.” He reached out and touched the top of her head. “But I think you should go back to the day care center you escaped from and leave me alone.” He stepped back, and the door slammed shut.

She jolted back a step. He did
not
just pat her on the head and slam the door in her face.

Except that was exactly what Senior Chief Petty Officer Keith Hatcher had done.

She was aware she looked young, but dammit, she was thirty-one freaking years old—the same age as Hatcher. In fact, she was a few weeks
older
than him. She squared her shoulders and rang the bell again.

Seconds ticked by. Then minutes. She pounded with the side of her fist.

Finally the door opened. “Yes?” He leaned against the doorjamb again, this time stretching out an arm to touch the hinged side of the opening. His body language conveyed amusement mixed with annoyance.

“Senior Chief, I’m
Dr.
Trina Sorensen”—she never referred to herself with the pretentious title of doctor, but figured his crack about day care warranted it—“and I’m researching your SEAL team’s work in Somalia five years ago for Naval History and Heritage Command and the Pentagon. You must answer my questions.”

“Dollface, it’s Sunday morning. The only thing I
must
do today is jack off.”

She crossed her arms. “Fine. I can wait. It’ll be what, one, maybe two minutes?”

The man tilted his head back and laughed. She saw her opportunity and ducked under his arm, entering, as she’d suspected, an enclosed staircase. The door to the left could only go to the garage. She went straight for the stairs, heading up to his home. Her heart beat rapidly at her own audacity, but she was never going to get the information she needed to do her job from the SEAL without taking risks.

“What the hell?” he sputtered, then added, “Who do you think you are, barging into my home?”

“I told you. I’m Dr. Trina Sorensen from NHHC,” she answered as she reached the landing that ended in the most spotless mudroom she’d ever seen. She crossed the room and stepped into his kitchen. Equally spotless. Either he had an amazing cleaning service, or he was a total neat freak. Given his disheveled appearance, she’d expected a disheveled home.

She leaned against a counter as he paused in his own kitchen doorway. His mouth twitched, but his jaw was firm, making her think he couldn’t decide if he was annoyed or amused.

Amusement won, and a corner of his mouth kicked up. He took a step toward her. “It’ll go faster if you help me.”

Her heart thumped in a slow, heavy beat. Barging into his home might’ve been a mistake. She frowned.
Of course it was a mistake
. “I’m good to go. Already took care of business this morning in the shower. You go ahead without me.”

He barked a sharp laugh, then shook his head. “What do you want, Dr. Sorensen?”

“As I said already, I’m here to ask you questions about Somalia.” She pulled her digital recorder from her satchel. “Do you mind if I record our conversation?”

His brown eyes narrowed. “Hell, yes, I mind. More importantly, we aren’t having a conversation. You are leaving. Now. Before I call the police.”

“SEAL ops are classified.” All hint of amusement left his voice, leaving only hard edges.

She sighed in frustration. Hadn’t he bothered to read any of her e-mails? “I sent you what you need to verify my security clearance in my e-mail. And my orders came directly from the Pentagon.”

“I don’t give a crap if the pope sent you on orders from the president. I’m not telling you shit about a place I’ve never been.”

He expected her to accept that and walk away? She’d never have gotten anywhere as a military historian if she allowed the men in her field to brush her off. “Oh, you’ve been to Somalia all right. You were there on a reconnaissance mission, gathering data about a rising al Qaeda leader who was taking advantage of a power vacuum created by ongoing interclan violence.”

He crossed his arms and spoke softly. “I have no clue what you’re talking about.”

The man had a solid poker face, no hint that she’d surprised him with the paltry facts she knew. So he was handsome and big and had the most gorgeous sculpted pecs and abs she’d ever seen, and he was sharp to boot. “I’m researching various SEAL actions in Somalia over the last two decades, starting with Operation Gothic Serpent and ending with yours.”

He cocked his head. “Who is your boss?”

His eyes widened when she said her boss’s name. At last, a break in the poker face. Did he recognize Mara’s name from her trouble in North Korea, her notorious run-in with Raptor, or because he knew Mara was married to the US Attorney General? Regardless, the name Mara Garrett opened doors, and Trina had one more threshold she wanted to traverse—from the kitchen to the living room, where she could conduct a proper interview.

“The work I did when I was in the navy is classified. Not only do I not have to tell you about an op I was never on in a country I’ve never visited, but I could also get in serious trouble if I
did
tell you a damn thing about the places I
have
been.”

She handed him her card. “But you do have to answer me. The Pentagon wants this report. Your input is necessary.” This project was her big break. Future naval operations could depend on her findings, and the biggest of the brass were eager for this account. She was already having visions of moving out of the cubicle next to cantankerous Walt. She could have walls. And a door.

“But, you see there, dollface, that’s the problem. I’m not in the navy anymore. I don’t take orders from the Pentagon. I don’t have to follow commands from anyone, least of all a five-foot-nothing librarian who invaded my kitchen without my permission.”

She straightened her spine and threw back her shoulders, determined to reach her full height. “I’m five foot three. And I’m an historian.” Her glasses slipped, and she nudged them back to the bridge of her nose.

He chuckled, and she flushed. She’d have been better off if she hadn’t corrected him on the librarian label as she adjusted her glasses.

“Whatever, doll. Listen, you have one minute to get out of my house, or I’m going to assume you’ve decided to watch me jerk off after all.”

She couldn’t look away from the brown eyes that held hers in a tense gaze. Just her luck that he was so frigging gorgeous. Attractive men made her self-conscious. Especially ripped, half-naked ones. “I’m not playing games, Senior Chief. I’m just here to do my job.”

He smiled slowly and reached for his fly.

The Fundamentals of Play by Caitlin Macy
Taino by Jose Barreiro
A Week in New York (The Empire State Series Book 1) by Bay, Louise
Rise From the Ashes: Lena's Story by Laura Franklin
The Temp by Cates, A. K
1225 Christmas Tree Lane by Debbie Macomber
Liavek 1 by Will Shetterly, Emma Bull
Mr. Insatiable by Serenity Woods
Between by Jessica Warman
Prey by Carlos King