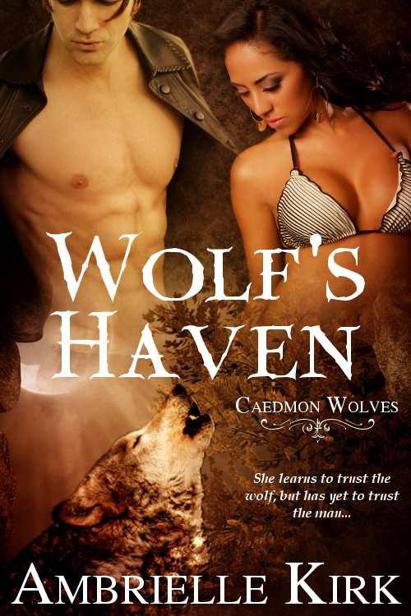 All rights reserved. No part of this publication may be reproduced, stored in a retrieval system, or transmitted in any form or by any means, electronic, mechanical, recording or otherwise, without the prior written permission of the author.

This is a work of fiction. The characters, places, incidents, and dialogues in this book are of the author’s imagination and are not to be construed as real. Any resemblance to actual events or person, living or dead, is completely coincidental.

They who dream by day are cognizant of many things which escape those who dream only by night.
~
Edgar Allan Poe

Tamara glared at her fiancé.  The demanding expression on Brad’s face was the same exact look he gave her when he wanted something. Only this time, no physical force followed. After all, they were surrounded by his partners in crime. He wouldn't dare lift a hand to strike her around other people. Brad wanted no one to know how much of a coward he was.

Swallowing, she bit the corners of her lips. She’d waited for this opportunity for months. The chance to be free of the conniving bastard and the controlling dangerous life that he’d tricked her to lead.

Her plans were already in place. All she had to do was make one call and her contact would be waiting. She would be free from this life.

"Yes, I'm in." Her voice came out on hoarse whisper.

"A ride or die chick." One of Brad's friends chuckled. "What does a guy have to do to get one of those nowadays?"

Brad grabbed the duffle bag at his feet and grinned. "It's an acquired skill."

If they only knew
. Brad Thatcher wasn't the man he portrayed himself to be. Over the last ten months, he'd turned to heavy drinking each night. Then the verbal abuse turned into something much worse. She had something to show for being so vulnerable. The bruises on her skin. Now, she feared for her life. This situation had gone too far.

Tamara had never envisioned being with a man who seemed to thrive off her pain. He was never going to get better. Her counselor had warned her of this. She'd even ticked off the list of warning signs to watch for in his behavior. Throwing jealous tantrums if she so much as looked at another man. Trying to control her every move and keeping her under lock and key. Verbal insults escalating into gripping her in the fit of rebellious rages. One after the other, the signs became clearer. Brad was an abuser. Of women, drugs, and alcohol. Yet she stayed.

Her heart pounded uncontrollably as she contemplated the consequences. If she failed this escape, there would be hell to pay and she just might lose with her life. The last time she threatened to leave him, he'd freaked out. She still had the marks on her neck to show for it.

"I need to use the bathroom before we leave." Tamara looked to Brad for his approval.

"Ah man. We don't have time for this." Brad's second sidekick yelled from the driver's side of the vehicle. "We have to be at the museum during the shift change-over."

Brad and his crew made their living as thieves. It was fast, easy money. They were bandits who ran from the law and walked on the edge. Her fiancé had hidden his shady side job from her while they dated. He'd painted himself to be the picture perfect husband to be, but he was a fake. Her normal boring life had been turned upside down.

It all started when he lost his job for money laundering. She stood by her man back then. Had even persuaded him to pursue other careers, but Brad had alternative motives. Things got out of hand, and soon her husband-to-be turned out to be the fiancé from hell. By the time she caught on, she was in too deep.

"I need to go," she repeated in a harsher tone. She'd pay for acting out like this later.

"You better hurry." Brad’s lips formed a taut line. He turned his attention back to his crew. "She's the only one who can fit through the vent."

As Tamara walked off to the bathroom in the back of the warehouse, they discussed strategy among themselves. After locking the door behind her, she retrieved a small cell phone from the sleeve of her boot. Her fingers shook as she flipped the lid. Just before punching in the numbers she'd remembered by heart, she exhaled.

Tamara paced the cramped space of the one stall bathroom, praying for Selene to pick up the phone. This was her only hope. Just when she thought her plans would backfire, her counselor answered the phone.

The voice sounded groggy on the other end. At nearly two hours before midnight, she expected this much. She only hoped that Selene could still help her. It had been a while since she’d last spoken with the counselor.

"Selene," she whispered into the phone. "It's me. Tamara."

There was a bunch a ruffling on the other end. "Tamara. I haven't heard from you in three months. What's wrong? What happened?"

"Give me your location."

"About ten miles south of Blue Hills, Virginia. Near an industrial area."

Outside the door, she heard the van engine start. Brad shouted her name.

"Selene…I don't have much time," Tamara whispered into the phone with urgency.

"Wait. Let me get my laptop.” There was some fumbling on the other end. “I think I know where you are. Industry Park. Near the city. Shoot! I’m getting you out of there.” The sound of fingers tapping furious at the keyboard flowed through the phone line. “You are to board the next train out of the Westbed station. A man in a red cap will be waiting with your ticket.”

Each time she'd called Selene, they'd discussed her getaway. She'd chickened out twice before. The promise of a new beginning and identity seemed like the life change she needed, but the consequences if she failed this escape loomed her conscience.

Brad banged on the door. "Get your ass out here.
Now
."

Tamara's heart jumped and her voice lodged in her throat. Brad jiggled the door handle and pushed against it. It rattled on the frames.

She looked up at the small window. There wouldn’t be any escaping from here. Not even a small dog could pass through the bars.

Darting over to the sink, she turned on the faucet. "I'll be right out. I'm just washing up."

"Washing up, my ass." Using the weight of his body, Brad burst into the doors.

Acting quickly, Tamara tossed the cell in the waste basket under the sink.

He reached out and grabbed her by the forearm. "What the fuck are you doing in here?"

She flinched as he tightened his grip, pinching her skin. "I was just washing my hands."

"You're taking too long." He led her out of the bathroom, practically pushing her towards the waiting van. After shoving her inside, he slid the door closed. "Let's go." He jumped into the passenger seat.

Tamara took a seat in the back of the van. Her palms stung, and she looked down to find her hands balled in a tight fist. Violence wasn't the answer. She wouldn't dare stoop to that level. So many times she'd wanted to hurt Brad. She hated him—despised him for making her afraid to fight back.

She bent down and touched the hilt of the pocket knife hidden in her other boot just to make sure it was still there. The cell phone was gone. Now she only had the knife to protect herself. Last time, she threatened to use a weapon on him, he'd laughed in her face. Said that she wouldn't dare kill him. He thought this was a game. She'd come to the realization that Brad loved to taunt her. It turned him on to see her in pain. But how far would he go? How far would he go until she ended up dead in a landfill?

The smoke from Brad’s cigarette wafted to the back of van when he opened the window to flick the ashes away. In the other hand, he had a bottle of vodka. As he took a swig of the poison that fueled his rage, a sense of hopelessness consumed her and she squeezed her eyes shut. She was tired of his perilous ways. Tired of feeling like a prison in a dreadful place.

No matter what he'd done to her, it pained her to see him throw his life away in exchange for quick money, drugs, and alcohol. She had to get out of this relationship. She wanted to get out now.

B
y the time they reached the city limits, Tamara’s hand ached from wringing them in fear and anticipation. Once she made a run for it, she would be alone in the world. All her big dreams had been crushed following the death of her parents. She’d become dependent on Brad, but what they had wasn’t love anymore. It was a relationship of convenience…and abuse.

Brad slid the van door open, shattering her thoughts.  She jumped down and her boots hit the pavement with a thud. The damp night air fueled her senses, and she breathed in deeply. She smelled her freedom, and she only had to act to gain it.

Serious People by Shea, James A.
Plain Trouble by Y'Barbo, Kathleen
Mark of the Black Arrow by Debbie Viguie
Through the Maelstrom by Rebekah Lewis
Delicious! by Ruth Reichl
Ashes and Rain: Sequel to Khe (The Ahsenthe Cycle Book 2) by Razevich, Alexes
How to Manage a Marquess by Sally MacKenzie
Trust by Sherri Hayes
Against God by Patrick Senécal
Wife Errant by Joan Smith