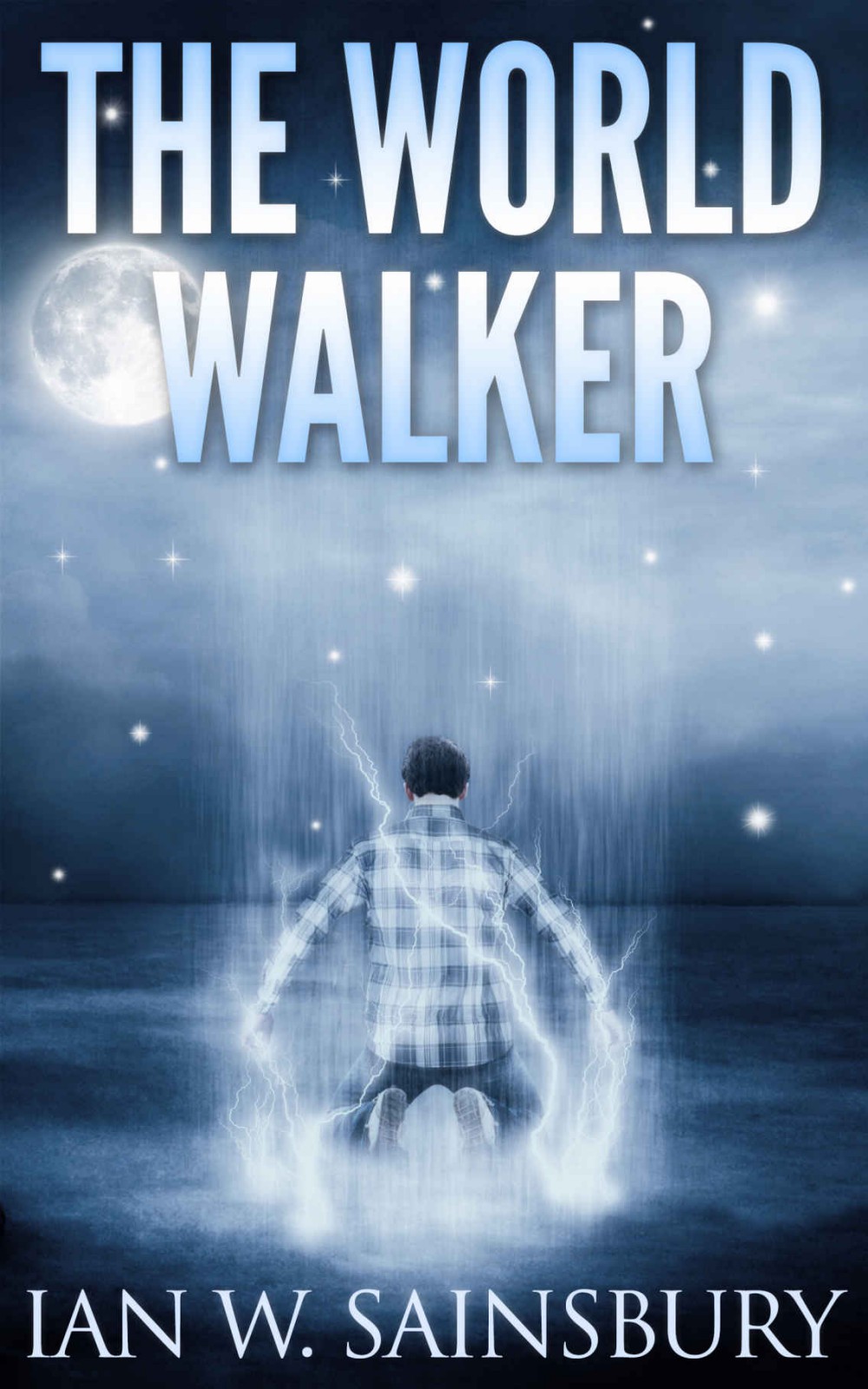 Visit the author's blog at

It's never a good day to die, whatever they tell you in the movies. Then again, scriptwriters are paid to deliver snappy, memorable dialogue, not universal truths.

Legs dangling over the edge of the building, Seb Varden could still just about hear the last chorus of Forgotten Blues, as the band cranked up the volume six stories below. Clockwatchers - not too many years ago considered the biggest band in LA - still finished every gig with the same song, and Seb smiled picking out the snish of Dan's high-hat and thrack of the snare as he slowed the band into the final few seconds. Worked into a frenzy, the crowd screamed for more, despite knowing they'd never get it. Refusal to play an encore was a Clockwatchers trademark. Lead singer Meera had always had an instinct for stagecraft, and her notion of playing under a huge clock that counted down the band's time on stage had proved a winner from their first gig. The hands of the clock moved backward toward midnight, ignoring real-world time. The song they started before the hands met at the top of the dial was always their last. Seb leaned forward, listening more intently for the end of the ritual.

"Watch the clock," came the familiar words, drifting up through dark, heavy, summer smog, "because the clock is watching you." Seb frowned. The words were right, but the voice saying them was unexpected.

The metal fire-escape ladder rattled and the heady smell of marijuana smoke drifted across the rooftop.

Meera picked her way carefully across the rooftop, graceful as a dancer, despite permanently negotiating the world through the haze of a habitual dope smoker. She sat next to Seb and offered him the spliff. He shook his head, smiling.

"Still on a health kick, huh?" she said, drawing deeply, the red glow brightening and revealing her dark eyes, just visible under heavy bangs and enough mascara to make a goth feel naked. They sat in silence for a few minutes, then Meera looked behind her across the Burbank rooftops out to the lights of LA; a glittering bauble dropped in the valley, blotting out the night sky with a million tiny stabs of light. She turned back to the dark mountains before them.

"You're looking the wrong way, you know," she said.

Seb carried on gazing toward the Verdugo Mountains. The bar was right on the edge of the city. The neon sign below announced "Badlands" to passing traffic, and the owner was only half-joking.

"You sure?" he said. He couldn't hear anything other than the sounds of the dispersing crowd and the hum of a thousand cars, but he knew a couple hours' walk would bring him to a place where the clearest sound would be the suss of the wind through the leaves and the creak of shifting wood as the trees stretched and groaned.

Meera lit a new spliff from the end of the last one and inhaled deeply. She sighed melodramatically.

"Go ahead," said Seb. "Ask me." Meera absently brushed hair away from her eyes and looked at him.

"What's really going on, Seb?" she asked. "If Scrappy or Dan suddenly said they'd decided to give up music and move to Europe I'd believe them, but you? Well, maybe not Scrappy. He still thinks Europe is an imaginary land from
Lord Of The Rings
. But Seb Varden, white soul boy, best songwriter on the west coast?"

Seb snorted but Meera just raised an eyebrow. "Hey, what the hell do the critics know? And come on. Five minutes without access to a piano and you'll be climbing the walls."

Seb sighed and flicked some of Meera's ash off his jeans.

Meera took a long pull on the joint and said nothing for a while.

Abruptly standing up, she ruffled Seb's hair fondly and started back across the rooftop.

"You're full of shit, Sebby," she called. Seb grimaced. "And stop pulling faces," she continued without looking back at him. "Whatever it is you're really up too, it sure as hell ain't giving up music and moving to Italy or where the fuck ever."

"You always did have a wonderful vocabulary, Mee," he said.

"Yeah, and you always played your cards a bit too close to your chest, but hey, you've got my number, you could always use that phone-shaped object you carry around to actually call me," she said, the rungs of the fire-escape rattling as she made her way back down.

Seb waited another 30 minutes or so, until he heard the band's van roaring off down the street. He stood up and turned back to the permanent glow of the city. There was so much he was going to miss. Meera was right, of course. He wasn't going to Italy. Or where the fuck ever.

Two hours later and Seb was close to his favorite place in LA. Officially, the Verdugo Mountains weren't in LA at all, but Seb always thought of them that way. The steep, scrub-lined dirt paths, the tough vegetation that looked like it had taken hold before humanity had made its way out of the slime; the mountains were a reminder that the city was a cheap ornament Nature could brush away at any time. The mountains had a permanence and a silence that drew Seb in. Popular with hikers during the day, he had found the solitude he craved by walking the paths at night. The threat of mountain lions or coyotes discouraged most people from heading out after dark, but Seb found the local wildlife treated him with the same respect he gave them, keeping their distance.

He shrugged the backpack off his shoulders and realized he had managed the entire hike without once thinking about what he was about to do and why. Now, finally reaching the spot he'd picked out weeks before, looking back at the city, he reviewed the last six months quickly and calmly.

The initial headaches had been nothing unusual at first. His occasional willingness to experiment with drugs had led to some spectacular hangovers over the years. And he was 32 now, not 19. Hangovers wiped out entire days and no amount of water, fresh fruit and Tylenol seemed able to ease the process. It was when the headaches started manifesting on the days when he'd been nowhere near any substances that he thought something might be wrong. A suspiciously fast referral to a specialist by his doctor heightened his suspicions, and by the time the diagnosis came in, he was already preparing for bad news. As it turned out, the news couldn't have been worse.

Certain impressions, however trivial under normal circumstances, stand out when someone tells you something that alters the course of your life. The specialist was attractive, Latin, intelligent and beautiful. Seb's urge to flirt had deserted him totally, but he found himself obsessively focusing on her nipple, clearly outlined beneath the medical white of her jacket. There was nothing sexual in his gaze, but he found himself unable to look away as he registered her words. Brain tumor. Inoperable. Less than a year. She had said a lot more that afternoon, covering his options. There would be loss of memory at first, some balance problems, weakness in the limbs. He might experience fits as the tumor grew and pressed on different parts of his brain.

Seb sat down, his back against a tree, and opened the backpack. He pulled out a heavy glass tumbler and a bottle of Johnny Walker Premier. A few weeks back, he'd decided that if he was going to die, he was going to do it on his own terms, and after enjoying a few glasses of $200 whiskey. He poured an extremely generous measure and inhaled, taking in the caramel, honeyed woodiness, the almost savory richness. There was a certain irony to the words that came into his mind just then: treat every moment as if it might be your last. He smiled to himself, raised his glass and toasted the night, drinking deeply and with unfeigned enjoyment.

The specialist had been worth whatever money the insurance company had paid her. Within a few weeks, Seb had noticed some balance problems. He felt as tired when he woke up as if he had barely slept. Life became increasingly unreal - colors muted and washed out, food bland. Even his libido had packed its bags and left without a backward glance. Only the strongest tastes, such as a lovingly crafted Scotch, still gave him enjoyment. He'd only had one seizure, but it had been enough. Exactly seven days ago, sat in front of the love of his life - a nine-foot Bosendorfer grand piano - he suddenly lost all awareness of where he was and what was happening. He had been playing a chord sequence that had been plaguing his subconscious for weeks, threatening to turn into the chorus of new song. Suddenly, his entire existence seemed to tilt and shift, his vision narrowing rapidly to a pinprick. He woke minutes later, under the piano, his shoulder throbbing where it had hit the floor. Carefully picking himself up, Seb's first thought was to play, but the chord sequence had gone. Worse, he found he could no longer coordinate his hands on the keyboard. He caved, giving in to self-pity for the first and only time, lying face down on his bed and weeping. When he finally got up, he accepted the inevitable. The remainder of the week had been spent arranging the end of his life so that he wouldn't leave a mess for others to clear up.

Seb took out his phone and cued up the last piece of music he ever expected to hear. When he'd started learning piano, it was the first thing he had ever managed to play all the way through - he remembered performing it in the children's home where he'd grown up. He selected the loop function and reached for his headphones. Not a fan of earbuds, Seb wanted total immersion when he listened, so his headphones had taken up much of the space in the backpack. Along with the Scotch. And the craft knife.

He pulled out a piece of paper and unfolded it, putting it on the floor next to him, held in place with a stone. He knew Bob would be the one to discover his body. No one else walked their dogs at 5am every day, and the two of them had progressed over the years from wary looks to a nod of recognition, then finally some brief conversations and even a shared nip of the hard stuff from the flask Bob carried.

Seb smoothed out the note and took another sip of Scotch. Taking out a Sharpie, he wrote,

He recapped the pen before changing his mind and adding,

"PS. Help yourself to the Scotch. It's good stuff."

Finally sitting back, finishing his glass and taking the protective covering off of the razor-sharp blade, he pressed play. Bach's Prelude in C Major. Just a series of arpeggios, never repeating, so simple yet impossibly evocative of something half-remembered, half-seen. He'd never got bored of it, never stopped marveling at its ability to move him. And moved was exactly the right word, since he never finished listening to it in the same place as he'd started. It was the Glenn Gould version. The guy might grunt a bit while he played, but, man, no one played Bach like Glenn Gould did.

Seb took the knife in his left hand and unhesitatingly drew a deep gash across his right wrist before changing hands and doing the same to his left. He wondered if he should feel grief, bitterness, anger, maybe even anticipation or happiness. But he felt none of these. He just felt resigned to the anonymous inevitability of fate as he sat back and let his blood seep into the dry dusty earth of the mountains.