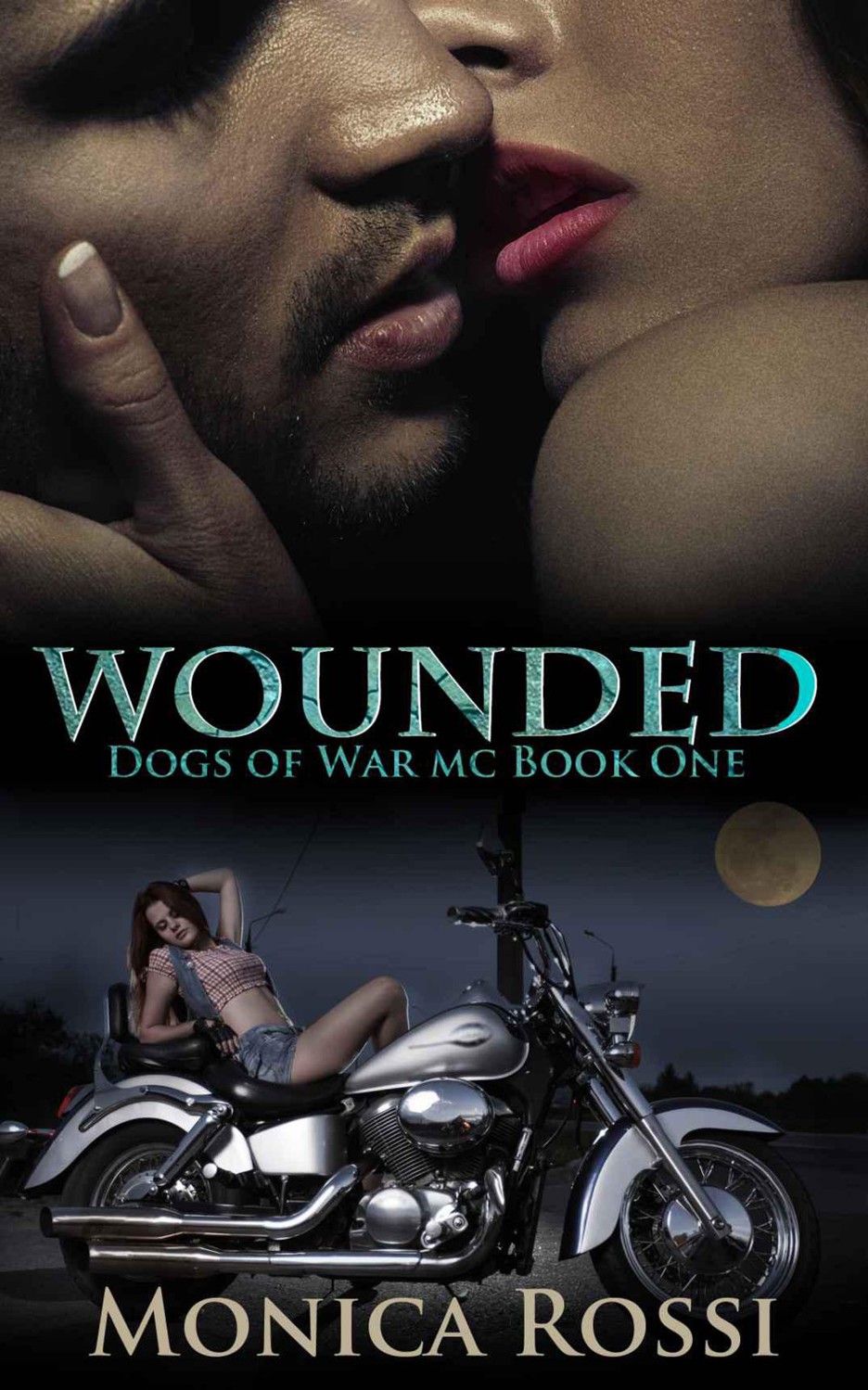 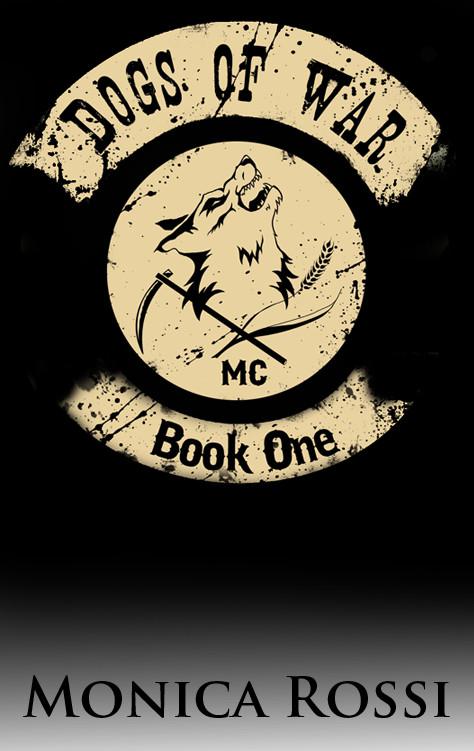 Disclaimer: This is a work of fiction. Any resemblance of characters to actual persons, living or dead, is purely coincidental. The Author holds exclusive rights to this work. Unauthorized duplication is prohibited. 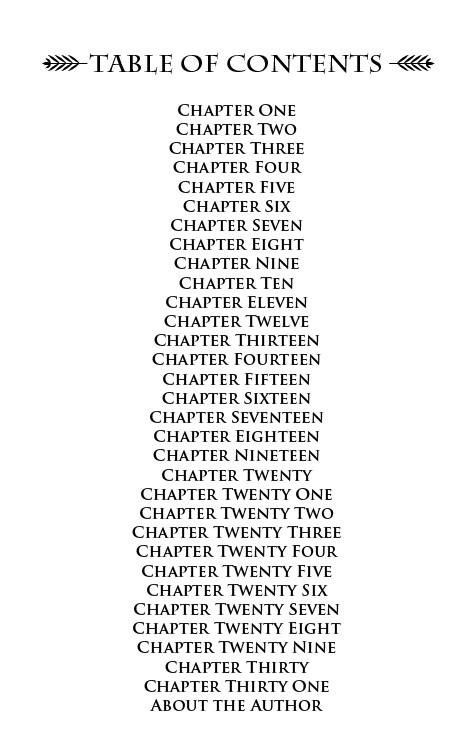 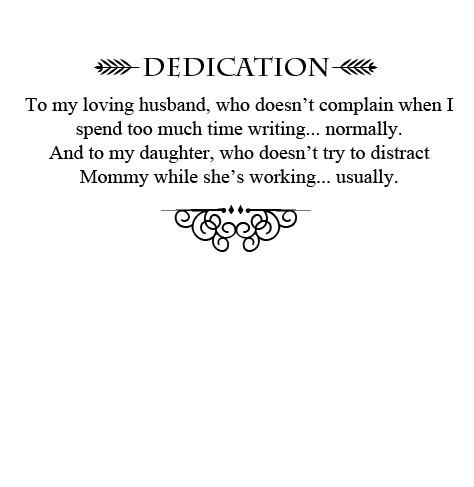 The rolling green hills passed by in an unnoticed blur as Sidney made her way home in the dying light. Work had been fine, home was going to be fine, everything was just fine, fine, fine. She blew a strand of hair out of her eyes.

When she’d moved to the small town of Three Rivers she had been hoping for a clean break; from her family, from her past, from who she had been, and she’d gotten it. What she hadn’t counted on was the long stretches of boredom, tinged with loneliness, that plagued her constantly. It wasn’t as if she’d expected to move into town and immediately have a close knit circle of friends who lauded her every Facebook post with fanfare and a celebratory night out, but it had been three months and she had yet to meet
anyone
she clicked with, male, female, or some creative combination of the two. She’d been to bars, fundraisers, neighborhood barbeques, she had even joined the Junior Charity League for the love of God!

Maybe I’ve unknowingly stumbled into an episode of the X-files where everyone in town is in some sort of Satanic cult and they’re just waiting until the annual harvest festival before sacrificing me to their patron demon, Zi’ kukuloo
. The Greater TriCity Apple Festival
was
in a couple of weeks, and as improbable as was that a cult would decide to roast her with an organic apple shoved in her mouth, she made a mental note to start a new diet. She didn’t want to look too plump and juicy, just in case.

Even her freaky little assistant at the clinic didn’t seem to want to have anything to do with her outside of work, or during work for that matter. Having asked the black clad, dour faced waif to go out for after work drinks on three separate occasions, Sidney had given up on making friends with her.

Granted, she hadn’t been the belle of the ball back home but if nothing else she’d had several people she could have called who would have gone to a movie with her, or would have even come over and had a few glasses of wine while they played a few rousing hands of Uno. Here she was stuck in her little rented home, unsuccessfully browsing Netflix, looking for something to distract her before giving up and deciding she would just go to bed. Not that she didn’t like her home, she actually loved it. Tiny as it was, it fit her needs perfectly. It was just so… empty.

She was even beginning to miss her sister. Ugh.
David, mother, unsustainable emotional turmoil, and miserable working conditions
, she reminded herself why she’d moved.

David. He was the key to all of the other problems. All of them. The POS.

Purposefully she tried to clear her mind, she hated it when he popped into her train of thought uninvited, which he did often. Instead, she focused on the scenery. She really had picked a beautiful place to relocate. If she
had
to be away from everything and everyone that she loved, at least it came with a nice view. She watched the changing colors of the leaves as they whizzed by in a muted blur of Autumnal glory, the lone mountain off in the distance, the lump of dead deer she was about to hit in the road.

She swerved to avoid the huge bloody mass at the last minute. Had it been a deer? A bear? Was it dead or just almost dead? Or was it hurt and laying there in pain?

She cursed her soft heart as she slowed down and pulled over to the side of the road. She might be walking up to a disaster of gore that was going to haunt her dreams or maybe she could ease the suffering of a badly wounded creature...or she could have her arm ripped off by a hurt and angry bear. She mentally shrugged as she got out of the car, what would be would be, and what was the point of becoming a veterinarian if she didn’t help animals when there was need?

She had driven further away from the lump than she realized, and in the dim light she still couldn’t make out what it was, all she could tell was that it was large. As she got closer, she slowed down, looking for any signs of life that would indicate she wasn’t wasting her time. There it was, the stilted rise and fall of the chest, the animal was breathing… but for how long? She had to get closer and see what kind of wounds it had.

As she got nearer, she realized that its back was to her, making it harder to be sure that it wasn’t a bear that was going to tear a hole in her torso for her trouble. The hair was a dark auburn and mottled with dirt and blood, she could see the movement of the chest better now and the breathing looked steady, that was a good sign. If she could just get close enough to see what she was dealing with she’d know if she needed to call a game warden to hit it with the tranquilizer gun or if she could use some of the tranks she had in her medicine bag. If it was unconscious that would be a godsend.

She slowed down, wondering if she were seeing things. The hind legs looked like… no that couldn’t be right. Could it be? Her mind dismissed the idea of a dog out of hand, no dogs or wolves got that big, but the closer she got the less she could deny what she was looking at.

She was shocked into stillness; it was a wolf, or a wolf bear hybrid. How could it have gotten so large, surely it must weigh two hundred and fifty pounds. A genetic mutation? A rare breed of superwolf? Eating too much engineered chicken?

A whine pulled her out of her questioning and she found herself staring into huge bright golden eyes. She walked a little closer and its tail thumped halfheartedly and its head fell back to the ground, obviously too tired to hold it up.

“Crap.” Sidney resigned herself to her task and ran back to the Jeep for her bag. Approaching the wolf again, this time with less apprehension and more of a mind towards her job, she warned with it the last of her caution, “If you eat me I swear to god I’ll give you indigestion.”

All the gashes she could see were superficial, after warily feeling his legs she could tell that one of them was broken, he also probably had a few broken ribs, but the light wasn’t good enough to thoroughly assess all of his injuries. There was no denying was pretty banged up though. She needed to get him somewhere she could examine him properly. Who did she know who would come help her? If she called the game warden he’d probably shoot the poor creature on sight as a public, nuisance and she didn’t know anyone well enough to call and say, “Hey this is Sidney, I’ve found an injured wolf on the side of the road that could probably kill us with very little effort, could you come help me pick him up?” There was no way she could pick him up herself.

She put her hand on his shoulder, still staying well away from those powerful jaws and tried to speak reassuringly, “Hey, wolf. Hey boy,” He picked his head up and looked at her, “I’m going to back the Jeep up here and I’m going to try to get you into the back of it. If you feel like helping out that’s fine too. Just keep those sharp teeth to yourself.” His tail thumped twice against the ground and she took that as assent.

Quickly she backed up as close to him as she could without actually running over him, and threw open the back hatch, chunking clothes and all the random debris that always seemed to collect in her car into the front seat before laying the back seats down flat. In the clutter she’d found a muzzle and held it in her hand speculatively. Was it large enough and was she daring enough to try to put it on him while he was still conscious?

“Hey, there’s a good boy. I’m just going to slip this on your face and hope you don’t decide to take off my hand while I do it, is that ok? Because it’d make me feel a lot better about trying to heave a wounded wolf into the back of my car if there were a piece of leather between me and your razor sharp teeth, even if it wouldn’t actually stop you from doing anything.” She slowly extended her hands toward his face and as she got closer he lifted his head up off the ground as if to help her get the muzzle on him. “Now that
is
a good boy.” She stood up and sighed in relief, squaring her shoulders to the task at hand and squatting back down in preparation to hoist him up with nothing more than sheer willpower and thigh muscles that hadn’t seen a gym in months, but before she could even get her arms under him, he started trying to lift his own weight.

Tempted (The Dark Billionaire, #5) by L.N. Pearl
1974 - Goldfish Have No Hiding Place by James Hadley Chase
OVER HER DEAD BODY: The Bliss Legacy - Book 2 by Sheedy, EC
Claiming His Fate by Ellis Leigh
Gateway to Heaven by Beth Kery
An Impossible Dilemma: A Psychological Thriller Novel by Netta Newbound
Her Sicilian Arrangement by Hannah-Lee Hitchman
Bad Marie by Dermansky, Marcy
Falling Hard (Billionaires in Disguise: Lizzy, #1) by Blair Babylon
Noon at Tiffany's by Echo Heron