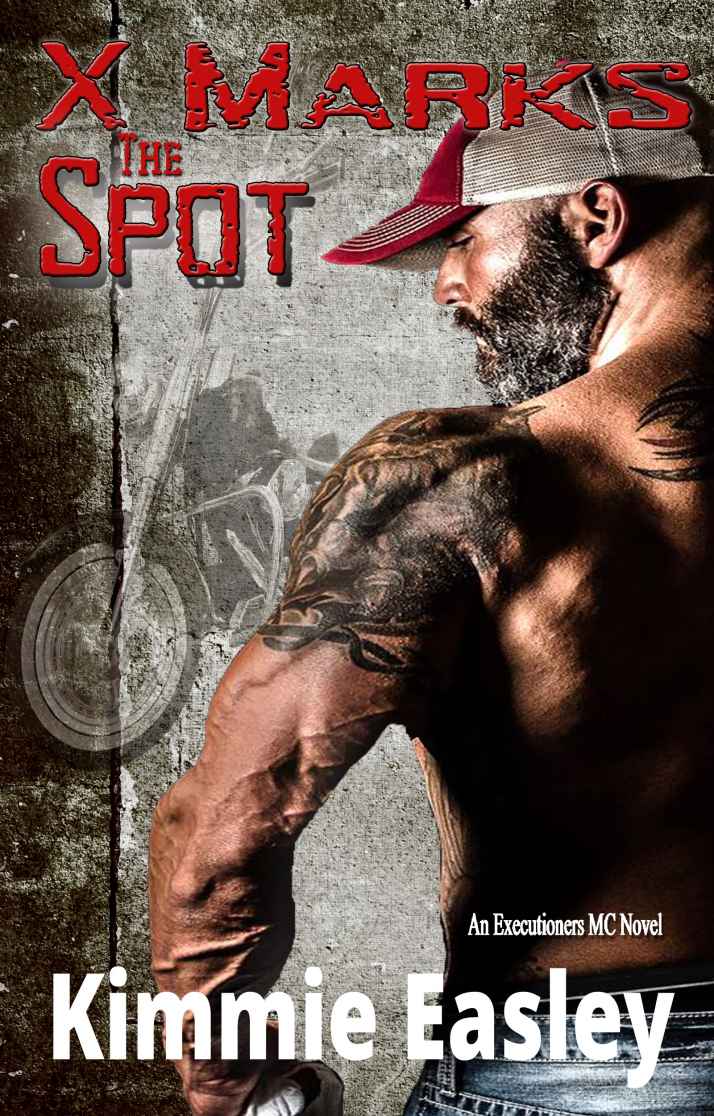 This book contains material protected under the International and Federal Copyright Laws and Treaties. Any unauthorized reprint or use of this material is prohibited. No part of this book may be reproduced or transmitted in any form or by any means either electronic or mechanical. Including but not limited to, photocopying, recording, or by an information and retrieval system without express written permission from the Author/Publisher.

If you received this book from any vendor other than Amazon, Barnes & Noble, Kobo, iBooks, or Createspace, please go to one of the vendors listed and purchase the book legally.

What a whirlwind. This book has been a game changer for me and my career. I wouldn’t have that career if it weren’t for my amazing husband, Daniel. He has talked me down more times than I care to admit, and I have no doubt there are many more to come. We have a standing date, my love, under the stars!

I want to thank the readers for giving me words of encouragement and helping keep me focused on this project. Cheers to each and every one of you! To my snatches- yeah, you know who you are, snatches be crazy. I love you both to the moon and back! My heart is overflowing when it comes to friends and encouragement. I am truly blessed. Thank you Kelley, DeLaine, and Abbie for the unconditional ‘everything’. I love and appreciate you ladies more than you know. Much love to my personal assistant, Tammy Becraft. You busted your ass to help keep me sane and bring this book to light. I adore you and it’s going to be a great ride!

To those who ride.

The intense heat from the flames radiated across the barren patch of grass littered with debris. My once baby blue eyes were now red and enflamed, seared from the smoke and ash. My chestnut locks were a mere rat’s nest, tangled with dirt and wooden splinters. I attempted to prop myself up on my wobbly elbows, but the weight on my chest was unbearable. My heavy lungs were like solid cinder blocks, snuffing out the air. I collapsed, but not before spotting Ronin’s massive frame barreling back into the house. My childhood home, which was now nothing more than an out of control blaze of crumbling rubble.

I ran my hand over my rounding tummy, silently pleading, begging for some kind of sign. I squeezed my eyes shut, allowing tears to stream down the sides of my face, dampening my disheveled hair. My breathing shallowed as I heard my name.

The words escaped through a deep, throaty growl.

I pried open my heavy, swollen eyelids to find Ronin crouched down over my aching body. His gorgeous face was twisted with torment, his chocolate eyes flooded with fear. His full lips trembled between his mustache and thick beard. Ronin brushed a strand of matted hair from my face and that’s when I noticed his blood soaked hands.

The last thing I remembered was the thunderous rumble of the motorcycles roaring down the street, melded with the high pitch sirens of the fire trucks. The cops followed, and hopefully, an ambulance wasn’t far behind.

Hold on, Baby X. Please, hold on for mommy
…

“Brad, do you have to be such a damn pig?” I hopped up from the leather sofa and crossed the room, slipping on my new Louboutins and snatching up my purse. Brad never moved. The way he reclined on the couch with his shirt halfway unbuttoned and a shit-eating grin on his face made my blood boil.

“Are we really going to do this again?” He asked, obviously annoyed.

I shuffled my feet in an attempt to hide my uneasiness. I get myself caught up in the most jacked up situations. “Apparently, since you can’t seem to get a clue.”

“Yeah, I know. You want to be wined and dined. I get it. Why the hell do you think I paid a fortune to have Claremont’s cater dinner?”

I leveled my gaze at him. How could such a brilliant attorney be such a dumbass? “That’s my point, catered in. We never go anywhere. God forbid we be seen in public together. You’re embarrassed of me.”

Brad stood and smoothed out the wrinkles on his pressed slacks. “Come on, it’s not like that and you know it. We talked about this. You know I’m trying to make partner. It’s not professional to get caught screwing the new girl.”

“Newsflash, I haven’t been the new girl for two years now. And people already know, genius.” I stormed out of Brad’s apartment, leaving him standing there with a gaping mouth and his metaphorical dick in his well-manicured hands.

I poured myself a glass of wine to settle my nerves. Brad was an arrogant asshole.

We had been seeing each other for six months now. Who am I kidding? It’s just been a long series of late night hookups. I was nothing more than a high priced piece of ass.

I stripped off my expensive pantsuit and tugged on an old tee. Piling my hair up into a messy ponytail, I strolled to the bathroom to wash my face. I detested make-up, only wearing a minimal amount for work. Brad, on the other hand, loved it. The more the better. He liked to remind me that I needed to be painted and poised for court. He said that it made me appear more professional instead of like a young girl playing dress up.

I snapped my phone into the dock, clicked the playlist button, and flung myself across the bed, better known as my home office. I took a generous sip of Chardonnay as I made a mental list of paperwork that I needed to take care of as I prepared for a long night ahead.

After hours of reading over affidavits and polishing off the bottle of wine, I turned off the table lamp in hopes of fending off the insomniac demons that I have been wrestling with for years. Snarky bastards. Not that it mattered anyway. As I settled in, my phone buzzed, vibrating against the wooden nightstand.

Assuming that it was Brad, I rolled my eyes and reached across the bed to silence the buzzing when I noticed the caller ID flash across the touch screen.

I hadn’t spoken to my older sister in over a year, and even then, it was only because Jessa had picked up our dad’s phone when I called for Christmas. Blood flooded my ears. My hands trembled as I held my cell thinking back on the last conversation I’d had with Jessa. A fucking disaster.

The wine sloshed around in my stomach. Nothing good ever came out of Jericho, California. Including myself.

I attempted to regain my composure before listening to the voicemail. I forced my shaky finger to press the tiny voicemail icon.

“Jo, this is Jessa. I know you don’t wanna hear from me. And to be honest, the feeling is mutual, but I had no choice. You need to come home. It’s important. Pop needs you. The club needs you.”

My sister never had been much on pleasantries or manners.

One sentence rang in my ears. “
Pop needs you
.” Fuck the club. I couldn’t put enough space between me and The Executioners. However, when it came to my pop, that was damn near impossible. Jesse Miller was the president of The Executioners Motorcycle Club, and like always, the club came first.

I silenced my phone before tossing back an Ambien. I tried to shove the call out of my mind as I tugged the comforter up over my face. If it involved the MC, it was nothing that couldn’t wait until morning.

I stirred, stretching my arms high above my head. The blanket was wadded up into a ball and my pillow was on the floor. The distinct aroma of coffee tickled my nose. I climbed out of bed and tried to shake off the sleeping pill hangover. With wobbly legs, I rounded the corner to find Brad standing in my kitchen, making himself at home with my newspaper.

“What the hell are you doing here?”

His head shot up and he flashed his million-dollar smile. “Morning, sleepyhead. Made you some coffee.”

I reluctantly took the offered mug and inhaled the steamy liquid of the gods. I could live off nothing but coffee and alcohol.

Brad leaned in and gently kissed my cheek, a dead giveaway. He was up to something. “I was going to make you a nice breakfast, but there’s nothing edible in this house.”

I raised my mug in the air. “This is all I need, thanks. Again, what are you doing here?”

He relaxed his beaming smile, drawing his lips into a serious line. “I didn’t like the way we left things last night.”

Here we go
. I released a heavy sigh. Folding my arms across my chest, I leaned against the counter. “And you thought breaking in and making coffee would set things right?”

Planting himself directly in front of me, Brad ran one hand under the hem of my shirt. “I’m open to suggestions,” he said as he wagged his eyebrows.

The man was a real jackass. “Damn, you’re an asshole.” I escaped his hold by dipping out from underneath his arm. “You don’t just show up at someone’s house and let yourself in without asking permission.”

“I don’t know why you’re getting so upset. Besides, I tried to call three times. Your phone must be off or dead.”

My hand flew to my mouth. I tried to piece together the night before and the message from my sister. Darting down the hallway, with Brad following close behind, I fumbled around for my cell phone.

“What the hell, Jolene? You’re acting weird. What’s the deal? I’m not into playing games. I’m not a kid from the hill country. There are literally hundreds of women waiting to take your place.”

Brad threw his hands in the air. “What happened to your sense of humor? You know I’m only joking.”

My pulse raced. I was at my breaking point. The anxiety of not knowing what was going on back home was physically and mentally exhausting. I shoved the hair back from my forehead, forgetting that I had just rolled out of bed. “Seriously, you need to go.”

Brad furrowed his trimmed eyebrows before the stone expression fell over his face like a blanket. “Fuck it. I don’t need this shit.”

After the front door slammed, I stumbled backwards and plopped down on the side of the bed. My fingers refused to function as I struggled to listen to the voicemails. The first was a hang up call. The next three were Brad, obviously irritated that he wasn’t the center of attention.