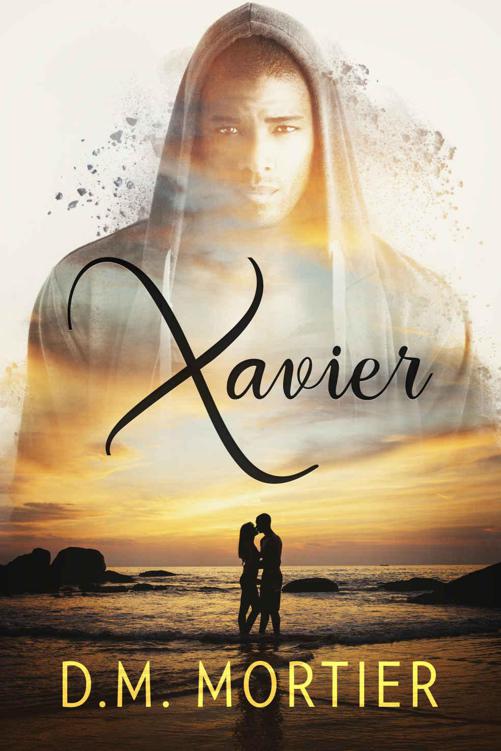 Some things in nature are impossible to explain. I have lived
my entire life hiding what I am, watching my family and friends being fatally
wounded while I escape with sometimes a scar to mark the tragedy. I know of
only one other man like me. We both use what we are to serve and protect. I
have no need now to come out of the shadows, except for the firebrand Cassandra
Kelly. She is more than a man like me deserves: beautiful, intelligent, and
funny as hell. Despite knowing that she is far out of my league, I can’t help
wanting the bliss her sweetness promises. I have to ask myself whether she will
survive when others close to me haven’t.

I’m not in her country in a professional capacity, but I have
to rely on all of my resources to keep her safe from a determined stalker. Now
that he knows that I am a part of her life he will stop at nothing to eradicate
me from the picture. Many have tried to kill me, but I appear to be
indestructible. We are under constant threat, and it will be impossible for
Cassandra to ignore what a freak of nature I am.

I don’t need or want a man in my life. I’ve got too many
things left to do, not the least of which are getting myself drafted into the
WNBA and making sure my youngest brother gets into college. No one warned me
about men like Xavier Bautista. He is the most beautiful soul I have ever
encountered. He is gentle and protective, making me feel like the most
cherished woman on the planet. Against what is best for my future, I want him,
despite the scars and despite what he considers freakish.

Now I find that I have a sadist stalking me. Why me, why now?
Xavier hasn’t admitted who he is, but one has only to look at him to know that
he’s a defender. I should be worried about the man following my every move, but
Xavier proves time and again he can be relied upon to shield me.

All rights
reserved, including the right to reproduce this book or portions thereof in any
form whatsoever. The illegal distribution of this book by any entity
(individual or corporation) will be deemed fraudulent.

Cover Design by Damonza at
www.damonza.com

The two Chinese men walked into the room with their captive
wrapped securely in a thick blanket. It might be ninety-five degrees outside,
but their prey was feeling none of the discomfort this mode of transport should
have garnered. She had been adequately drugged to not wake for at least another
half-hour. Once their boss had decided on his next bed partner, it was up to
them to deliver her to his bed. Today, they had been lucky. This one had fallen
into their laps; they had taken her from right outside her house and had
encountered no opposition.

Their boss liked the dark-skinned native women in this
territory they had only recently migrated to. The island of Nassau, Bahamas was
proving fruitful for his new passion for black beauties. The women had to be in
their teens or early twenties and were often selected from the local high
school or college campuses. With great satisfaction, the men deposited the
young college student in the bathing room where four Chinese women waited to
thoroughly wash, shave, oil, and basically prepare their boss’ bed partner for
the night.

Once the girl was dressed in a sheer nightgown, the two men
were summoned back. While they were carrying her to the master bedroom, she
opened her eyes and stared at the men in confusion. They were not worried about
her trying to get away from them. The girl would be feeling too groggy, weak, and
disoriented to offer any resistance. The drug they had used to render her
unconscious would have dried her mouth and her throat, also making her parched.

“Help me,” the girl whispered.

The men ignored her and deposited her on the oversized king
bed. As they turned to leave, another Chinese woman came forward with a drink
for their captive.

The girl eagerly accepted the refreshment and unsuspectingly
drank the drug-infused liquid.

The Chinese woman and men left the room.

The girl looked around anxiously. She was still too weak to
lift herself from the bed. Despite the air conditioning in the room, the girl’s
dark skin was soon coated with a light sheen of sweat. In an effort to gain
relief for the heat invading her body, the girl pulled at the sheer nightgown
and fanned herself. She whimpered helplessly. Nothing made her feel better.

A tall Chinese man walked into the room a few minutes later.
The girl was mesmerized by his beauty. His raven hair flowed over his shoulder
and fell in a silky curtain to the middle of his back. Long lashes, the likes
of which most women would have been envious, framed the narrow slits of his
eyes. He wore a silk robe tied loosely at the waist.

The girl licked her dry lips in distress, realizing she was
steadily getting aroused. “Where am I?” she whispered, her voice sounding husky
and sexy, foreign even to her ears.

“You are being honored tonight,” the Chinese man told her. His
accent was thick, and she could barely understand his English.

“What? Why am I here? Who are you?” the girl demanded.

The man untied the belt of his robe with one finger and let the
robe slither down his body to the floor. His body resembled a powerful panther:
lean muscles, sleek, and graceful. A vivid black and red Chinese dragon covered
the left side of his chest and shoulder. He palmed his erect cock and slowly slid
his closed fist up and down the hard length.

The girl was shocked at the burst of juices that flooded her
pussy. Suddenly she was filled with such lust she ached for this man. At
twenty-one years old, she was no virgin and had had numerous boyfriends.
However, she was very discriminating in whom she slept with, and she would have
never chosen to sleep with this man, no matter how beautiful he was. Now, here
she was writhing on this strange man’s bed, rubbing her legs together in a
useless attempt to assuage the sexual ache that was like a fever in her veins.
She ran her palm over her breast and almost jumped off the bed in shock as she
started climaxing from that simple touch.

“I don’t understand what’s happening to me,” she cried out.
“Please help me.”

“Oh I will help you, all right.” The Chinese man laughed, his
attitude cold and unyielding. “First, you have to suck my meat.” He continued slowly
toward her, holding his cock in his palm.

Now the girl had a clear glimpse of the evil in him. His
beautiful mask had slipped, and the monster beneath revealed himself.

“No, please take me home,” the girl sobbed.

“You were given a very potent Chinese aphrodisiac.” The man never
stopped stroking his cock and his deliberate strides as he approached the bed.
He grinned at her, unfazed by her distress. “It’s impossible to resist the
demands of your body.”

“Oh my God! No, please,” the girl pleaded, but her body was
screaming,
“yes please.”

The man laughed, clearly seeing through her denial. He pulled the
foreskin of his penis back and forth.

Oh my God, he’s uncircumcised!
“I have a boyfriend,” she
whimpered, desperation descending upon her as he drew closer and her body became
more and more aroused by him. Her nipples tightened to hard peaks, and desire
coiled low in her pelvis. She slid her fingers in her heat, but one touch on
her clit sent her off like a rocket. She climaxed hard, screaming her release.

A few moments later, when she had come down from the blistering
orgasm, he stood inches from her face. He had climbed on the bed and had placed
a knee on either side of her head, his hips aligned to her face. His male scent
filled her nostrils, and the fevered need consumed her again. She opened her
mouth to plead with him, but he stuffed his cock into her mouth, stopping the
sound. At first she started choking, but he slapped her on her hip.

“Aw,” she hissed. The spank had not repulsed her; it had made
her pussy gush with juices.

He gripped her thick hair and thrust himself into her mouth
repeatedly, making her take his entire length into her throat. He growled in
satisfaction as she eagerly sucked and swallowed his hard length. She wrapped
her fingers around the stiff phallus and licked and sucked him as if she was
enjoying sweet candy.

Before he could climax, he pulled his cock out of her mouth and
stood from the bed.

He opened a side table drawer, pulled out a condom pack, and,
after opening it, slid one on. He stared down at her and grinned triumphantly.

She stilled her fingers, only just realizing that she had
widened her legs and had been rubbing her clit frantically. She sobbed, tears
of shame spilling down her cheeks.

“I’m now going to fuck you like you’ve never been fucked before,”
he promised.

Her body spasmed in anticipation. The girl was no longer
surprised at her body’s eager reaction to his words.

When he finally rammed his cock into her wet pussy, she cried
out in relief. She soon found out after multiple orgasms that nothing appeased
that need in her pelvis. The girl screamed and cried out to no avail.
Throughout the night the Chinese man raped her vaginally, and then when he got
bored, he flipped her over on her stomach and raped her anally. Despite the
pain and abuse, she climaxed each time, her body betraying her in the worst
way.

He laughed mockingly when he made her explode in release, again
and again.

To her dismay, no matter how many times she climaxed, the
unbearable need persisted.

In the early hours of the morning, she saw the two men who had
abducted her enter the bedroom. Her rapist now stood to the foot of the bed,
already dressed in his robe and looked down at her in satisfaction.

The Chinese rapist was indeed pleased. These islands had been
good for hunting; they were a treasure trove of beautiful dark-skinned women.
He had been able to acquire women of cultural mixes that he had never
encountered before. They were of African, Hispanic, Asian, and European
diversity.

“Take her along to the others,” he told his men coldly. “Now we
need just one more jewel to complete my collection for the shipment to the
Middle East. She will provide an exotic change from the usual fare.”

Onyx Mafia: Insatiable - Episode 4: (Lia and Meghan) (Onyx Mafia: Insatiable Book 1) by Nova Black
A Change of Heart by Philip Gulley
Beloved Stranger by Patricia Potter
Azabache by Alberto Vázquez-Figueroa
Seaweed Under Water by Stanley Evans
Warm and Witty Side of Attila the Hun by Sackett, Jeffrey
Moonshine by Thurman, Rob
The Royal Stones of Eden (Royal Secrecies Book 1) by Rae T. Alexander
Apocalypse in the Homeland: The Adventures of John Harris by Anthony Newman
Pirate Code by Helen Hollick