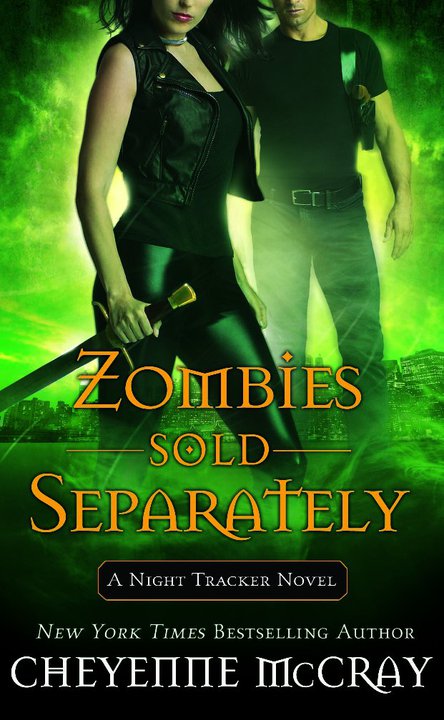 To Pops, with love from your darling dotter.

Thanks to all of my Facebook friends for helping me slay countless Zombies during Nyx’s journey.

Thank you to Kerri Waldo for your support of Brenda Novak’s sixth annual online Auction for Diabetes Research.

Dead sounds at night come from the inmost hills,
Like footsteps upon wool.

Dark Elves / Drow:
live belowground in Otherworld, never aboveground. Except for me. I’m unique—sometimes I wonder if that’s a good thing.

Demons:
not a problem. We plan to keep it that way.

Dopplers:
these beings can transform into
one
specific animal form, unlike Shifters, who can choose whatever animal form they want.

Dragons:
you think fire is hot?

Fae:
you asked for it. Don’t blame me if you get a headache—
Abatwa, Brownies, Dryads, Dwarves, Faeries, Gnomes, Goblins, Nymphs, Pixies, Sanziene, Sidhe, Sirens, Sprites, Tuatha, and Undines.

Light Elves:
can we say “Divas of the Otherworlds?”

Magi:
young, precious, omniscient female beings whom Trackers are sworn to protect and to keep hidden safely away.

Metamorphs:
can shift into human form, mirroring any human they choose to before practicing criminal activities against humans. These jerks have no redeeming qualities. None.

Necromancers:
did you have to ask? They talk to and raise the dead.

Ogres:
Kermit’s not the only one who’s green and eats flies.

Seraphim:
not your average Angels.

Shadow Shifters:
in my opinion their ability to shift into shadow form is pretty cool. But you
do not
want to tick one of them off. Do. Not. Make. Them. Mad.

Shifters:
like I said, these guys can choose any animal form they want to.

Sorcerers/Sorceresses:
never met one I liked. Come to think of it, never met one. At least I don’t think so …

Specters:
haven’t seen one and don’t plan to.

Succubae and Incubi:
avoid them. Just stay away. That’s all I have to say.

Trolls:
me, Troll. You, dinner.

Vampires:
I think I’m going to throw up.

Werewolves:
some of the good guys. Until the full moon.

Icy wind and water surged around me as my hair slapped my cheeks. Wind spun so fast, fierce, and cold that a growing storm roared with power.

Hail stung my face and arms. Rain splattered me and rolled down my cheeks and skin. Water blurred my eyesight.

Thumps on hard surfaces. Loud crashes. The sound of smashing.

An object glanced off my forehead as it spun in the storm.

Hurricane.
I was trapped in a hurricane.

So hard to breathe. Water in my nose. In my mouth.

No sound came out as I tried to scream.

Not natural at all.

It wasn’t supposed to be happening.

Because it was caused by … me.

My elemental magic. Air and water.

“Nyx!”
I shouted over the shrieking storm. I clenched my fists and dug my nails into my palms. Fought to gain control over my magic.
“Stop!”

My control over the elements had never been so fragile.

Again I screamed into the wind. Tightened my muscles.

With all I had I grasped the reins of my magic.

The storm ended like a car slamming into a concrete barrier. Things that had been spinning in the storm crashed to a hard surface, as they hit my wood flooring.

Shock immobilized me. I blinked water out of my eyes, and my surroundings came into focus. I was in my bedroom in my apartment in Manhattan.

For several moments I sat on my sodden mattress and stared at the devastation around me.

How had I lost control in my sleep? I wasn’t a child. Only younglings would do something like this without near the destruction I had just caused.

Without realizing I was doing it, I reached up and touched the collar around my neck that signified my Drow station in life. No, I was nowhere near being a youngling. I was of age by Drow standards. By Earth Otherworld standards I was fully an adult.

I looked around me. Almost everything in my room was smashed and broken. Trinkets I had purchased since I had moved from the Drow realm to New York City were cracked, broken, torn, shredded.

As a well-paid Tracker and PI, and thanks to my wealthy Drow heritage, I could replace everything that had been ruined. But I couldn’t replace the memories that accompanied a good many of the objects.

I let my hand fall away from my collar and it splashed in the water pooled around me on my mattress. I inhaled and exhaled with long, slow, deliberate breaths.

Even though Dark Elves don’t get cold easily, the storm had chilled me enough that goose bumps broke out along my skin. I shivered.

The same one I’d had countless times since I was young. The worst part of the nightmare was seeing an elder, a man with long, graying red hair in a world with lavender-streaked skies. The vision of the man made me sick.

Unlike every other time I’d had this nightmare, this time my entire being had reacted to the nightmare. It had never happened before. I’d never woken in the middle of a storm I had caused to happen.

My heartbeat slowed while my mind started to clear.

A sick sensation like thick, black sludge weighted my insides. It reminded me of just weeks ago, when I’d been sentenced to death by a Vampire. The thought had bile rising in my throat. I didn’t want to think about that. Not at all.

I moved my palms to my belly, over my soaked lingerie. I lowered my head and closed my eyes.

It had been a long time since I’d had such intense nightmares—nightmares that I barely remembered when I woke.

During most of my adolescence I’d woken up screaming, wind whipping around my room from my elemental magic. Sometimes the room would be filled with mist. Sometimes a slow, drizzling rain.

Mother would come in, rock me until I stopped crying and the rain ceased or mist cleared or wind subsided.

When I got older the nightmares came less frequently. I gained control over my elements and woke with nothing more than a sore throat from screaming.

Even though I never remembered the dreams, somehow I knew they had all been the same.

Once I came of age at twenty-five, they stopped.

I frowned and opened my eyes, blinked more wetness away as I raised my head. The nightmares started again two weeks ago. Over two years since they had stopped.

“Why now?” I said, the sound of my voice loud in my bedroom that was still, save for the sound of water dripping from the doorframes.

The sludge in my insides only worsened.

Winter sunlight slashed through the French doors and into my bedroom. I stared at the fractured pattern reflected in the sheen of water on my hardwood floor.