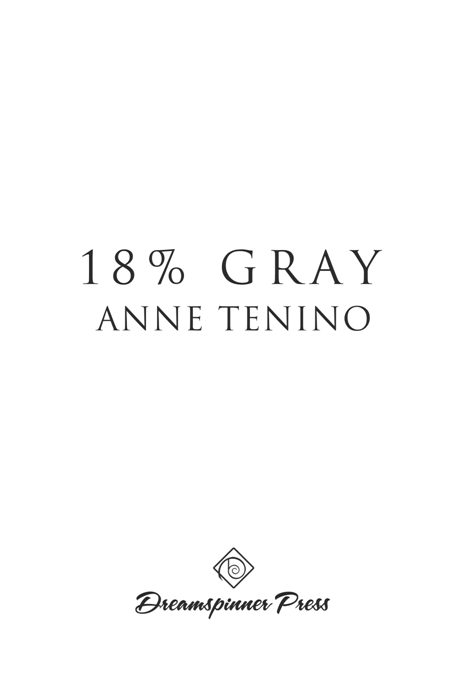 M
ATT
spent the time on his knees thinking. Oh, he
should
have been concentrating on the dick in his mouth, but he’d lost interest in it a few weeks ago. About one week after he’d started putting said dick in his mouth.

Actually, it wasn’t so much the dick in his mouth he was sick of; it was the dick attached to it.

“Dude, deep-throat me,” Steve begged in a whiny voice.

Matt had learned from recent experience that snorting in derision when you were giving a guy a blow job didn’t end well for either party. He sent Steve a scathing look.
Yeah, that’s gonna happen.

If Matt weren’t a hormonal, sex-deprived sixteen-year-old, he probably wouldn’t even be hard
.

Oblivious to Matt, Steve thrust his hips a little. Matt planted his hands on Steve’s hips and held them still against the tractor Steve was leaning on. The dumbass moaned.

Matt was
so
getting a blow job this time. No more letting Steve get away with the hand job treatment. He’d managed to convince Steve to blow him—what? Three times, maybe? And in that same period of time Matt was sure he’d given Steve… let’s see… two to three blow jobs a week—he’d call it 2.5—for five weeks was… 12.5 blow jobs.

Look, ma! He could suck cock and do math at the same time!

He should have made Steve blow him first. He sighed around Steve’s erection. Live and learn.

Fact: Matt was the only out kid in their high school. Announcing you were gay wasn’t that typical in a small town, even in a state like Oregon, where ninety-five percent of the people had joined the Blue States of America after the Split in ’56. Oregon had mostly just lost Ontario and a little of the southeastern corner in ’56 when Idaho went Red.

Fact: Statistically, Matt knew there had to be about fourteen other queer guys in his school. There were 230 kids in the whole K-through-12 school in Weimer. If about twelve percent of the population was queer, that meant there were twenty-eight gay or lesbian kids in school. Half of them were of no interest to him, having the wrong equipment and all. That left fourteen potential playmates for him. But they could be in kindergarten for all he knew.

Fact: Weimer was the largest town in the county, at just under 3,000 people, plus another couple thousand on outlying ranches. The closest school district to Weimer was 120 kilometers away, and it had fewer than one hundred kids in it.

Fact: He could forget sex with some sympathetic guy out of high school (or, you know, some elderly pervert—he was sixteen; he wasn’t that picky). Matt wouldn’t be of age for two more years, and no one would fuck with an underage kid in his family. Most of his cousins—and his mom—knew three ways to eviscerate someone with their pinky nail. Crap,
he
knew that. It was a requirement of growing up in the Kell-Viteaux clan.

Conclusion: It was going to be really fucking hard for him to get any action in this town. Like, ever.

Clearly, tactical planning was necessary. So, he’d come up with a simple two-step plan.

So when Steve came on to him one drunken night last month? Matt was so happy for another guy to touch him that he jumped at the chance. Literally. Climbed right up Steve.

So now he had a closeted boyfriend. Really, fuck-buddy was a more accurate term.

So, yay! Matt was fucking around with the quarterback of the football team, but no one
knew
it except Matt’s family (well, he hadn’t worked up to telling Dad yet, but Mom and the grampas knew). Not only could he
not
brag about his hot fuck-buddy, but the fuck-buddy had misplaced his personality to top it off.

Somehow, this wasn’t as great as he thought it would be when he had come up with the grand plan to get some action. Too bad his closeted fuck-buddy didn’t blow him more, to make up for it. And, you know, for being generally boring. But Steve was the only game in town, and they both knew it.

Steve started to make those noises he made when he was getting close, and Matt snapped back to attention. Oh, yeah. Sucking cock. Matt glanced up at Steve.

Ugh. He was too… classically handsome. Dark hair, built, tall, perfect nose. Too cliché. Of
course
the totally hot quarterback was gay! Matt closed his eyes and imagined Steve as someone else. It was the only way he was going to get this done. Matt just wasn’t capable of giving it that necessary extra little bit if he had to give it to Steve.

Matt imagined the guy he imagined every time he sucked Steve off anymore. The guy who probably wasn’t gay, but telling himself that hadn’t stopped Matt from wanting him. James Ayala. Steve’s best friend.

James didn’t go in for a lot of the high school hubris Matt saw in most jocks (exhibit A? Fucking his mouth). James had self-confidence, and he didn’t need to treat anyone like shit to make himself feel better. He never bullied or ridiculed. He was the original strong, silent type, who understood what personal integrity was before most guys had even heard of it.

And if James was a little less than classically handsome? Something about the way he was put together, and the way he moved, and the way Matt felt when James looked at him more than made up for it.

So it was James’s hard cock he was sucking right now. He could feel James’s hand in his hair, gripping it tight, almost painfully tight. Forcing him to take it. Matt shivered at the idea and sucked harder, humming a little.

Why was that fantasy a turn-on when he imagined James doing it, but if Steve did it Matt felt compelled to twist his sac?

Matt opened his eyes and started pulling off Steve. He didn’t know if he could finish if the guy was going to make
noise
and ruin his fantasy.

That’s when Matt saw the guy standing in the door of Steve’s family’s machine shed. Backlit, he was mostly a silhouette, but there was just enough interior light that Matt could make out his face.

Steve froze and then gave himself whiplash cranking his head toward the door.

“Shit,” Matt groaned, pulling his hands off Steve’s hips. He didn’t see how this could be good.

“Jesus Christ!” James spat, his face going red with anger and… was that hatred?

Then James turned and walked out.

S
TEVE
tried to get Matt to finish but Matt told him to fuck off and left, looking for James. Matt climbed on his crotch rocket, not entirely sure what he was doing but knowing he needed to talk to him. It wasn’t like they were close friends, exactly, but James had been really cool to him. They were friendly.

He found James outside his family ranch house, plugging in his own crotch rocket. Matt pulled up silently, just the gravel crunching under his wheels. He raised the shield on the rocket, apprehensive and unsure what he was going to say.

Shit. He knew James could hear him, but he kept his back to Matt. Matt figured his best approach was a brazen one. He got off the bike.

“Th’fuck?” Matt asked James, walking up behind him.

James stood up from where he’d been stowing his helmet behind the seat. “I didn’t know you were a fag,” James said coldly, not even turning around.

Matt felt like someone had kicked him in the nuts. No one said the F-word anymore. Unless they were one. Then it was okay. But otherwise? Nuh-uh.

But it was so much more than that.

“How could you not know I was queer, James?
Everyone
knows I’m queer. Somebody lased it into the bathroom wall! ‘Need your cock sucked? Call Matt Tennimore.’”

“Yeah, I saw it.” James wouldn’t look at him, disgusted. “I just thought it couldn’t be true about someone like you.”

“Whadya mean, ‘someone like me’? Someone skinny and short and kinda effeminate?” It was a measure of how upset Matt was that he called himself effeminate. Most of the time he refused to admit he
might
be.

Not that there was anything wrong with it, of course.

“No!” James finally looked at him, the same look in his eye that he’d had when he’d found Matt on his knees in front of Steve’s cock. “Someone I
liked
.” James turned and stalked off toward his front door.

“But if you
like
me….” Matt wanted to kick his own ass as soon as he opened his mouth.

James turned but just gave Matt that stony look he was so good at. He snorted in disgust. “Gimme a fucking break. You think I’m going to hang out with a faggot like you?”

“What about Steve? He’s a fag too! He still your friend?” Matt called after him.

All he got in reply was a slamming front door.

Matt waited a minute. He felt hot and cold by turns, and his fists were clenched so hard he could feel the nails bite into his palms. It wasn’t the worst treatment he’d gotten in this fucking town, but it hurt the most.