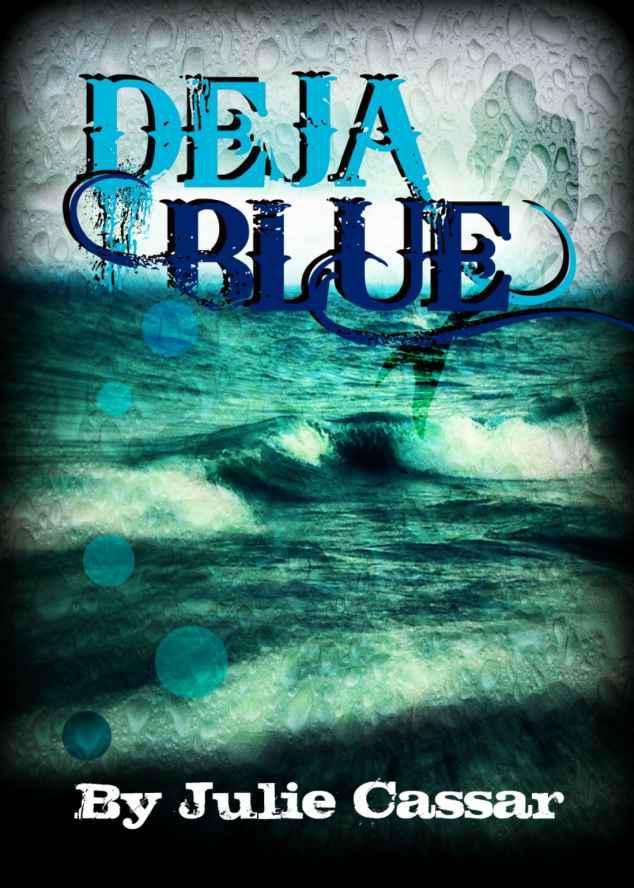 All Rights are
Reserved
. No part of this book may be used or reproduced in any manner whatsoever without written permission, except in the case of brief quotations embodied in critical articles and review.

Published in the United States of America by Julie
Cassar

This book is a work of fiction. The names, characters, places, and incidents are the products of the writer’s imagination or have been used fictitiously and are not to be construed as real. Any resemblance to persons, living or dead, actual events, locale or organizations is entirely coincidental.

Once again, I need to thank some
individuals
who were key
people
in the development of this book. First, I’ve go
t to
give credit to my soul-
sista
, Beth, who came up with the brilliant title!

And, for the record, you are the all-time slayer of dragons.
I want you at my side any time I go into battle.
To Cheryl, thank you
,
once again, for reading through every page as it was hot off the presses
.
You are, and always will be, my “Tracy.”
Dean, thank you
for shamelessly promoting me
and supporting my work
.
J.D., what wou
ld I do without your
Crit
Wall s
ession
s
?
A big
thank you for the idea
regarding
the
cell phone scene…g
ood stuff
,
brutha
! Leslie, Leslie, L
eslie
,
I have no words. (Probably because you’ve red-penned them all out!) I could not have put this book out without your
spectacular
editing skills.

A special thank you to Mary-Nancy
Moore Smith
for organizing my
awesome
fan club and to her
family for the pork chop chant…that was classic! I still giggle when I read it (or say it…or think of it!)
Lisa Blair, you ROCK! Thanks for the swimming notes!
I also have to give a special thank you to author R.A. Evans, for putting together the fabulous book trailer for “Ruby Blue.” I have no words to express my gratitude
for his unparalleled
kindness and willingness to lend his support to a new, struggling indie author. I hope that this second installment to the series meets with his approval.

Again, I would personally like to thank each and every person out there who purchased this book and have fallen in love with these characters. They have a special place in my heart and I’m glad I can share them with you.

I dedicate this book to my kids, Janie, Gracie
and Adrian. And,
finally
, I’d like
to leave you all with a quote from
the band, Journey, “
Don’t
stop
b
elie
vin
’…hold onto that
feeeelinn
’
!”

Ugh. How do I get myself into these things? I stood in my second-floor bedroom, glanced up at the slanted cove ceilings, let out a sigh, placed my hands on my hips and then directed my gaze
to
the small
,
wooden
,
locked door in my room. The hot afternoon sun
was
streaming
through my windows, intensifying the nervous heat I felt pulsing through my body. The small white door was about three feet tall, tucked into a corner of my room. It led to a dingy, dark closet built into the attic of my house that I never, ever used. My dishwater-blonde hair was pulled back in a pony-tail but wisps fell around my flushed, sweaty face
,
and I stuck my bottom lip out to blow the stray hairs out of my eyes. I stared intently at
the antique glass door
knob and nervously started to
chew
my lip as the beat of my heart thumping echoed in my ears.

“Well? Are
ya
just
gonna
stand there all day and stare at it? Or are
ya
gonna
unlock the door and see what’s inside?” Jeremy impatiently
flopped
his hands around dramatically.  Jeremy is my best friend and probably the only gay Goth 17-year-old boy in
the
small town of Lake City, Michigan
where we live.
About six feet of lankiness, Jeremy stood next to me in his blac
k jeans, black sleeveless shirt and
black Converse tennis shoes and began twisting his white wrist sweatbands aimlessly around his wrist. His dyed jet-
black hair now had purple streaks. His new boyfriend, Michael, thought they
would
look sexy. I think they look dumb.
But
,
whatever.
It’s his hair. I still love the guy. After all, we’ve been best friends since we were about five years old.

It’s the beginning of August and about 80 degrees in my tiny room upstairs in the bungalow house
where I live
. I’m Ruby Blue. I live here with my pain-in-the-ass younger brother, Leo (he’s fifteen), and my parents. And yeah, I can see fairie
s. No, I’m not being a smartass.
I mean, I literally can see fairies. In fact, my other two best friends are Anya and Brennan, who are brother and sister and whom I just found out are actually a Fa
iry Princess and Fairy Prince. (T
hey are part of the Earthen Royal Court, one of the four Royal Courts in their world of Fey
.)
I know, kind of out there, right? But I’m dead serious. I started seeing fairies when I was about five years old. Long story short, about two months ago, there was a rare astrological occurrence called a Blue Moon. During the Blue Moon, this nasty old dragon named
Sirrush
managed to sneak through the portal from the
Fairy
world of Fey and into ours. He caused a bunch of problems in my s
mall town and I managed to help Anya and Brennan
send
the crazy-ass dragon
back to Fey, but unfortunately we kind of
accidentally
killed
the
stinky, fire-breathing
beast
in the process.
Jeremy was there too, but he mostly screamed like a girl and freaked out. Oh, don’t get me wrong, he was all gung-ho
,
act
ing like Harry Potter at first…t
hen came the
screaming-like-a-
girl part. The only person who knows I can see fairies is Jeremy. He, like most people, can only see fairies when they’re
in their human form.
If they remain small and flutter around the garden, only people like me (who have the gift of Fairy Sight) can see them.  But, when they cross completely over into our world, the fairies appear to look just like humans
,
except they have a slight glow about them. Most people don’t notice it though.
Even my new boyfriend, Nick Martino, doesn’t know that I can see fairies. (We’ve been dating since the beginning of summer.) Anya and Brennan like to keep their Royal
Fairy
identities a secret. They say it’s safer for everyone that way. And really, who would believe it anyway? I’d probably end up in a nuthouse if I went around exclaiming that I can see magical winged
beings
from another realm that happen to shift into human forms and live in our world from time-to-time. Talk about crazy. They’d put me in a hug-me-all-the-time jacket and lock me up
for sure
. Jeremy found out kind of accidentally, and since he’s known Anya and Brennan almost as long as I have, they figured he was trustworthy enough to keep their secret.

“Well???” Jeremy asked again, anxiously shifting his feet back and forth as he
chewed on
his fingernails.
(Gross.)

“Alright, alright!”
I answered, with a touch of annoyance in my voice. I dug my hand into the pocket of my cutoffs and pulled out the tiny skeleton key. I straightened my slender 5’5” frame and
took a deep breath. I walked over to the door, unlocked it
,
and paused before I slowly turned the handle.

“What do you think is in there?
Have you got any clue, Miss Ruby Blue?
” Jeremy
whispered with a
nervous
, creeping closer to me as I slowly turned the glass doorknob.

“I ha
ve no idea,” I answered quietly, ignoring his lame attempt at a silly rhyme.
“Brennan put whatever it is in this attic closet a few weeks ago, locked it, and kept the key hidden from me until
last night when he left it in the garden for me
. He told me not to open the door until
this morning
when we were to get
whateverthehell
it is he stashed in here, and bring it to them. He
said
it was better that I didn’t know what it was, until today
, just in case.”

“Just in case what?” Jeremy asked.

“How the hell should I know? You know fairies and their secrets. They’re so vague all the time!”  My exasperation was obvious. Although fairies couldn’t tell lies, they were very good at not revealing the entire truth. I turned the glass knob all the way and took another deep breath before pulling the small wooden door open.

“Well
,
what about
your
special
Fairy
hearing?” Jeremy persisted while I slowly opened the door and we both leaned back. (Just in case something jumped out at us.)

I inwardly cringed with slight frustration at Jeremy’s assumption.
In addition to my ability to see fairies, I also very recently acquired the talent for actually being able to
hear
their silent thought exchanges. You see, fairies can communicate telepathically with each other
, kind of their own mind-talking language.
Yeah, that was another “super-great” thing that happened recently. (Not.) I annoyingly replied,
“It doesn’t work like that. If there’s something they don’t want me to hear, they can keep it from me. It’s like they use a different telepathic frequency. Plus, Anya and Brennan just didn’t ‘talk’ about it in front of me. It’s no different than someone whispering a secret to you in another room. I wouldn’t hear that either. I’ve already told you everything I know Jeremy. We’ve gone over this like, a zillion times!” Jeremy just shook his head. Before
we
killed the crazy-ass dragon,
Sirrush
, the stupid creature managed to bite me, and
,
with that, some of his powers kind of leaked into me. If he had lived, he would have used it against me, or taken it back. But
,
instead, he died and now I’m stuck with some of his dragon magic coursing through my veins. Anya and Brennan said that I am now forever connected to Fey. I
’m
just hoping I d
on’t
grow scales one day. Telepathic
Fairy
hearing is nuts enough. But at least it’s an invisible “gift.” Could you imagine if I had to walk around school with scales all over me? Yuck!  I suppose su
per-
Fairy
hearing wasn’t so bad
. After being bit
ten by the dragon
, I could now hear those silent exchanges between fairies.
Too bad it didn’t work on people. I wouldn’t mind knowing what my boyfriend, Nick, was actually thinking once in a while… But I suppose that could drive a person kind of crazy too. Hey, I’ve read
Twilight
! Edward Cullen was mind-boggling numbed with the inane chatter that went on inside people’s heads. There I go again…letting my mind wander. I shook my head at my own distracting thoughts and tried to focus my attention to the task at hand. My heart began beating faster in anticipation of what we were about to see in the closet as the sweat trickled down my forehead.