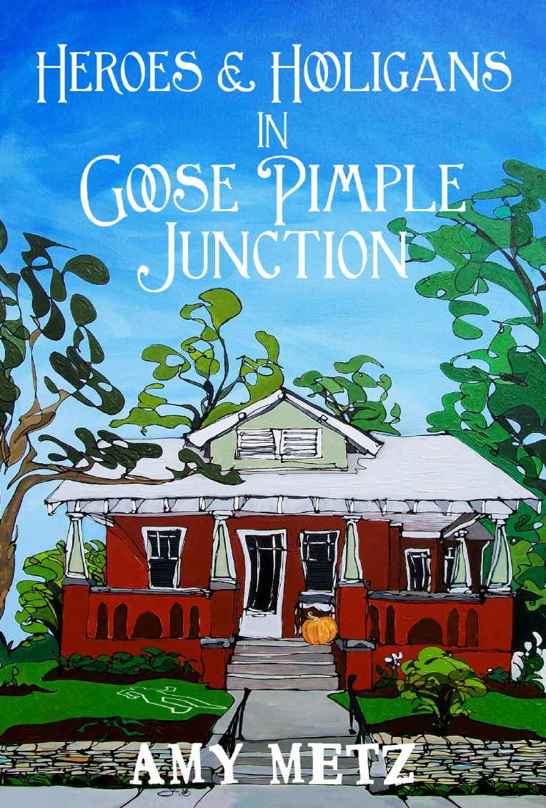 To Jake, Michael, and Liz: my heroes.

R
ay moved like a bee-stung stallion. As soon as the jogger’s footsteps passed him in his hiding place behind a large crepe myrtle bush, he pounced, jumping the man and pulling a plastic bag over his mark’s head. He held it securely and tightly with his right hand and controlled the man with his left arm that wound around in front of the man in a vice grip. They struggled, but Ray held on. Mark pulled loose from Ray’s left arm, and with the bag still tight over the man’s face, Ray punched him with his left hand in three quick jabs. Blood exploded inside the bag, as Mark fell to the ground. But Ray held the bag firmly in his hand and went down with him. Two more jabs caused the man’s head to hit the pavement like a ping-pong ball.

And then he was still.

Ray straddled him, looking down at his former friend as he twisted the bag tighter and tighter, making sure no oxygen was reaching the man’s lungs.

With his adrenaline pumping, he’d hardly noticed the ninety percent humidity. Now that the heat of the moment was over, so to speak, he realized sweat emanated from every pore of his body. It was only seven o’clock in the morning, but the air blanketed him with wet stickiness. Recalling an episode of
World’s Stupidest Criminals
where they nailed the killer over DNA from his sweat, Ray decided he’d better rid the man of his clothes. He lifted his nose and breathed deeply. There was a smell a rain in the air, and he figured the impending storm would wash away any other evidence on the naked body.

Wiping his face with the side of his arm, he tried to catch his breath. He’d waited for Mark for over an hour. Not his real name, but Ray’s secret nickname for his friend ever since “Mark” had nicknamed him “Ray.” Smiling bitterly to himself, he remembered the man once telling him that aliens must have zapped him with a stupidity ray.

“Heck, they turned you into a stupidity ray,” Mark had said. That comment had turned his friend into a mark.

Marry in haste, repent in leisure.

L
enny drove to his neighborhood bar with the windows wide open and Johnny Cash blaring on the radio, but he was oblivious to both. He was thinking about the phone conversation he’d just had with his ten-year-old daughter Carrie. It made him crazy the way her mother’s family called her “Butterbean.”
What kind of a name was that for a child?
But today he was crazy for a whole new reason. Jealousy and anger tore through him faster than small-town gossip. His daughter had spilled everything, and just when he thought he’d finally gotten a break, she said, “Mama kinda had a boyfriend but not anymore.” And: “Mama was kidnapped, but she’s back now.”

He pulled into the parking lot of the bar thinking,
Boyfriend? We literally aren’t even divorced yet and she had a boyfriend?
He pounded his fist against the steering wheel. He knew she’d been cheating on him. And now she’d done it right in front of their daughter. No doubt about it, he was going to have to do something about this Martha Maye situation.

Pulling into a primo spot at the front door, he looked up at the old rusty sign that had been over the entrance for years:
TEETOTALERS AIN’T WELCOME HERE.
He winced at the loud screech announcing his car door opening, followed by the same screech when he slammed it shut. He glanced around the parking lot and saw the same cars that were there every night. His feet crunched on the gravel as he walked, and he remembered waking up three months earlier and slowly realizing his wife and daughter weren’t there.

The familiar bacon and coffee smells were gone. Cartoons weren’t blaring on the TV. His wife’s clothes were missing, along with his daughter’s, her teddy bear, and her dolls. The bookshelves were dotted with bare spots where Martha Maye’s favorite knickknacks and paddywhacks had been. And then he saw the note on the kitchen table that said she was divorcing him and that he shouldn’t try to find them. The realization that she’d left him in the middle of the night and taken their daughter seared through him like a red-hot poker.

He's Just A Friend by Mary B. Morrison
Princess for Hire by Lindsey Leavitt
sex bots 04 - one night steined by daisy harris
The Ear, the Eye and the Arm by Farmer, Nancy
Gold Diggers by Tasmina Perry
The Marriage Bed by Stephanie Mittman
Tabitha by Vikki Kestell
Pages of the Past (Bellingwood Book 9) by Muir, Diane Greenwood
Imaginary Enemy by Julie Gonzalez
My Masters' Nightmare Season 1, Episode 7 Connections by Marita A. Hansen