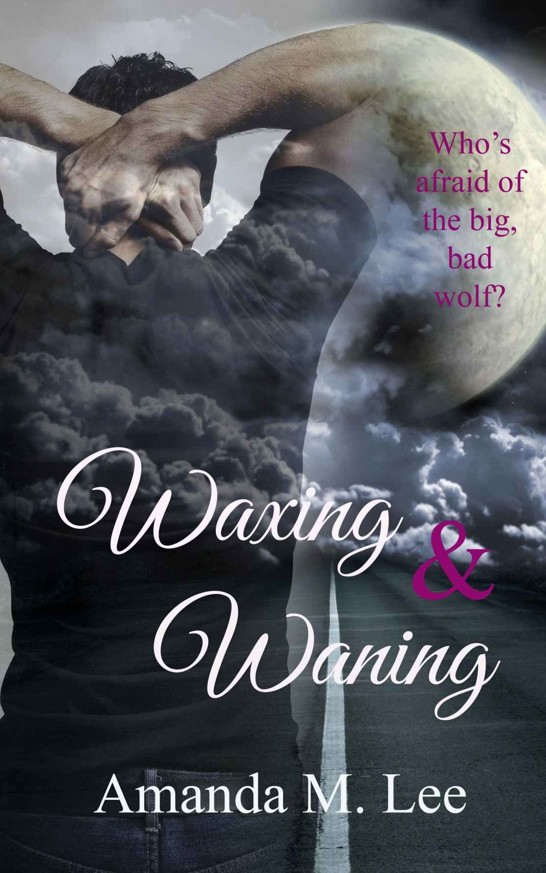 “I can’t believe you don’t want to go out tonight. It’s your last night here.”

I glanced up from the counter I was washing to find my friend, Jen, watching me with disappointed brown eyes. “I know. I just have a lot to do,” I explained. “I have to leave early tomorrow.”

“Noon?” Jen practically squealed. “You’re definitely going out tonight. I don’t want to hear any complaints. We’re going out, and we’re having fun.”

“Oh, he’s so in love with you, he’ll agree to anything you want,” Jen protested. “Come on. I won’t get to see you again until next summer. He’s going back to school with you.”

Love was an odd term, one I was pretty sure didn’t apply to Rafael’s feelings where I was concerned. He’d been by my side for the majority of the summer, ever present, and ever enigmatic. He’d listened to me complain, stepped back when I felt the urge to cry, and intervened whenever he felt like I was walking into danger.

His presence was … comforting. It wasn’t love, though. Whether it could be down the road, well, that was another story.

Jen worried her bottom lip with her teeth, hoisting herself up onto the counter behind the bar. “You never told me what happened with Aric.”

“Not that I don’t like Rafael – and I do – it’s just that you seemed so much happier with Aric,” Jen pressed.

Had I been happier with Aric? Was Aric the one causing my crisis of faith this summer? Or, and this was far more likely, had I just traded in one headache for another?

My name is Zoe Lake, and in addition to being a summer bartender, I’m also massively confused. I mean someone-should-commit-me-because-I’m-about-to-blow confused.

Most of my life, I’ve been a normal girl. You know the type. I have blonde, shoulder-length hair, blue eyes, a passable figure, and an insanely sarcastic wit. You know? Normal. I don’t feel normal anymore. I feel like I’ve been displaced from my life.

It all started when I embarked on my freshman year at Covenant College two years ago. I found out – pretty quickly – that I was anything but normal. In fact, if you listen to the bevy of people at the college, I’m something special. A magical mage with the power to … heck, who knows what powers I have. I certainly don’t know, and those who seem to have an idea aren’t sharing their knowledge.

In addition to finding out I have magical powers, I’ve also discovered that beings – werewolves, vampires, witches, sphinxes (basically anything you can think of) – are also real. I’m not joking and, yeah, I’m still trying to wrap my mind around it.

All of that came to a head this past spring when my roommate, Laura, turned out to be an evil super witch bent on stealing my power – and my werewolf boyfriend, Aric, betrayed me.

Most college kids don’t want to come home for the summer, but I couldn’t wait. Even though my hometown is crawling with werewolves – something I didn’t know about until recently – the idea of being away from the college campus of doom and gloom was a relief.

Sure, a vampire followed me home – and Jen was under the mistaken impression that he was my new boyfriend – but the summer had been … quiet. I needed quiet after Laura’s death, which had come at my hands. I was hoping for one more night of quiet before heading back to Covenant College. That didn’t look like it was going to be in the cards.

“What did you have in mind?” I asked, sighing in resignation.

“I thought we could just go out to the eighteenth green of the golf course and have a party,” Jen said.

The bar we were working at was situated on a golf course – which meant employment there was seasonal and perfect for a college student. It boasted golf in the summer and skiing in the winter. At the beginning of the summer, Jen had surprised a group of us with the ambulance codes to get behind the private homeowners’ gate. We’d been using it for the past three months to sneak down to the eighteenth green of the golf course and party.

SHORTLY
after 10 p.m., the eighteenth green was rocking, and Rafael was at his limit.

“How can you hang out with these … people?”

I glanced at him, his handsome face illuminated in the moonlight. His hair was long, brushing the top of his shoulders, and black. His features were angular and tan. Even though I pointed out vampires were supposed to be pale, he’d informed me that skin color was determined by how you looked when you were turned – not blood flow. I figured he knew more about it than me, so I let it go.

There were about forty people milling about the green, most of them individuals I’d met working at the resort. Some worked at the bar with Jen and me. Others were cart kids (the boys who handled the golf carts), maid staff, and finally, even the bellboys had come out to play. The only one I’d formed a close friendship with was Jen.

“You’re awfully judgmental,” I said. Rafael’s temperament vacillates from placid to annoyed at the drop of a hat. If I didn’t know better, I’d think he had constant PMS.

“These people are beneath you,” Rafael said.

“These people are normal,” I replied, keeping my voice low. “They’re acting exactly how I should be acting. You know, having fun and playing around. That’s how normal people are.”

“I heard what you did,” Rafael said. “You protected yourself and, in the process, made sure that no one would attack you again. I consider that a win.”

I didn’t. “I protected myself by killing Laura,” I hissed, glancing around to make sure no one was within earshot. “That’s not a win.”

“She was going to kill you,” Rafael said, irritation flitting across his face. This was an old conversation, and neither of us was going to budge on our position. “I get so tired of you pretending that you made the wrong decision. You would be dead otherwise.”

I took a sip of my beer, tipping my head up so I could gaze at the crescent moon. “You’re kind of a mother hen sometimes,” I said, trying to ease the tension.

“I’m just looking out for you.”

“The last person who claimed to be looking out for me was lying to me.” The words sounded bitter, even to my own ears.

“Is that what all this summer melancholy has been about? The wolf?”

Vampires and werewolves don’t get along under the best of circumstances. While Aric and Rafael had been thrown into the same orbit a time or two – even saving one another on occasion – they were hardly close.

Rafael sighed, reaching over to brush a strand of my hair out of my face. “It means you’re depressed.”

“You don’t smile,” Rafael said. “You used to smile all the time. Sure, you were probably making fun of someone else at the time, but you
did
smile.”

“Yeah, you look happy,” Rafael said. “You look so happy you might cry in an instant.”

“I’m not going to cry.” That was the truth. I couldn’t muster tears for this situation – not anymore. I’d cried buckets of tears after Laura’s death. There wouldn’t be more.

Rafael ran his hand through his hair, weariness on his face. “Are you nervous about returning to school tomorrow?”

“I would understand if you were,” Rafael said. “It’s bound to be nerve-wracking. You’ll be living in a house instead of the dorms, so that will be better.”

Rafael tried again. “You’ll have new roommates, right? You must be excited about that.”

“I’m really thrilled about that,” I said, my tone sarcastic. “I wonder which one of them will try to kill me this year.”

Rafael mulled over my words. “I hadn’t really looked at it that way. What do you know about your new roommates?”

Rafael raised his eyebrows. “Are you joking? Sometimes I can’t tell.”

“You can’t have it both ways,” I said. “I’m either depressed or I’m excited. Pick one and stick with it.”

“You are beyond frustrating.”

“Tell me something I don’t know.”

Rafael slipped his arm over my shoulder. Unlike the warmth associated with Aric’s body, Rafael’s was colder. It wasn’t his fault, but I was still getting used to it. “You may not believe this, but I’m trying to help you.”

“I thought you said
I
was my best shot at keeping safe?”

Rafael frowned. “I hate it when you use my words to win an argument with me.”

I rolled my neck, the crack audible as I straightened. “Can we talk about something else tonight?”

“This is not my idea of a party,” Rafael said. “This is people joining together in some absurd mating ritual on a golf course.”

“It’s no different than the parties we go to at school,” I said. “I’ve seen you at parties. That’s where we met, in case you need a refresher.”

“I remember,” Rafael said. “That was the night I realized you were something more than a pretty college girl to drink from.”

I froze. “You were going to drink from me?”

“You wouldn’t have remembered,” Rafael said. “I would have glamoured you to make you forget.”

“And how does that work?”

“If I look into someone’s eyes, I can mesmerize them into believing whatever I tell them,” he said.

“You need to stop equating everything with television and movies,” Rafael said. “They don’t tell you the truth.”

“Well, that’s exactly what they do on
True Blood
,” I countered. “So they’re obviously telling me some stuff that’s right.”

“That is the show with all of the naked people fornicating that you made me watch on Sunday nights, right? The one where vampires explode into big piles of blood and goo?”

“That show was … beyond stupid.”

“You still watched it.”

“Everyone got naked,” Rafael replied. “It was hard to look away.”

“Fine,” I said, blowing out a sigh. “You were about to tell me why you didn’t drink my blood – and that’s still gross, by the way, don’t ever try and do it again – the first night we met.”

“You can’t be glamoured.”

“Is that why you invaded my personal space and were so … intense?”

“Huh. I always wondered about that,” I said. “I just thought you had issues with personal space.”

Rafael barked out a laugh. He often smirked, but actual laughter was a rarity. “I guess, if you didn’t realize what was going on, that I came off as a bit of a … .”

“I was going to say oddball, but loon fits.”

“Hey, Zoe,” Jen called from a few feet away. “Come over and party with me. This is our last night.”

I exchanged a look with Rafael. “You don’t have to stay. I can find a way home.”

“I will see you get home,” he said. “Then I will leave tonight to return to the campus. I will catch up with you there after dark tomorrow.”

“Okay.” I turned toward Jen, pausing. “Thank you for spending your summer up here. It probably wasn’t your idea of fun but … I appreciate it.”

I didn’t tell him how badly I wanted the “real world” to just disappear.

My Mistake (Stories of Serendipity #7) by Conley, Anne
Robin McKinley by Chalice
One Word From You: A Pride and Prejudice Adaptation by Natalie Penna
Dead on Arrival by Anne Rooney
Darkness Of Truth (An FBI/Romance Thriller~ Book 6) by Kelley, Morgan
Wildfire by Cathie Linz
The Dom with the Dragon Tattoo [Masters of Submission 5] (Siren Publishing Everlasting Classic) by Jan Bowles
Recovery: V Plague Book 8 by Dirk Patton
Rock Bottom (Bullet) by Jamison, Jade C.
No Romance Required by Cari Quinn