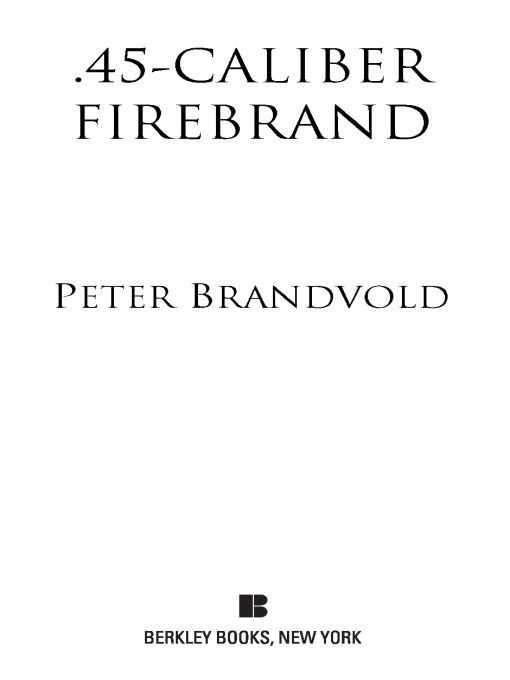 Table of Contents
Title Page
Copyright Page
Dedication
Â
Chapter 1
Chapter 2
Chapter 3
Chapter 4
Chapter 5
Chapter 6
Chapter 7
Chapter 8
Chapter 9
Chapter 10
Chapter 11
Chapter 12
Chapter 13
Chapter 14
Chapter 15
Chapter 16
Chapter 17
Chapter 18
Chapter 19
Chapter 20
Chapter 21
Chapter 22
Chapter 23
Chapter 24
Chapter 25
Chapter 26
Â
Cuno's New Mission
The rancher turned to him slowly, his gray eyes glassy. Suddenly, he blinked, and recognition returned to his gaze. He removed his pipe from his teeth, knocked the dottle onto the wide-boarded floor, and lifted the coffee mug from the table.
“What would you say to hitchin' up one of your wagons and getting my daughter and the Lassiter kids the hell out of here?”
“Out of here?” Cuno almost laughed. The man really was crazier than a tree full of owls. “You're hemmed in by Indians on three sides, might even be some behind the house. Even if you aren't totally surrounded, in case you haven't checked recently, you've got one hell of a high granite ridge behind you. The only way outta here is to fly, and my wagons haven't sprouted any wings.”
PRAISE FOR PETER BRANDVOLD AND HIS NOVELS:
“Brandvold creates a fast-paced, action-packed novel.”
âJames Reasoner
Â
“Action-packed . . . for fans of traditional Westerns.”
â
Booklist
Â
“Recommended to anyone who loves the West as I do.”
âJack Ballas
Â
“A writer to watch.”
âJory Sherman, author of
The Savage Curse
Â
“A natural born storyteller who knows the West.”
âBill Brooks, author of
Vengeance Trail
Berkley titles by Peter Brandvold
The .45-Caliber Series
.45-CALIBER FIREBRAND
.45-CALIBER WIDOW MAKER
.45-CALIBER DEATHTRAP
.45-CALIBER MANHUNT
.45-CALIBER FURY
.45-CALIBER REVENGE
Â
The Sheriff Ben Stillman Series
HELL ON WHEELS
ONCE LATE WITH A .38
ONCE UPON A DEAD MAN
ONCE A RENEGADE
ONCE HELL FREEZES OVER
ONCE A LAWMAN
ONCE MORE WITH A .44
ONCE A MARSHAL
Â
Â
The Rogue Lawman Series
BULLETS OVER BEDLAM
COLD CORPSE, HOT TRAIL
DEADLY PREY
ROGUE LAWMAN
Â
The Bounty Hunter Lou Prophet Series
THE GRAVES AT SEVEN DEVILS
THE DEVIL'S LAIR
STARING DOWN THE DEVIL
THE DEVIL GETS HIS DUE
RIDING WITH THE DEVIL'S MISTRESS
DEALT THE DEVIL'S HAND
THE DEVIL AND LOU PROPHET
Â
Other titles
BLOOD MOUNTAIN 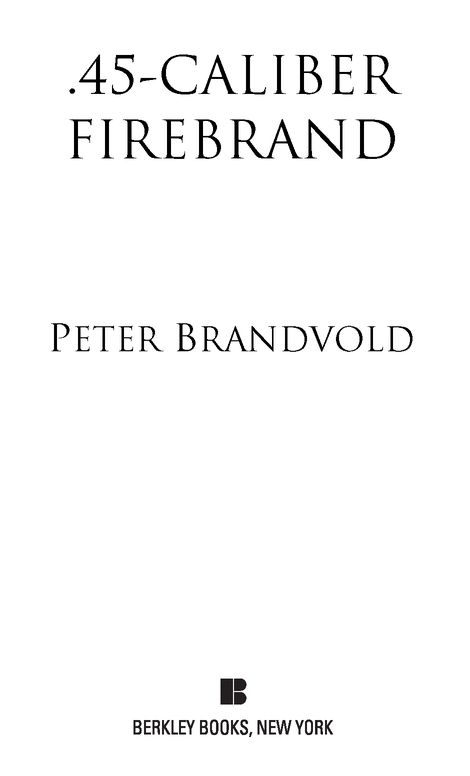 Marissa Day by The Surrender of Lady Jane
Peacemaker by C. J. Cherryh
Dirty Chick by Antonia Murphy
Stalked For Love by Royale, KC
The Empire Stone by Chris Bunch
Dead Ringer by Ken Douglas
The Golden Leg by Dale Jarvis
Scarlet Heat (Born to Darkness) by Anderson, Evangeline
The Most to Lose by Laura Landon
A Killing in the Hills by Julia Keller