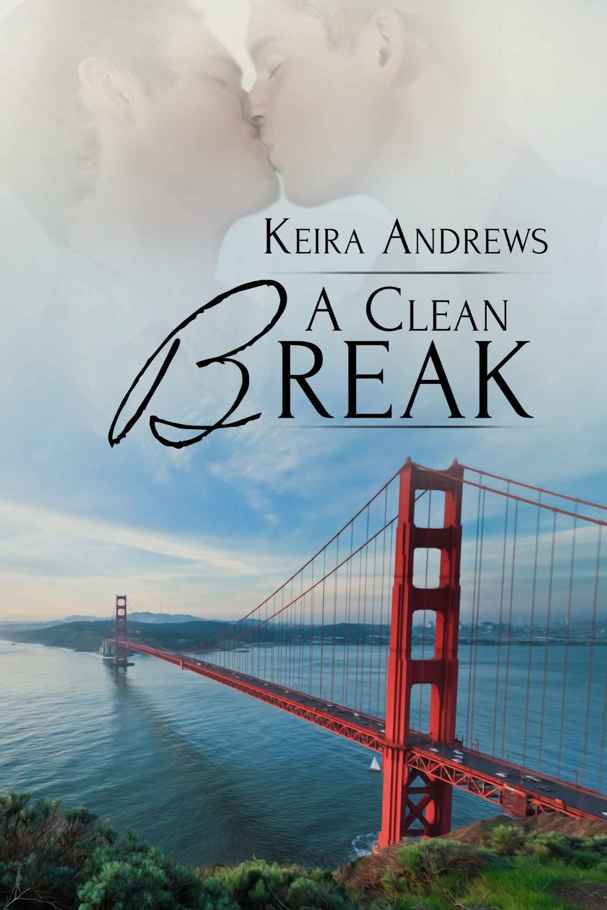 About A Clean Break

They’ve escaped to the outside world—but can they really be free?

David and Isaac have found happiness in each other’s arms. In faraway San Francisco, Isaac’s brother Aaron helps them explore confusing “English” life and move beyond the looming shadow of their Amish roots. For the first time, David and Isaac can be openly gay, yet they struggle to reconcile their sexuality with their faith. At least they don’t have to hide their relationship, which should make everything easier. Right?

But while Isaac thrives at school and makes new friends, David wrestles to come to terms with the reality of the outside world. Haunted by guilt at leaving his mother and sisters behind in Zebulon, he’s overwhelmed by the hustle and bustle of the city as he works to get his carpentry business off the ground.

While David and Isaac finally sleep side by side each night, fear and insecurity could drive them miles apart.

This is the second chapter in a trilogy of forbidden Amish love. 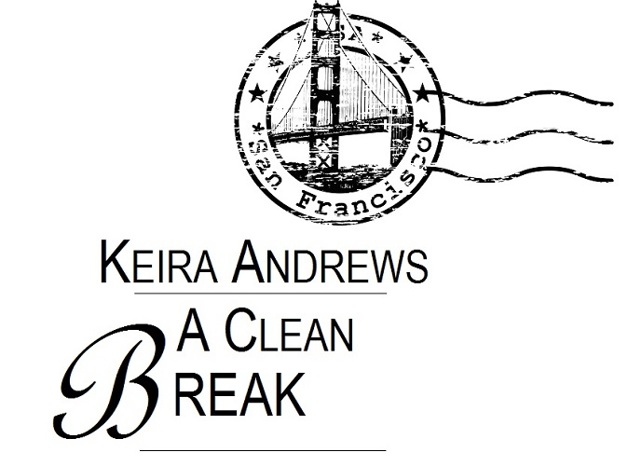 Keira’s monthly newsletter will keep you up to date on her latest releases and news from the world of M/M romance. You’ll also get access to exclusive content, free reads and much more. Join the mailing list today and you’re automatically entered into her monthly giveaway.

To Anne-Marie, Becky, and Mary for their cheerleading and excellent beta work, and to Lisa and Aimee for their Filipino expertise. And especially to Rachel for whipping this book into the shape it needed to be—and for doing it with love, as always. Thanks again to the ex-Amish who have shared their stories and answered my many questions while writing this series, and to Heidi Cullinan for freaking out about A Forbidden Rumspringa on Twitter and introducing Isaac and David to so many new readers.

The most surprising thing I learned while researching this series was how much variation exists in the Amish world. My settlement of Zebulon is fictional, but is based upon the practices of the Swartzentruber Amish, one of the most conservative subgroups of the Old Order. I discovered that even among the Swartzentrubers, each community has its own rules. Something that may be true of one Amish settlement might not be true of another. 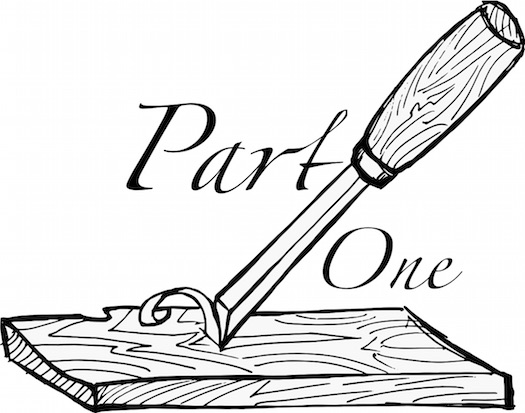 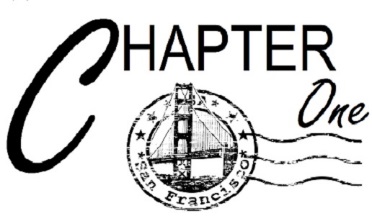 The world was waking.

A bird chirping beyond the window was the only familiar sound David could pick out amid the hum of engines and the distant tolling of a bell. His stomach fluttered as he opened his eyes and realized it was still true—Isaac was with him in the plush guest bed in San Francisco.
San Francisco!

From David’s spot stretched out on his back, he could glimpse himself beyond Isaac in the mirrored closet doors, full length, and ever-so vain. In the reflection he could see Isaac’s face, slack with lips parted as he breathed deeply on his side, the thick quilt-like blanket pulled high over his bare shoulders. David barely resisted the urge to caress Isaac’s mussed sandy hair.

They’d started out in each other’s arms, naked and damp from a quick shower. David wondered if he could draw Isaac near again without waking him. Probably not, and Isaac needed to rest. Still, he ghosted his hand over Isaac’s head.

It hadn’t been a dream. They’d really done it. They’d left Zebulon behind.

Here in Aaron’s house, it was so deliciously warm. David had always woken after midnight in winters to stoke the wood-burning stove downstairs. He hated sleeping with socks, and he’d hopped around on the icy floors in the darkness, shoving more wood into the maw of the stove and welcoming the sparks that nipped his toes.

As more gray light squeezed between the slats of the blinds covering the window above the bed, David stared at a huge black and white photograph of the Golden Gate Bridge hanging over a sleek black dresser. The picture’s silver frame gleamed.

The bed itself was what the English called queen sized, and the mattress felt as though it was five feet thick. David wasn’t sure he’d ever experienced anything quite so comfortable. They didn’t have any chairs or seats with cushioning in Zebulon, yet here even the headboard was padded.

Excitement thrummed in David with each beat of his heart. He was all the way in
California
! It was a place he’d seen in the movies on his secret trips to the drive-in. He wondered if they might visit the bridge, and he knew Isaac would want to go to the water. They’d actually made it to
the ocean
. After all his hopeless dreaming and despair, they’d really done it.

In the end he and Isaac had run with nothing more than the clothes on their backs. A hiss echoed in his mind, reminding him that he’d run away from more than the church. He’d left Mother and the girls alone. Sweet Mary, and Anna, and Sarah, and—

For a minute, David could only concentrate on breathing in and out as the swell of panic receded. Beside him, Isaac murmured and stirred before settling back into sleep, still curled away on his side. David listened to the lullaby of Isaac’s inhalations and exhalations.

On bus after bus from Minnesota to California, he and Isaac had sat with shoulders and knees pressed close, their fingers threaded together as the miles ticked by. Flat expanses had given way to hills and mountains, and then the desert. Never had David seen for himself just how vast the world truly was, and America was only a small part of it.

Time had lost meaning, and he imagined it might be what purgatory was like. They’d watched the land go by through dingy glass, only stopping in bus stations choked with exhaust and rumbling engines. In the darkness of long nights broken by only the harsh glare of the station lights, David had felt like they might never get to San Francisco. It all seemed like some kind of dream. But now they were here. It was
real
.

Isaac snorted and rolled toward him before falling quiet again, his lips still parted. With a smile, David folded his hands behind his head and watched. He wanted to trace the freckles that danced across Isaac’s nose and the tops of his cheeks, and kiss the corners of his eyelids to feel the flutter of his pretty lashes. Rub against the stubble on his face as their lips met, and see the amber of Isaac’s eyes as they opened.

David glanced at the electric clock with glowing red numbers on the table beside him. It was after seven, but they hadn’t been sleeping long. As much as David wanted Isaac against him, to simply have the freedom to watch him sleep was more than he’d thought possible. The only other time they’d shared a bed, there was no time for rest.

Quick as a snakebite, the familiar guilt returned, images of that day spilling through his mind
. Scratchy sheets and yellow blankets at the Wildwood Inn, he and Isaac sweaty and sticky in their own world. The blinding white of the snow, and the crimson blood. The gray hospital, and—

He squeezed his eyes shut. No matter what anyone might say, the accident was his fault. If he’d resisted the selfish need to sneak away with Isaac, his mother would never have been hurt. Even if he gave her all his savings for the hospital bill, how would she and the girls get by on their own?

It had been three days now. He tried to imagine what they were doing right that moment. Were they going on like usual with washing and cooking and cleaning? What if Mary or Anna needed help with the sticky latch on the icehouse door? What of the barn work, and the horses? Kaffi could be a handful early in the mornings when he was grumpy and stubborn.

David thought of the inadequate note he’d scrawled over a scrap of paper on the kitchen table.

Isaac and I are going into the world. I will write soon, and please tell his parents he will too. June Baker has money for you. Kaffi is there. I am sorry.

Lost and Found by Elle Casey
Holy Frigging Matrimony - A Tangled Series Short Story (The Tangled Series) by Chase, Emma
Immoral Certainty by Robert K. Tanenbaum
Un gran chico by Nick Hornby
A Postillion Struck by Lightning by Dirk Bogarde
How to Save a Life by Amber Nation
Nightingale Songs by Strantzas, Simon
Code Name Cassandra by Meg Cabot
Brotherhood of the Wolf by David Farland
The Warlord's Domain by Morwood, Peter