Read A Far Away Home Online

A Far Away Home 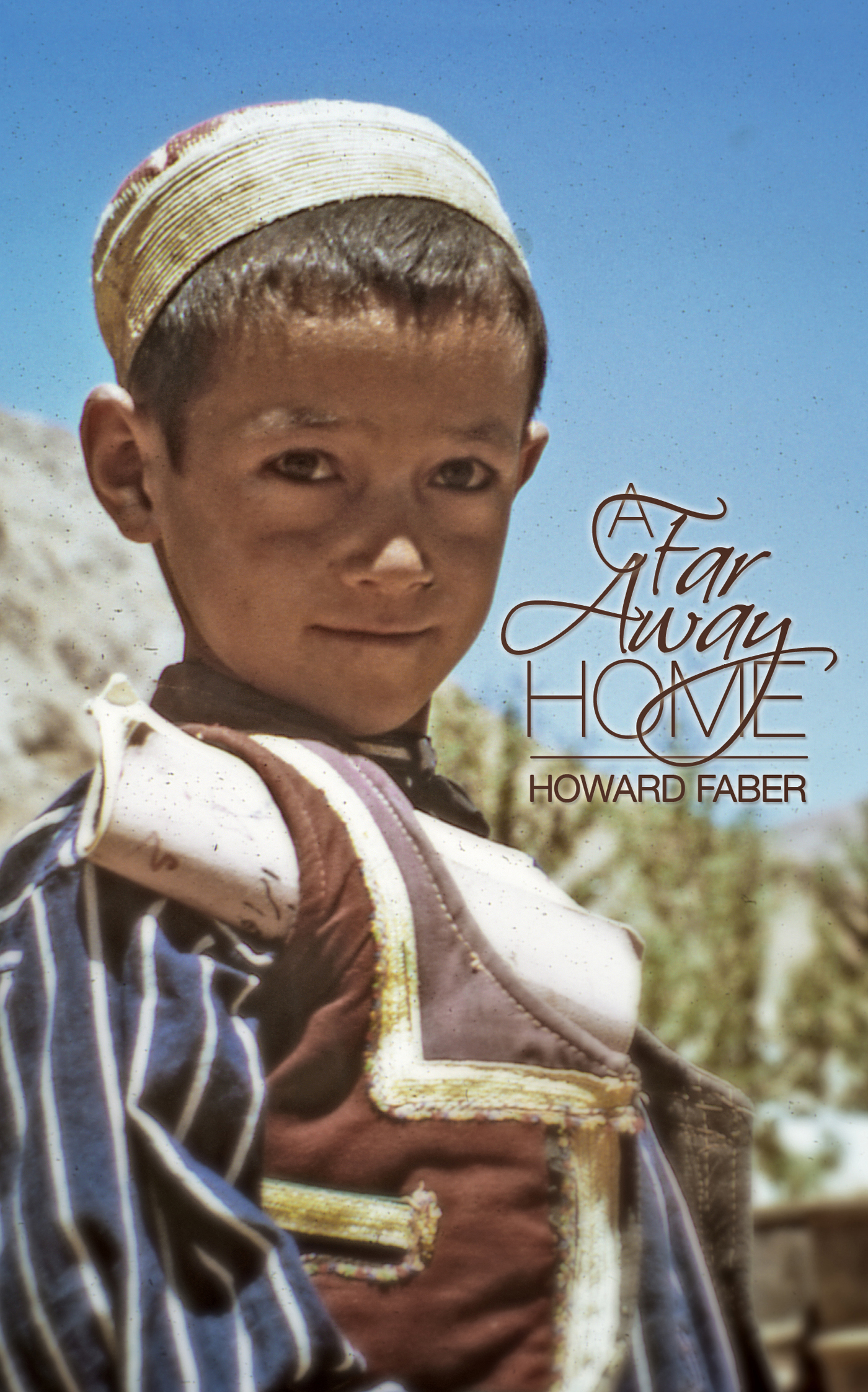 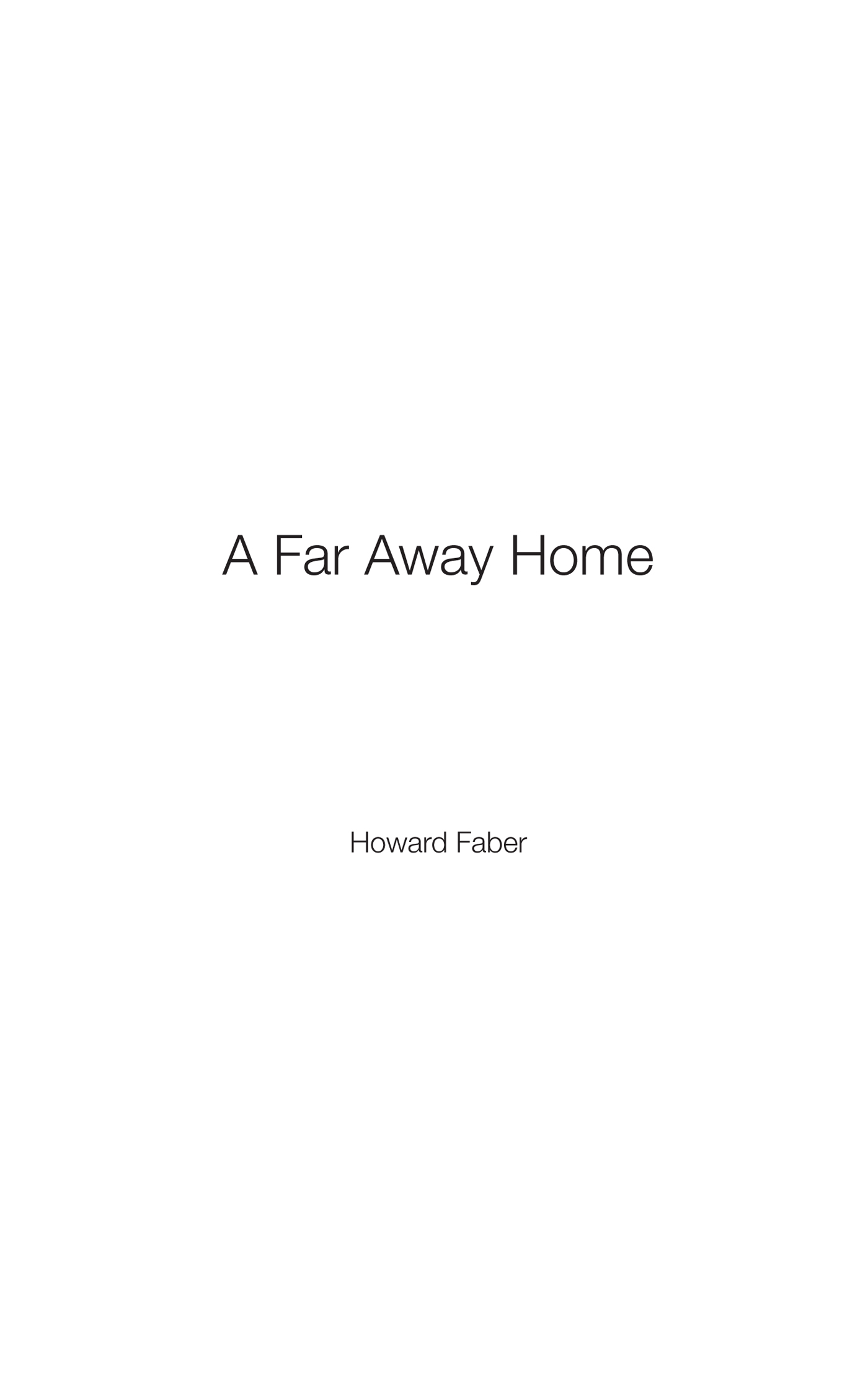 All rights reserved. No part of this book may be reproduced or transmitted in any
form or by any means, electronic or mechanical, including photocopying, recording,
or by any information storage and retrieval system, without permission in writing
from publisher.

(An imprint of Boutique of Quality Books Publishing Company)

A Boy With a Bent Knee

An Airfield and a Hospital

Ali Leaves for Iran and Starts a Family

The Taliban Are Coming

Escape From the Taliban

Americans in Afghanistan and Ali Brings His Family Back Home

A Time to Grow

A Boy With a Bent Knee

Shireen waited so patiently. Her mother and father had told her she would be a big
sister. She waited a long time for this to happen. She was almost old enough to go
to school. “Next year,” her mother said almost every day, “there will be a school
for girls. We'll go to the school and you will be in first grade.” 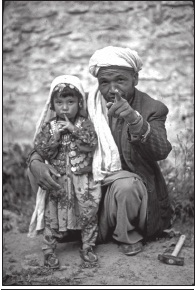 Her friends had brothers and sisters. She sometimes helped them take care of their
brothers and sisters, so she knew what to do to be a big sister. It made her feel
important and proud to think she would soon be one. She didn't care if she had a
brother or sister. “A sister might be nice. I know all about being a little girl,”
she thought, “but a brother might be just as nice. He could grow up to be a pilot.”
So, she was ready for this baby, whether it was a girl or boy.

“Shireen, come meet your little brother.” Her dad was shaking her to wake her, because
she had fallen asleep waiting. She went in with her dad to see him. He was asleep
with her mom in her parents' bed. Her dad told her she was born there, too, and her
first days were in this bed. Her aunts and her grandma were sitting on the cushions
next to the bed. “His name is Ali,” her dad told her. “You can wake him up and tell
him your name.”

He was pretty little, smaller than she imagined. He had dark hair like her, and she
thought he looked like her. She took his tiny finger and put it around her finger.
She lifted it up, and he opened his eyes.

“Salaam Ali. I'm Shireen. I'm your big sister.” He looked at her and smiled. “Dad,
he smiled at me. Did you see? He likes me. He knows I'm his big sister.”

Her family laughed. “You will be the best big sister.” It
was her grandma, Bibi Jan.
She was her dad's mother, and she lived with them. Her grandpa, Bibi Jan's husband,
died two years ago, and she remembered him a little. He always gave her candy and
lifted her up high. She thought her family was the best ever. 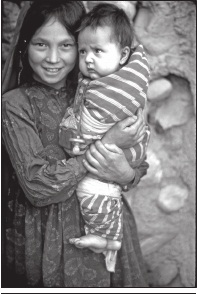 As it turned out, Shireen would be the best big sister. She first heard it from her
friends. She was telling them how cute and smart her little brother was. They looked
at her in a strange way, like didn't she know? They weren't mean, but they said everyone
was talking about her little brother, and how sad it was that he couldn't ever walk.
Shireen straightened up. She was his big sister, and she would defend him. “Yes he
will. He will walk and run, faster than any of you!”

Like all little girls the world over do when they have an
important question, she
ran home to ask her mom or dad or grandma what her friends meant, why couldn't Ali
ever walk? He was only six months old, so of course he couldn't walk. Like all the
other babies in Sharidure, he was mostly kept bound to a board so he didn't get hurt.
How could he walk?

When she got home she asked, “Mom, what do they mean? Why won't he be able to walk?”
She started crying.

Her mom gently said, “Shireen, they know about his left leg, so they think he won't
be able to walk. I think he will, if we just help him.” Her mom walked over to where
Ali was propped up in his bound up board. She began to unwind him. “I'll show you.”
When she got him all unwound, Shireen looked carefully at his legs. They both were
moving. They both were bent. They looked the same. Then Ali straightened out his
right leg, but his left leg stayed bent. Her mom told her then, “Ali doesn't seem
able to straighten his left leg.”

Shireen stayed quiet for a while and watched her little brother. She asked her mom
if she could touch his leg. “Of course,” her mom answered, “and it doesn't hurt him.
I've gently tried to move it. It can bend more, but it won't
straighten out.”

Shireen reached out to touch Ali's little legs. First, she moved his right leg. It
bent and straightened. Then, she carefully moved his left leg. It bent just fine
but would only bend back part way. She was afraid to try to straighten it more. It
didn't seem to hurt Ali. “Mom, it's all right. He's just fine. Maybe it will straighten,
but I will help him walk. I'm his big sister.”

Some of the children (and grownups) in Sharidure weren't so nice. When Ali was three,
Shireen started to hear people talk about the poor little boy with the bent leg.
One day after school, she had a fight with a girl who said Ali would never walk and
he was pitiful. That girl was bigger than Shireen but not so big when she was lying
on the ground crying. When Shireen's mother heard about the fight, she told Shireen
that she wasn't happy about it, and that the other girl had no business saying anything
about Ali. That's all she said, and Shireen wasn't sure just what her mother meant.
She decided to defend her brother but not by fighting.

All of Sharidure became familiar with the sight of Ali on
Shireen's back. They would
go around town, buying nawn (bread), picking out the best grapes, and, best of all,
flying a kite. Sharidure is in the province of Bamiyan, part of a high, hilly area,
where wind is a morning-and-evening constant. There is enough wind to fly a kite
every summer day. Winters are long, with lots of snow. People stay inside in the
winter, using paths through the snow to go to another house or store. Sometimes,
the paths are so deep people can't see out.

Ali's eighth summer had been a good one for Hassan, Ali and Shireen's father, who
was a carpenter. The weather had been good for the farmers, so they placed more than
the usual amount of orders for cabinets, closets, and wooden plows. A new customer,
the new girls' school, was growing and ordered more desks. Because of this good summer,
Hassan and Mariam (Shireen and Ali's mother) decided to try to get a doctor to help
Ali, but there was no doctor in Sharidure. They had a cousin in Kabul (the capital
and largest city in Afghanistan) who might know of a doctor who could help.

This meant a long distance call from the telephone office.
Only the sub governor
had a home phone. Everyone else went to the telephone office to place a call, so
this was the procedure. Ask the day before for a good time to call. The next day
get in line, have some tea, and wait for your turn. The local operator would ask
for the number in Kabul, plug in the line to the next town, spin the handle to generate
the call, talk to that operator, wait for that operator to connect the line to the
next town, and eventually connect to Kabul. If anybody more important wants to use
the phone anywhere along the line, you are disconnected and have to try again.

The call went through, and Hassan was soon talking to his cousin. His cousin hadn't
been in Kabul very long, so he didn't know much about doctors and hospitals. “Could
you look around?”

When he got back home, Hassan told Shireen and her mom about what he found out. They
all thought they should try to get Ali to a doctor in Kabul.

Ali could hop around on one leg, but he soon got tired so he couldn't go far. Shireen
and her dad decided to make Ali
a crutch. Since Hassan was a carpenter, he thought
he could make one pretty quickly, like in a day. He made it in about an hour. It
was a straight branch, about five centimeters thick, with another piece across the
top to hold it in place under Ali's arm. Shireen helped hold Ali up to get the length
right. Ali was feeling very hopeful of being able to walk. Shireen helped him get
the feel of it, using it to lean on when his left leg would take the weight as he
moved. At first, it was hard, but Ali was determined to get it right. He could soon
move along at a walking pace. He laughed and tried to go faster. After a few falls,
he could swing along at a jogging pace. It was great! He could walk! Well, a little
bit.

Another Forgotten Child by Glass, Cathy
The Heat's On by Himes, Chester
Of Monsters and Madness by Jessica Verday
The Moment Before by Suzy Vitello
Blood Money by Thomas Perry
Your Ex-Boyfriend Will Hate This by Sullivan, Blue
Falling into Forever (Falling into You) by Abrams, Lauren
The Tumours Made Me Interesting by Matthew Revert
Vivian Apple Needs a Miracle by Katie Coyle
Veiled by Caris Roane