Read A Fire That Burns Online

A Fire That Burns 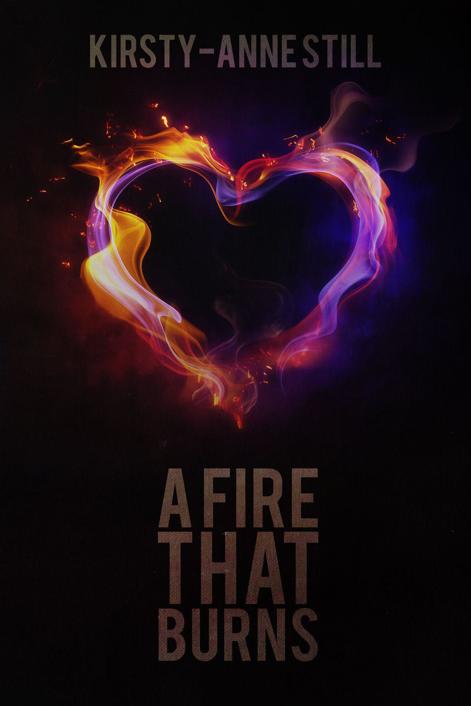 A Fire That Burns

A Fire
That Burns

All rights reserved.
Please keep this book in its complete original form with the exception of quotes
used in reviews. No alteration of the contents is allowed. No part of this
publication may be reproduced, stored in a retrieval system, or transmitted by
any means – electronic, mechanical, photographic (photocopying) recording, or
otherwise – without prior permission in writing from the author.

This book is a work
of fiction. Names, places and incidents are either the product of the author’s
imagination or are used fictitiously, and any resemblance to actual persons,
living or dead, business establishments, events or locales is entirely
coincidental.

The night
was all you had.

You ran
into the night from all you had.

Found
yourself a path upon the ground.

You ran
into the night; you can't be found.

I wish you were here to share
this moment with.

ANNIVERSARIES
sucked. That was
final in Tyler Armstrong’s mind and every time the specific ones came around he
avoided them like the plague. Forcing himself to do almost a full day’s
workout, he sweated out the memories and worked the hot throb that rushed into
his muscles to avoid thinking too hard about the day that was bestowed upon
him. He didn’t care if he felt his muscles begin bridging that point of being
strained too much. He didn’t even care if they were bordering on snapping from
being overworked. He would just carry on in a bid to erase his mind of any
thought and his body of any feeling other than the strain of a heavy workout.

Today was his least
favorite
day -
May 23
rd
.
It might have been six years, but the bitter shreds of his heart still became
evident on this one day. It happened throughout the year, but today caught him
in a chokehold and forced him to cause bodily pain just to find survival.

All he needed to do was master the art of breathing, surviving, and he
would call it a successful twenty-four hours.

He always noticed the looks he got as an effect. Everyone in this
Godforsaken town knew his past, why he would do this to himself. He knew that
six years didn’t take away from the pity in people’s looks when you lived,
worked, and ate in a town with a population of no more than four hundred and
fifty – give or take.

News travelled fast and remained gospel gossip for years to come. Even
now, after six years, he was still apparently mortally scarred from the loss of
the love of his life.

He knew he could just leave and start again, but he was a family man
through and through. Even this town’s minimal population wouldn’t drive him
away. He wanted to be close to home, close to his mom and dad, his sister. He
didn’t want to leave what he loved most and worst of all, he didn’t want to
leave the memories that burnt so vividly.

And, to some extent, he stayed here because it was the one place that
allowed him to hold true the memory of Austin Pearson. The one woman he wanted
a future with, still did want a future with, and would always want a future
with. Yet she had disappeared in the middle of the night leaving only a letter
to say she was sorry. He had no explanation, no guidance, no idea if she would
return; just one apology. Had it not been for that he would have fought night
and day to find whoever had stolen his heart away from him and bring her back to
this tiny town. However, he knew the culprit of that crime and he just couldn’t
stop loving her. Six years on and he still loved Austin as if she were with him
daily. How could he hate her when he loved her with his heart
and
soul?
It wasn’t a reaction he found you could just turn off.

And that was one of the hardest stigmas to live with.

He felt a hand grab his and he turned to be faced with his girlfriend of
coming up on two years, Natasha Truman. His thoughts of Austin immediately
vanquished. They had all gone to school together and she was quite literally
the opposite of Austin and, for that reason, Austin’s arch nemesis. The two
girls had never seen eye to eye, but when you lived in a small town, with not
even a class full of other kids, you learn quickly to just get on with it.

He painted a smile on his face for his girlfriend and tried in vain to
make it all okay, but it seemed that for once Natasha wasn’t letting him forget
about today. He wasn’t going to be allowed to hide out in his own gym, or get
away from his family’s sight at this rate.

He might have to stick it out and actually enjoy today.

“You don’t
need the gym today, Baby,” Natasha told him, using a sweet voice and gave a tug
of his arm to make him move from the doorway of the small gym.

Tyler tried to stamp the growl in him away, “Natasha,” he ground out and
she let his hand go. “I do everything you want me to when you want to me to do
it. Today I just want to go and workout.”

“You know what,” Natasha began,
“Go.” She paused again and looked at him trying to get a reaction out of him
with her off
behavior
. When it didn’t work, she
pressed on in a vindictive tone, “But
remember
Austin
left, Tyler. Six years ago she left and I was your support. I am now your
fiancée and it’s about time you gave up this pathetic day of self-pity over a
girl that was immature and didn’t know what she had while she had it. I’ve
given you this date since we got together, but now I’m getting tired of it. She
isn’t coming back and if she does she’ll know just how well you’ve moved on.”

“It’s not some competition you know that right?” Tyler argued back and
hated how Natasha still seemed to put Austin down even in her absence. “Sure I
might do this to myself, sure I still miss her, but you make it sound like I
should hate her.”

“Well you should!” Natasha
replied and crossed her arms over her chest. “Do you think differently?”

Nodding, he pulled his gym bag onto his shoulder a little more and
leaned towards his girlfriend. “Yeah, in fact, I do.” He began to talk to her
coolly, not allowing her to win this, “She must have had some reason to leave
back then, and one day I will find out why. Until then, give me this bit of
peace okay?” he asked and saw the stubborn side to Natasha shine brightly. “Now
stop with the jealous rant and let me work out,” he told her sternly, his voice
calm and low.

Natasha sighed heavily and rolled her eyes, “Fine!” She gave in and
reached up to kiss him on the lips. She realized how annoyed he was when he
moved his face a little and she missed. “Have a good workout, Babe.” She
pretended to be happy about this when really she was seething with the thought
that her boyfriend was working out the memories of Austin Pearson all over
again.

“I will when I finally get
there,” he chided lightly and stood to full height. “Remember to go to my mom’s
when you’re done at work.”

Natasha was rummaging for her car keys, “I remember. I won’t be there
until late evening, possibly after eight.”

Frowning, Tyler just got on with it and allowed his girlfriend to do
what she wanted to do. “Sounds good,” he lied, “See you later, Baby.” He leaned
down and got another kiss and the pair went their separate ways.

The moment Tyler found the treadmill that overlooked the beach; he put
his earphones on and set the speed and timer. Climbing on he prepared himself
for a gruelling workout. One that everyone thought was him just pushing himself
to the limit when in fact he was getting lost in memories and music that he and
Austin had shared in their life together.

This was the one day he allowed himself to just revel in a past life.

Later that day he knew he had pushed himself after
reverting to weights when running just didn’t help him escape his troubled
mind. He could feel his muscles screaming at him in protest with each step he
took. He had reawakened the old football injury in his shoulder that always had
a knack of bringing about past memories.

That stupid thought sent a pattern of flashbacks into his conscious mind
as he remembered how Austin had been with him every step of the way since he
gained the injury in high school. She had been with him at the hospital,
through the surgeries to help fix the injury. She had been leading his
recovery, even in the years after she had been the one to massage away the
aches whenever they set in.

It might have killed his shot at a football scholarship, but it set his
love and devotion in stone for Austin.

As he closed the session up for the day, he knew the routine. His mother
would cook the meal and bring the family together, and he would appreciate
having them together for once. He was even more appreciative for having another
form of distraction today.

Arriving at his parent’s house, he pushed the key in and looked back at
Austin’s family home, a constant reminder of the one woman his heart still
yearned for. Shaking his head, he did the routine of unlocking the door and
then pushed his way in. Today was about routine. Every year on this date it was
about routine – the routine to survive.

He threw his key down and went to find out where his mom was. He wanted
to get everything off of his chest and clear his mind before Natasha arrived
later. He wanted to eat too much, possibly drink too much, and talk too much,
about how he had it all in life apart from the right girl. Sure, he loved
Natasha. She was attractive, charismatic, not your typical blonde, she was
self-reliant
, independent, career driven, but she was
never going to be Austin. She was never going to be warm and affectionate,
teasing and caring. She would always be the opposite of what he wanted.

She was his safe bet to evade memories.

Immediately he heard his mother trying to calm his little sister,
Cassie, and she was obviously failing. He chuckled at that; he loved his
sister’s hyper, excited moments. She might be getting older, but she sure
didn’t act it to save her life. She was still the same breath of fresh air she
was when she was four.

“You
musta
heard, Momma?” Tyler heard his baby
sister ask excitedly as he entered his parents’ kitchen. “Austin’s back, Mom!
She’s finally back!”

Tanya looked up as she came face to face with a bewildered Tyler as he
stood completely frozen in the doorway to the kitchen. Her son obviously hadn’t
heard until now.

Great, another reason to hate this damn anniversary!

Fuel by Naomi Shihab Nye
Chrysalis by Emily Gould
Daughter of Joy by Kathleen Morgan
Time to Say Goodbye by Katie Flynn
Across the Lagoon by Roumelia Lane
The Vizard Mask by Diana Norman
Gina Takes Bangkok (The Femme Vendettas) by Stelmack, S. M.
Surprised By You (The By You Series) by Harper, Kelly
Plaid to the Bone by Mia Marlowe
Oh What a Paradise It Seems by John Cheever