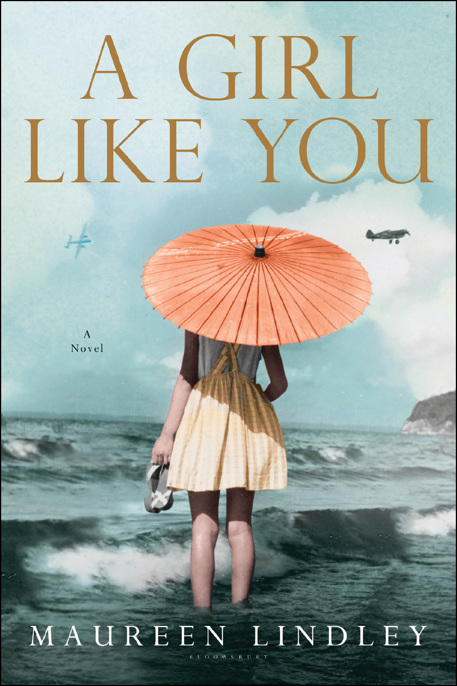 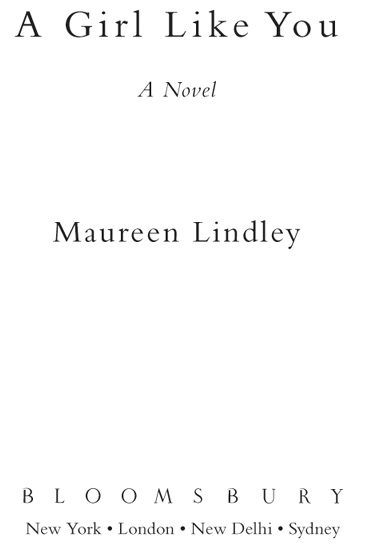 To Clive, with my love

There will be no armed uprising of Japanese …

Their family life is disciplined and honourable.

The children are obedient and the girls virtuous …

[The Nisei] show a pathetic eagerness to be Americans.

There is a remarkable even extraordinary degree of loyalty among this suspect group.

—SPECIAL AGENT CURTIS MUNSON—SENT TO THE WEST COAST TO INVESTIGATE THE LOYALTY OF THE JAPANESE-AMERICANS—REPORTING TO PRESIDENT ROOSEVELT IN NOVEMBER 1941; HIS REPORT WAS IGNORED AND KEPT SECRET BY THE GOVERNMENT

I’m for catching every Japanese in America, Alaska, and Hawaii now and putting them in concentration camps … Damn them! Let’s get rid of them now!

I am for the immediate removal of every Japanese on the West Coast to a point deep in the interior. I don’t mean a nice part of the interior either. Herd ’em up. Pack ’em off and give ’em the inside room in the badlands. Let ’em be pinched, hurt, hungry and up against it.

School lets out at three o’clock in Angelina. Its pupils pour through the narrow portal of its door, milk from a jug, water from the tap. Their freedom shouts can be heard at the bus station half a mile away.

The white kids regularly hang around, the boys to throw ball to basket and, while they’re at it, obscenities to the girls. And the girls, feigning indifference, to flick their hair and play jacks and jump rope. Only the Japanese pupils take off for home as though they are in a race.

All innocent from the smutty talk of the play yard, Satomi Baker, blooming toward beauty in her fourteenth year, and her friend Lily Morton are in the habit of parading themselves, pulling up their cute white socks, undoing the top button of their cotton dresses. They think they know all there is to know about sex and the “dirty thing” the boys want to get up to with them. The threat of it makes the flirting irresistible.

Satomi’s the best at jumping rope, she’s higher and faster than any of the other girls.

“Quick, Lily, jump in.” The rope whistles, whipping up the air. It scares Lily a bit.

It’s early summer in Angelina, a sweltering, burning-up summer, so hot that even breathing comes hard. The heat haze hasn’t let up for a month. It hangs in the sky, rocking gently like the spectral sails of a big old ship, allowing only occasional flashes of blue a look in.

“It’s closing in,” Satomi says to Lily. “Ghosts all around us.”

“More like damp sheets on washing day,” Lily says flatly. Satomi’s fancies disturb her. It’s all that reading that does it, she guesses.

“You should put your hair up in a band, in a real high ponytail, like mine,” she advises, tossing her own dull brown tassel. “It’ll make you feel cooler.”

“It’ll make my eyes slant, Lily, you know that.”

“Oh, yeah, I forgot.” Lily smirks, pleased to have hit the aimed-for spot.

It seems to Satomi that things are never going to cool down. The humidity clouds the shine on her black oxfords, takes the starch out of her dresses so that they never feel clean or crisp enough. At night the swampy air seeps through her window, scenting her room with a curious blend of sweet and rotten. That and the mosquitoes’ whine make it hard to sleep. Her father says the earth is so parched he swears he can hear it cracking.

All the crops in her father’s fields are tinted brown—“rusting up,” is how her mother puts it. And even though the tomatoes are ripening, they need so much water that it’s unlikely to be a profitable year.

What with the heat and the thought of small returns, it doesn’t take much to get Aaron Baker riled. Satomi has been treading on eggshells around him for weeks.

“Never known a girl who needed to wash so much,” he protests.

“Your mother and I need water too, you know. Guess you never give a thought to that.”

Satomi rolls her eyes to heaven, she doesn’t want to hear. She considers her father’s moans beyond reason. It takes only small things that go wrong to set him at odds with the world. And things are always going wrong in farming: not enough rain, too many bugs, bad seed, the catalogue of his complaints is endless. Now, on top of everything, he has to bring water in by the tank-load and the tiniest bit of spillage makes him sick to his stomach.

“Hey, turn the spigot off, boy, it’s overflowing,” he complains to the tank driver.

“Getting to it, Mr. Baker, it’s no more than half a cup, though, can’t judge it any nearer.”

“Half a cup to you, twenty cents to me.”

Why can’t he listen to Satomi’s mother? He ought to listen to Tamura, she talks sense, but he just can’t seem to manage it. Satomi suspects that his nature is as much a trial to himself as to everybody else. She thinks it nags at him like a sore tooth reacting to any kind of sweetness so that he is never at ease.

Lily says, with that arch look of hers, that Aaron is good-looking—“cute,” is how she puts it.

“Can’t see it myself,” Satomi says, screwing up her face.

She finds no softness either in her father’s looks or his character. He has the sort of face that on the movie screen would suit both villain and hero—strong, she guesses. He is big and muscular, with
something driven about him, something that takes charge. His thick flaxen hair, cropped short so that he needn’t bother with it, sprouts from his head like wheat stubble. His eyes, a shade between gray and blue, look at the world through dusty lashes, and are closed to all but his wife. He doesn’t court friendship, thinks his neighbors untrustworthy and his daughter a burden.

“I’m not going to tell you again. Get up earlier and get your chores done before school. The world wasn’t made to wait around for you.”

“I had homework, Father, and anyway, I—”

“No excuses girl. I’ve had it with your answering back. Do your chores or …”

Her mother pleads her case with little success.

“Please, Aaron, ease up on her a little. She’s young yet and she doesn’t get an easy ride anywhere.”

“You had to work when you were young, Tamura. We’ve all got to pull our weight. Nobody gets an easy ride. If it’s the Japanese part of her you’re referring to, well, it’s the best part, if you ask me.”

“He sure is disappointed that I’m not a boy,” Satomi says, sighing, to her mother.

“All men want a son to walk tall at their side,” Tamura says. “He loves you, though.”

Despite the fact that the farm is modestly successful, that he is known to grow the best tomatoes in the area, something is eating him up. It’s said locally that he is a hard man to like, not that you’d want to, him married to a Jap, and cocky, to boot.

Tamura is a different sort altogether, kind and charming, filled to the brim with the desire to please. Aaron is her world and she obeys him in most things, but she doesn’t have the heart to chastise Satomi.

“Farming is hard on us all,” she excuses him.

Tamura would like to have given Aaron a son, it’s hard to disappoint, but such a child as Satomi was surely meant to be.

She had wanted to call her daughter Elena, after her neighbor Elena Kaplan, a good woman, her constant and only true friend in Angelina. Elena nurtures their friendship, despite the fact that her husband Hal is always shouting at her about it. He doesn’t care for foreigners, especially those who make out that they are Americans, as if you can’t see those slant eyes, that yellow skin.

“I’m putting my foot down, Elena, you hear? Keep your distance from the Baker woman, she’s not our sort.”

Aaron, a little jealous of Tamura’s affection for Elena, doesn’t encourage the friendship either. He had objected to naming the child after their neighbor.

“Just because a neighbor helps with the birth, Tamura, it doesn’t mean you have to name your children for her.” He had laughed to emphasize the point.

“No, but it’s a beautiful name, Aaron, a beautiful American name. It will help her fit in around here.”

“Can’t see what’s so good about fitting in. In any case, Satomi’s a better name, honey. I looked it up, it means wise and beautiful. Don’t see how anyone can complain at that.”

It doesn’t please him, though, that as his daughter grows, the wise bit, if it is there at all, loses out to her stubbornness. She is willful, too ready to stand her ground against him.

“She’ll get there, you can’t expect the young to be wise,” Tamura says.

“Well, she’s sure taking her time.”

Unlike his wife’s character, his daughter’s is without humility. As far as he is concerned her beauty is flawed. He lives in a permanent low hum of irritation with her that sets him on edge in her presence. So he doesn’t much mind that she does her best to stay out of his.

“I can’t see us having more,” he had repeated often in the weeks after Satomi’s birth.

“Oh, but one child hardly makes a family, Aaron. And with luck the next one could be a boy.”

But, wounded by her husband’s disappointment, by his lack of interest in their daughter, Tamura didn’t push it. She feared another daughter herself, Aaron’s renewed displeasure.

“Only fools trust in luck, Tamura. Best not to risk it.”

“Satomi is perfect, though. Isn’t she just perfect?”

“No one’s perfect, honey. I’ll give you she’s pretty, as babies go. Look, the truth is we can’t afford to feed mouths that will never do fieldwork. It’s just plain stupid not to learn from experience. It’s not a good world to bring kids into anyway.” He hadn’t believed it himself, knew that he was irked by the demands on Tamura from Satomi that took precedence over his own.

From the moment of the child’s first piercing bawl, he had been aware of losing a part of Tamura. The years haven’t lessened his jealousy, it’s a constant, tacking his stomach like a rat in a cage, it won’t let him settle. He has never been good at sharing.

Resentment as much as prudence drove him into Angelina to stock up with a good supply of what, since he was twelve years old, he has daintily referred to as “French letters.” Let others leave it up to nature, to what they liked to call “God’s will.” God meddles in too much, if you asked him. It wasn’t up for debate, nothing he could do about Satomi, but he’d have no others at Tamura’s breast.

“Well, I have a beautiful daughter and a good husband. What more should a wife ask for?” Tamura said dutifully.

The Ghost of Hannah Mendes by Naomi Ragen
A Time For Justice by Nick Oldham
Wish Girl by Nikki Loftin
Embracing Emily (#7 Warriors of Kelon) by Angela Castle
The Memory of Eva Ryker by Donald Stanwood
Test Pilot's Daughter: Revenge by Ward, Steve
The Rancher's Little Girl by Emily Tilton
The Collected Novels of José Saramago by José Saramago
Before She Dies (Slaughter Creek) by Herron, Rita
St. Lucy's Home for Girls Raised by Wolves by Karen Russell