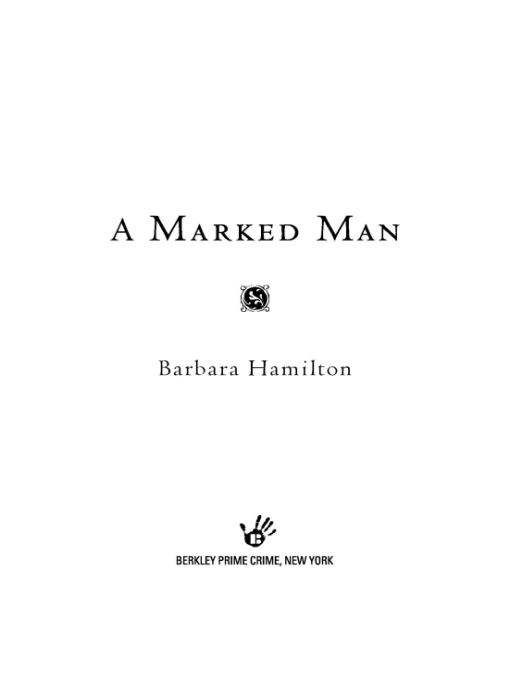 Table of Contents
Title Page
Copyright Page
Dedication
Acknowledgements
One
Two
Three
Four
Five
Six
Seven
Eight
Nine
Ten
Eleven
Twelve
Thirteen
Fourteen
Fifteen
Sixteen
Seventeen
Eighteen
Nineteen
Twenty
Twenty-one
Twenty-two
Twenty-three
Twenty-four
Twenty-five
Twenty-six
Author’s Note
Praise for
THE NINTH DAUGHTER
“An exciting new mystery series set in revolutionary Boston. Abigail Adams could become my favorite historical sleuth.”
—Sharon Kay Penman, author of
Devil’s Brood
“Barbara Hamilton plunges us into colonial Boston, where we walk beside the legendary Abigail Adams as she tries to find justice for a murdered young woman while also helping with the birthing pangs of a new nation.”
—Victoria Thompson, author of
Murder on Lexington Avenue
“[An] exceptional debut . . . While bringing to life such historical figures as Sam Adams and Paul Revere, Hamilton transports the reader to another time and place with close attention to matters like dress, menus, and the monumental task of doing laundry. Historical fans will eagerly look forward to the next in this promising series.”
—Publishers Weekly
“Hamilton . . . has just the right touch to guide the intelligent Abigail through the dangerous shoals of being a patriot while seeing the good side of the colonies’ English rulers. There are no missteps here in what should prove to be a captivating series for all historical fans.”
—Library Journal
“The wry repartee between Abigail and John, together with the fact that this clandestine investigation of the murder of loose women would never have made the official record, make Hamilton’s debut believable and gripping.”
—Kirkus Reviews
“A deep historical mystery. Based on true activities of that time, Ms. Hamilton weaves a tale that could have actually taken place . . . A finely written first in a new series story with a surprise ending. I am eager to see what comes next.”
—The Romance Readers Connection
“The story line provides a deep look at Boston as rebellion is in the air. Fans will want to join the tea party hosted by Ms. Hamilton with guests being a who’s who of colonial Massachusetts.”
—The Mystery Gazette
Berkley Prime Crime titles by Barbara Hamilton
THE NINTH DAUGHTER A MARKED MAN 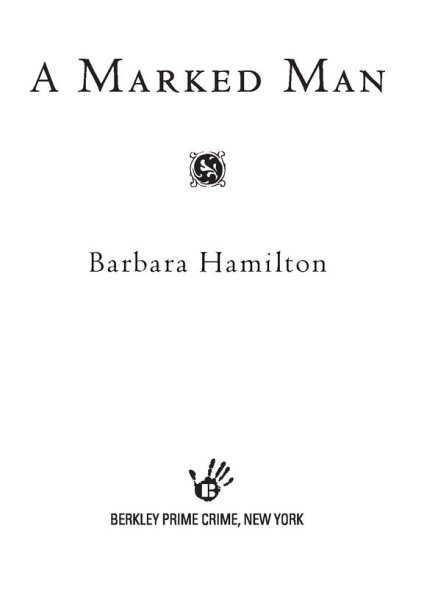 For Hazel
Special thanks to Peggy Wu
One

S
he’s dead,” said Abigail softly, and knew it to be true.
Her husband looked up from a cold Sabbath breakfast of bread, salt butter, and cider, the cows having only that week come into the new spring’s milk. “Who’s dead?”
“I don’t know her name.” Abigail slid last Monday’s
Boston Gazette
across the table to him, profane reading that her parson father would never have permitted on the Lord’s Day, no matter what retaliation the colony was expecting from an outraged Crown.
RAN AWAY
Upon the 26th of Feb. 1774 in the Morning. A Negro Woman, from the house of Thomas Fluckner, in Milk Street. She is twenty-three years of age, of Medium height and complexion, rather freckled, with prominent front teeth. She is well-spoken and reads well. She left behind her a Child of two years, and a Babe of 3 months. A Reward will be given for information leading to her capture.
“I fail to notice”—John peered at Abigail over the oval rims of his spectacles—“the passage in this advertisement announcing this poor young woman’s decease. Or do you infer her demise from the circumstance that any sane person would prefer slavery to death?”
“I infer her demise from the fact that no woman will desert her children for her freedom. Certainly not an infant at breast.”
“My dearest Portia.” John Adams folded the newspaper, glanced a trifle guiltily across at his son and namesake—six years old and consuming his bread-and-butter with the studied appearance of total deafness. Young John Quincy Adams was already aware that if he showed undue attention to this un-Sabbath-like discussion, the interesting topic would cease. John lowered his voice. “My dearest wife, sometime you must accompany me to the magistrate’s court. There I can introduce you to any number of perfectly free women in this city who would cheerfully desert their children for the price of a bottle of gin.”
Abigail was obliged to admit that her husband had a point. As the daughter of a country parson, and the wife of a Boston lawyer, she had seen maternal misconduct that would have made Medea gasp.
But something about the way John tucked the newspaper away into his coat pocket, with the implied admonition that circumstances that would lead a young woman to abandon children so helpless were matters that could be put off until Monday, roused her contentious side. “In the morning?” she asked. “In broad daylight, when she could as easily walk out of her master’s house carrying her babe as not? ’Twould be understandable, if she and her owners were on a journey, and the surety of her freedom were thrown against the fact that her children were back in some place where retrieving them would cost her her chance. But that isn’t the case.”
John opened his mouth to expound some precedent from either his own experience in the Colony Courts of Massachusetts or from the collected decisions of British judges that made up his legal library
—or from the annals of ancient Rome, belike
,
knowing John—
then closed it again. His blue eyes—rather protuberant in a round, short-nosed face—narrowed suddenly in thought.
Abigail reiterated, more to herself than to John, “The woman has come to harm.”
She rose from the table, folded her napkin and ringed it, and went to help Charley dispose of the last of his bread-and-butter. At three, her middle son was a fussy eater, far likelier to experiment with how many times he could dunk bread into his cider before its inevitable dissolution, than to actually consume much. “Time to finish,” she informed him. “You shall be a hungry boy by dinnertime.”
He regarded her with enormous blue eyes, clearly without the slightest idea of how long that was going to be and with only the dimmest recollection of his previous experience with this kind of improvident starvation. “I shall eat it, if you won’t,” offered Johnny, not out of greediness, Abigail was certain, but because he knew the suggestion would have its effect: Charley quickly wolfed down his soggy breakfast. Johnny and Nabby—a few months short of her ninth birthday and quiet as a little barn-fairy—cleared away the dishes and folded their own and their brother’s napkins, rinsing the plates but leaving them stacked on the sideboard for a more thorough washing tomorrow. Abigail knew houses in Boston where not even that much work was performed on the Sabbath, but she drew the line at it. A God who spent so many verses of Leviticus discussing the purification of any vessel that has so much as touched mice, moles, tortoises, or chameleons would
not
consider it an honor to have dishes left unrinsed overnight in His name.
As the children went upstairs to ready themselves for church, John unfolded the
Gazette
and reconsidered the advertisement by the strengthening gray light of the kitchen’s wide windows.
“I think you may be right, Portia.”
Abigail smiled at her old nickname, which he’d called her during their courtship: Shakespeare’s intrepid lady lawyer. Even ten years ago, they’d both known that were it possible for a girl to obtain the education to do so, Abigail would have made a fine lawyer herself.
He went on, “’Twere another man I’d think, the girl was driven by desperation. But though Fluckner’s an ass, and he’s toad-eaten for the governor so that it’s a wonder he doesn’t have warts from his lips to his hairline . . .” He shook his head. “He has no name for being a cruel master, nor for meddling with the women in his household.”
ADS
15.4Mb size Format: txt, pdf, ePub

River of Death by Alistair MacLean
Sleepless: (Billionaire Bound: Part 2) A Dark New Adult Romance by Slade, Ella
Dead Outside (Book 1) by Oliver, Nick
Rescued by Her Wolves (Paranormal Werewolf Menage Steamy Romance) by Willow Wilde
Holding Their Own IV: The Ascent by Joe Nobody
Where Demons Fear to Tread by Stephanie Chong
Where All Light Tends to Go by David Joy
Command Decisions (Book 3 of The Empire of Bones Saga) by Terry Mixon
Run Away by Laura Salters
Love Me If You Bear: Werebear/BBW Paranormal Romance by Roxanne Sweet