Read A Murder of Magpies Online

A Murder of Magpies 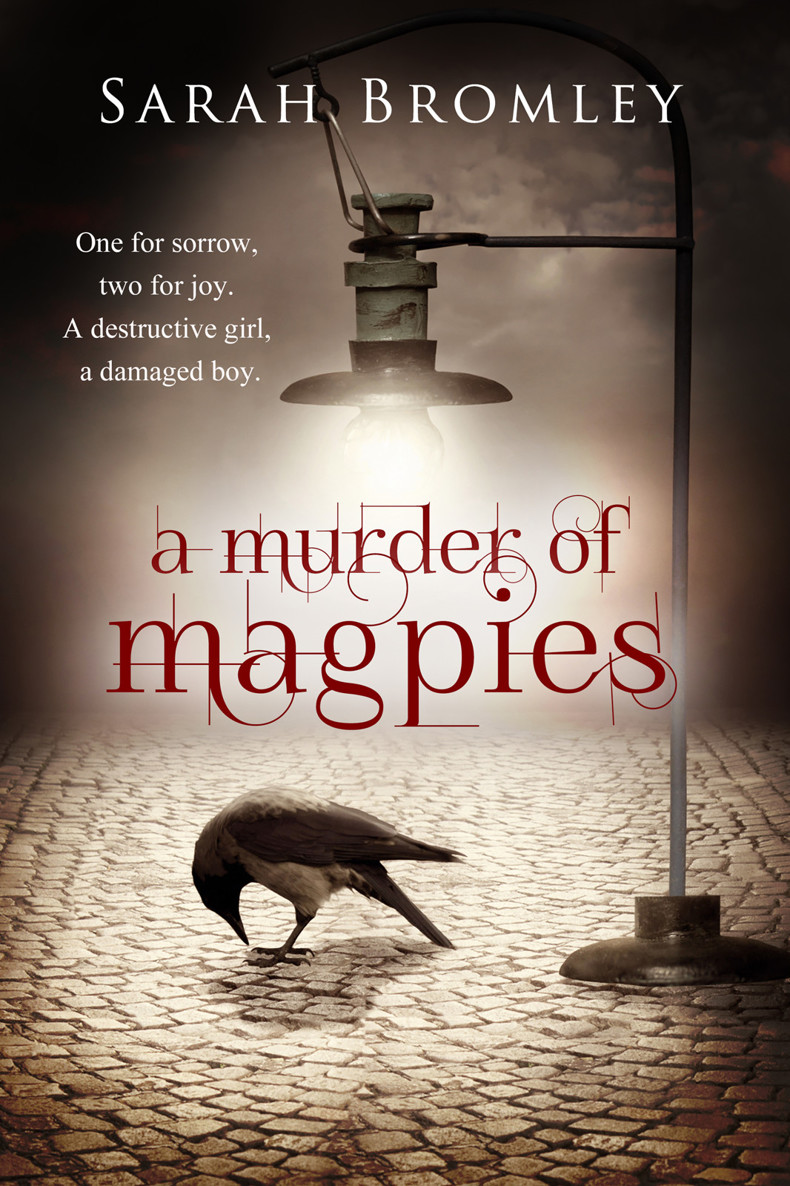 A MURDER OF MAGPIES 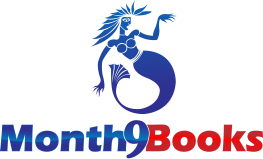 This book is a work of fiction. Names, characters, places, and incidents are either
products of the author’s imagination or are used fictitiously. Any resemblance to
actual persons, living or dead, business establishments, events, or locales is entirely
coincidental. The author makes no claims to, but instead acknowledges the trademarked
status and trademark owners of the word marks mentioned in this work of fiction.

A MURDER OF MAGPIES by Sarah Bromley

No part of this book may be used or reproduced in any manner whatsoever without written
permission of the publisher, except in the case of brief quotations embodied in critical
articles and reviews.

For Tim. You don’t scare easily. Thank God for you.

A MURDER OF MAGPIES

One for sorrow, two for joy

Three for a girl, four for a boy

Five for silver, six for gold

And seven for a secret never to be told…

Baro
: big man; the Romani tribal leader who is of great esteem

Dati
: a term of endearment for one’s father.
Dad
and
Dat
are commonly used for Father.

Rom
: the all-encompassing description of Romani people, an ethnic group widely spread
across parts of Europe and North America. Some call them “gypsies,” which is considered
a racial slur because it is thought to stem from the idea of them “gypping” people.

Vitsa
: the extended families that make up a Romani clan.

Disaster came as a boy in a Catholic school uniform. That boy was my brother, Jonah.

We’d seen disaster, somehow crawled out from the ruins, and lived. It didn’t just
happen, all explosive and bombastic so we knew everything changed. A real disaster
began with a spark of fire that rose in the air and snuffed out. When the ash landed,
it was still hot enough to burn, and from that ember, everything we knew went up in
flames.

It happened before. I had reason to fear it would happen again.

My fingers drummed on the time-scarred armrest of a chair in Monsignor Judd’s office.
Someone had etched a cross into the wood five, ten, maybe twenty years ago. A saint’s
stare bore down on me from the stained-glass window; no comfort lay in his face, only
my guilt for not knowing the saint’s name. Outside the office, Monsignor stood, fingers
steepled, while the heating vent blew the draping of his cassock. His ear angled to
the young nun whispering with him over the manila folder of Jonah’s permanent record.
Curls snaked from her nun’s habit, and her eyes slid to watch me. Dull, dark. Nearly
dead.

My hands grew warmer. I forced my breathing to slow.
Calm down, Vayda girl. Nothing to get worked up over yet.

Not easy when I was a human magnet for emotion.

Slouching in his chair, Jonah fidgeted with a hole in his blue trousers. I always
thought he’d blow our cover someday, but that didn’t mean I was ready for it. A bruise
purpled his cheekbone. His heat, a mix of emotion and energy, radiated to further
prickle my hands until they were scorching. I needed to cool down, put everything
on ice to stabilize Jonah and myself. I exhaled in hope of a cold breath. My twin’s
fury was more than I could absorb.

You outdid yourself this time.
I pointed the thought to his mind like a laser.
Do you honestly think fighting with Marty Pifkin is worth all this trouble?

He avoided eye contact, naturally. That didn’t mean he didn’t listen. Silent to all
but me, he answered,
Dati’s
already gonna read me the riot act. Don’t give me any grief, especially since I was
defending
you
.

Defending me from
Marty Pifkin
of all people. Let it go. What’s done is done.
I didn’t know whether to give my brother a good wallop upside the head like our mom
would have or pray we’d skate on by.
Keep at it, Jonah, and people will notice what you can do. Throwing a desk without
using your hands isn’t exactly wisdom for the ages.

Why don’t you keep that in mind the next time you lose it and break all the light
bulbs in the science lab?
He swiped a rogue strand of long, dark hair from his face.
You lack subtlety and finesse, Sis.

Subtlety. Finesse. Words sixteen-year-old boys knew oh-so-much about. I choked on
a laugh and lowered my eyes to the ratty, blue Chucks I paired with my Catholic school
plaid, wool skirt, and tights. Even if it wasn’t my school uniform, I wore dresses
most days. I could move my legs and didn’t feel so caged in.

Brushing away the glass dust on my thighs, I ignored the blood drying on my hands
and clasped them together. They were less dangerous that way.

The door to the office lobby opened. The new nun resembled a black dandelion seed
as she glided into Monsignor’s office. She was followed by the head priest and my
father. The scent of wood dust clung to him. Most parents visiting St. Anthony of
Padua High School rolled in wearing suits or golf attire, and then there was Dad with
his Fat Tire shirt and varnish-splattered jeans—evidence he’d been working on a restoration
when called to the school. Even if the fight between my brother and Marty hadn’t already
strained my mental barriers, I still would’ve noticed Dad’s disappointment.

Dad lived by so-called cardinal rules. Looking at Jonah, there was only one rule I
thought: There’s a devil on every man’s shoulder, whispering in his ear. Only he decides
if he’ll throw salt at the devil or feed him his soul.

“What happened, Magpie?” Dad asked, a Georgia-born drawl buttering his voice as he
checked out the cuts on my hand.

“You ought to be more mindful, don’t you think?”

His question had nothing and everything to do with breaking glass.

Monsignor cleared his throat. “Sorry to have you back in my office so soon, Mr. Silver.”

“Twice in one week is overkill.” Dad stood behind Jonah and me, a hand on each of
our shoulders.

“I’ve spoken with our new staff psychologist, Sister Polly Tremblay.” Monsignor introduced
the new nun. “She was hired this year after Dr. Fernandez took a position in Madison.
Our newest Sister is a licensed practitioner, educator, and bride of Christ.”

Dad raised an eyebrow. “Is she now? That’s all so very impressive, Sister. Do you
go by Sister Polly or Sister Tremblay?”

The nun blinked twice, no emotion registering on her face. “Sister Tremblay. Polly
is from my past life.”

Monsignor grabbed the manila folder from the nun’s hands and hurried through his words.
“Sister Tremblay has acquainted herself with Jonah’s file and feels he may benefit
from some sessions with her. If I may be frank, Mr. Silver, your family came to Wisconsin
two years ago, but of the people I’ve spoken with, no one really knows you. Certain
appearances are important, especially for an institution such as St. Anthony’s. I’m
sorry to have to say anything in front of your children, but you must all be aware
of the situation I’m in while I’m deciding Jonah’s punishment.”

“What’s that got to do with anything?” Dad snapped.

“The adjustment period after moving, especially when grieving, can be prolonged. In
that regard, two years isn’t very long at all,” Sister Tremblay answered. “Teenagers
often cope by acting out. If you’re as busy as I suspect—”

The heating vent blasted more hot air into the office. My brother burned with frustration,
and my shoulders tightened. I cracked my knuckles, all too aware of how the lights
dimmed. Monsignor Judd let out a sigh. “Sister Tremblay is only suggesting that talking
to someone away from family could be good for Jonah.”

There was no “outside the family.” There never was. Hard to make friends and get past
the New Kid stigma when we were either cooped up at home or at Dad’s shop under his
watch. No wonder our classmates thought we were weird—we were.

The hairs on the back of my neck stiffened. I shifted in my chair for a better view
into the lobby where another boy waited to talk with Monsignor. The hair curling near
his jaw was the color of liquid cinnamon dashed with espresso, and a wire tethered
an iPod to his ears as he held an icepack to his bottom lip.

He averted his eyes from mine.

My hands grew hot while the overhead lights flickered, drawing everyone’s attention
to the ceiling. Dad’s grip pumped my shoulder.

Jonah stretched his legs. “I’m not hanging out with no damn shrink. Marty Pifkin’s
got everyone wrapped around his finger.”

I glanced to Dad for sympathy. “Marty asked to compare answers on our homework and
Jonah lost it.”

“—he was bothering Vayda,” my brother talked over me. “Guys like that shouldn’t be
talking to her. He’s
gadje
. I didn’t throw the first punch, didn’t ask for Ward’s help. I barely know the kid.”

Monsignor waited until Jonah and I both quieted down. “What’s
gadje
?”

Jonah gave Dad a pleading stare. We never let others know the meaning of words we’d
grown up with, but Dad confessed, “To some, it means outsider, though you could say
we’re the outsiders here.”

“And the physics lab? Every light was broken.” Sister Tremblay crossed her arms.

I sank into my chair and hid behind my hair. No one could avoid those dull eyes. I
wanted out of the office. Now.

The flickering of the lights grew faster. I shuddered, not cold, but burning up. The
poster of a kitten clinging to a clothesline while cheering “Hang in there!” obviously
didn’t relate to how fragile my grip was when so many emotions flooded a room. Usually
I kept it together with mental barriers to deflect the constant flow of others’ feelings,
but so much tension…

MacLean's Passion: A Highland Pride Novel by Sharon Cullen
Homicide My Own by Anne Argula
The Bone Orchard by Abigail Roux
The Mercenary by Garbera, Katherine
In All Deep Places by Susan Meissner
Sam McCain - 04 - Save the Last Dance for Me by Ed Gorman
Steel Dominance by Cari Silverwood
Task Force Bride by Julie Miller
WordPress in an Hour or Less: The Get It Done Guide to Installing and Using WordPress by Edward Jones
The Feminine Mystique by Betty Friedan