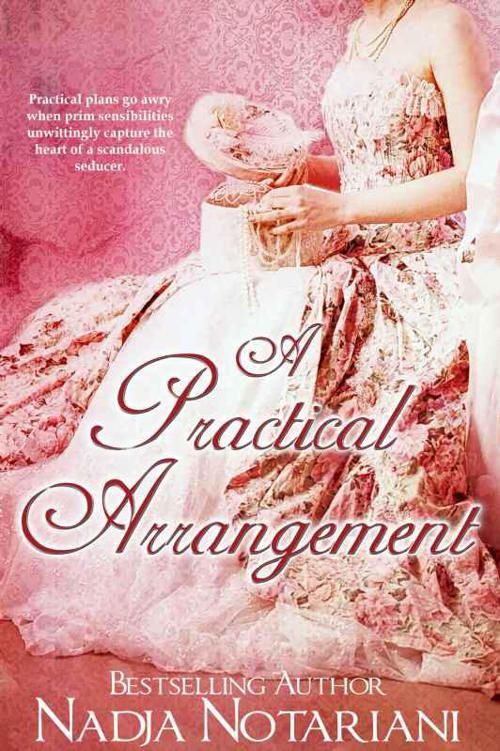 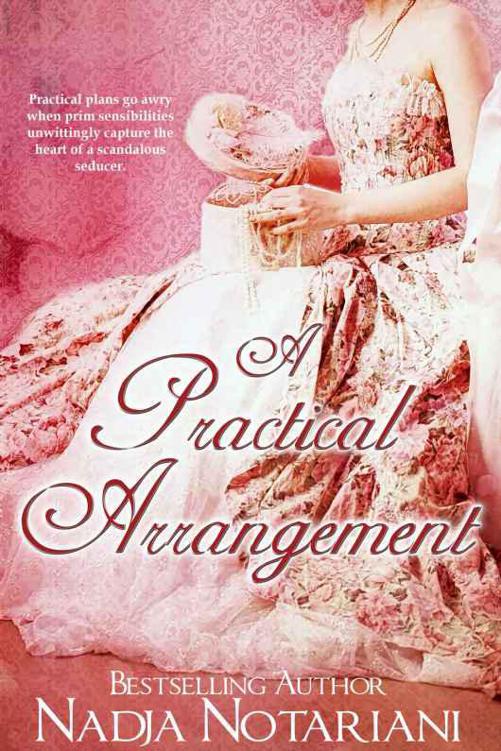 Claus ~ As ever, your humor carries the day.

Froderick ~ Atlantis and romance. Worlds are at our fingertips.

Aunt Jean ~ For a lifetime of support and affection.

Anthony ~ For believing. And for suffering quietly over takeout many nights.

The Critique Chicks ~ Many, many thanks.

“
It is unfortunate the young man lost his parents, especially after that sad business with his brother.” Albert Grey sighed, the tragic, long ago events revisited in conversation. “It is no wonder Thomas avoids any serious pursuits.”

“
It is high time he starts! A year has passed. Stanton's will is clear, Albert. I am to employ any means necessary to shock the boy into responsible adulthood.” The gleam in Winston Platte’s hooded eyes grew downright mischievous. “Now, are we agreed?”

Albert Grey chuckled, his own dark eyes twinkling merrily. “By Jove, I believe we are.”

“
Ensuring this match will test our mettle, old friend. My daughter has an iron will.”

“
As does my nephew! Have no fear, Albert, old chap. Providence shall carry the day. We'll simply help it along.” Winston Platte sobered, regarding Albert seriously. “Will you disclose our plan to your wife?”

“
By all that's holy, man! My wife, Opal, would surely suffer a case of the vapors if she discovered our plan!”

“
I see, I see. My Dorcas knows. I never could hold a secret from that woman.” Winston's countenance softened anytime he spoke of his wife. Returning to the discussion, he added, “Are things any better?”

Albert winced at the question. “She has her good and poor days. This week, I am the hero.”

Winston nodded, no further words needed. Opal Grey held a flair for the dramatic, swinging from lovesick and doting hen to ill-treated and maligned wife with the shifting breeze. Albert led his accomplice from his study, returning to the parlor. Mrs. Dorcas Platte glanced up, her eyes bright with question.

“
Quite well, Mrs. Platte,” her husband replied, patting her hand reassuringly. “Mr. Grey and I have decided to pursue pheasants for the morning's remainder, my dear.”

“
Splendid,” she rejoined, high in spirits at the settling of
that
issue.

The gentlemen vanished, leaving the women to enjoy tea in the well-furnished, feminine space. Muted blues and creams washed the room with color, a welcome bit of cheer to combat the gloomy and overcast skies of late fall. It would rain again today.

An aproned woman appeared with the tea cart. “Will that be all, mum?”

The woman curtsied and skittered about her business. Waiting a moment so as not to appear over ravenous, Mrs. Grey began to pour and conversation once again flowed between the longtime friends.

“
I do not understand my Evangeline. Really, I do not! She all but refuses to marry. Mr. Grey has taken to threatening.” Opal busily added sugar cubes and lemon to the saucer, knowing her friend's preferences well. “It cannot be good for his health the way that child taxes him. I'm certain I'd never bear up.”

Little convinced, Mrs. Grey replied, “Let us hope you are correct, Mrs. Platte. Evangeline is near two-and-twenty! Already there is talk. My Melody made a match at eighteen, a good one, too!” Pausing for dramatic effect, Opal Grey tapped her spoon against the teacup's rim before going on. “And now that her mourning is ended, Melody will make another, equally splendid match.”

Mrs. Platte listened. A mother needed to boast a little, and Melody was a daughter easily praised. As Mrs. Grey chattered on, Dorcas' thoughts centered on the other daughter, Evangeline. So serious the young thing was. Always helpful. Eager to do a kindness to others. Childless to her her great sorrow, Dorcas indulged the idea that had she been blessed with a daughter the girl would be like Evangeline Grey. Well spoken and sensible, Evangeline carried herself with quiet confidence. Any mother would be proud to call her a daughter. For the most part. Her reluctance to marry was the one problem - one soon to be remedied, Dorcas mused. But Opal Grey recognized only an unmarried daughter passing the age to make a good match.

“
Certainly you are right, Mrs. Grey. Melody will be offered for within a year.”

“
Such a comfort you are to me! My spirits will revive when I see that happy event come to pass.”

Conversation shifted to their charity work, the women wiling away the time in the warmth of the Grey parlor.

Guests mingled in the spacious hall, all commenting on the hospitality of Mr. and Mrs. Dalton Castille. Olivia Castille wielded her husband's influence and wealth shamelessly for her causes. Dalton Castille took no notice, or didn't mind, Thomas keenly observed.

Scanning the attendees Thomas relaxed, Mrs. Augusta Preston's absence a relief. Augusta was not a woman easily rid of. A widow possessing sufficient wealth and great beauty, he'd thought to enjoy a summer dalliance with her. Mrs. Preston was fishing for a more permanent arrangement, and that meant it was time to end their acquaintance. Not easily accomplished, as Thomas had hoped. No guilt threatened his serenity; his expectations and boundaries had been – always were – made clear from the beginning: a discreet, yet decadent affair replete with passion and pleasure, but without ties. No I-love-you's but sinful sweet nothings. That was Thomas' philosophy. He treated his women well and ended his affairs amiably, most often with a luxurious gift offered in appreciation for those feminine wiles he so enjoyed.

“
There you are,” the familiar voice greeted jovially. “I had every confidence it would never be obsessive Mrs. Preston that cowled the infamous Thomas Masterson. My faith is warranted.”

Thomas quirked a grin, folding his arms across his chest imperially. “Never that woman, Jonathan. My God!” He abandoned his stance. “Here comes my uncle. We'll have to put all talk of the
crazed
Mrs. Preston aside.” Turning and bowing slightly, Thomas addressed his Uncle Winston. “Good evening.”

“
It certainly is, Thomas. Your Aunt Dorcas will be delighted to see you. And good evening to you, Mr. Lane.”

“
I suppose two spendthrifts like yourselves won't mind making a small donation tonight.” Winston winked at the pair. “Mrs. Castille will be most pleased.”

“
I wouldn't dream of disappointing the dear Mrs. Castille. Of course I'll support her cause. What is it this season, Uncle Winston?”

Mr. Platte suppressed a laugh. “Clothing the tenant farmers' children, Thomas, a worthy endeavor. It will do you good to help those in need rather than...” He did not complete his thought aloud.

“
Your Aunt Dorcas will be hunting me sure as rain. Make certain you...”

“
I will lavish her with a nephew's love,” Thomas assured.

Winston smiled endearingly at his only nephew, more like a son since his wife's brother had passed. “Mrs. Platte will beam.”

His uncle strode into the crowd, and Thomas turned to Jonathan. “My aunt will be expecting your attentions also. The woman holds an inexplicable fondness for you.” Receiving no reply, Thomas tracked the angle of his friend's gaze. “Ah, an enchantment,” he stated dryly, clapping Jonathan's shoulder.

“
What was that you were saying?” Jonathan uttered, still distracted by the auburn haired beauty making her way through the hall.

“
That, my friend, is Mrs. Melody Brentwood. A vision, is she not?”

Thomas chuckled. “If you must know...”

“
You've not … engaged her company, have you?” The fervent hope of a negative response carried plain in his friend's expression.

“
I have not had the pleasure, no. The widow Brentwood is the younger daughter of Mr. and Mrs. Albert Grey, dear friends of my aunt and uncle.”

“
A widow,” Jonathan nearly whistled. “There is a God after all. No offense, Thomas, to the departed Mr. Brentwood.” He cast a serious glance at Thomas.

“
None taken,” Thomas replied. “Would you care for an introduction?” He knew well the answer. Gesturing forward, Thomas Stanton Masterson led the way, unaware that he strolled willingly, naturally toward the very meeting his aunt and uncle were scheming to contrive.

Winston heaved a sigh of gratitude. “You see there, Mrs. Platte? I assured you all would fall into place. You'll see. Have faith, good woman. Have faith.”

Mrs. Platte hid her smile behind her gloved hand. “Of course, dear. You always are right,” she declared, bolstering her husband's ego. So proud of his plan he was; so proud of him, she was. Muttering her prayer quietly, Dorcas Platte dared ask further assistance to her husband's ruse.

It is for a good cause, Lord.

“
A pleasure to make your acquaintance, Mr. Lane,” Opal Grey offered. “And of course, it is always nice to see you, Mr. Masterson. You remember my daughters, Mrs. Melody Brentwood,” she paused, casting a side long glance at Mr. Lane, “unfortunately widowed. And Miss Evangeline Grey.”

“
It has been quite some time, Miss Grey,” Thomas addressed her, ending the silent standoff. “I trust you are well.”

Those brown eyes regarded him curiously a long moment.

“
Quite,” she made her reply, adding nothing more.

“
Are you active in Mrs. Castille's bid to clothe the needy children?”

Again, that assessing gaze pinned him to the fringes of awkwardness. Her eyes brightened ever so slightly then, the mention of the charity surely the thing which lit the spark.

“
Yes, I am. I do hope you will consider doing your part. Outfitting the farmers' children will greatly ease the burden on their families and make their work more bearable during the cold winter.”

It was the most Thomas had heard her speak at once. Ever. Of course, a few years had passed since he'd last spoken with her.

“
Your hope is not in vain, Miss Grey. I shall aid your worthy cause just to please you.” Thomas flashed his most charming grin at the small creature before him, confident of receiving a flirtatious smile in return.