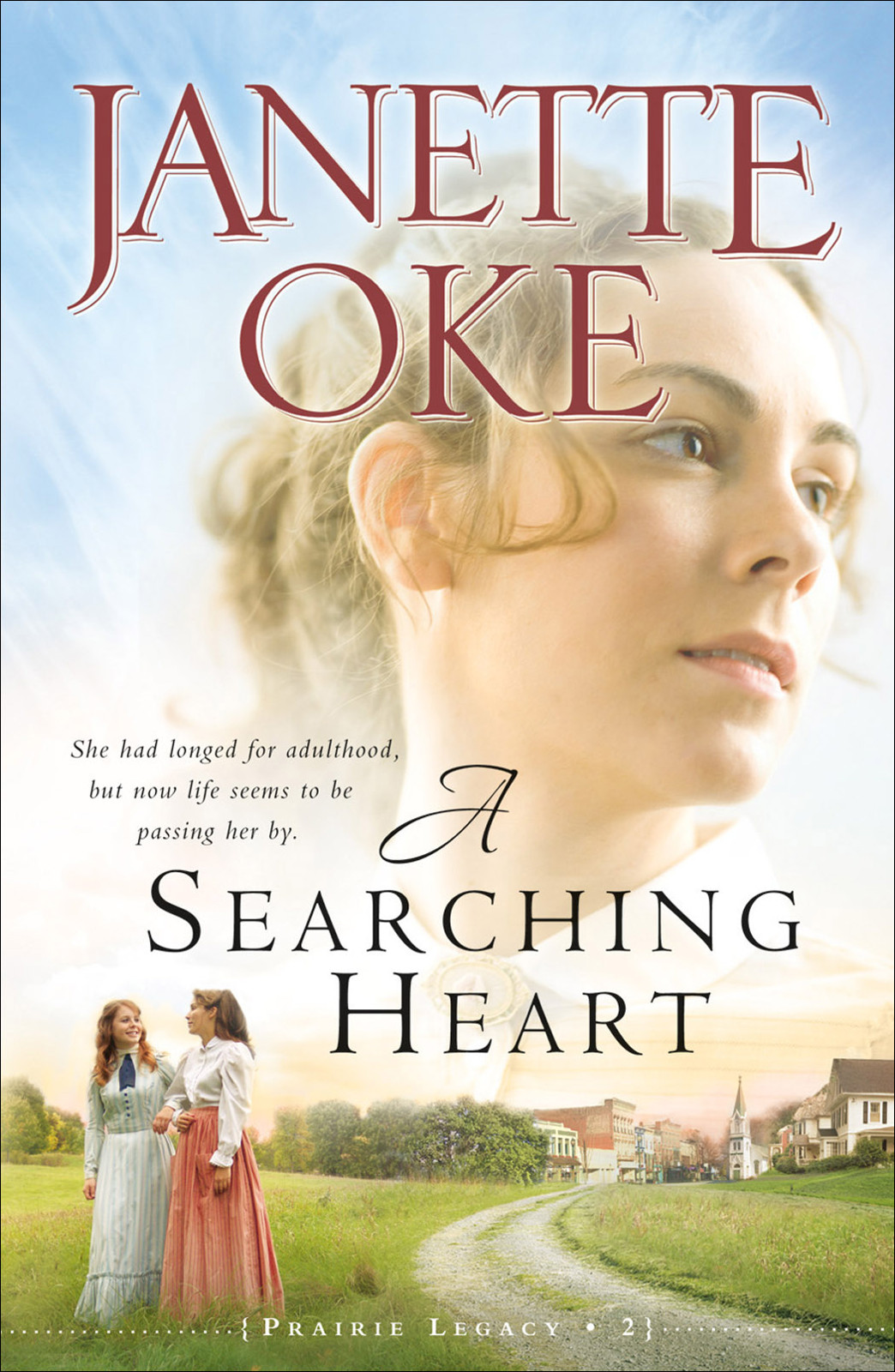 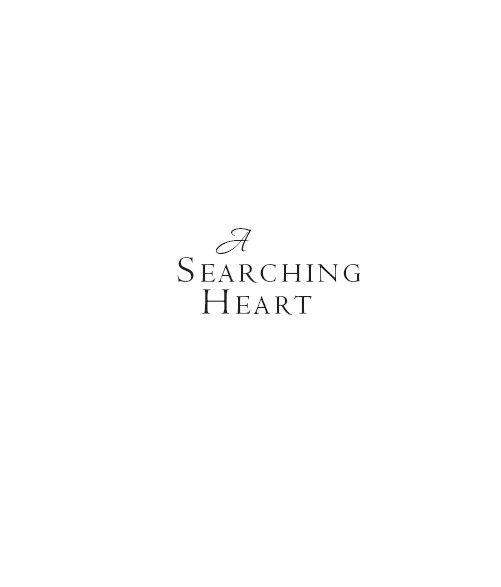 S
EASONS OF THE
H
EART

W
OMEN OF THE
W
EST

The Calling of Emily Evans â¢ Julia's Last Hope
Roses for Mama â¢ A Woman Named Damaris
They Called Her Mrs. Doc â¢ The Measure of a Heart
A Bride for Donnigan â¢ Heart of the Wilderness
Too Long a Stranger â¢ The Bluebird and the Sparrow
A Gown of Spanish Lace â¢ Drums of Change 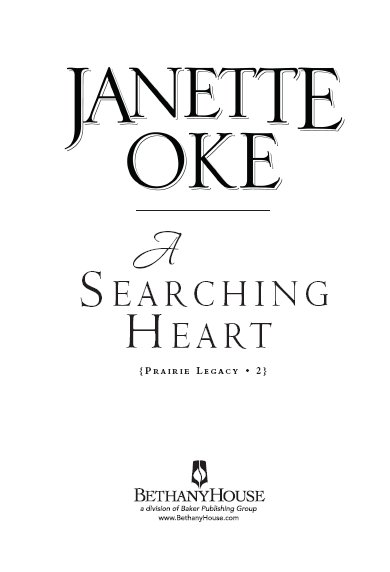 All rights reserved. No part of this publication may be reproduced, stored in a retrieval system, or transmitted in any form or by any meansâelectronic, mechanical, photocopying, recording, or otherwiseâwithout the prior written permission of the publisher. The only exception is brief quotations in printed reviews.

The internet addresses, email addresses, and phone numbers in this book are accurate at the time of publication. They are provided as a resource. Baker Publishing Group does not endorse them or vouch for their content or permanence.

JANETTE OKE was born in Champion, Alberta, to a Canadian prairie farmer and his wife, and she grew up in a large family full of laughter and love. She is a graduate of Mountain View Bible College in Alberta, where she met her husband, Edward, and they were married in May of 1957. After pastoring churches in Indiana and Canada, the Okes spent some years in Calgary, where Edward served in several positions on college faculties while Janette continued her writing. She has written over four dozen novels for adults and children, and her book sales total nearly thirty million copies.

The Okes have three sons and one daughter, all married, and are enjoying their dozen grandchildren. Edward and Janette are active in their local church and make their home near Didsbury, Alberta.

W
ith love and appreciation to

Thank you
for always making me feel
welcomed and loved
as part of the Oke family.

A Note From the Author

A number of years ago I took part in an autographing event at The Christian Light Bookstore in Nappanee, Indiana. I looked up to see a tall young man, not more than late-teens or early twenties, before me. Assuming he had been assigned to get an autograph for someone elseâmaybe his mother, or perhaps a girlfriendâI asked if he wanted me to personalize my signature with a name. “Just put Thomas,” he responded, which caught me by surprise. Then he went on to say quietly, “I guess
Love Comes Softly
is rather special to me. I, too, lost my mother when I was three years old.”

So over the years I have thought about Thomasâand prayed for him. I did not even know his last name, and I had no way of reaching out to him but through my prayers. And then I thought of trying to make contact with him again through one of my books. I did that on the dedication page of
The Tender Years
:

To Thomas of Nappanee.

I have no way of knowing if you will ever read this dedication or have the assurance that it was meant for you. The years have passed quickly and you now have reached manhood. Be assured that I often think of you and remember you in prayer.

You can imagine my thrill when I received a letter that began, “I'm Thomas of Nappanee. I don't know if I'm the one. . . .” But he was. His letter reintroduced me to a young Mennonite minister with a beautiful wife and five wonderful sons. In a way I feel that I've been reunited with family.

V
irginia stepped from the mercantile into bright sunshine and shifted the parcels she carried to divide the load evenly. It was silly, she knew, to be out already purchasing materials for baby things.
I'm rushing it. Papa will be giving another well-deserved lecture on impatience
, she reluctantly admitted. After all, her sister Clara had only just announced the evening before that she, Virginia, was to become an aunt. But even as Virginia chided herself, she smiled at her indulgence and shrugged. How could one just sit back and do nothing? It would be hard to wait.

Virginia let her gaze sweep up to enjoy the brightness of the late autumn day. Everything seemed to be right with the world. A few playful clouds floated aimlessly, not obscuring the sun but roaming the heavens on an unhurried mission of discovery. Birds in nearby trees twittered and called. Nest building was past. Even their parenting duties that had kept them busy providing food for searching, noisy bills was over for another year. Young fledglings had been taught to fly and to forage on their own. Soon they would be forced to test those skills on a first migration.

Fall flowers nodded colorful heads in the stirring air. It could not be called windâfor no wind blew. But still there was a shift of currents, just enough to make the flowers nod and the softly turning leaves whisper.

It was the kind of day that called for adventure. Virginia felt an unnamed longing to be involvedâto go somewhere, discover something, be a part of the world about her in a new and more fascinating way. Perhaps Grandma Marty would have labelled her feelings “the restlessness of youth.” Whatever it was, Virginia yearned for something different, more stimulating, than her day-to-day world. Then her eyes shifted to the parcels she carried. Surely here was all the excitement she needed. A new niece. Or nephew. What did it matter? This new family member, though yet unknown, was already loved and anticipated.

Though it seemed impossible now, she knew that the intervening months would pass quickly and Clara's new baby would be welcomed into the worldâher world. Still, it would be hard to wait. So hard to keep the secret that Clara had asked them to keep for a few more months. But she would honor her promise. She would not even write of it in her letter to Jamison, though she half feared she might explode with the effort of silence, particularly with Jamison, whom she told everything.

“Oh, my,” commented her mother as Virginia entered the kitchen door. “It looks like you've done some shopping.”

Virginia had hoped no one would be around to observe her impulsive purchases. Not that she felt they were wrong, but because she felt just a bit silly. She nodded now at Belinda's comment, her face flushing slightly.

“Going to do some sewing?” her mother went on.

“Something special coming up?”

Again Virginia nodded. It was special, though she was certain her mother expected something quite different in the

They had always shared peeks at new purchases, so it was nothing out of the ordinary for Belinda to be interested in what the parcels contained. Usually Virginia could not have waited to pour the contents out on the kitchen table to display all her girlish choices and watch for her mother's delighted response. Now she was torn, reluctant to reveal her impatience for the new arrival, yet anxious to share her excitement. Excitement won, and with a new flush to her cheeks, Virginia reached for the first parcel, ripping aside the mercantile's wrapping to reveal the soft folds of baby flannel.

She watched as her mother reached out to gently caress the fabric, her eyes misting. That was all the encouragement Virginia needed. Eagerly she tore the wrappings from the other bundles. Out tumbled more materials for baby garments and softly colored yarns for knitting.

“I thought
I
was excited,” laughed Belinda, casting a glance at her daughter, then returning to examine the baby items.

“ButâJune? That's such a long time to wait.”

“About the time you will be graduating.”

Virginia stirred. “I had thought graduating would be the most exciting thing to happen,” she said thoughtfully, “but now . . . I think Clara's baby . . .” She let the sentence go unfinished.

Belinda reached out and patted her hand. “Time will pass quickly,” she promised again. Then she leaned back in her chair and added somewhat nonchalantly, “By the way, Danny picked up the mail when he was out.”

Virginia gave a shriek and raced across the room to where a lone envelope lay on the small table by the door. Another letter from Jamison! Even excitement over baby garments suddenly paled in comparison.

“ . . . but Jamison doesn't care much for the new football uniforms. The colorâ”