Read A Spell of Winter Online

A Spell of Winter 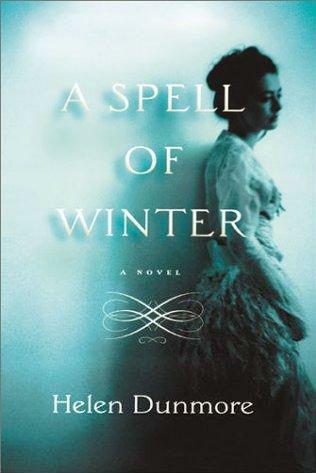 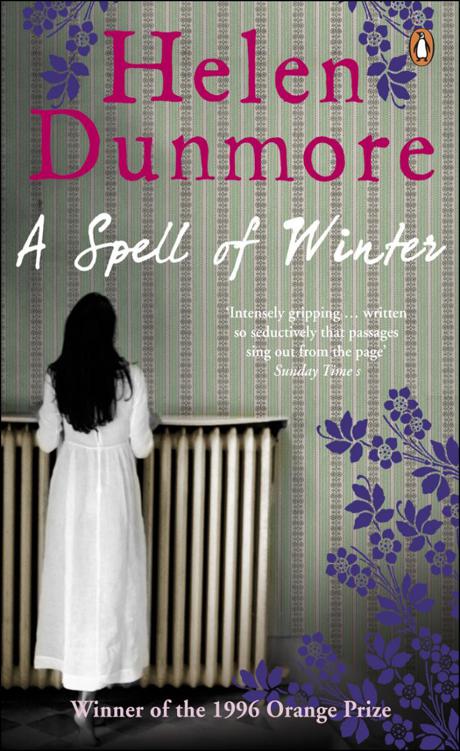 A SPELL OF WINTER

‘It bears the distinctive lyrical beauty of its predecessors … Helen Dunmore is an unusually fine writer. There is a strong and sensuous magic to
A Spell of Winter
’ – Gill Hornby in
The Times

The book’s rich imagery moves between the stark, harsh winter world that Cathy loves and the warm summers she loathes when the air is thick with the scent of roses and painful memories … beautifully written’ –
Sunday Express

‘An understanding of love that defies all the old formulas’ –
Options

Helen Dunmore has published nine novels with Penguin:
Zennor in Darkness,
which won the McKitterick Prize;
Burning Bright; A Spell of Winter,
which won the Orange Prize;
Talking to the Dead; Your Blue-Eyed Boy; With Your Crooked Heart; The Siege,
which was shortlisted for the 2001 Whitbread Novel of the Year Award and for the Orange Prize for Fiction 2002;
Mourning Ruby
and
House of Orphans.
She is also a poet, children’s novelist and short-story writer.

A Spell of Winter

‘I saw an arm fall off a man once,’ said Kate. She turned the toasting-fork to see how the muffin was browning, then held it up to the fire again. We stared at her.

‘Yes,’ she went on, ‘it was in my grandfather’s house in Dublin. They were bringing my uncle Joseph down the stairs. Narrow, twisty stairs they put in houses where they’d given no thought to the living or the dead. You couldn’t get a coffin up them. But my grandmother had kept the body too long in the house. She was mad with grief, she didn’t want him to go. She kept putting more flowers in the room, shovelling flowers in on top of him to hide the smell. Then she’d be sitting with him all night long.’

‘Was that your grandmother O’Neill?’ I whispered to the flames.

‘Who else would it be? You know my daddy was the eldest of the twelve. But this one, Joseph, was his next brother and the favourite. If there was meat or meal, it would be Joseph got the meat.’

‘Did you know him before he was dead?’

‘Who’s telling this story? He was twenty-six when he died with a kick from a cart horse. How could I not know my own uncle?

‘Well now, Joseph must have been up there a week or more, with my grandmother lighting fresh candles round him and saying prayers enough to wear out the saints. No one else’s prayers were good enough for Joseph, only hers. I remember the talk in the house. We were giving scandal. It was the middle of summer, and hot. My mother wouldn’t go near the house in her condition, and the smell had driven everyone but my grandmother from the room. That was when it was decided that they would force her to have him brought down and taken out of the house for burial. She wouldn’t even see the priest, so it was my father had to go up and talk to her. But she wouldn’t listen. In the end four of them had to take her by the ankles and elbows, kicking and screaming to wake the dead. They shut her in the scullery until it was done.’

‘There was no lock on the door. My aunts sat in with her and there were two men set to guard it so she couldn’t burst out. But the noise she made was terrible. So it was left to my father to bring Joseph down, with only Dodie to help. That was his next brother after Joseph.’

We nodded. We knew about Dodie, who never held a job or went out of the house if he could help it.

‘They were bringing him down the curve of the stairs,’ said Kate. She laid the muffin down on the hearth and showed us with her hands how the men eased the body round the narrow top of the stairs. ‘There we were, all of us looking from the kitchen.’

I saw them in rows, Kate with her bold eyes staring the most.

‘And the noise of my grandmother from the scullery, with her shawl thrown over her head though that didn’t muffle the screeching at all. And then there was a smack where Dodie stumbled. I heard my father curse and the wall shook as the pair of them fell to their knees trying to get their balance and keep poor Joseph from falling. And we heard a terrible soft sound like the leg being sucked off a cooked chicken, and there was Joseph’s arm bouncing down the stairs to the floor below. It lay on the floor in front of our very eyes,’ said Kate.

‘What did it look like?’ asked Rob. His voice had gone growly with excitement. I said nothing. I stared at Kate, and I saw white strings like roots coming out of the arm as it bounced down the wooden stairs.

‘It had a silver shine on it,’ said Kate, ‘like the shine on money. But underneath the flesh was puffed up and purple. And the hand was swollen bigger than any hand I’d ever seen.’

‘Did they pick it up?’ I whispered.

‘Oh yes, they had to do that. You can’t be burying bits of a body here and there. But for a long while no one moved, and the only sound was my grandmother drumming her heels against the flags in the scullery. Of course she knew nothing of what was happening, nor ever did, for no one told her. Not even the youngest child that was there that day.’ Kate held her empty toasting-fork up to the flames, forgotten.

‘It was my aunt Kitty who picked up Joseph’s arm. She took one of the white baking cloths from the drawer and went forward and laid it over the arm. Then she picked it up wrapped in the cloth like a shroud and took it out of the house. As she went past us we saw a stain seeping through the white.’

We sighed deeply. There was no sound but the puckering of the flames. The muffins were singed and dry, but who would want to eat them now? Then I thought of something.

‘But where was your grandfather, Kate? Wasn’t he in the house to make them bury Joseph before his arm fell off?’ I knew that all twelve of them were afraid of their father, Kate’s grandfather. I could close my eyes and see him plain from what Kate had told me. A little, wiry, jockey of a man. He should have been tall, but he grew up in famine times when there was no food for a child to grow on, said Kate. His tall sons and daughters stood over him and he lashed them with the whip of his tongue as if they were slow horses.

‘He was away,’ said Kate. Her face closed up and we knew she would tell us no more about where her grandfather had been. ‘They got Joseph out of the house as quick as they could, and into his coffin. I heard Aunt Kitty say it was God’s mercy he didn’t fall to pieces entirely, there on the stairs. He had a quick burial.’

‘Oh, eight or so. A little younger than you and a little older than this one,’ she said, tapping my head. She leaned forward and poked the fire. ‘These muffins are like leather. Away down to the kitchen, Cathy, and ask Mrs Blazer for fresh.’

I hesitated. ‘Kate …’ I wanted to ask more, but I didn’t know what questions to ask. Was she going to tell Rob, when I was out of the room, because he was older? And besides, there was the long flickering passage, and the dark turn of the stairs to go down …

‘Well, are you going or not?’ she demanded impatiently. ‘It’s you that’s eating these muffins, not me.’

I moved slowly to the door. I looked back at Kate and Rob in the circle of firelight. A cold draught felt at my ankles. Kate’s strong white arms speared the dead muffins and tossed them unerringly into the wastepaper basket. She looked so sure and brave, even though she was the one who had seen the dead arm with her own eyes, when she was just my age. I wondered if I would be as sure as Kate when I was older, when my skirts were down over my boots the way hers were. I would wear stays then, like Kate, and have a shape that went in and out and made you want to put your arms tight around her waist to feel its narrow springiness. I was Cathy and she was Kate. We had the same name really. I was Catherine and she was Kathleen, but no one had called her that since she was baptized at two days old.

Mother was gone, and Father was away. There was Kate to look after us, and Eileen in the sewing-room, and the kitchen warm and humming with people. There was Grandfather in London. There was nothing to be frightened of here. The fluttering shadows only startled me because they were sudden, like moths’ wings.

‘What’s wrong with the girl?’ snapped Kate at the fire, and it snapped back a slim tongue of flame, as sharp as hers. I went.

It is winter in the house. This morning the ice on my basin of water is so thick I can not break it. The windows stare back at me, blind with frost. Inside my nest of quilts I am warm, and Rob’s coat presses down on me like two hands. I huff out my breath and watch it smoke.

I can see nothing through the frost flowers on the glass. I wonder if it is snowing yet, but I think it is too cold. It will only take a minute to rake out last night’s fire and build up a fresh pyramid. There is always enough wood. All I have to do is walk out and gather it. There are five years of rotting trees and fallen branches which have been left to lie in the woods.