A Total Waste of Makeup 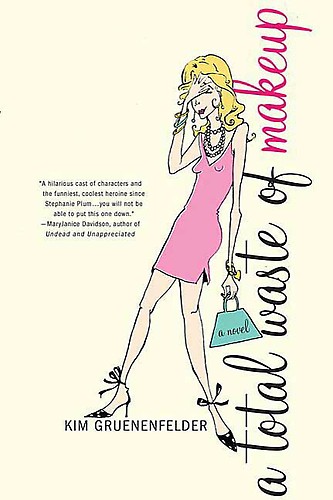 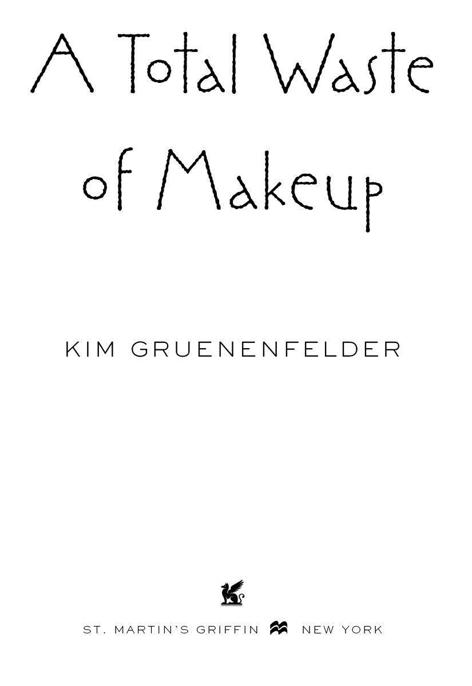 To Brian and Alex—the loves of my life

Don’t wait by the phone.

Okay, so when my great-grandniece reads this, it’s probably going to be, like, 2106, and by then there will not only be pagers, cell phones, e-mail, and answering machines, but some necklace that can reach you at any time, day or night. Which really just means that women will be perpetually waiting by the phone—painfully aware that no one is calling, even while they’re out shopping, or at the gym, or doing whatever else they can to try to get their minds off the fact that the guy they’re waiting for still hasn’t called.

I am sitting on my living room sofa, an empty carton of Ben & Jerry’s by my side, trying to give advice to a great-grandniece I’ve never met. Why? Well, I’m turning thirty soon. And I recently started thinking about all of the things that I wish I had known when I was younger. Basic universal laws that don’t change from year to year, century to century.

I started out writing to my great-granddaughter. But the way my love life’s going lately, the poor dear is nothing more than a pipe dream. I’m now betting on my engaged sister’s chances of procreation—hence, the great-grandniece.

What am I writing? Pretty much anything I wish I had known at sixteen, and wish I could force myself to remember at twenty-nine.

Never chase a man. Let him chase you.

Exceedingly simple. And yet, how many times have we women bought into the lie that some men “just need a little prodding,” then done something stupid, like ask him out?

If someone has a
SORRY
,
IT WAS A SENIOR MOMENT
bumper sticker on their car, stay at least three car lengths behind them.

Because, really, every teenager should know that.

Don’t wait by the phone.

Or course, as I write this, I wait in desperate hope for Dave to call. We’ve had three dates. No sex yet. I wonder if that killed the deal.

My home phone rings. Hallelujah! My prayers are answered!

I pick up, putting on my cheeriest voice. “Hello.”

“I think your father’s gay.”

Oh, for God’s sake. Now here’s the type of conversation I’m pretty sure our foremothers never had. “Mom, Dad’s not gay.”

“Don’t be so sure,” Mom says. “Jeannine kicked him out again. He asked if he could stay at my house tonight.”

My parents are divorced, but they’re best friends. Yes, I am from Los Angeles. How’d you guess? “Well then, he’s not gay,” I insist. “If he were, he’d be staying with a guy named Steven tonight.”

“Oh, sweetheart, you’re just so naïve,” my mother declares. “You want to cling to the illusion that your father’s straight so that you can go on to be a happily married woman. We discussed it in therapy.”

“My therapist and me.”

“I blame myself,” Mom continues, ignoring me completely. “I was always a fag hag. So open-minded, so understanding. Naturally your father couldn’t help but be drawn to me.” As my mother begins some sort of monologue, I tune out, choosing to write the following in my journal of advice:

Don’t wait by the phone! Ever! If you do, the guy you like won’t call. Your mother will!

“…and then there’s his love for musicals!” Mom continues. “I mean, how many times can a guy see
Annie Get Your Gun
? And for God’s sake, an English major???? What was I thinking?”

For the record: It was the seventies, free love reigned, and I doubt either of my parents were thinking. I doubt they were talking. I’m going to go out on a limb here and say I think they were just having sex. Oh….

If you are a teenager when you read this, let these next words of wisdom be the most important: boys your age desperately want to have sex. They will say and do anything to get sex. They will pretend to love you just to get sex. Girls, on the other hand, desperately want to have a boyfriend and be loved. They will sometimes use sex to get that love. This is why you should wait until you’re sure a man really, really loves you before you cave in….

…before you give yourself to him.

In other words, a fifteen-year-old male would fuck a snake if someone would hold it still long enough. By thirty, they’ve matured, and will only do it if the snake is still hanging around the bar after last call. Hmmm. Perhaps I’m getting bitter in my old age.

And remember, even when those boys do grow up—the sex thing never completely goes away. This explains a phenomenon in my generation called Pamela Anderson.

Well—what am I supposed to say? They never get better? That people make entire careers out of trying to translate between men and women? That if I could figure them out even vaguely, I’d be happily married by now, or at least happily in a committed relationship, or at least not still waiting by the phone just weeks before my thirtieth birthday?

“Are you listening to me?” my mother screams into my ear.

“Well, of course you’d have to defend him. He’s your father.”

As my mother continues babbling, I pull my cell phone out of my purse, and call my home phone. I wait for the beep.

“Tell them you’ll call them back.”

“Loveyoubye,” I say in one rushed word, then abruptly hang up.

Oh boy, do I have a few bits of advice to write on parents:

Hide everything from your parents.

Particularly if they are ex-hippies who think that they’re “understanding.” My mother is a fifty-five-year-old party girl who still sneaks off at parties to smoke pot. She thinks she’s my best friend. Why is it every mother in the world thinks her daughter is her best friend, and yet everyone’s mother makes them crazy? Oooh, that’s good.

Your daughter is not your best friend. And no, your relationship’s not different!

“I need to talk to you about the wedding,” my sister Andrea (Andy) says in a rushed tone. She refers to all of her wedding plans in a rushed tone—despite the fact that she quit her job the second her fiancé proposed, and has had nothing to do but plan the wedding for the past month. Okay, it’s in only three weeks, but still.

And, to answer your next question, she says no, she’s not pregnant. But we’re thinking they’ll announce the heir apparent as soon as the wedding’s over.

“How do you feel about salmon?” Andy asks as though the fate of the free world depended on my answer.

Did I mention I have the dubious distinction of being the maid of honor?

I immediately write in my book:

In the 21st century, no woman in the world ever wore her bridesmaid’s dress “a second time”—except to a Halloween party.

I manage to stumble out a “It’s not one of my best colors.”

“Tell your sister you’re a ‘summer,’” my mother says sternly. “Salmon is a ‘spring.’ And I’m not paying fifty thousand dollars for a wedding so she can dress you like a fish.”

“Mom, where are you calling from?”

“The bridal shop. I snuck into the alley. Andy thinks I’m smoking a joint.”

“It was
her,
wasn’t it?” Andy uses a tone with me like I was talking to my mistress.

Don’t get excited—it’s not Dave. It actually is my father. He heard the expression on T.V. once, and he’s a little unclear on the concept.

“Your mother’s crazy as a loon.”

“I mean, this is, like, the thousandth time she’s accused me of this. I’m tempted to go over to her house right now and prove to her how straight I am, but of course that’s how you got here in the first place.”

Wow! Was that ever too much information? “Dad, Andy’s on the other line, and…”

“She wants to put you in a salmon taffeta monstrosity with pouffy sleeves. I suggested a beautiful silver Vivian Tam you could actually wear again.”

“Right now, I wish I was. Women think too much. They always want to define everything….”

As he starts lamenting about his problems with Jeannine, his second wife, I hear the holding call click dead, then my cell phone rings the cancan song. “Dad, that’s Drew,” I lie. “I have to go.” I know it’s Andy calling my cell impatiently.

“Love you,” he says, then hangs up immediately. One advantage of Dads over Moms—they always let you get off the phone.

I pick up my cell. “I’m sorry. That was Dad. They’re fighting again.”