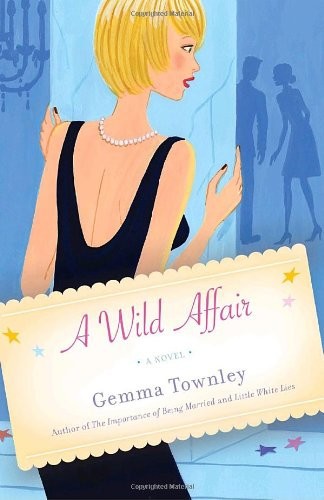 Praise for
The Importance of Being Married

“A witty, delightful, and brilliant comedy. I loved it.”

“Chick lit with a clever twist, Townley's latest is a wild, fun ride.”

“Is it really ‘Just as easy to marry for money?’ Gemma Townley provides a how-to—as well as a hilarious and heartfelt answer. A fastpaced, fun read.”

Praise for
The Hopeless Romantics Handbook

“A wonderful and entertaining tale of true love and the obstacles to finding it. [Townley's] characters are interesting, fun and richly drawn…. This is a romantic comedy with sizzle.”

The Importance of Being Married 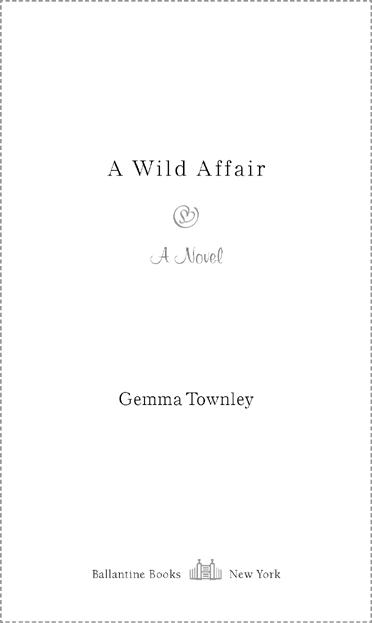 FOR MY PARENTS, DAVID AND PATRICIA, WITH LOVE

Many thanks as always to everyone who helped me write this book—to my agent, Dorrie Simmonds, my editor, Laura Ford, to Mark, to Carol, to my mother, and to Atty I couldn't have done it without you!

“WE'RE REALLY GOING TO GET MARRIED?” I snuggled into Max's chest. Max, my fiancé. Max, the man with whom I was going to spend the rest of my life.

“We really are,” he confirmed, grabbing the remote control from where it had fallen under the duvet. Our duvet. I was still getting used to the idea, still pinching myself on a regular basis to check that I wasn't dreaming.

“So I'm going to be Mrs. Wainwright?”

“You will if you decide to change your name.”

“If?” A line of concentration was creased into Max's brow, which I scrutinized. What was he trying to say? “You don't think I should?”

Max shrugged, kissed me, and looked back at the television. “It's up to you. Personally I like your name. I think it would be a shame to change it.”

I digested this for a few minutes, letting my paranoia dissipate slightly. I wasn't naturally a paranoid person. Then again, I'd never really been in this territory before. In love, I mean. I'd thought I was immune to the whole concept until I met Max; thought it was a sign of weakness, an irrational response to the influence of romantic novels and makeup ads. But recently, things had changed somewhat; in the space of a few months, I'd gone
from workaholic and determined singleton to love-sick fiancée, which meant that new rules were required—I just had to figure out what they were. It was simply a matter of adjustment.

“I guess I'll think about it,” I said, lightly. Max nodded; he seemed unconcerned. Me … I
was
concerned. This time, I wanted to get everything right, unlike the last time I walked down the aisle. I wanted this marriage to be perfect.

Not that I'd been married before. Just … you know
… nearly
married.

Actually, it's kind of a long story. And not the kind of story you tell at dinner parties, unless you're forced to.

“So what are we doing this weekend?” I asked. “Why don't we go out for dinner tonight? I can tell you all about the meal plans I'm considering for the reception. And we need to think about the wedding list, too.”

“Tonight?” Max turned to me, a flicker of worry on his face. “Actually, tonight's not that great for me, I'm afraid.”

I looked at him accusingly. “And you're telling me this now?”

He shifted uncomfortably. “Something's come up. I got a call last night …”

“I knew it!” I thumped him. “You said that call was nothing. I knew you were acting funny afterward.” He had, too. His mobile had rung at ten and he'd walked out of the room to take it, which was normal, but when he'd come back in he'd been … I don't know. Shifty. Guilty. And now I knew why.

“Sure I do.” I felt a thud of disappointment, but pushed it aside. Max didn't have to spend every moment with me, after all. Even if it was Saturday night.

“It's a business thing,” Max said with an apologetic shrug. “A client dinner.”

I nodded with what I hoped was an understanding look. I could be strong and in love, I told myself firmly. The two could go
together quite nicely if I tried hard enough, in spite of what Grandma used to say. Grandma hadn't been a great believer in love. Love had been the downfall of my mother, she'd told me again and again. False hopes, irrationality, weakness, and a loss of moral compass—these were the things that love achieved. Mum died in a car crash, but that didn't stop Grandma from blaming her love of lipstick, her determination always to raise her skirt hem just a little too high, her weakness for tall, dark, handsome strangers, for her untimely death. “Mark my words,” she'd say at least once a week, “hard work and independence are the only things that will get you anywhere in life. View romance as your enemy, Jessica. You may not notice it at first, but eventually it will bring everything crumbling to the ground.” Of course, it didn't help that Grandpa left her around the time that I was dumped on her as a young child. She blamed that on my mother, too. And me. And men in general. To be honest, growing up hadn't been a whole lot of fun. “Fine,” I said. “I mean, that's no problem. I'll just … I was hoping for an early night, anyway.”

“I thought you wanted to go out to dinner?”

Max was looking at me curiously, a little smile playing on his lips.

“I was just being polite,” I said defensively.

“You could go out with Helen,” Max suggested.

“I could,” I agreed. And he was right, I could. But I didn't want to go out with Helen; I wanted to go out with him. Lately, he'd been so busy—dashing out regularly to go to the office or to visit a client after work—and I'd offered to help a million times but he just brushed me away and told me not to worry, that everything was fine. And everything
was
fine, more than fine, actually. “I just, you know, wanted to spend the evening with you.”

Max nodded. “I know. I'm sorry. I'd like nothing more than to spend the evening with you, too. It's just … you know. I'm managing director now. I have to make this work.”

“I know,” I said despondently. The truth was that Max was determined to succeed in his new role and it was taking up all his time. Which was fine by me, particularly since it was kind of my fault that he was heading up the firm in the first place. And my fault that he had fallen out with his best friend, Anthony, who used to run the firm instead. He always told me that it was the best thing that ever happened to him, but still … the least I could do was to be supportive.

“So why don't I come with you?” I perked up suddenly. After all, if it was his client, then it was my client, too. I was an account director at Milton Advertising now—had been for four months. Max had eventually promoted me after being assured by everyone in the company that it wouldn't smack of favoritism.

“Oh, right.” I bit my lip. “No, actually that's fine. Absolutely fine.” I looked around the room. It
was
fine. I'd spent plenty of Saturday nights without Max before we got together and I could do the same now. I could catch up on some work. Read a book. Read one of the current affairs magazines that were piling up on the kitchen table. I could … I sighed. I didn't want to do any of those things. “Actually I think I'm going to get up now,” I said, pulling myself out of bed, a slightly sulky tone creeping into my voice. “I'm going to make some breakfast. You carry on watching the news if you want.”