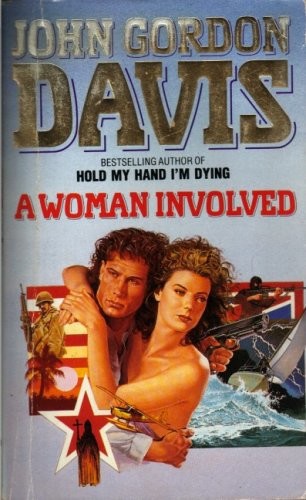 This novel is entirely a work of fiction. The names, characters and incidents portrayed in it are the work of the author’s imagination. Any resemblance to actual persons, living or dead, events or localities is entirely coincidental.

All rights reserved under International and Pan-American Copyright Conventions. By payment of the required fees, you have been granted the nonexclusive, nontransferable right to access and read the text of this e-book on-screen. No part of this text may be reproduced, transmitted, downloaded, decompiled, reverse-engineered, or stored in or introduced into any information storage and retrieval system, in any form or by any means, whether electronic or mechanical, now known or hereafter invented, without the express written permission of HarperCollins e-books.

HarperCollins
Publishers
has made every reasonable effort to ensure that any picture content and written content in this ebook has been included or removed in accordance with the contractual and technological constraints in operation at the time of publication.

To Minna and Max Lucas

‘Who murdered you?’ people cried at the corpse.

There was no autopsy to find out why he died. Yet he had been in excellent health. No death certificate was ever published. And when he was embalmed, within twelve hours of his death, the morticians were forbidden to draw one drop of blood off his body. For three days Pope John Paul I lay in state in the Basilica of Saint Peter’s, and thousands of people filed past the coffin to pay their last homage to the Pope who had reigned for only thirty-three days. At seven o’clock on the third day the doors of Saint Peter’s were closed, and the body lay in flickering candlelight for the last night, Swiss guards standing vigil at each corner of the catafalque. But at seven-thirty, through a side door, entered some more pilgrims. They came from the Pope’s birthplace, and they had received special permission to come late to pay their last respects. They began to file past the body, mourning. Then something strange happened.

Suddenly a group of Vatican officials and doctors appeared. The pilgrims were told to leave immediately. They did so, bewildered. Then the Swiss guards were ordered to leave. Then big crimson screens were erected around the body, so that nobody who had chanced to hide inside the massive basilica could see what was happening. The officials and the doctors began an examination of the Pope’s body, behind the screens.

The examination lasted one and a half hours. The press demanded to know whether this had been a belated autopsy, but the Vatican announced that it had been a routine examination, lasting only twenty minutes, by the morticians and a professor of medicine to check on the state of preservation of the body.

But neither the morticians nor the professor were even present.

He was probably the most popular man in the world when they tried to murder him.

There were thousands of people in Saint Peter’s Square to attend the papal audience in front of the basilica. At about five pm Pope John Paul II appeared in his popemobile and a roar went up from the crowd. He stood in his vehicle, beaming, dressed in white, his arms outstretched, waving and leaning out to touch people as he rode slowly between them. Then suddenly the shocking shots rang out.

They were fired from seven feet away. Two bullets struck Pope John Paul II in the abdomen, three more grazed him. He clutched himself and lurched, then he fell back into the arms of his private secretary. There was pandemonium. The screams from the crowd, the shock, the horror, the surging. A young man was trying to race away, dodging and shoving, but within moments outraged people overwhelmed him.

He was a Turk. His name was Mehmet Ali Agca, and he claimed he had been hired by the Bulgarian secret service to assassinate the Pope.

It was bitterly cold. The windswept South Atlantic was icy. On the archipelago of hard, bleak islands the Royal Marines were outfighting the Argentinian soldiers who had invaded the far-flung British colony. But it was in the skies that the outcome of this war could be determined, since the British forces were over seven thousand miles from home and their troop ships and lines of supply were very vulnerable to aerial attack.

The fighter plane of the Argentinian Air Force came screaming out of the bleak west, and suspended under its wings were deadly exocet missiles. Out on the black ocean the British warship steamed towards the rocky beaches. When the Argentinian aircraft was still miles away from the ship the pilot pressed the button and the exocet’s rocket fired, and it unleashed itself.

The rocket went streaking over the sea, its electronic equipment unerringly telling it where to go, homing in on the
man’o’war. On board the British warship they hardly knew what hit them.

It hit them with a mighty blinding crash that rent through the ship, steel and machinery flying midst flesh and blood and bone, and within minutes the ship was engulfed in terrible fire and killer smoke, and men were jumping into the freezing sea to escape the flames.

It was before dawn when they found him.

The man hung from the ironwork of Blackfriars Bridge, his arms limp by his side, the rope gouging into his neck. He was podgy and smallish, with a bristling black moustache and black, thinning hair. His eyes were bulging, and he was very dead. The police hauled him up, and when they searched through his well-cut suit, they found ten kilos of bricks in his pockets, and over fifteen thousand dollars in cash.

His name was Roberto Calvi. He had a forged passport, and he had recently been convicted of serious currency offences in Italy. He was the president of Banco Ambrosiana, financial adviser to the Vatican Bank, and he was called ‘God’s Banker’.

There were still some pockets of resistance in the jungled mountains, but the island was quiet for the first time since the war began. There was a curfew.

On the runway, an aeroplane stood ready to fly the bodies of soldiers back to America for burial. In the mortuary the coffins stood in rows, labelled, ready to go. In the dispensary, Medical Corporal Smythe was drinking Coca-Cola and surgical alcohol. His portable radio was on, but he was drunk and hardly interested in it; but then he heard something that made him pay attention:

‘
It has been officially announced by the Pentagon that the number of American servicemen killed in the recent invasion of Grenada is only eighteen. Their bodies are being flown home from Grenada tonight …
’

Corporal Smythe wondered if he had heard right.

Eighteen?
…  But he
knew
there were only seventeen! He had laid the poor bastards out.

Corporal Smythe felt a flash of self-importance. He was in the news – they were talking about
his
job! …  Millions of people across the world were being misinformed, and only
he
knew the Pentagon was wrong! He wanted to tell people. And he couldn’t. Then frustration turned to indignation – the goddam Pentagon had made a boo-boo …

Corporal Smythe sat there, then he got up aggressively. He opened the dispensary door, and started down the corridor.

He came to the mortuary door, and unlocked it.

There were the coffins, in three silent rows. Corporal Smythe pointed at the first one, and started to count.

He had only counted half when he realized that the radio had been right: there were
six
coffins in each row!

Corporal Smythe stood there, astonished. Where had the other one come from?

He walked indignantly to the first coffin. He peered at the typewritten details fixed onto the lid.

He went down the row, reading each label. He remembered each name. Halfway down the second row he stopped.

Who had put another body in his mortuary without telling him?

He stared down into the open coffin.

There was no corpse in the coffin. No Sergeant Jackson. Only sea sand.

The sun shone bright and the sea was like glass.

A launch lay at anchor near a coral reef off the Caribbean island of Grenada. A man sat on the after deck, in swimming trunks, drinking a bottle of beer. Near him lay an airtank, goggles and flippers. His name was Max Hapsburg, and he was half German with big blue eyes that were very intelligent, but his dark good looks came from his Greek mother. He was about thirty-eight, and he was known to most big bankers of the world.