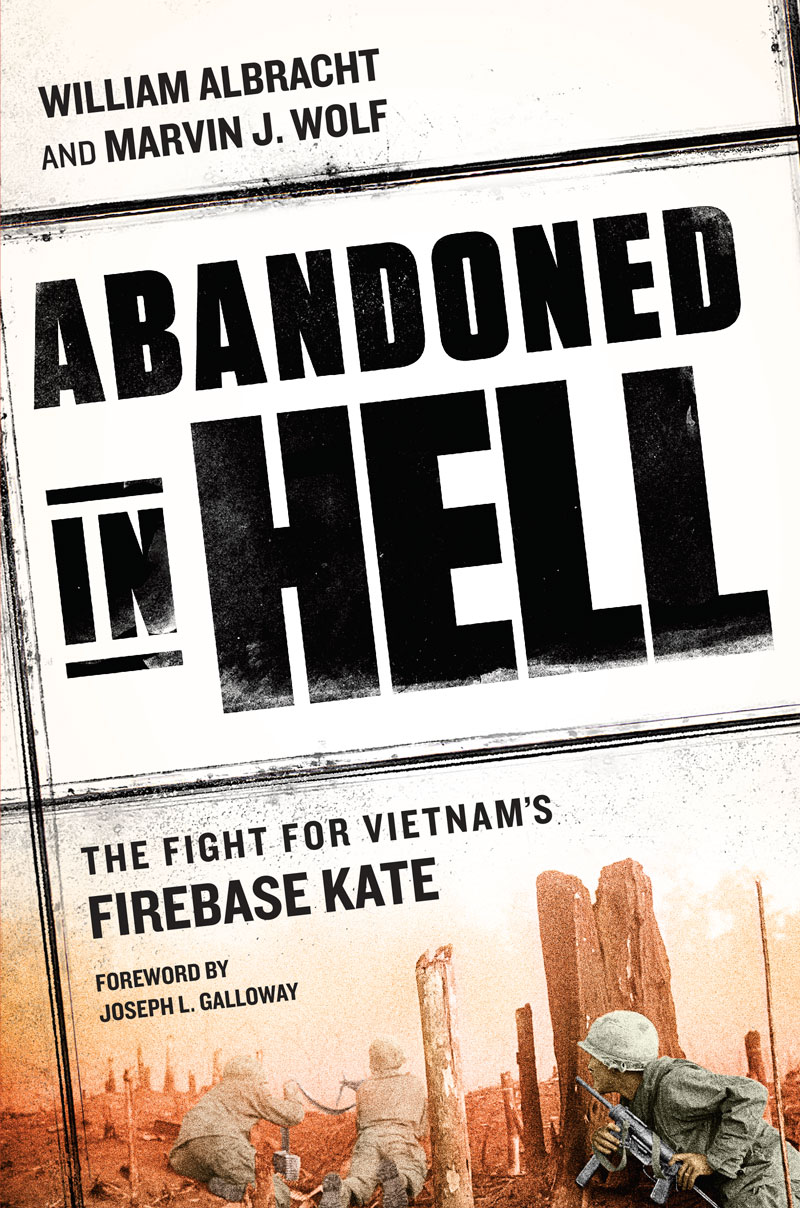 For Whom the Shofar Blows

Where White Men Fear to Tread 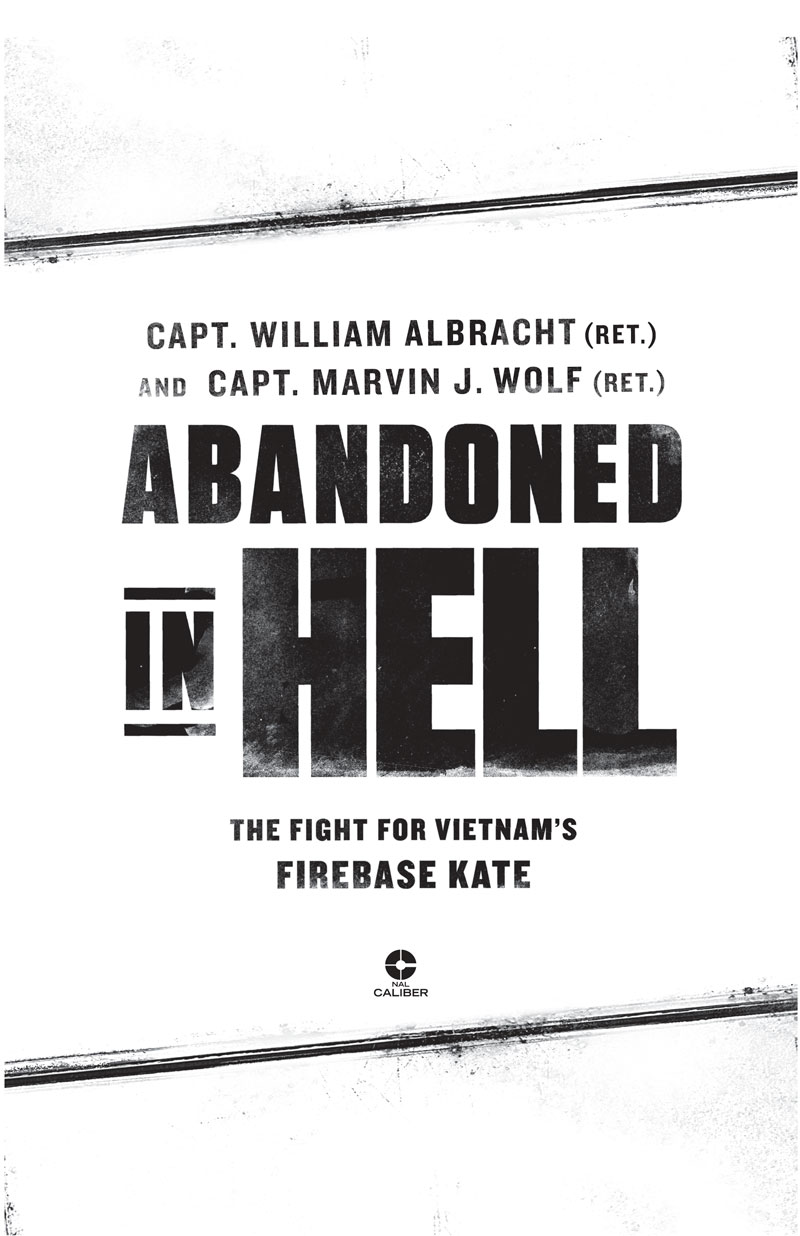 NAL CALIBER and the “C” logo are trademarks of Penguin Group (USA) LLC.

While the author has made every effort to provide accurate telephone numbers and Internet addresses at the time of publication, neither the publisher nor the author assumes any responsibility for errors, or for changes that occur after publication. Further, publisher does not have any control over and does not assume any responsibility for author or third-party Web sites or their content.

VIEWS FROM HIGHER UP

This book is dedicated to the 156 Rhade Montagnard soldiers from Civilian Irregular Defense Group companies based at Special Forces Camps Trang Phuoc and An Lac who fought the North Vietnamese Army's murderous attacks on Firebase Kate. I have good reason to believe that every striker who survived the hellish five-day siege is now almost certainly dead, either from natural causes, from the hazards of a long, brutal war, or, sadly, from the campaign of savage repression waged by the Communist regime that followed the fall of Saigon. None of the 27 Americans who served on Firebase Kate would have survived the enemy's onslaught if these short, wiry, dark-skinned, and unshakably loyal fighting men had not stood their ground, bled and died and fought as bravely and as well as any soldiers on the
planet.

I'd like to have two armies: one for display with lovely guns, tanks, little soldiers, staffs, distinguished and doddering Generals, and dear little regimental officers who would be deeply concerned over their General's bowel movements or their Colonel's piles, an army that would be shown for a modest fee on every fairground in the country. The other would be the real one, composed entirely of young enthusiasts in camouflage uniforms, who would not be put on display, but from whom impossible efforts would be demanded and to whom all sorts of tricks would be taught. That's the army in which I should like to fight.

I
n war, each day brings thousands of decisionsâsome good, some bad, some deadly for those who must carry out the orders that flow from such decisions. This book is about a deadly decision taken in the fall of 1969 to create a small artillery firebase in the Central Highlands of South Vietnam and dangle that post as bait for thousands of North Vietnamese Army regulars just two miles away behind the Cambodian border.

At this point in the Vietnam War, President Richard Nixon desperately wanted a big battle that would force the South Vietnamese Army to prove that it
could
fight and that it
would
fight. He wanted a success to show that his strategy of handing over the war to the South VietnameseâVietnamizationâwas working. Nixon's intent trickled down to the Pentagon, and from there to the US headquarters in Saigon, and thence to subordinate headquarters.

Thus was born Firebase Kate, one of three such bases created around Bu Prang Special Forces Camp deep in the Central Highlands. No part of this grand strategy was communicated to the handful of Americans and a larger handful of Montagnard tribal mercenaries who would occupy a makeshift hilltop fortress urgently constructed with shovels and sweat
and sandbags out of the hard red clay of a grassy knob overlooked by higher surrounding mountains. Not for nothing did the arriving Americans immediately think of Dien Bien Phu and a similar French mistake in 1954. Nor did anyone bother to tell these men or their commander, Special Forces Captain Bill Albracht, that the dense triple-canopy jungle that ran back into nearby Cambodia was absolutely crawling with thousands of enemy troops who would soon be coming for them.

Huge US helicopters lifted in two 155 mm artillery pieces and one 105 mm howitzer, along with 27 American artillerymen to serve the big guns. Other helicopters lifted in 156 Montagnard soldiers of the so-called Civilian Irregular Defense Groupâa collection of lightly armed tribal militiasâto provide security for Firebase Kate. The closest road was five miles away. All their supplies, including drinking water, would have to be delivered by helicopter.

Among the North Vietnamese troops sheltering across the Cambodian border, waiting for the signal to attack, was the 66th NVA Regiment, well-known as the outfit that started the American war by attacking the 1st Cavalry Division battalions in the Ia Drang Valley in November 1965. Bled white with hundreds dead and wounded there, it came back to lead the Battle of Hill 875/Dak To against American airborne troops in 1967. The 66th fought again in the siege of Khe Sanh in 1968. Now, in the fall of 1969, it had been reinforced and refitted, and was ready to get back in action killing Americans.

That Firebase Kate survived an all-out North Vietnamese attack for five days and nights is little short of a miracle, given that the enemy opened up with heavy artillery from its Cambodian sanctuary and brought in 37 mm anti-aircraft weapons and plenty ofÂ .51-caliber heavy machine guns to make helicopter support a true nightmare. Mortars and B-40 rockets rained fire on the base. One by one, the firebase's own artillery pieces were knocked out.

Between the endless artillery and mortar barrages came human waves with hundreds of attackers. The Montagnard troops, reinforced here and there by a handful of the bravest artillerymen, fired off tens of thousands of rifle and machine-gun rounds every single day.

What kept the troops at Kate alive were brave helicopter crews bringing
in ammo and water, Air Force fast movers delivering napalm and bombs from F-4 Phantoms and F-100 Super Sabres during daylight hours, and Air Force C-47 Spooky gunships that came out after dark to pour 6,000 rounds of minigun fire a minute onto the surrounding hills and the swarms of attacking enemy troops.

Ground attacks were almost continuous during daylight, while mortars and rockets landed around the clock. No one on Kate slept more than one hour in twenty-four. No one had time to eat beyond snatching a mouthful of C rations during the fighting. Water was in short supply until it was gone entirely. Leaving a foxhole to relieve yourself invited death or dismemberment.

In the midst of this hellish battle for survival, Captain Albracht would be stunned when his urgent radio request for a huge ammunition resupply to beat off the unceasing attacks was arbitrarily cut in half by a rear-echelon weenie whose reaction was:
There's no way those guys need this much ammo
.

Near the end of the fight, with 15 of the 27 artillery troops wounded and one dead, and a third of the 156 Montagnard defenders dead or wounded, Albracht was hoping and praying for a relief force to rescue Kate. He didn't care if that force was American or South Vietnamese: the American 4th Division or the ARVN 23rd Division. Senior US commanders were hoping that the ARVN would move, but all they heard were reasons why it would not. It was only a few Americans and a company of Montagnards, who were hated by the Vietnamese anyway. The Americans weren't coming either, hoping to avoid another pointless battle with heavy American casualties in a war that the leadership back home wanted to end soon.

That left only US Special Forces, Albracht's last best hope, and they ordered two companies of Mike Force Nung troops under an Australian commander to air-assault into the area and attempt to break through the North Vietnamese cordon around the firebase. The Mike Force troops ran into a buzz saw and were forced to pull back and hunker down. If the men on Firebase Kate were going to survive, they would have to save themselves by escaping under the noses of the enemy encircling them and then finding and linking up with the Mike Force troops several miles away.

The survivors, including the wounded, destroyed the already disabled
big guns and the radios and generators and weapons and escaped under cover of darkness. The column of exhausted, shell-shocked men stumbled through dense jungle and bomb craters and broken trees on a long night's march until they found the Mike Force troops who would lead them to safety.

On his way back to headquarters, Captain Albracht looked up the officer who had cut the shipment of ammunition in half, then chased him around his office with violence on his mind until he was restrained by two sergeants while the offending officer ran out the door and down the street.

Albracht and his coauthor, former Army captain Marvin Wolf, have told the story of Firebase Kate splendidly and in great detail. They found and interviewed half the surviving Americans and have woven their individual stories into the larger tapestry. There are tales here that will chill the blood, accounts of incredible sacrifice and bravery in a battle that more closely resembles those in Europe in World War II, or those during the first months after the Chinese intervened in the Korean unpleasantness, than those in Vietnam.