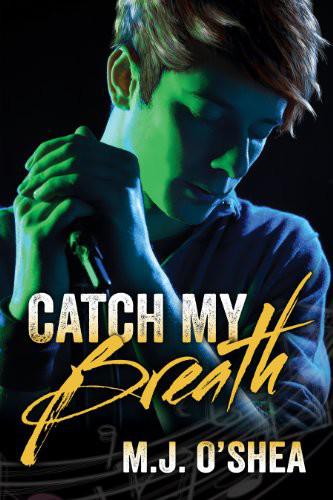 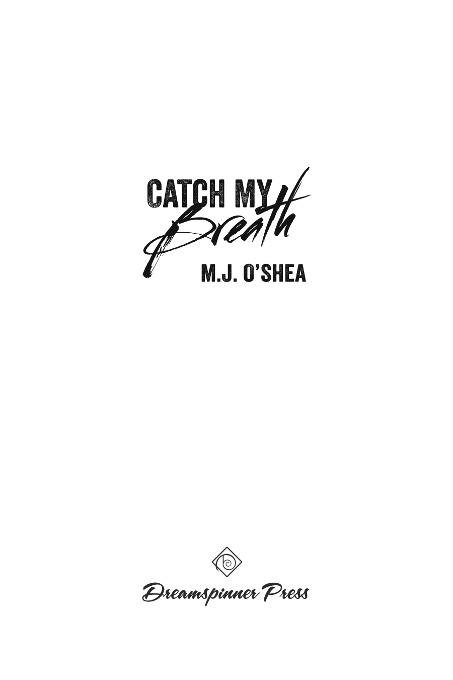 For Tush, Kade, and Anna.

Thank you guys for all the

To Piper… for reasons and feels.

And of course for Poppy.

Baby, you light up my world like nobody else. :)

“W
HAT
’
S
your name?” the woman asked from where she sat behind a long table, clipboard in hand—black shirt, black pants, thick hipstery glasses, bored expression. She’d probably already seen fifty guys just like him that morning, with huge dreams and a tiny, tiny chance. To her, this was just part of the routine.

To Danny Bright, it was everything.

“D-Danny. Bright,” he choked out.
Well, that was fantastic.

The woman raised her eyebrow skeptically. She was terrifying. And that was saying something, ’cause even then she wasn’t as scary as the guy in the leather jacket sitting next to her, who stared Danny up and down as if he were some kind of parasite. Every single drop of confidence he’d felt earlier died.

He nearly turned and walked from the room after such a stellar opening, melted into the floor, disappeared into thin air—anything to get the hell out of that room. But then he remembered that it was his
chance
, and most people didn’t get a lot of chances to do what they really loved. He wasn’t going to let some people he didn’t even know get to him. He was Danny Bright, after all. Star of the theater. Sure, maybe it was just his high school theater, but he was still a star. He’d show them that.

“What are you going to sing, Danny?” It was the scary guy. He had to be Sasha Pulaski, owner of Danny’s possible future.

Danny cocked his hip and blew his bangs off his face. He grinned at the panel of terrifying people and pretended they were just some of his friends listening to him go on and on about a solo in one of their school plays. He took a deep breath and flipped his most saucy smile at the table of industry sharks. Danny refused to be intimidated. Much. “I thought I’d sing ‘Valerie’. I’ve always loved Amy Winehouse.”

“Interesting choice.”
No judgment there or anything….
Danny lifted his chin defiantly. “Whenever you’re ready,” the man prodded.

He shook off the last of his residual nerves, looked right at Sasha, smiled one more time, and then sang—for everything he was worth he sang. After all, he’d never find out if he didn’t try. And even if his chances were one in a whole galaxy of stars, one chance was better than none. They’d been told to have thirty seconds worth of music ready and he used those thirty seconds like they’d change his life. If he got luckier than lucky, they would. Danny took up the whole room, walked closer to the table, even leaned on it when he belted out the verse in the strongest voice he had.

The thirty seconds went quickly, far more quickly than it had when he’d been practicing at home in his bedroom. Danny hoped it was enough.

Danny stopped on the last note and took a jaunty bow. He waited for them to tell him to go home, say they loved him, get up and do a polka maybe? Anything but mind-chilling and deathly long silence. It was hard to keep smiling, hard to keep up the show. Danny’d always been good at it, but not
that
good. Nobody was that good. The four people at the table conferred for freaking ever, then finally turned back to him.

“Good,” Mr. Scary said. “So… Danny. Tell me why I should choose you. There are a hundred other guys in that room. Why should Blue Horizon offer you a contract over them?” He steepled his hands and leaned forward, staring. “What makes you stand out?”

Sweat dripped down his back. The nerves twisted in his stomach, grinding his organs into uncomfortable balls of meat. But Danny had figured they’d ask him something like that. At least he had an answer.

“I know I don’t have Whitney’s voice. Or Mariah’s. But let’s be honest. Most pop stars don’t. I was born to be in front of an audience though. I’m at my best when people are watching me. I like to entertain, I like to be funny. People will remember me.” Danny stopped while he was at least sort of ahead.
Enough info, dork. No more talking.

The panel turned to mutter at each other for another thirty heart-pounding seconds. Danny clenched his fists. Finally,
finally
, Clipboard spoke.

“We’d like to have you wait in room two fifty if you don’t mind,” she told him.

“Does that mean I’m still in?” he asked.
Calm down…. Calm.
Waiting had never been one of Danny Bright’s strong suits, but for this he’d do anything he needed to do.

“You are still one of the possibilities, yes.” The woman gave him another tight smile.

Danny tried not to jump, laugh, smile, anything that would show he was only eighteen and not as experienced as some of the other guys they’d seen.

“Thank you,” he said simply and turned to leave. He did allow himself one small fist pump that he could no longer contain. He was pretty sure they hadn’t seen.

Yes. I’m still in the game.

T
HE
waiting room was a different kind of scary than the lobby had been. No longer a huge pile of hopeless hopefuls, the guys in the small, plain, white industrial-carpeted room had an actual chance. These were the ones who could take Danny’s spot. The room was kind of a random mix. Danny didn’t see a pattern in the maybes; some looked preppy, some more rocker, even a few probably could’ve fit into the hip-hop category. Danny knew he’d drive himself nuts trying to figure out what Sasha was looking for, so he sat in his chair and observed quietly. There was a dark-haired guy in the corner with pale skin and a bright smile. He was messing around on a guitar and scribbling notes in a notebook. Every once in a while someone would talk to him, and he’d grin or laugh, clearly at ease in a stressful situation. Danny noticed him first. It was hard not to. He seemed to draw people in. His clothes needed work. A lot of work. Maybe that was enough to put Sasha off? Probably not.

I’ll have to watch that one. That guy could take all of this from me.

Danny had to remind himself that he’d done everything he could do. It was out of his control. Picking all the other guys in the room apart didn’t make him a more obvious choice. It just made him petty. More guys trickled in. A few got called to the door by the assistant he’d met earlier and were never seen again. Danny hoped that nobody with a clipboard came to call his name. As long as he was still in that stuffy windowless room he was okay. He was still in.

Finally, the woman from the audition room came in. She had a different clipboard and a pile of folders. In her hand was a yellow slip of paper. Danny could see well enough to notice there were only a few names on it. At least fifteen guys were left in the room, but only three, maybe four names could possibly fit on that small square.

Please let me be one of them. I have to still be in.

The one with the black hair and the guitar stood. “I’m Reece,” he drawled. His accent was Southern, so thick it was nearly foreign. Danny watched Reece walk over to the woman. He’d obviously been right to pick Reece as competition.

“Webber Jackson?” the woman called. Danny’s stomach clenched. It wasn’t him. Another guy stood quietly. He was just as pretty as Reece, golden-green eyes, hair in loose black curls highlighted with bronze, skin the color of heavily milked coffee, cheekbones like a model. If they were going just on looks—

“Danny Bright?”
Me?
Danny choked. Despite his earlier bravado, he barely believed it. His legs shook as he stood and joined Webber and Reece at the doorway. They exchanged nervous smiles. It had to be good to have your name called this time, right? It had to be.

A fourth guy, sandy haired and preppy in a soccer team kind of way joined them. Danny wouldn’t have picked him as a standout, but he saw the cute “guy next door” appeal. Tate smiled at them, and Danny tried to smile back encouragingly around the massive lump of fear in his throat. If only they knew what the next step was.

“That’s it. Everyone else is free to go. Thank you for your time.”

Everyone else is free to go?
Danny’s belly flopped. It was really happening, wasn’t it? They were still in. Holy effing crap. He pushed nervously at the rolled cuff of his jeans with one foot and tugged at the scarf he’d been so sure of earlier.

They were led into an office, much nicer than either the audition room or the waiting room. The walls were paneled in shiny dark wood, there were plaques and awards plastered all over, framed posters of bands that Danny had listened to for years, snuck into clubs to see. Just knowing those bands, those heroes of his, had possibly stood right where he was made him feel a bit starstruck.

Danny elbowed Reece. The guy who carried a guitar everywhere had to get it. “Look. That's freaking Shane and Nick Ventura,” he whispered, pointing at a picture of the rock stars reclined on a couch next to the rest of their band. They were just so
famous
.

Reece's eyes bugged out. “Can you believe we're here?” He muttered back.

“Gentlemen, please have a seat.” Sasha strode in and gestured to the chairs clustered on the other side of the desk.

Colorado 03 Lady Luck by Kristen Ashley
Loving Leo (The Romanovsky Brothers Book 3) by Burns, Trevion
The Disdainful Marquis by Edith Layton
Dear Playboy Advisor: Questions From Men and Women to the Advice Column of Playboy Magazine by Chip Rowe
The Pursuit of Happiness (2001) by Douglas Kennedy
We'll Never Tell (Secrets of Ravenswood) by Gallant, Jannine
Murder on the House: A Haunted Home Renovation Mystery (Haunted Home Repair Mystery) by Blackwell, Juliet
Maid for the Billionaire by Ruth Cardello
Running from the Devil by Jamie Freveletti
Sophie's Heart by Lori Wick